Santa prepares for lift off! NORAD tracks Father Christmas as he sets off from Lapland

And he’s off! NORAD tracks Father Christmas as he sets off from Lapland to deliver presents around the world

Santa Claus has set off from Lapland and is speeding around the world as he delivers billions of presents with the help of his reindeer this Christmas Eve.

You can follow along with video below showing the red-suited man being hauled across the planet in his sleigh by Dasher, Dancer, Prancer, Vixen, Comet, Cupid, Donner, Blitzen, and red-nosed Rudolph leading from the front.

Santa began his journey by soaring over the Russian Far East, heading south into the Pacific by late morning London time.

Rudolph cornered sharply over Christchurch, New Zealand, at around noon and led the pack on towards Australia where the journey will continue west to Japan and then northerly through Asia before charting a route across Africa.

From there, the sleigh will enter European airspace, arriving in Britain before heading out across the Atlantic to Canada, the United States, Mexico and South America.

He can be expected in the UK between 9pm and midnight (GMT), and around the same time (ET) in North America.

Santa Claus, who is understood to have received his booster jab, is seen wearing a mask as he flies over the South Pacific earlier today with his reindeer 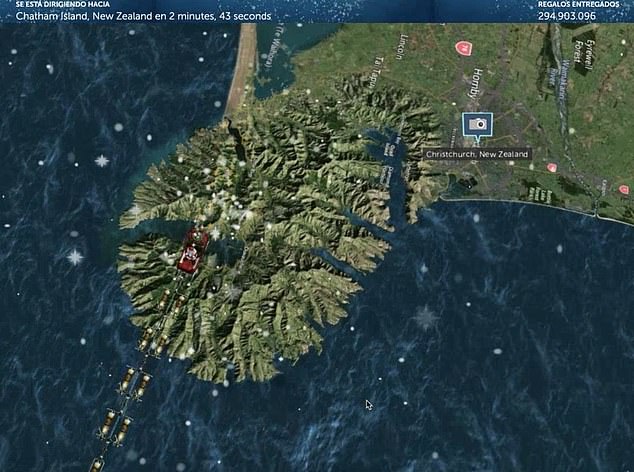 Claus is spotted over Christchurch, New Zealand, on Friday at around noon UK time 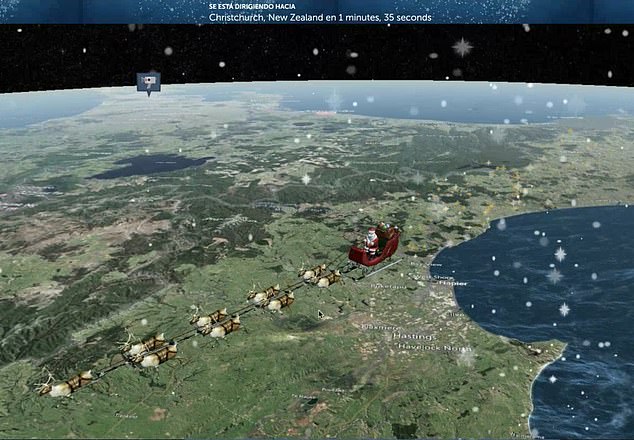 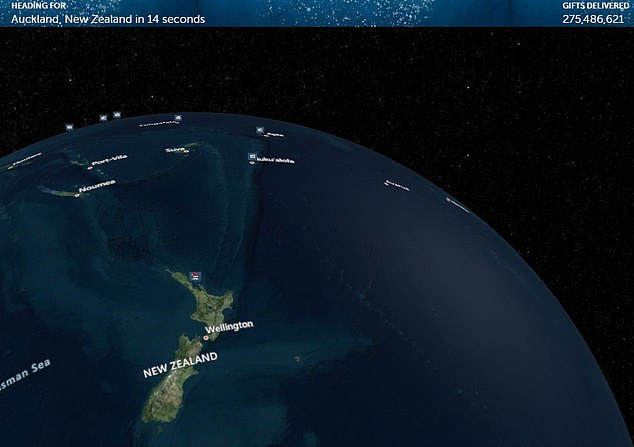 Santa traditionally begins his journey out in the Pacific, visiting New Zealand and Australia, before heading west to Japan and then up through Asia before charting a route across Africa. 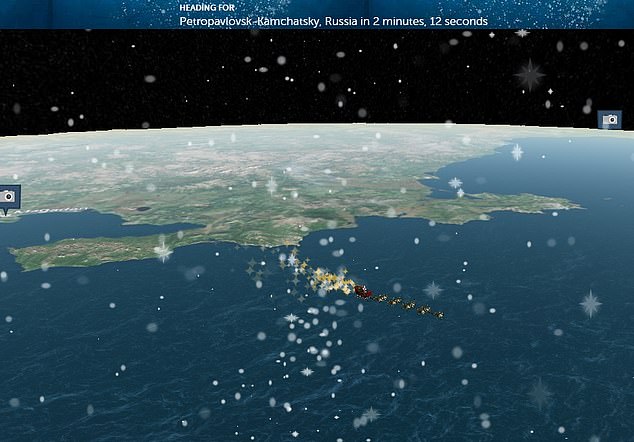 Santa heading over the Russian Far East this morning

Earlier, Santa was making a list and checking it twice as he worked alongside his elves to make final preparations, packing the last of the presents and feeding his reindeer ahead of the journey.

NORAD will be working alongside various international partners to keep an eye on Santa, including the Royal Air Force and the Royal Canadian Air Force, as well as the US Secret Service.

The US Secret Service said had readied its team to help escort Santa as he makes his rounds across the country tonight.

‘The Big Red Protective Detail is selected, assembled and stands ready to fulfill their seasonal mission. The American public can rest assured that Mr. S. Claus, here from the North Pole, will travel safely and securely throughout his U.S. tour,’ the Secret Service tweeted.

Meanwhile the RAF Fylingdales in North Yorkshire said it was using its massive radar systems to help NORAD track Santa on his globe-trotting trip. 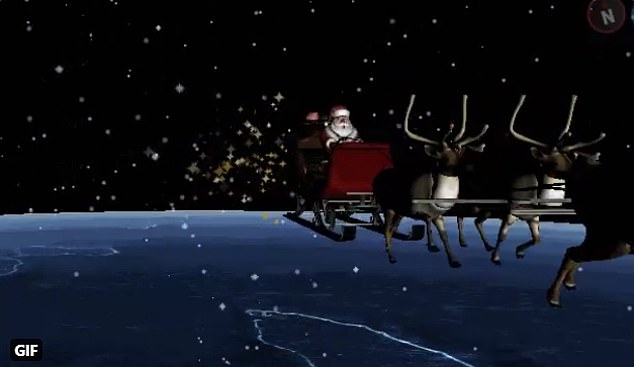 North American Aerospace Defense Command (NORAD) will be using their military expertise to help track Father Christmas as he plots his course to billions of chimneys around the world. 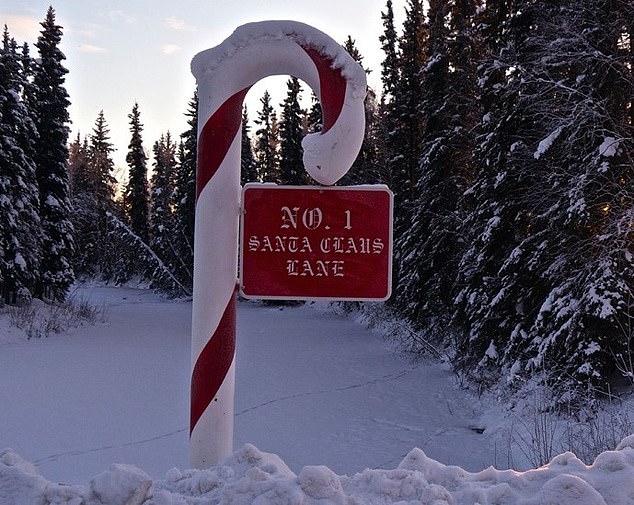 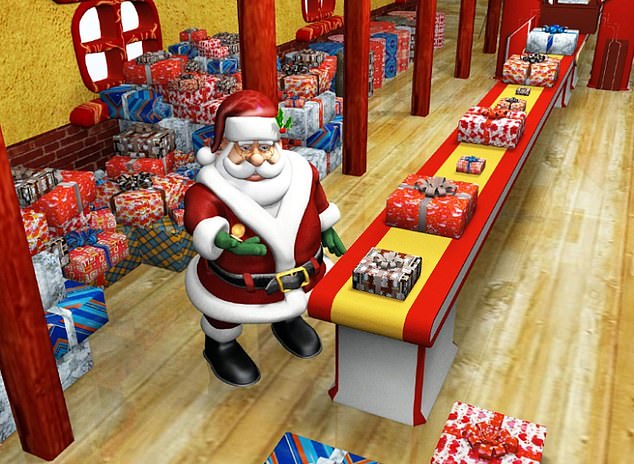 ‘It is a team effort to track #Santa. Cheers @RAFFylingdales!,’ NORAD tweeted.

NORAD has been tracking Santa’s whereabouts on Christmas Eve since 1955.

For the rest of the year, NORAD is responsible for protecting America’s planes and airspace but, every Christmas Eve for the last 65 years, it puts its important work on hold for another matter of global importance – that Santa safely delivers all his presents on time.

‘The same assets we use in our aerospace warning and aerospace control missions 24/7/365 are used on Dec. 24 to track and escort [Santa],’ the agency tweeted.