The Islamic State-inspired atrocity that killed 14 and injured many more in Barcelona will be claimed as another example of the clash of culture, religion and ideas between the world of Islam and the West.

There will be a swift recognition that the perpetrators were young men, either first- or second-generation immigrants, radicalised by fundamentalist Islamism.

There will be hand-wringing about what motivates them to carry out such horrific attacks and how to prevent it.

But to restrict ourselves to the same narrow questions can only result in failure to get to grips with global jihadism.

I run an organisation which works to oppose Islamist extremism and have seen at first hand the reality of radicalisation of young people in Birmingham, Bradford and Luton.

It is clear to me that we must also look at the wider context of why so many young people are seduced by extreme Salafi-Jihadism. Only by knowing the nature of the beast can we know how to combat it.

To do that, we must recognise that despite the oft-repeated claims that there is a clash between Islam and the West, the real battle is within Islam.

Islam has more than a billion followers, but large swathes of today’s Muslims hold competing and often conflicting claims of what values and principles the faith stands for.

The result is that contemporary Islam is suffering a colossal crisis of identity which has created a vacuum. Islamist extremism and the terror it incubates has helped fill the vacuum.

Millions of Muslims across the world subscribe to interpretations of Islam that endorse co-existence, humanity, tolerance and compassion.

They genuinely believe Islam is a religion of peace. It’s why for centuries Christians, Muslims and other minorities lived together peacefully in many Middle Eastern countries before the ascent of ISIS.

When my parents moved from Pakistan to Bradford in the 1960s, they and many others of their generation had no expectation of Sharia law or wearing the veil. They did not believe Islam was incompatible with a secular democracy. 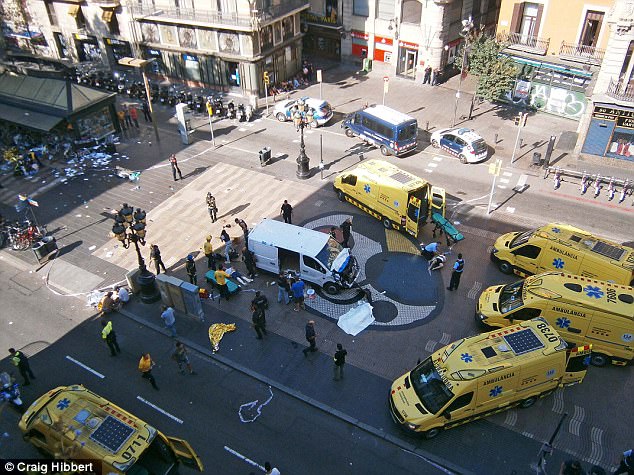 The Islamic State-inspired atrocity that killed 14 and injured many more in Barcelona will be claimed as another example of the clash of culture, religion and ideas between the world of Islam and the West

They were comfortable with being British Muslims, proud to integrate with their adopted country while keeping their religion.

However, equally a growing number of Muslims here and abroad have a different understanding.

Their beliefs are based on a politicised, puritanical ideology which is anti-Western, advocates religious supremacy, intolerance, the requirement to live in a caliphate, and an opposition to democracy and fundamental human rights.

They look to ISIS leader Abu Bakr al-Baghdadi who once claimed: ‘Islam was never a religion of peace. Islam is the religion of fighting.’

This was once a minority interpretation. 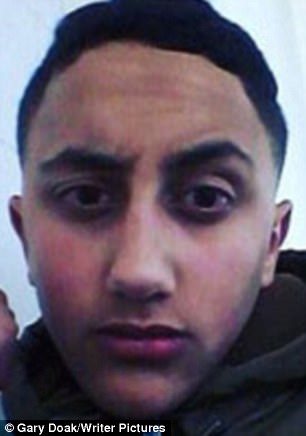 There will be hand-wringing about what motivates them to carry out such horrific attacks and how to prevent it. Pictured: Suspect Moussa Oukabir, 18

In 2015 the security organisation The Soufan Group revealed 27,000 Muslims from 86 countries had been drawn to ISIS’s so-called caliphate.

But rather than being an authentic representation of Islam, the fundamentalist ideology of Salafi-Islamism is actually a far-Right interpretation of it.

The ideology of the Salafists has won over an increasing number of young Muslims who misguidedly believe that Salafi-Islamism represents ‘normative Islam’.

You might expect second- or third-generation immigrants to be well integrated into British society. But it is among these young people that radicalism is spreading. They are of a generation where the internet is more influential than the mosque.

Just like the white supremacists in the USA, they have been exposed to YouTube preachers of hate. In powerful and emotive propaganda films, these Islamist preachers oppose democracy and integration and tell them they should be living in a caliphate.

I recall speaking to one young British Muslim woman who was adamant the extremist lectures she had been attending were mainstream Islamic teachings.

She did not understand she was defending a far-Right Islamist ideology and had no understanding of the differences between Islam itself and politically inspired Salafi-Islamism.

It is clear to me that Salafi-Islamism has become mainstream and that more enlightened versions of the faith have been marginalised. It is here that the battle against extremist Islamism is critical.

After the attacks in Spain, the Syrian Muslim scholar Muhammad al-Yaqoubi tweeted: ‘The Barcelona attack proves that we Muslims haven’t done enough to counter extremist ideology in our communities….it frustrates me when some Muslims say: “It has nothing to do with Islam.” ’

No, IT has. ISIS is from within us and is our problem. It is a problem we must tackle. We need to recognise that statements condemning terrorism will not diminish the appeal of Islamism. 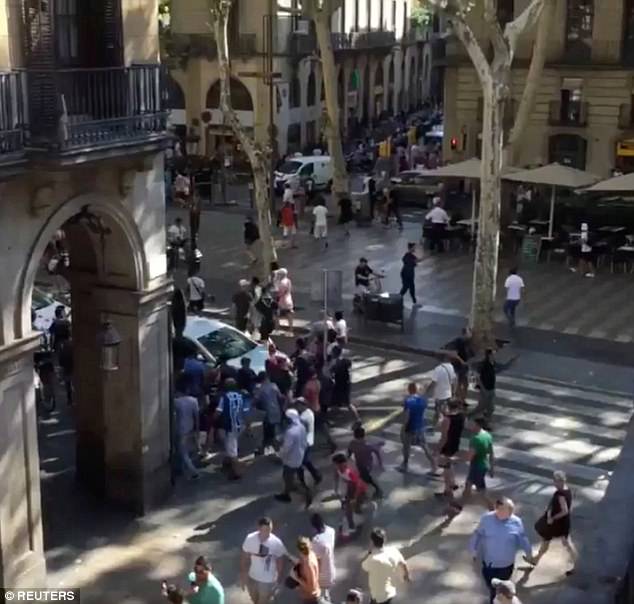 Groups such as ISIS recognise that the ‘them’ and ‘us’ narrative is an essential part of their recruiting propaganda.

Anti-Muslim bigotry has the same effect, as former CIA director David Petraeus acknowledged when he said such hatred ‘directly undermines our ability to defeat Islamist extremists by alienating [those] whose help we most need: namely, Muslims.’

Instead we need to challenge head-on the worldview and ideology of the extremists.

Muslim theologians need to provide an alternative to the toxic narrative propagated by Islamists and clarify theological issues such as jihad, sharia, the caliphate and the global Muslim community (ummah).

ISIS and its allies have been hugely successful in using the internet to spread their propaganda of hate.

Now those same techniques should be urgently used to powerfully articulate an Islam which embraces equality, human rights, freedom and democracy while exposing the incompatibility of Salafi-Islamism with Islamic teachings.

Similarly, counter-terrorism initiatives need to recognise this existential battle for the soul of Islam and support those Muslims who are on the frontline. It is a battle we must win.