The Résonances de Cartier collection includes some of the luxury jeweller’s most iconic gems.

So who better to show them off than the dazzling Portuguese supermodel, Sara Sampaio?

The Victoria’s Secret Angel has swapped her usual beach bombshell vibe for a Hollywood princess effect in the latest issue of Sorbet Magazine, which captures the model in gowns worthy of Grace Kelly, and with her hair swept back into a classic chignon to show off the jewels to full effect.

The sparklers Sara wears all feature in the Cartier Haute Joaillerie exhibition, which includes priceless pieces that once belonged to some of the world’s wealthiest and most prominent families, including the Vanderbilts and the Woolworths.

It even has diamonds that once adorned perhaps the most famous collector of all; Elizabeth Taylor. 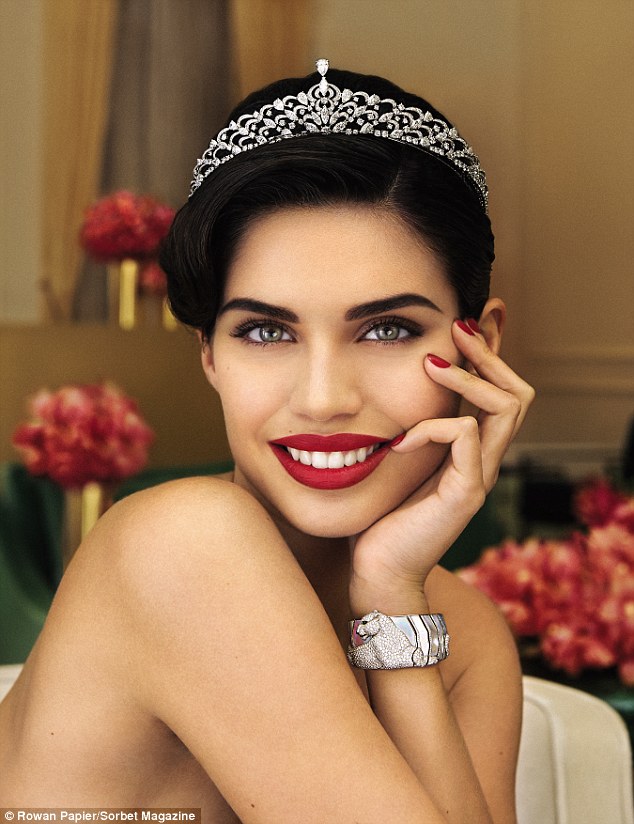 Though perhaps not on a par with Taylor’s jewellery box, Sara’s personal collection is no less precious, she said.

The supermodel revealed her favourite pieces are an angel ring she was given as a gift by Ed Razek, senior creative at Victoria’s Secret, the lingerie brand that has made Sara a household name.

The model, who is dating the actor Olivier Ripley, also rarely parts with her evil eye bracelet, she said. 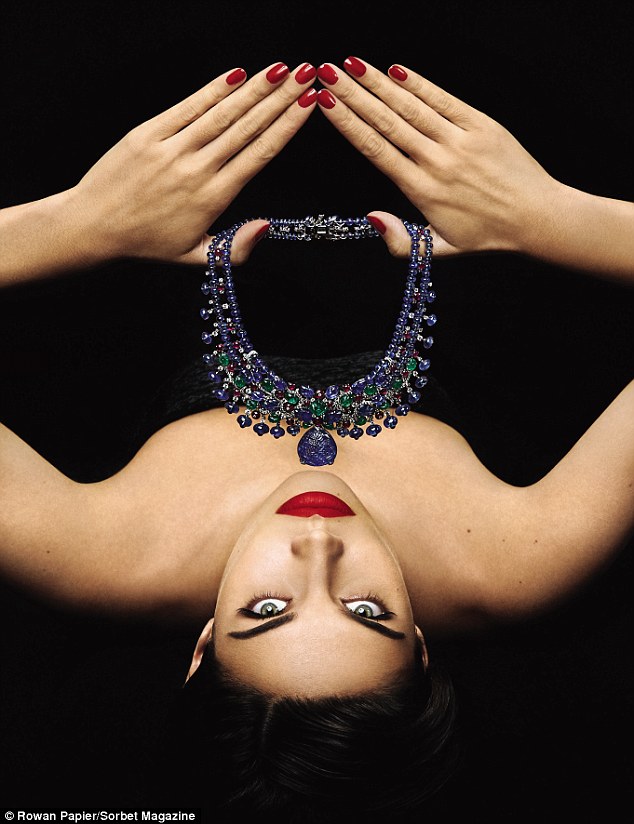 Sara, who has a staggering 10million followers on social media, also joked that she would be tempted to rob a bank for the ‘biggest ruby in the world’. 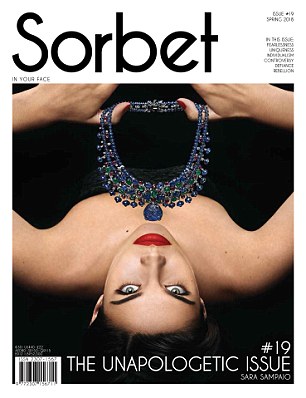 But not all of her favourite things are extravagant – the model also revealed her penchant for watching episodes of This Is Us and chocolate Digestive biscuits.

The Portuguese star recently insisted she will never tone down her provocative image for the sake of what she claims is a misguided definition of feminism.

‘But if a girl is being sexy because she wants to be sexy, people are saying, “Oh, no, you can’t be sexy.” Isn’t that anti-feminism?’

‘Victoria’s Secret is not geared towards men – we are selling lingerie to women,’ she added. ‘We are selling a dream.

‘Everyone wants to feel sexy.’ 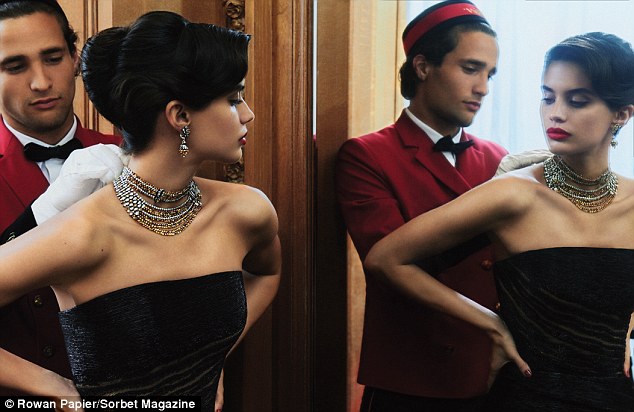 Sara’s own most treasured pieces of jewellery include an angel ring she was gifted by the creative director of Victoria’s Secret, and her evil eye bracelet, she says 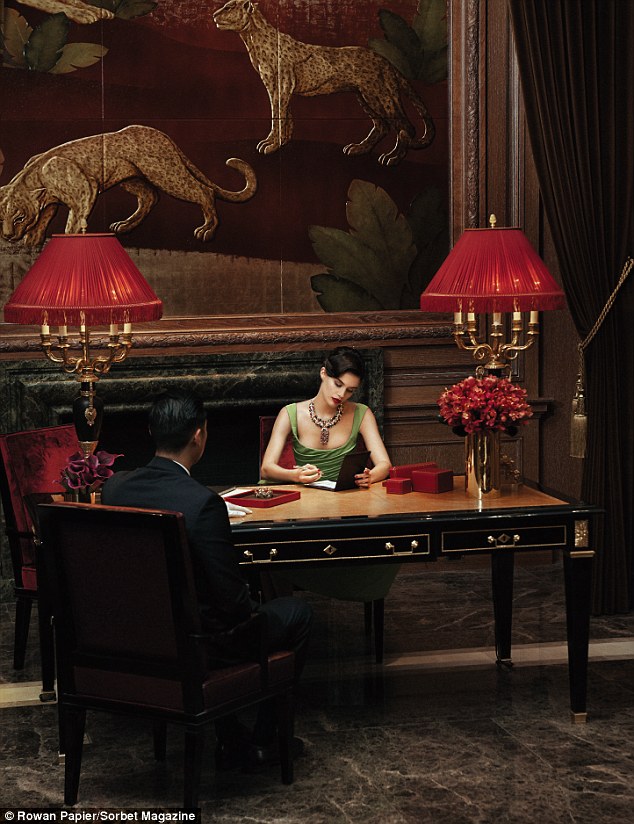 At the Cartier Mansion in New York, which will play host to the jewellery exhibition