The Block has always been a ratings bonanza for Channel Nine.

But Sunday’s episode was particularly successful for the network, pulling the biggest audience so far this season.

According to Mumbrella, 1.293 million viewers metro viewers tuned in to watch Sara Vale throw a tantrum after the judges criticised her $75,000 bathroom.

Tantrum: Sara Vale’s on-screen meltdown that shifted those numbers on Sunday night, after she threatened to walk off the show for good, when her renovation came last for a third week in a row

The renovation show also drew a national audience of 1.821 million viewers, blitzing the competition in the key demographics.

Since The Block premiered three weeks ago to a metro audience of 1.163 million, the show has steadily grown its audience.

Meanwhile, Channel Seven’s Little Big Shots drew 864,000 viewers in the five capital cities on Sunday, and Russell Coight’s All Aussie Adventures on Network Ten brought in a metro audience of 513,000. 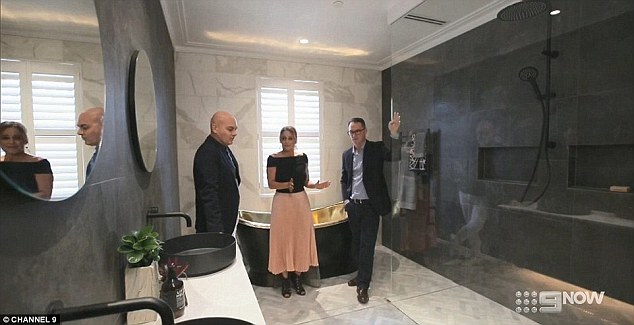 Mistakes: And even after forking out $11,000 on a luxurious brass bath, salt was rubbed into the wound when Sara was offered a mentoring session with judge Shaynna Blaze in order to stop making costly mistakes

It seems Sara’s meltdown over the judges’ reaction to her and husband Hayden’s $75,000 bathroom proved irresistible to viewers.

On Sunday’s episode, the mother-of-one threatened to quit the show when her renovation finished in last place for the third week in a row.

The Block continues Tuesday at 7.30pm on Channel Nine 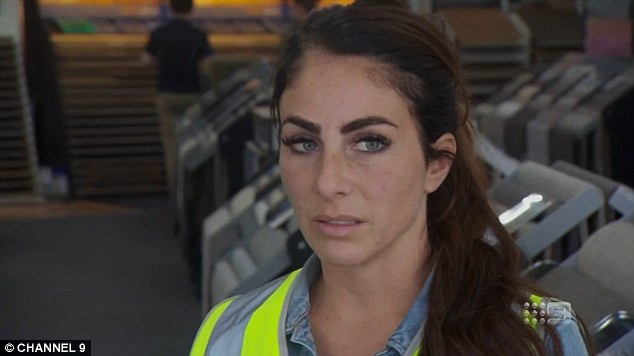