The Duchess of York looked svelte and chic as she rubbed shoulders with Made in Chelsea star Kimberly Martin at the Andrew Martin Design Awards tonight.

The awards, held at the V&A in London, are hosted by design house Andrew Martin and celebrates designers in their craft.

Sarah Ferguson, who celebrated her 63rd birthday on October 15, was seen dressed in an all-black ensemble.

The Duchess looked smiley as she stood next to Made in Chelsea’s Kimberly Garner, who looked polished in a grey trouser suit

Sarah, 63, looked slim in an all-black outfit and a sparkly black clutch complete with black tights and shows

She wore a black dress cut above the knee and topped with a waistcoat, with a black blazer and short heeled ballet shoes.

The Duchess paired the outfit with gold jewellery and her signature strawberry-blonde locks were loose on her shoulders.

Also spotted at the V&A Museum was Princess Michael of Kent, who was pictured wearing a stunning jewel-coloured kimono over a cream jumper and black trousers.

The princess, who is married to  Prince Michael of Kent and is the cousin of the late Queen Elizabeth II, beamed as she arrived at the awards.

She also appeared to present an award to Martin Waller, who picked up a lifetime achievement award. 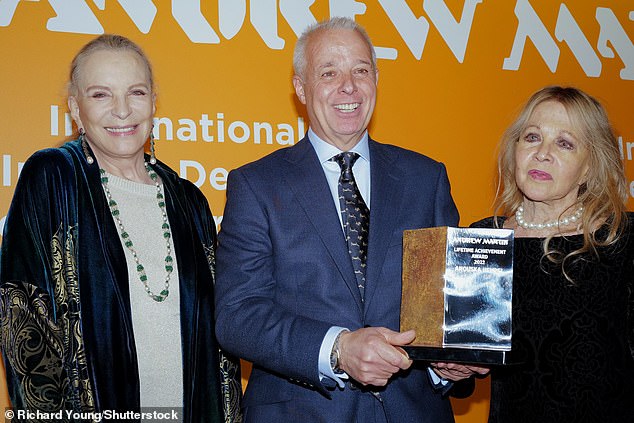 Princess Michael of Kent also appeared to present an award to Martin Waller, who picked up a lifetime achievement award 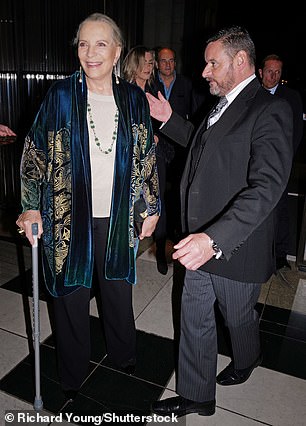 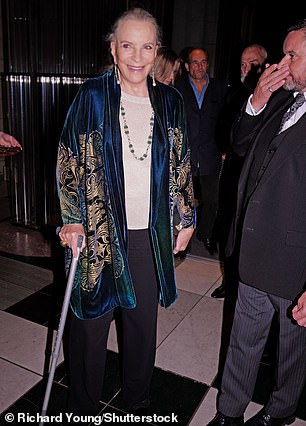 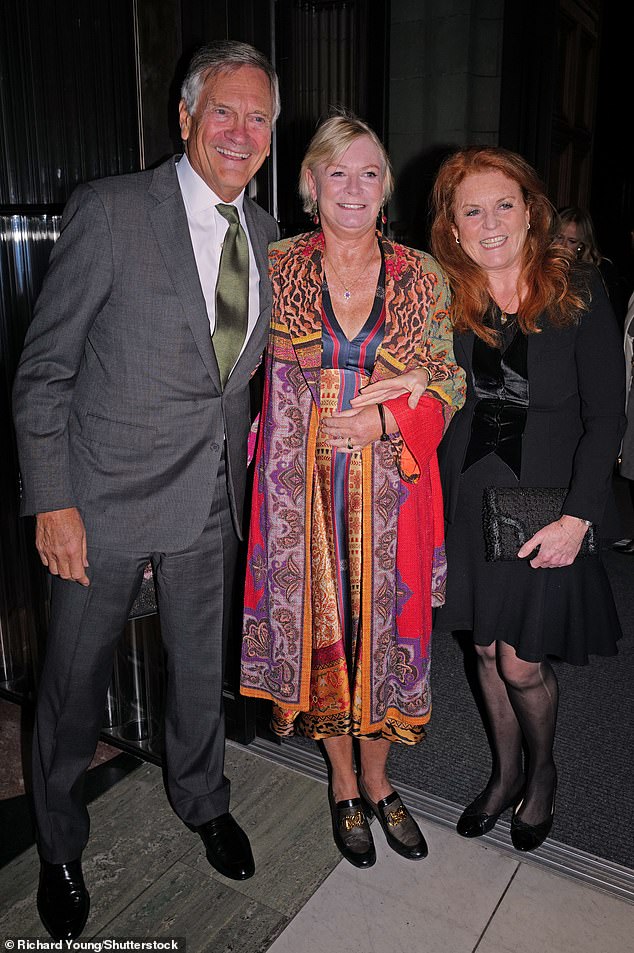 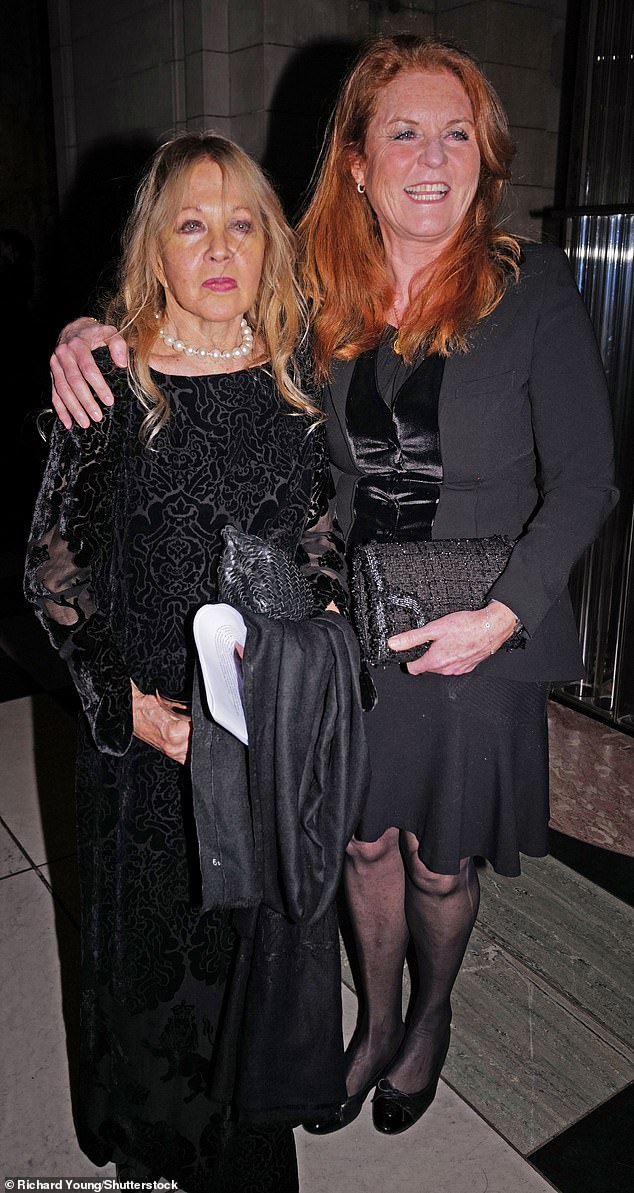 On Saturday, Princess Eugenie has shared a touching birthday greeting with her ‘dearest mumsy’ Sarah Ferguson.

The 32-year-old royal took to Instagram to post the message to the Duchess of York, who turned 63 on October 15.

Eugenie shared a selection of candid images featuring her mother, and wrote a caption alongside them.

It said: ‘Half an hour left to go of October 15th 2022 but better late than never.. Happy Birthday my dear mumsy!’

Meanwhile the royal marked her birthday on Instagram herself by sharing a series of heartwarming pictures of her snuggling up with the Queen’s corgis – calling Muick and Sandy the ‘present that keeps on giving’.

Earlier this month the mother-of-two gave an update on the two corgis she adopted following the death of the Queen in September. 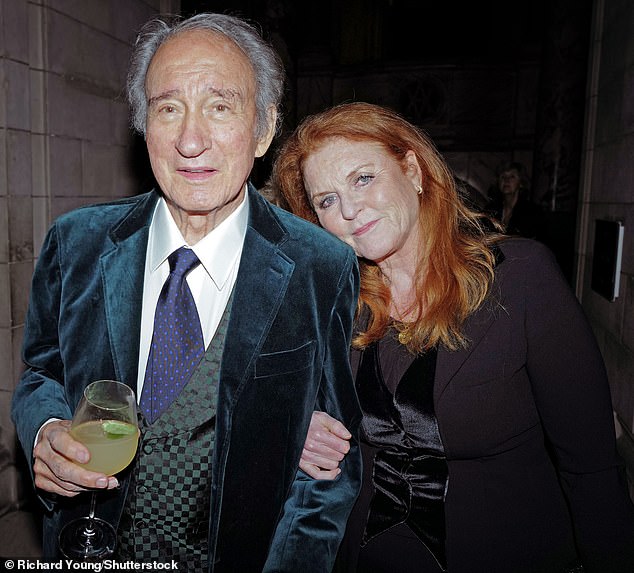 The Duchess of York, 61, now cares for the two dogs, Muick and Sandy, with her ex-husband Prince Andrew, 62, at their Royal Lodge home near Windsor Castle.

Speaking at the recent Henley Literary Festival, the royal described taking care of the animals as a ‘big honour’, according to the Telegraph.

She added that Muick and Sandy are ‘national treasures’, noting that they have been well-trained, describing them as having been ‘taught well’.

As Sarah and Andrew already shared five Norfolk terriers, the two corgis have had to integrate with them.

According to the Duchess: ‘They all balance out, the carpet moves as I move but I’ve got used to it now.’

The dogs were a gift to the Queen from Andrew and his daughters Princess Beatrice and Eugenie following the death of the Duke of Edinburgh.

It was believed the pair had been walking the dogs in the months leading to the Queen’s death.