She was spotted aboard Air Force One wearing a baseball hat reading: ‘Make America Texas.’ 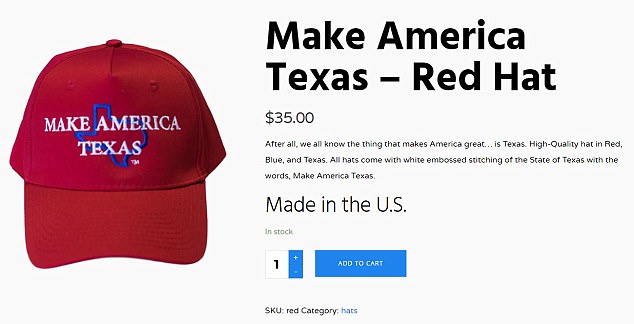 Wood started promoting the caps in mid-2016, as Trump was on his way to clinching the Republican presidential nomination.

‘We all know the thing that makes America great … is Texas,’ he writes on his website.

Wood is the author of ‘Fatherpower,’ a 2005 book about how men can improve their parenting by shedding their own fathers’ destructive habits. 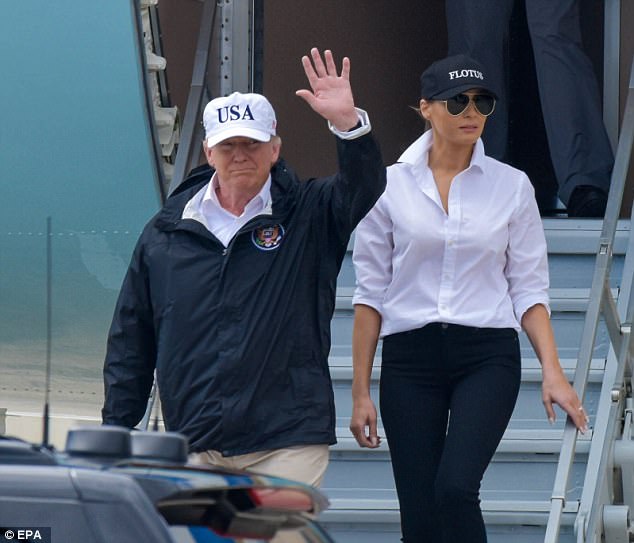 Sanders accompanied President Trump to Texas on Tuesday as he met with disaster recovery officials.

The Washington Examiner first reported on Sanders’ Lone Star State headgear, which was photographed by a Politico reporter.