Sarah Jessica Parker has broken her silence on Cynthia Nixon’s bid to be the Governor of New York.

The Sex and the City star officially endorsed Nixon on Thursday, a little over a week after the actress announced she was launching a campaign to challenge the current governor of the state, Andrew Cuomo, in the Democratic primary.

‘A mother. An activist. An advocate. A fighter. A NY’er. A dear friend. Running for Governor of our great state’ wrote Parker.

‘My sister on and off screen, you have my love, support and vote.’

Nixon has failed however to win over all of her Sex and the City co-stars, with Kim Cattrall commenting about the news of Nixon’s political run by writing: ‘I support & respect any former colleague’s right to make their own career choices.’

Those hollow and underwhelming remarks stood in stark contrast to the tweet posted by Kristin Davis, who two days prior stated: ‘I’m sorry I’m not in NYC to join the party tonight, but i gladly donated! @CynthiaNixon for Governor!’

The men of Sex and the City have been far more kind to Nixon, with Willie Garson writing: ‘I cant think of anyone who’s more prepared, more caring, more educated on the issues and more READY than @CynthiaNixon ….please join her on this journey, together we can turn things around with candidates such as her.’

And when a Twitter user suggested that Evan Handler run alongside Nixon as lieutenant governor, he wrote: ‘Has a movement begun…’

It has not been all good news though, as former New York City Council speaker Christine Quinn slammed Nixon as an ‘unqualified lesbian’ in response to the news of her run.

Nixon responded by selling eye-catching buttons with the disparaging phrase emblazoned on them through a Democratic fundraising site for $5 each.

All sales go towards the running of her campaign. 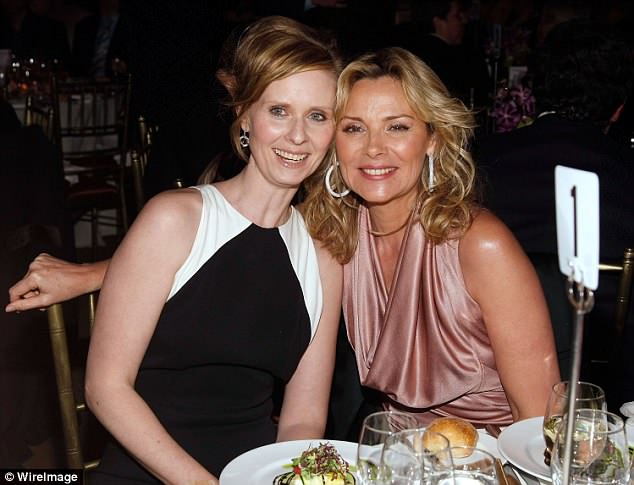 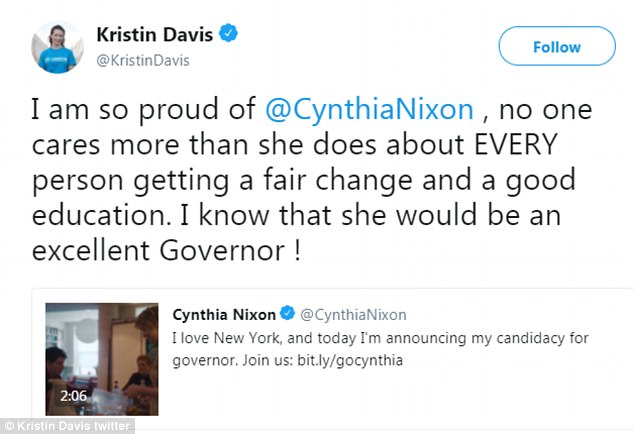 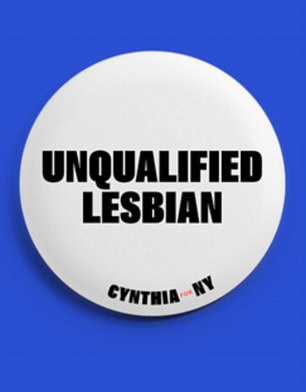 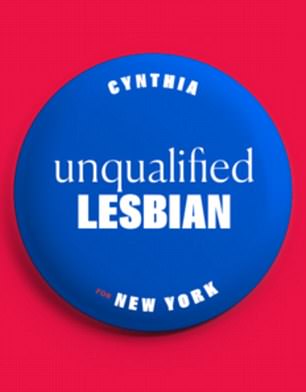 She also began to lay out what her platform will be as she prepares to face off against the sitting governor. 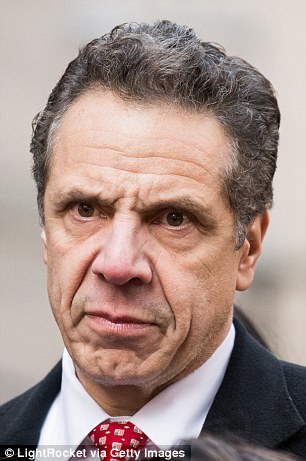 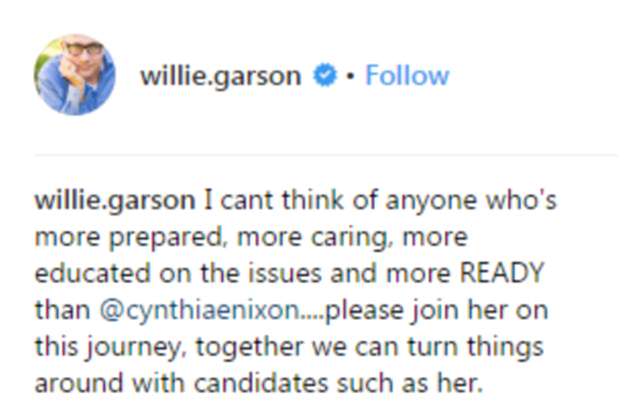 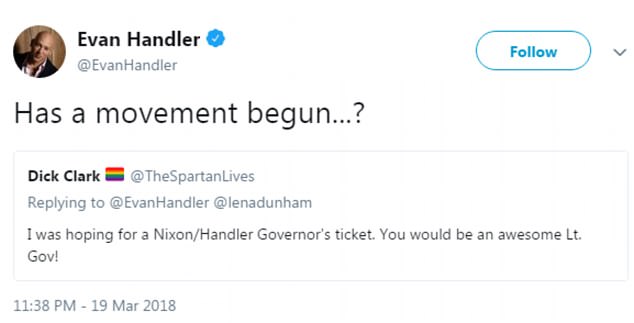 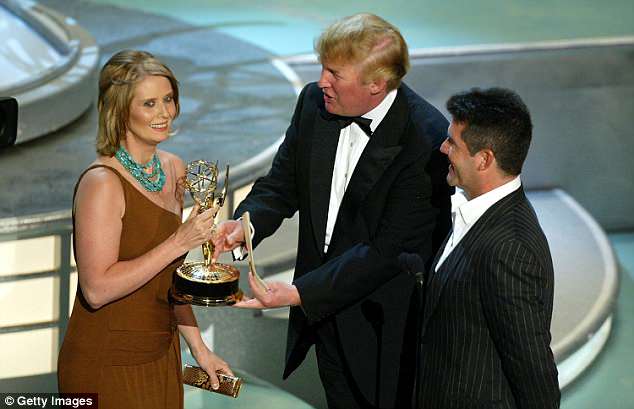 Deja vu: Nixon launches her bid for governor in the wake of President Trump’s victory (Trump presents Nixon with an Emmy in 2006)