Bezos, 54, was declared the world’s richest billionaire by Forbes in March with a net worth of $126billion.

Despite Amazon’s massive growth, many of its employees still make a meager living as hundreds of workers in Ohio live off of food stamps and require government assistance to get by. 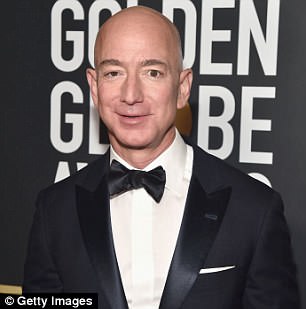 Sarah Silverman slammed Amazon founder Jeff Bezos, the richest man in the world, on Twitter on Sunday asking why his employees live off of food stamps as he vacationed in Norway 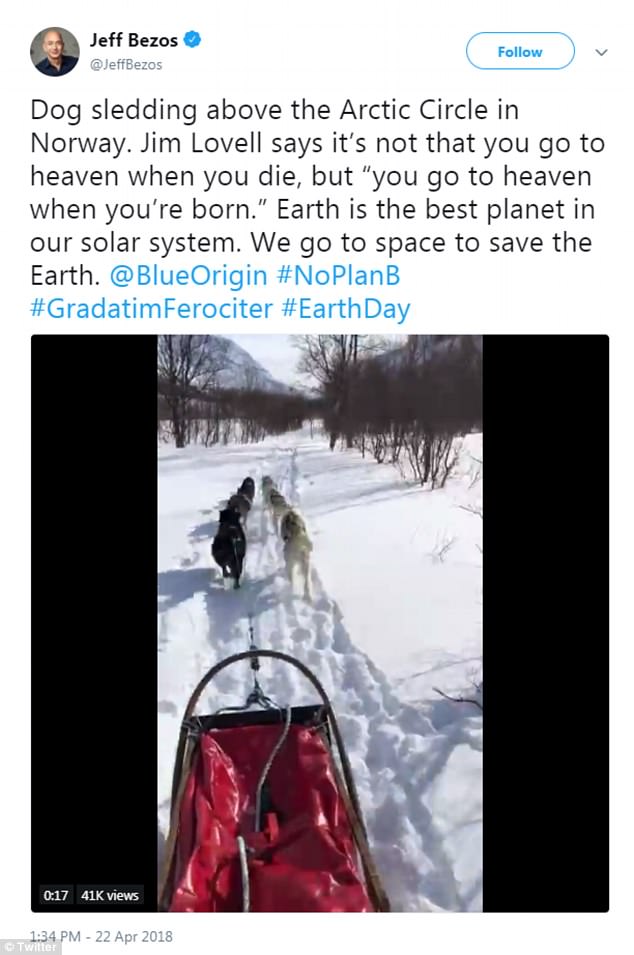 On Sunday Bezos posted a video of himself dog-sledding in Norway, which led Twitter firestorm where users admonished the Amazon founder for poorly compensating workers 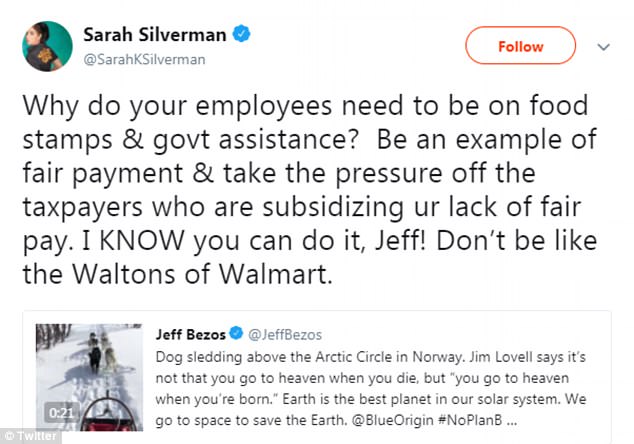 Silverman responded to the tweet saying: ‘Be an example of fair payment & take the pressure off the taxpayers who are subsidizing your lack of fair pay’

Actress Silverman fired back at his tweet saying: ‘Why do your employees need to be on food stamps & govt assistance?’

‘Be an example of fair payment & take the pressure off the taxpayers who are subsidizing ur lack of fair pay. I KNOW you can do it, Jeff! Don’t be like the Waltons of Walmart,’ she added.

Silverman’s sharp comments referred to a Policy Matters Ohio report released in January that revealed that as of August 2017 more than 700 Amazon employees in Ohio drew benefits from the Supplemental Nutrition Assistance Program (SNAP), according to Business Insider.

The report revealed that 10 per cent of all Amazon employees in Ohio relied on food stamps to survive.

To add to the blow, Amazon employees who rely on food stamps cannot use the coupons at Amazon’s cashier-free store Amazon Go, according to CNBC. 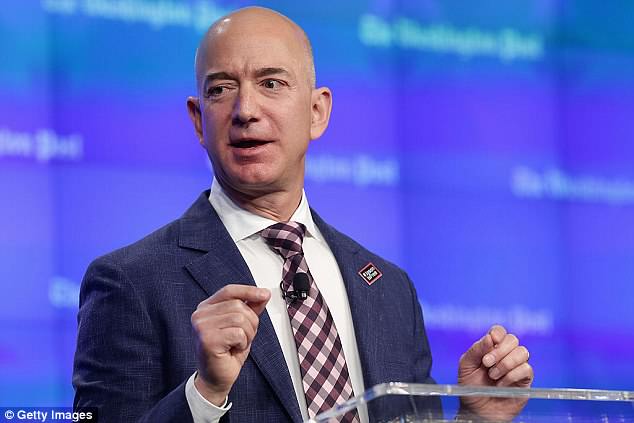 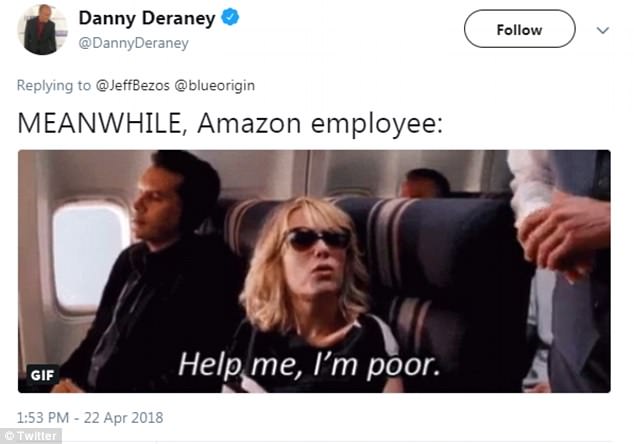 Others stressed the poverty that Amazon employees on food stamps experience

While Bezos compares his vacation to heaven, his critics were quick to point out his employees’ hellish reality on their poor salaries

‘You capitalist pig’: Many Twitter users were quick to demand that he redistribute his company’s wealth

One user wrote: ‘Treat your employees the way you would want to be treat’

‘The sudden emergence of Amazon as an employer of so many who need that assistance raises a question: Why is this giant, successful company offering such limited pay and hours of work that many of its workers need help buying food?’ Policy Matters research director Zach Schiller said in a press release.

On Wednesday Amazon revealed that its median employee made less than $30,000 in 2017.

Bezos makes 59 times the median employee, according to MarketWatch.

But the 47-year-old actress wasn’t the only critic to attack Bezos for the stark salary disparity with his employees.

‘Livable wages. Taxes. Less packaging. Fix these things that are entirely within your control for your corporation and then I’ll take you seriously,’ one Twitter user wrote.

‘At lot of your employees can’t afford to feed their dogs some days. Have fun up in heaven though. Do better,’ another user wrote.

‘Redistribute your wealth or suffer at the hands of the working class you capitalist pig,’ one user warned.

‘You have plenty of money – more than you’ll ever need. Pay living wages. Treat your employees the way you would want to be treated,’ Lori Ann said.

‘You know what would be heaven? Paying your employees a livable wage and watching their posts about sledding in Norway. Pass the good fortune, not the pee bottles,’ user Gregory Clark wrote.