SARAH VINE: Attacking ‘Karens’ is just racism by another name

Until last week, if you had asked the BBC to nominate the most reviled species on the planet, the answer would have been obvious: middle-aged white men, of course, the necrotic heart of the evil patriarchy (so long, Andrew Neil et al).

But not any more, it seems. For Auntie has a new enemy in her sights: Karen.

A Karen, in case you didn’t know, is a term used on social media to denote a middle-aged woman who is unaware of her ‘white privilege’.

Someone who has forgotten, almost certainly maliciously, to recognise that her very existence is an affront to all forward-thinking people. We learned this in a trailer this week for a BBC podcast called No Country For Young Women.

Responding to the question ‘How can white women not be Karens?’ journalist Amelia Dimoldenberg and historian Charlotte Riley explained that any woman who is ‘unwilling to accept that her whiteness is a privilege’ is a Karen.

And, as such, she needs to ‘educate herself’ and should ‘read some books so that you are aware of the histories of white people and race’.

But, if she doesn’t do this — probably because she is too busy hanging out her wokelets’ washing or making their vegan dinner — the message in the podcast is this: ‘Get out of the way, basically.’

In other words, any woman of my generation who fails to publicly condemn herself as a worthless worm on whose shoulders rest all the sufferings of every person of colour is, to use the modern terminology, cancelled. 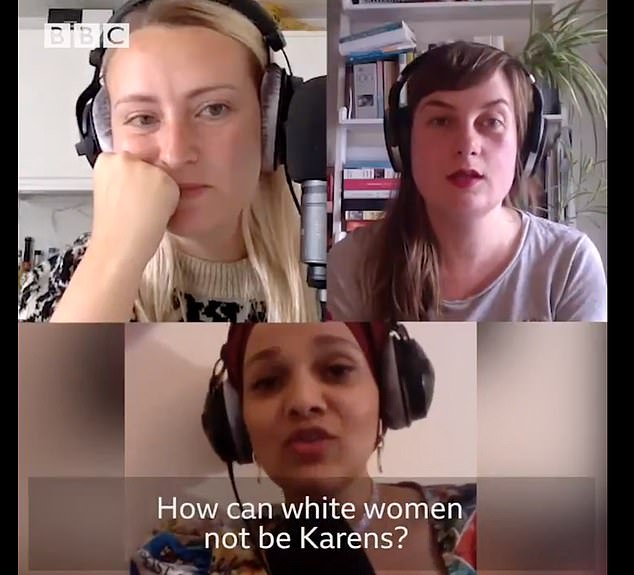 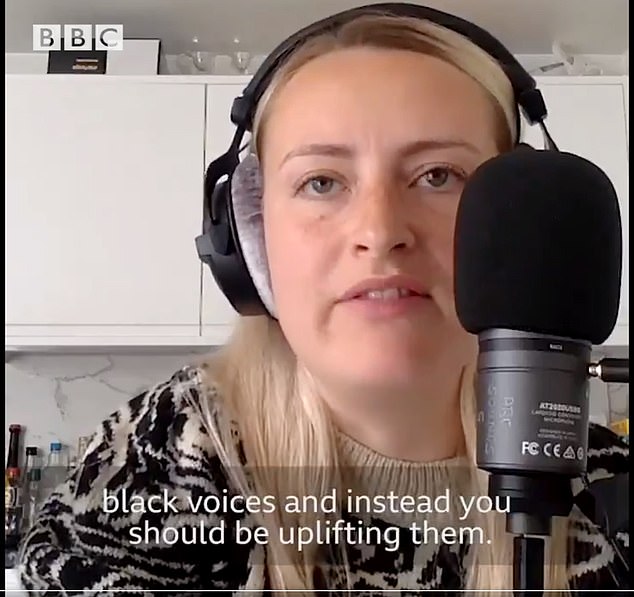 Which, even by the BBC’s current standards, is quite a notion.

Don’t misunderstand me. I am — and always have been — very aware of how racism blights the lives of people of colour. I’ve seen it happen over the years to people I love, and it is soul-destroying.

It’s not just men like David Starkey, making grand racist statements; it exists on a much more organic — and in some ways more pernicious — level, too.

It’s this kind of everyday racism that chips away at people, that damages their sense of worth and causes anger and resentment.

I also completely understand what people mean when they talk about ‘unconscious bias’. I’ll give you an example.

A few years ago I was talking to a friend of mine, who is black, at a party, when a fellow guest turned to us. ‘Could you fetch me another glass of wine?’ she said to my friend.

It took a split-second to realise that she thought that he was a waiter because of his skin colour.

I was mortified: this is one of the most accomplished, talented and, incidentally, kindest men I know. And he was being treated like a servant.

It is that kind of unthinking bias non-whites have to put up with every day of their lives. And when it happens, they and those around them have a right to call it out.

But it is also why the Karen meme is so wrong. Because it is the other side of the same coin. It judges people — specifically women — on their colour, sex, age and social background.

And what is that if not another form of bigotry? One the BBC, it seems, has embraced.

For an organisation that supposedly prides itself on its impartiality to use taxpayers’ money to broadcast such malicious drivel unchallenged is not only dangerous, it is also hugely divisive. It is as bad a racial slur as any other.

History shows that it’s when people feel marginalised that they commit the most wicked crimes.

There are lunatics on both sides of this culture war. That the BBC chooses to indulge them is a sad indictment on an organisation that was, until very recently, the envy of the world.

A few weeks ago I wrote about my fears that thousands of vulnerable teenagers locked out of schools by Covid-19 might never return.

It was just a reaction, really, to what I was seeing on the streets and in the parks of London.

But now Anne Longfield, Children’s Commissioner for England, has spoken about a ‘lost generation’ of potentially 120,000 youngsters — a staggering number if true — sucked into a world of gangs, drugs and worklessness, and asks for a fund of £650 million to be used for schemes to bridge the gap between now and the reopening of schools in September.

Yet it’s going to take more than money to convince these kids to swap the lure of fast cash and Gucci trainers for hard work and lessons. In its own way, this is a kind of mini culture war, one that parents, teachers and the police — powerless in the face of an urban culture that glamorises violence and crime — are slowly losing.

I hope someone cares for Kate

My heart really does go out to Kate Garraway, whose husband Derek Draper has been gravely ill with Covid-19.

He has regained consciousness but is by no means out of the woods.

Doctors have told Garraway not to put her life on pause and to ‘get back to work so that I can provide for the children’. That is a tough message, by anyone’s standards. 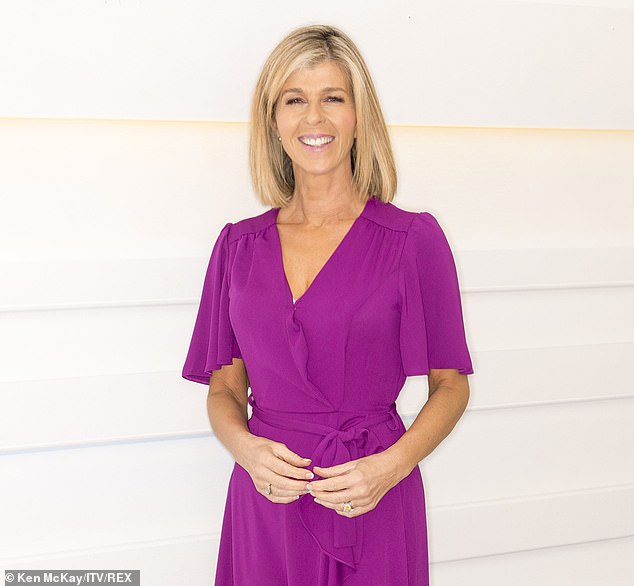 Like so many who have suffered during this pandemic, Garraway’s life has been irrevocably altered — and she is emblematic of all their sufferings.

And while her husband bears the physical brunt of it, it is she who carries the responsibility — and the mental anguish — of holding things together for her family.

I’m sure she will cope — she is a very strong individual and a talented broadcaster — but I sincerely hope she has someone looking after her.

After the arrest of Ghislaine Maxwell last week, I began watching the Netflix documentary on Jeffrey Epstein, Filthy Rich.

The picture that emerges is one of a persistent sexual predator who used money and influence to pursue his depraved passions.

The way he coerced his victims into bringing him more potential victims, paying sometimes desperate young girls to introduce their friends via a kind of pyramid scheme of perversion, is truly shocking.

How anyone — let alone a woman — could be party to such behaviour is beyond me.

As for Prince Andrew, the fact that he continued to associate with such a man even after he had been jailed for his offences is at best a demonstration of stupidity, at worst an indelible stain on his character.

Even if he is not, as he claims, guilty of being party to Epstein’s abuse, until Andrew acknowledges openly and genuinely that error of judgment, he will never stand the slightest chance of regaining the royal status he values so much.

Another week, another pronouncement from the Prince of Woke, this time an attack on the Commonwealth and the need to ‘acknowledge the past’.

Meghan gazed at him throughout with the air of a proud mother watching her slightly dim child recite a poem off by heart, nodding approvingly as he reeled off the approved platitudes before joining in and adding that ‘we have to be a little uncomfortable right now’.

Is that right, Meghan? And exactly how uncomfortable are you ‘right now’, in your eight-bedroom Hollywood mansion, with all your bills paid by your father-in-law?

I have enormous respect for Jenni Murray anyway, but even more so for her courage to speak about her lifelong battle with the bulge.

The Woman’s Hour presenter told the Radio Times the £10,000 she spent on weight-loss surgery is ‘the best money I’ve ever spent’.

She added that she ‘doesn’t agree with celebrating fat’, a sentiment I endorse, even though I know the hurt of being ‘fat shamed’.

There is a difference between celebrating different body shapes and glorifying something that is not only bad for our individual health but disastrous for the NHS.

With Covid-19 disproportionately affecting the overweight and obese (67 per cent of adults in this country), it is incumbent upon us to take a sensible approach to weight.

And if diets and exercise haven’t worked, there is no shame in resorting, as Murray has done, to surgery.