When it comes to the debate around trans issues, I have one simple rule. Go for it. If you were born male but want to live as a female, go for it. If you’re a woman who wants to be a man, go for it. Just remember you are not the only one with rights and understand that for this to work we must all respect each other’s opinions – even if they happen to differ.

At the end of the day this is not about gender, it’s about humanity, and how we treat our fellow man, woman or, for that matter, anyone in-between.

That said, there is a small minority of the trans community whose motives and modus operandi I really can’t fathom.

For example, I don’t understand why, if you have functioning male genitalia and enjoy having sex with women, you would prefer to identify as a trans lesbian instead of a man. It just seems like a lot of time and effort and heartache to achieve, in the end, the same result.

Or perhaps not. Ask Lia Thomas, the trans swimmer who insists on being categorised as a woman, despite all of the above. Does the very fact I dare to ask this question make me a transphobe and a bigot? In the eyes of some, for sure.

But from my point of view, I really do want to know more. It is a genuine question.

And here’s another. Why would a trans man who has had hormone therapy to become male in appearance – growing a beard and body hair, developing an Adam’s apple and having surgery to remove his breasts – decide to get pregnant?

Wouldn’t it be easier and simpler just to have a child as a woman – with hormones and breasts intact and functioning – and then transition afterwards?

Not, apparently, if you are Roberto Bete, a pregnant trans man who, together with his partner Erica Feeha, a trans woman, last week became the new face of Calvin Klein underwear.

As part of a campaign in honour of Mother’s Day in America, and allegedly paying tribute to mothers everywhere, it features the heavily pregnant Bete in the brand’s iconic underpants, accompanied by a quote from the expectant father, explaining: ‘We can reproduce biologically or from the heart… our role in the world is to love and be loved.’

Leaving aside the fact the heart is not yet a reproductive organ (although in this day and age you never know) I’m afraid the first thing that struck me about these pictures was not the swollen belly and the self-indulgent pose, but how brutal those scars on his chest looked. The more I looked the less I saw a ‘celebration of diversity’ and more someone who seemed, to me at least, deeply conflicted. 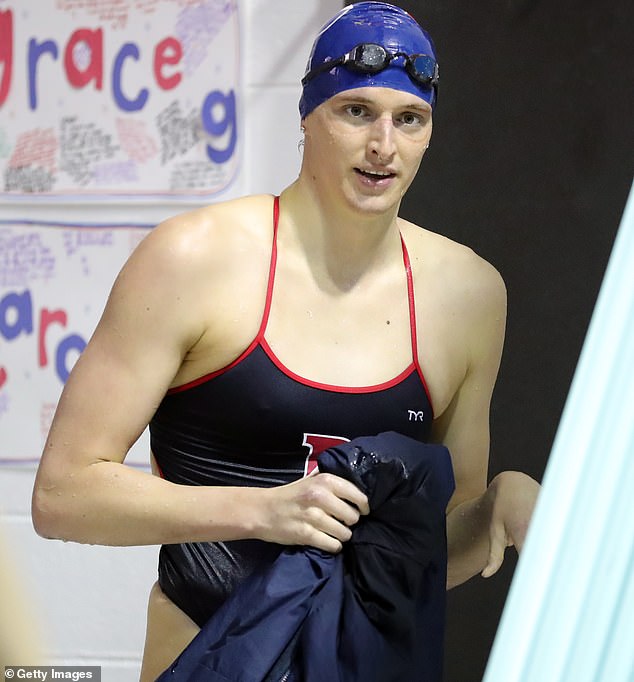 I don’t understand why, if you have functioning male genitalia and enjoy having sex with women, you would prefer to identify as a trans lesbian instead of a man. It just seems like a lot of time and effort and heartache to achieve, in the end, the same result. Or perhaps not. Ask Lia Thomas (pictured), the trans swimmer who insists on being categorised as a woman, despite all of the above

Here is a person who, having gone through the agonising process of turning the female body into something as close to a male as possible, given the limits of science, has presumably now pumped it full of a whole new set of hormones in order to produce an outcome – pregnancy – which could have been achieved naturally in the first place.

On a human level, I find this deeply distressing. How must it feel to want to be two things at once, both male and female, and for one to require surgical mutilation of the other? What is the mental process that leads someone to such a state of confusion? Or am I the one who is confused here, unable to see what is in front of my eyes as a ‘beautiful celebration of diversity’?

Perhaps it’s me – perhaps my brain is just too bigoted or too atrophied to accept this ‘new normal’. But it’s not hatred I feel, or fear; I would never wish to harm Bete, or anyone like him. I just genuinely don’t understand why anyone would want to put themselves through all that. Or, for that matter, what reputable medic would make it possible.

And it is this, I think, that goes to the heart of what worries me most about images like the one of pregnant Bete. They trivialise what is, in reality, a very difficult, complex and painful process. They turn a serious condition that requires careful handling – gender dysphoria – into a fashionable style choice.

Calvin Klein is a major brand, highly prized among teenagers. And if impressionable young minds were to conclude that what is going on in this picture has anything whatsoever to do with fashion, then they would be sorely mistaken.

I may have questions, but of one thing I’m sure. Being transgender is not a bandwagon for people to jump up on to win more sporting competitions or to gain more Instagram followers. And it’s certainly not a vehicle for selling pants.

I wonder whether Elon Musk stalling his decision to buy Twitter might have something to do with the collapse in Bitcoin. The Tesla billionaire bought $1.5 billion of the stuff in February. 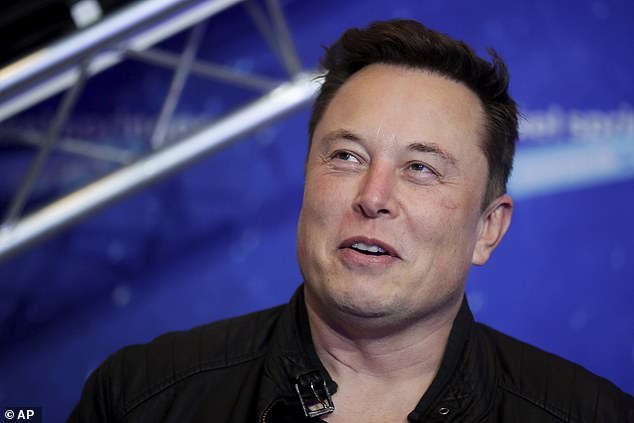 Like everyone I am in total awe of Bowel Babe cancer sufferer Dame Deborah James and the way she is facing death with such strength and positivity.

But my heart goes out to her husband and two children who, when she is finally laid to rest and the world’s attention is elsewhere, will face the task of rebuilding their lives without her. Having seen this happen to friends, I know how agonisingly hard and lonely a journey this can be. I hope and pray that they – and the many families like them – get the help and support they need. 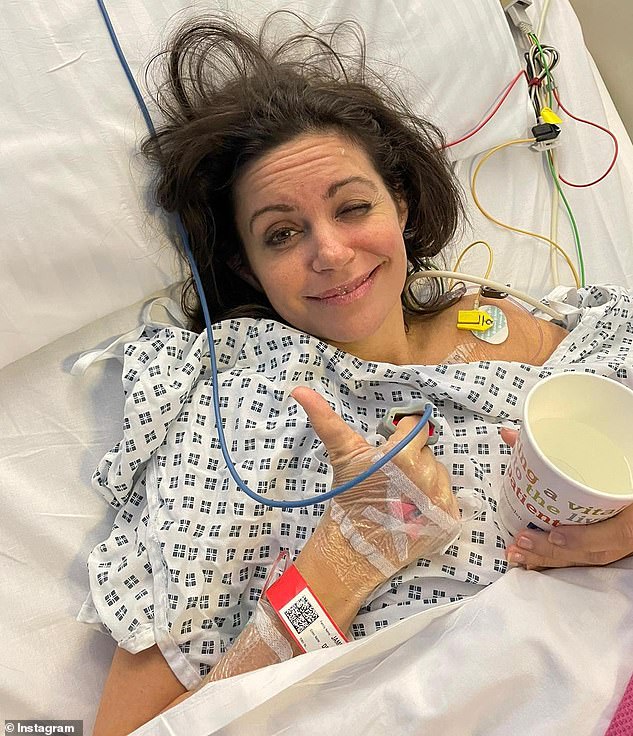 Like everyone I am in total awe of Bowel Babe cancer sufferer Dame Deborah James and the way she is facing death with such strength and positivity. But my heart goes out to her husband and two children

A green light to empty calories

I agree with Lord Bethell. The former Health Minister popped up on the Today programme yesterday to argue the unpopular view (ten points awarded for bravery) that the Government is wrong to row back on plans to ban BOGOFs on junk food as part of a package of ideas to tackle the cost-of-living crisis. In response to the usual one-dimensional, ‘So are you saying poor people should starve?’ line of questioning, he firmly stuck to his guns.

Truth is, cheap food doesn’t have to be unhealthy (just ask Bootstrap cook Jack Monroe). But also it’s a false economy, since any savings will ultimately be obliterated by the vast cost – personal and public – of the obesity crisis.

If the Government really wants to help people struggling to put food on the table, it should incentivise supermarkets to offer discounts on healthy ingredients, not give the green light to more empty calories.

Boris Johnson is so right about the cheese when he talks about the perils of working from home. Although for me it’s toast, with butter and Marmite, or occasionally a dollop of marmalade.

For the first time in ages I was actually looking forward to the Eurovision Song Contest. It’s not just that the situation in Ukraine is a reminder that however cheesy these things are, they stand for something quite important (in the case of Norway, the chance to dress up as giant yellow foxes); it’s also that it took place in my hometown of Turin. My mother said that she’s never seen so many stylishly dressed young bachelors. 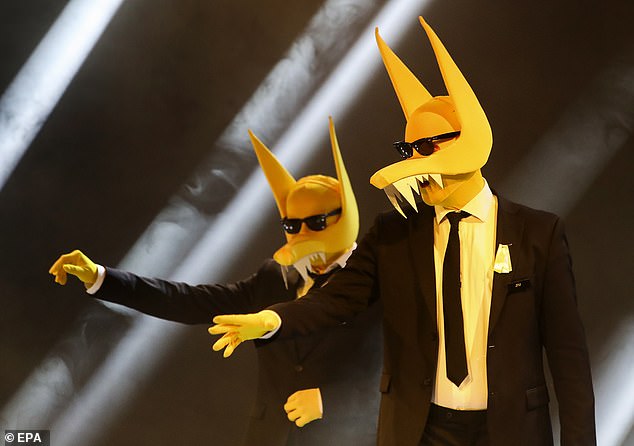