SARAH VINE: Shamima Begum is a snowflake terrorist who deserved the door slammed in her face

Shamima Begum was just 15 when she left her home in London to pursue her twisted dream of an Islamist utopia.

As the mother of a girl the same age, I know full well how stubborn and complicated they can be.

I also know how easily influenced they are and how hard it is to make them see sense.

So I am not entirely unsympathetic to her story.

It’s fair to assume that Shamima was extremely lost and vulnerable at the time — ideal prey for the propagandists of Isis.

For that, and that alone, I believe she deserves some sympathy. Yet, what Shamima and her two friends did was beyond the realms of normal teenage rebellion. Many young people suffer terrible family traumas. They don’t all then go and join religious death cults.

But that is not the only reason Shamima now finds herself stripped of British citizenship, alone in a refugee camp, nursing a newborn baby, her Isis fighter ‘husband’ missing and her other two children dead.

From the very first moment she spoke to the Press, demanding to be allowed to return to the UK, she has shown herself to be utterly incapable of understanding the magnitude of her mistakes.

In every interview, she continued to spout Isis dogma and to go out of her way to insult the innocent victims of terrorism and their grieving relatives. 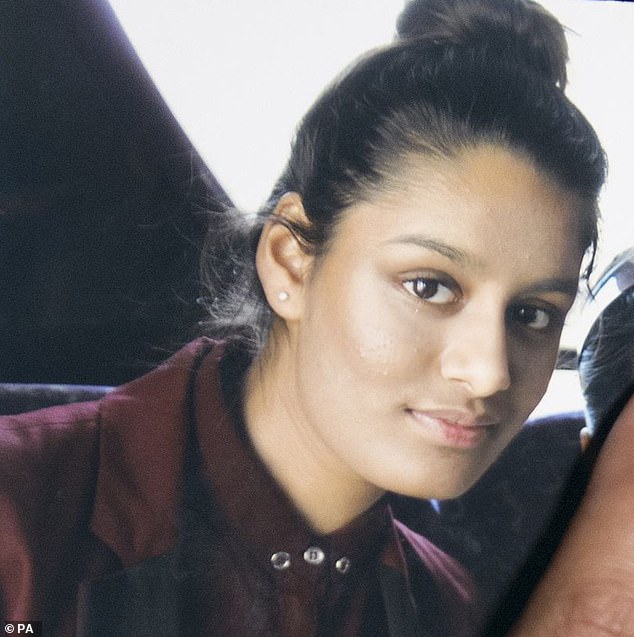 Her latest inanity was to claim that the murder of 22 people — many of them girls her age — at an Ariana Grande concert in Manchester in May 2017 was ‘fair justification’ after Western air strikes against Isis in Syria.

As for repentance, no chance. Such is Begum’s ignorance and monumental sense of entitlement that it seems she can’t even be bothered to pretend to be sorry.

In fact, she tells us, it is we who should feel sorry for her, for ‘everything I’ve been through’.

In that respect, Shamima is truly a snowflake terrorist; someone who subscribes wholeheartedly to the prevailing victim culture and blames everyone but herself for her actions (her lawyer says Tower Hamlets Council, her school and the police are all culpable).

And then, when the situation she has put herself in no longer suits her, she complains because no one is rushing to her rescue. In other words, it’s not her fault she ran away to join Isis — it was the system wot made her do it.

The same system that welcomed her parents when they arrived here from Bangladesh, offering shelter, healthcare, education and opportunity. The same system that ensured she grew up in a country where women have equal status to men; and where her right to practise her religion freely and without fear of reprisal is meticulously upheld. 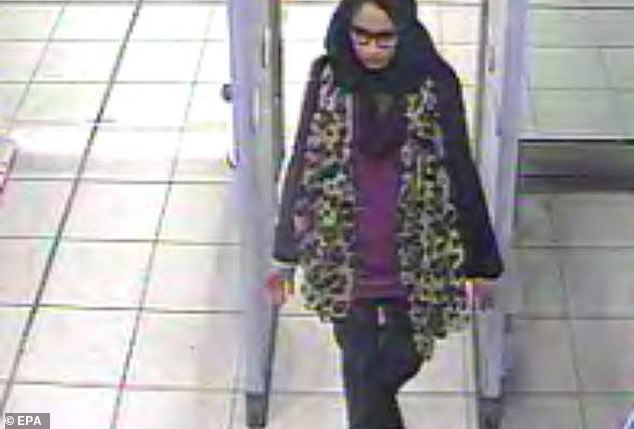 Good grief, what hell it must have been! No wonder she scarpered at the very first opportunity!

Her stupidity is matched only by her arrogance. And that is the real tragedy of people like Shamima.

It is precisely because they grew up in Britain that they have the freedom to express their loathing for the nation that nurtured them.

A civilisation shaped, by the way, by the sacrifice of so many — not least the World War I veterans whose memory Shamima’s lawyer besmirched this week when he compared her suffering to theirs.

But, instead of appreciating that freedom, Shamima chose instead to reject our values and join a group of murderous, rapist psychopaths.

It is the ultimate betrayal.

The truth is, Shamima Begum willingly allied herself to the people who have been responsible for some of the worst — and most visible — terrorist atrocities of the past two decades. Not least the suicide bombing she so blithely dismisses as ‘fair justification’.

A terrorist atrocity targeted specifically at the kind of people Isis most despises: liberated young Western girls daring to express themselves.

Girls who will now never grow up — or have children of their own.

‘She’s a British citizen at the end of the day,’ her lawyer told us last week. ‘There’s an innocent child here, the baby. The family are aware of how people feel. But it’s their daughter and their grandson.’

That is all very true. But Manchester Arena, too, was full of innocent children — daughters and grandchildren — on that fatal day in May 2017. Innocent loved ones who will never be coming home.

And now, thanks to the decisive action of Home Secretary Sajid Javid, neither will Shamima.

It is not Britain that has turned its back on her, but she who has turned her back on Britain.

The spy at the cash machine

In a world where privacy is at a premium, there is something deeply sinister about the slow, but steady, disappearance of cash on our streets.

Burslem in Stoke-on-Trent has become the first large town in Britain to lose all its free cashpoints. Now, residents have to pay by card or fork out between 95p and £3.50 every time they withdraw the readies from Link ATM machines.

Given the way that internet giants such as Facebook and Google have, over the past few years, profited from selling our data, should we really be putting our trust in banks and this growing ‘surveillance economy’? Increasingly, they know when and where we’ve used our cards, how much we’ve spent and on what.

Most of us, of course, have nothing to hide. But, sometimes, all we want is a few quid to buy a coffee and a cronut without feeling Big Brother knows and is wagging a finger at us. 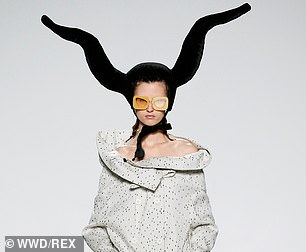 A leg-up for fashion

Some people think that the world of fashion is frivolous and silly.

But, as this young lady so ably demonstrated on the Push Button catwalk at London Fashion Week yesterday, this is simply not the case. Behold: a practical use for all those old pairs of opaque black tights clogging up your drawers.

MPs are calling for children to be taught ‘the joy of sewing’ in a bid to tackle the environmental damage caused by fast fashion.

Growing up, I was one of the few among my girlfriends who could wield a needle — possibly because I was at school in Italy, where feminist dogma and political correctness had not yet eradicated such useful domestic skills.

In any case, I’ve never understood how not being able to sew helps the sisterhood — if anything it’s the opposite, since what we Western women are too ‘liberated’ to do only ends up falling to poor ‘unskilled’ women, who get paid a pittance to work in appalling conditions.

Provided both boys and girls are taught to sew, the MPs are right: there is a huge amount of satisfaction to be gained from being halfway handy with a needle and thread.

And they are also right when they say that sewing can act as an ‘antidote to anxiety and the mental health crisis in teenagers’.

One of my favourite things to do when it all gets too much is to work on my tapestry. I’m slower than an arthritic snail — but the therapeutic effects are something I can personally attest to. Not so much a stitch in time as a stitch in the mind. 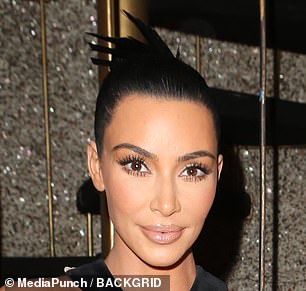 Kim Kardashian West at the 5th Annual Hollywood Beauty Awards at The Avalon in Hollywood, California

For once in her life, ridiculous reality TV queen Kim Kardashian (pictured) hit the nail on the head when she said that her hairdresser has ‘changed [her] life’.

My own hairdresser (Lucinda Ellery) certainly changed my life after providing a solution to my hair loss — and there are millions of women who feel the same.

In fact, the average amount of time a woman stays loyal to the same hairdresser is around 12 years — nearly a year longer than your average marriage!

Far be it from me to criticise, but doesn’t it seem just a little odd that the Duchess of Sussex is prepared to fly long-haul to New York while seven months pregnant for a ‘baby shower’, but can’t make the trip to try to patch things up with her (admittedly tricky) father?

Is your pooch driving you (and your neighbours) barking mad? The solution — as with so many things these days it seems — is cannabis oil. Only trouble is that it’s not yet licensed in the UK for use in animals — although human consumption of the stuff is, of course, now legal. I haven’t tried it yet myself; but there is something impossibly endearing about a nation that has stricter regulations governing what remedies we can administer to our pets than what we and our children can take ourselves.

Donatella Versace paid tribute to Karl Lagerfeld, who has died: ‘Your genius touched the lives of many.’ Only if you happened to be one of the ‘many’ who could afford to spend £1,000 on a handbag!