Funny, isn’t it, the way things turn out.

The wedding of Meghan Markle and Prince Harry could not have been more anticipated, more filled with promise — and yet, just two years on, the memories of that glorious day are bittersweet.

The couple are now living in exile in Los Angeles, Harry away from his family, baby Archie separated from his cousins. So much promise squandered.

So much goodwill lost. Even the occasion itself feels tainted, diminished by the assertion, made earlier this month by the Duchess of Sussex’s legal team, that the occasion generated £1billion in tourist revenue.

Whoever said you can’t put a price on love was clearly not a lawyer. But then, quite unexpectedly, came the wedding of Princess Beatrice to her Italian beau, Edoardo Mapelli Mozzi.

Princess Beatrice’s wedding to Edoardo Mapelli Mozzi ‘captured the essence of what these moments are all about,’ writes Sarah Vine

An occasion that, by contrast to Harry and Meghan’s wedding, could not have seemed more unglamorous and yet — in the event — seems to have captured the essence of what these moments are all about.

Oh, how we used to pity poor Beatrice.

Pipped to the altar by her younger sister, it seemed she had finally found The One — only to have her happiness overshadowed by two seismic events.

First, the whole business with Jeffrey Epstein, her father, Prince Andrew, and Virginia Roberts, who alleges he had sex with her when she was 17 years old.

Then, of course, came corona, which put paid to plans for the couple’s wedding on May 29.

It must have seemed to Beatrice as though the universe were conspiring to deny her moment of joy. And yet, there she was, last Friday, beaming as she peered out from beneath a huge canopy of beautiful, blousy flowers as the new Signora Mozzi.

A glorious day for her — but also a royal wedding like no other.

Of course it would be absurd to suggest the obstacles Beatrice has faced are much by comparison to what so many have suffered during this difficult time.

But in the context of her own situation, and that of the Royal Family as a whole, this simple, understated ceremony — conducted with the minimum of fuss and fanfare — represents a ray of sunshine.

Not just for the couple, but for a family torn apart by strife. And for a nation that, for all the ups and downs, still holds the royals in great affection.

Everything about it was the antithesis to the glitz, fuss and fantasia we have come to expect of modern royal unions.

And while I do wonder if there was a need for quite such secrecy, it just felt like it belonged to simpler, more sincere times.

There was something so touching about the dress, not commissioned at vast expense by a fashionable designer but first worn by her Majesty almost 60 years ago and customised for the occasion. 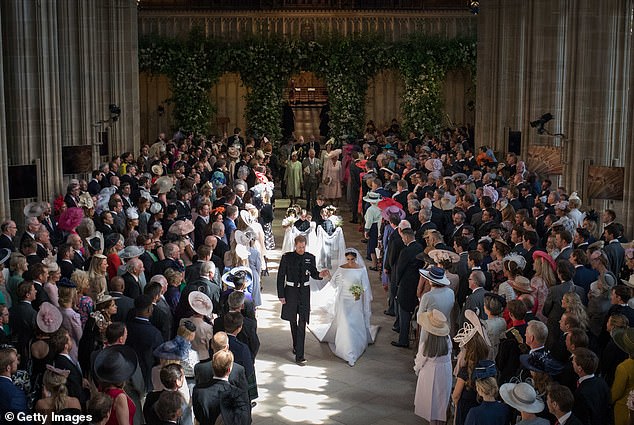 And the headdress, the very same the Queen wore at her own wedding.

The overall effect was somewhat Disney Princess (especially with the addition of those puff sleeves), but it didn’t matter: no ensemble could have carried more meaning or shown more genuine love and respect for the Queen than this one.

Whatever else Prince Andrew may have got wrong in his life, he did the right thing on Friday by staying out of the limelight, allowing the Queen and Prince Philip to take centre stage alongside their granddaughter.

At the end of the day, marriage is not about fancy frocks and horsedrawn carriages, glamorous photoshoots and lavish celebrations.

It’s about facing life’s challenges, together, and making the most of it. I think perhaps Mr and Mrs Mozzi have learned that.

Look at the bigger picture on obesity

For some people, the Government’s latest proposals to dramatically increase access to weight-loss surgery on the NHS may seems like an expensive cop-out.

Bariatric surgery costs £5,000 to £10,000 per patient — money, some argue, that could be better spent on other treatments. I disagree.

There are complex reasons people put on weight and fail to lose it, and not all are to do with simple gluttony or laziness.

As for the money, according to Public Health England the annual spend on the wider treatment of obesity is greater than the amount spent on the police, fire service and judicial system combined.

In that context, surgery has the potential to actually save the NHS money and free up resources.

It’s not a silver bullet; but combined with other measures it could provide a real solution to a problem that, despite the best efforts of policy makers and physicians, only seems to be getting bigger.

I can’t get that wound up about the prospect of having to wear a mask in shops. I’d happily dress as a penguin if it meant avoiding another lockdown.

But one thing does worry me: given the levels of criminality on our streets at the moment, is it really wise to offer potential miscreants a legitimate excuse to hide their identities in public?

Time was when walking into a bank wearing a face mask was liable to arouse suspicion; now you’re more likely to get arrested if you don’t.

I confess I was rather looking forward to Kanye West running for U.S. President. 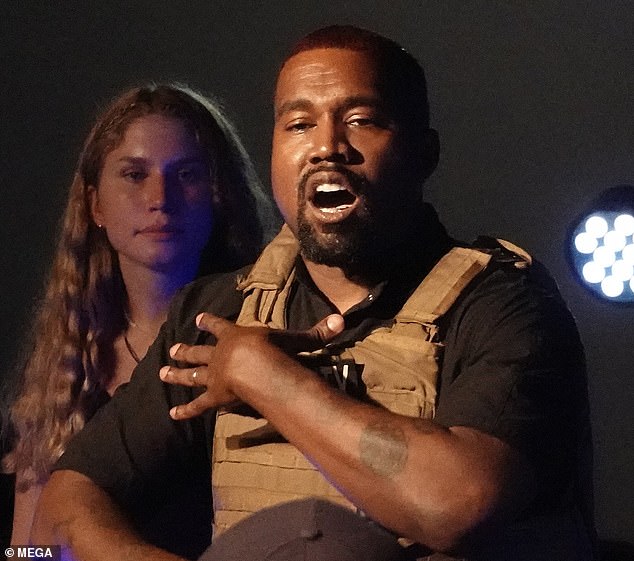 But what started out as a mildly amusing spectacle of one man’s intergalactic ego has become something much more troubling.

In no particular order, West has revealed he wanted to abort his seven-year-old daughter, compared himself to Nelson Mandela and accused his wife of trying to ‘lock me up with a doctor’.

All of a sudden, this no longer feels like a joke. The last thing the world needs right now is another maniac in the White House.

This week, Jeff Bezos, founder of Amazon, increased his personal fortune by £10billion in just one day.

That is the largest daily rise of wealth on record, and puts him just a few billion short of matching the GDP of New Zealand.

Meanwhile, in the real world, Marks & Spencer is laying off 950 people, and many more household names are set to follow, crippled by the lockdown.

High Street shops such as M&S are subject to rents and business rates — while Amazon has relatively few such costs, not least because its European operations are based in Luxembourg.

Last year, it paid £220million in direct taxes from £10.9billion of UK business.

It’s high time the Government acted to force e-tailers to pay their fair share. Otherwise, we can kiss goodbye to our high streets forever. 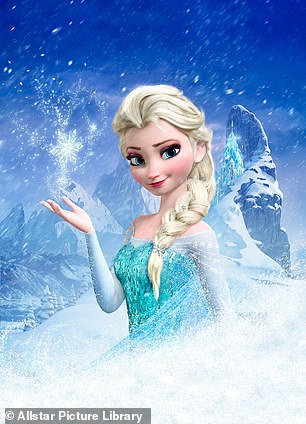 Sarah Vine asks in her column: ‘Why has Heard modelled her hair on Elsa from the Frozen films?’

If nothing else, Johnny Depp and Amber Heard airing their dirty linen in public has offered a bonkers window into the twisted world of A-list Hollywood celebrity.

I have no idea which of them is telling the truth. But one thing I am certain of: these narcissists thoroughly deserve each other.

One question: why has Heard modelled her hair on Elsa from the Frozen films — a beautiful princess with hidden talents, cruelly misunderstood, cast into the wilderness and accused of sorcery, yet who ultimately emerged triumphant ? I can’t imagine…

Bureaucracy at its best

You can now get a pint or a manicure, but God help you if you need a new passport or driving licence.

The reason is simple: pubs and nail parlours (and the like) are run by highly motivated small business owners who can’t afford the luxury of closing their doors for a second longer than necessary.

By contrast, the passport office and the DVLA belong to the public sector.

Such jobs are protected both by furlough and unions skilled in the art of procrastination. Is it any wonder they’re in no hurry to lift a finger until they have to?