Mauro Icardi is Maurizio Sarri’s ‘No 1 target’ once he is appointed Chelsea manager, according to reports in Italy.

The former Napoli boss looks set to take charge at Stamford Bridge having left Naples and wants to add some serious firepower after a campaign that saw them miss out on Champions League football.

And Icardi, according to Corriere dello Sport, is Sarri’s first choice should Chelsea be willing to meet the striker’s £96million release clause to prise him away from the San Siro. 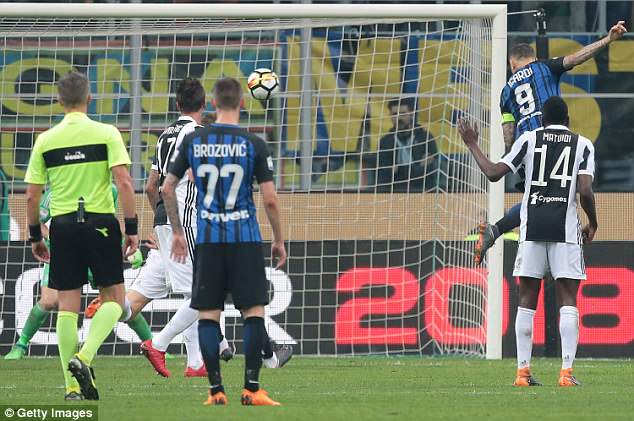 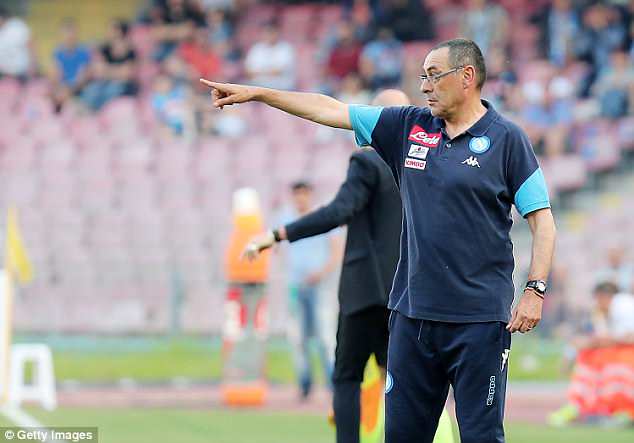 Sarri, who left Napoli to be replaced by Carlo Ancelotti, looks set to take charge at Chelsea

It is a release clause that is only applicable to teams outside Serie A and with serious doubts over both Michy Batshuayi and Alvaro Morata, Icardi could prove a masterstroke first signing should Sarri be appointed.

The Argentine, who missed out on a place in the 23-man squad for the World Cup, has scored 110 goals in 190 appearances in Serie A and is still only 25.

Watched by Real Madrid and on the radar of all of Europe’s elite, his arrival in west London is likely to hinge on Sarri’s arrival.

Antonio Conte remains in charge having guided Chelsea to the FA Cup success against Manchester United but it remains expected that he will depart before the new campaign resumes.