SAS Australia star Jana Pittman was praised by viewers on the show last month, following a relatable moment many mothers have suffered post-partum.

The 38-year-old Olympian, who had welcomed her fourth child six months earlier, accidentally wet herself after taking part in a gruelling assault course.

On Monday, Jana discussed what happened in an interview with TV Week – admitting that while she used to be embarrassed with her accidents, she’s now happy she can ‘normalise’ something so common amongst women.

‘Honest and frank’: Jana Pittman was praised by viewers on SAS Australia last month, following a relatable moment that many mothers have suffered post-partum

‘The same thing happened in 2007 [when going over the final hurdle on her way to winning gold at the Athletics World Championships],’ Jana recalled.

‘Doing the victory lap, I remember thinking, “Oh, my God – I hope nobody notices.”‘

Jana went on to say that she didn’t speak out about the accident until years later – but says the response was so incredible, she realised how important it was to share.

‘On the show, I thought I could either hide it again like I did years ago, or be honest and normalise something,’ she said. ‘The response on social media has been beautiful.’

During the episode, Jana accidentally relieved herself while standing with the rest of the recruits after completing a sweat-inducing challenge. 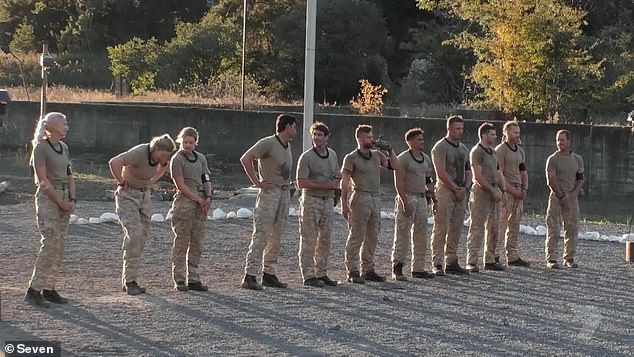 ‘After you have a baby, you don’t have a good pelvic floor if you try hard,’ Jana said after revealing what had happened

Jana told chief instructor Ant Middleton what had happened, saying: ‘I wet myself – I couldn’t hold it. Embarrassing. I’m so sorry.’

He then asked if any of the recruits had urinated in the water, to which Jana said: ‘No, I just p***ed myself on that run so that was embarrassing enough. 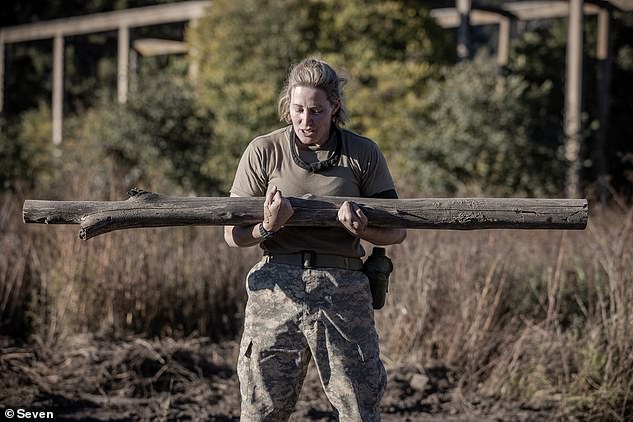 Intense: Jana had completed an incredibly intense assault course moments before, which including tyre-flips, doing 30 push-ups and lifting large logs to different locations

‘Not intentionally but women at home need to know, after you have a baby, you don’t have a good pelvic floor if you try hard.’

The athlete was met with an abundance of praise after being so honest about her struggles with incontinence, with one fan writing: ‘I actually love that Jana is so frank about women’s issues on TV.

‘The men are all supposed to be big and tough and as soon as a lady mentions they’re pelvic floor they’re like OH MY GOD YOU CAN’T MENTION THAT.’

Praise: The athlete was met with a mass of praise after being so honest about her struggles with incontinence, with one fan writing: ‘I actually love that Jana is so frank about women’s issues on TV’

‘Don’t be embarrassed Jana. It’s normal after you have a baby,’ another added, while a third chimed in: ‘Jana, you bloody legend – telling the truth.’

‘Oh Jana don’t be embarrassed. We need to take the stigma out of this for women after we’ve had babies,’ one viewer added.

A fifth was impressed she had even chosen to complete the course so soon after having a baby, adding: ‘Jana is amazing doing this 6 months postpartum!’

Speaking to the camera, Jana candidly told producers: ‘I’ve had four kids. So having my body go from being an elite athlete to a mum meant that I need a goal to train. 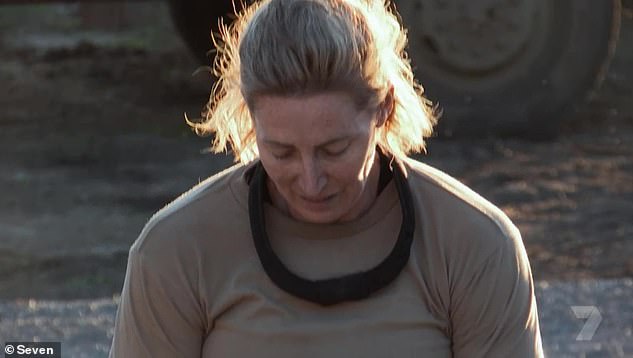 ‘I think I’m tough but I had a baby six months ago, so I’m fighting that postpartum, after pregnancy, body,’ Jana added to the camera

‘I think I’m tough but I had a baby six months ago, so I’m fighting that postpartum, after pregnancy, body.’

Jana, who quit her sporting career to become an obstetrician, welcomed little Charles in December 2020 alongside her husband Paul Gatward.

Two of Jana’s children, daughters Emily, six, and Jemima, four, were born via IVF and an anonymous sperm donor. She also has a 15-year-old son, Cornelis, from her marriage to her first husband and former coach, Chris Rawlinson. 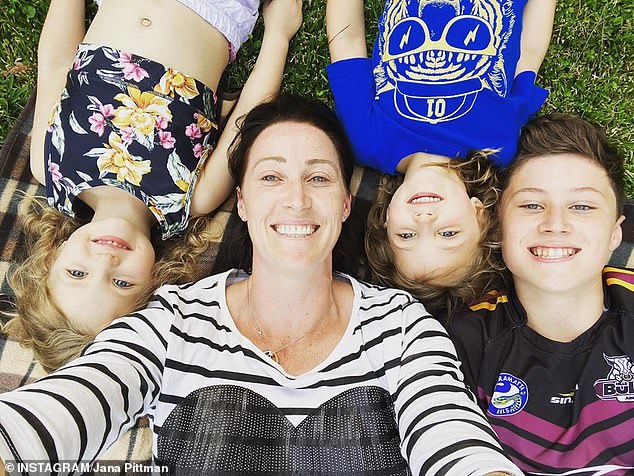