Model Erin Holland has offered a look at the diet and training secrets that got her in peak physical shape for SAS Australia, and revealed how she put on a staggering 3kg of muscle in time for the show.

The 32-year-old Miss World Australia had a slim but naturally athletic figure before appearing on SAS, working with celebrity personal trainer Ben Lucas in Sydney three or four times a week.

But she still needed to drastically increase her training regimen so she had more stamina for the challenges.

While prepping for the show, Erin did four runs per week, three two-hour walks with a 20kg backpack on, and four personal training sessions comprising everything from cycling to major strength work.

And despite gaining 3kg of muscle and moving from 56kg to 59kg in nine weeks, Erin maintained a slim size 6 frame. 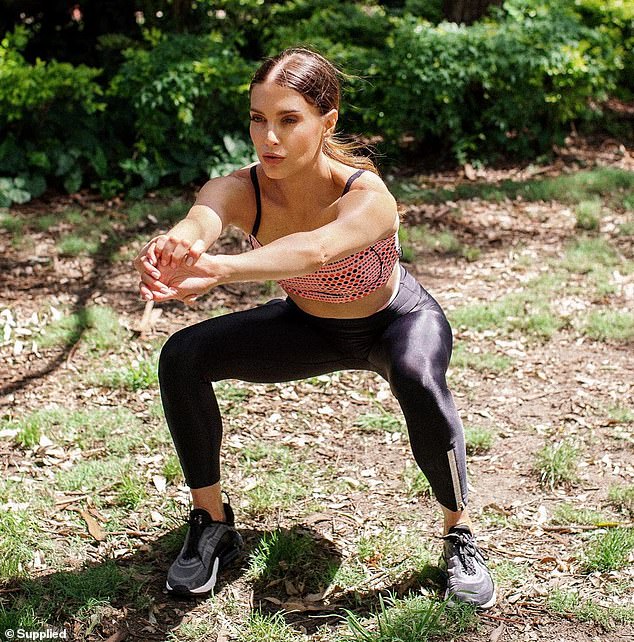 The 32-year-old Miss World Australia had a slim but naturally athletic figure before appearing on SAS, but she needed to drastically increase her training regimen to have more stamina (pictured squatting during a workout)

Erin told FEMAIL she started preparing for SAS Australia about ‘nine weeks’ before appearing on the show, and she continued to work with Ben Lucas from Flow Athletic in Sydney’s Paddington.

‘I upped my training to run 3-4 days a week, and then I’d walk with a 20kg backpack on for a couple of hours on the other day, and undertake 3-4 PT sessions each week with specified strength training,’ Erin told Daily Mail Australia.

‘Having watched last season, I knew I was a slight frame and that I’d need to try and build up as much strength and muscle as possible in those nine weeks.’ 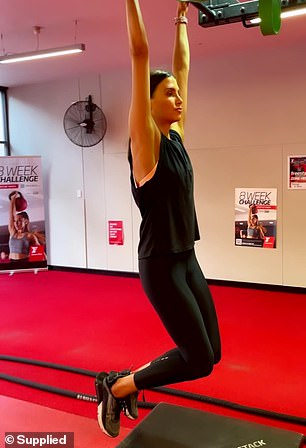 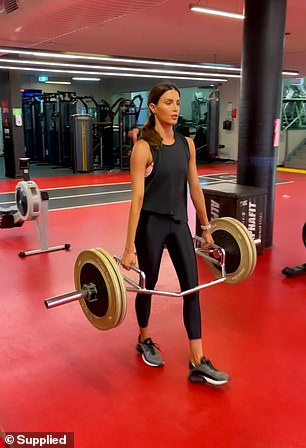 Alongside four runs a week and three 20kg two-hour weighted walks, Erin did a lot of PT gym work, including pull-ups and weights to increase her general strength (pictured) 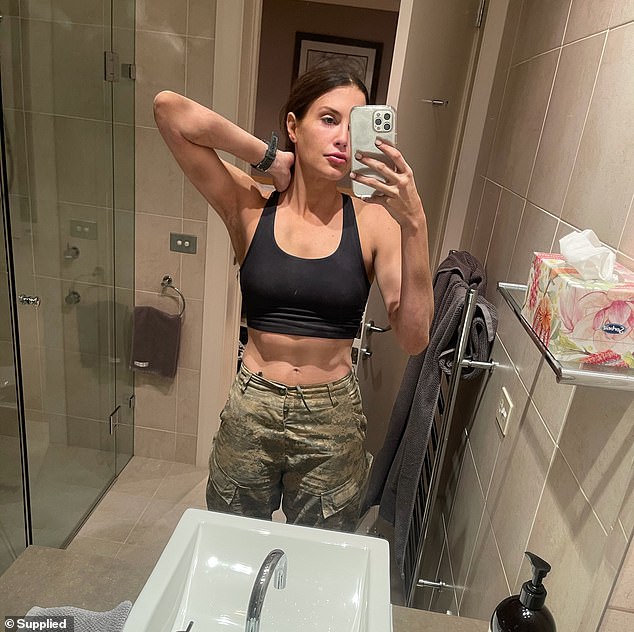 Erin (pictured after training) would also work in ‘extra cardio’ from cycling on a stationary bike where possible, to give her body an extra boost

For Erin, this meant exercises like chin ups, bodyweight hangs, holding weights above her head for an extended period of time, pushups and 60kg sled pushes.

She would also work in ‘extra cardio’ from cycling on a stationary bike where possible, to give her body an extra boost.

‘I work in sport and am married to a sportsman, but as a non-athlete, I certainly have a newfound appreciation for the kind of effort and fitness that is required for something like this,’ Erin said.

‘SAS is truly next level. What they do, operating on so little food or sleep, is absolutely mind-blowing.’ 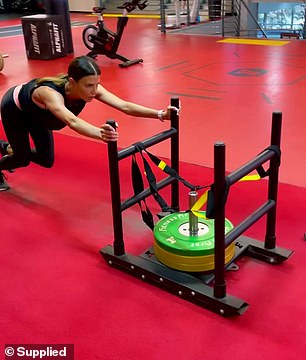 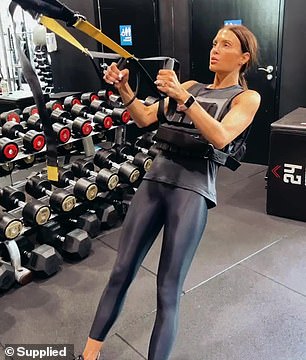 The training and diet secrets behind Erin’s SAS body

* Weight training to increase the general strength and muscle of the lean model. 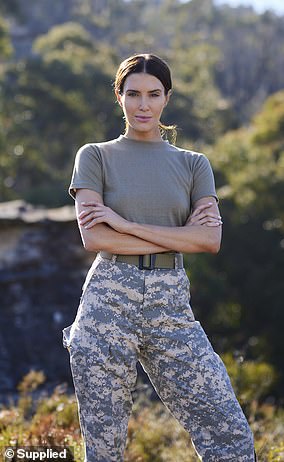 * Three weighted walks with a 20kg backpack on for two hours each week.

* Regular chin ups and bodyweight hangs where the aim is to hold your own body weight for as long as possible (aiming for over wo minutes each time).

* Holding weights above her head for prolonged periods of time in a wall sit.

* Daily sleds and pushing 60kg one way, then turning around to pull it back, for around 15 -20 minutes at a time.

* Plenty of carbs and protein, daily protein shakes and ‘good fats’ like extra Virgin olive oil, avocado and peanut butter with every meal. 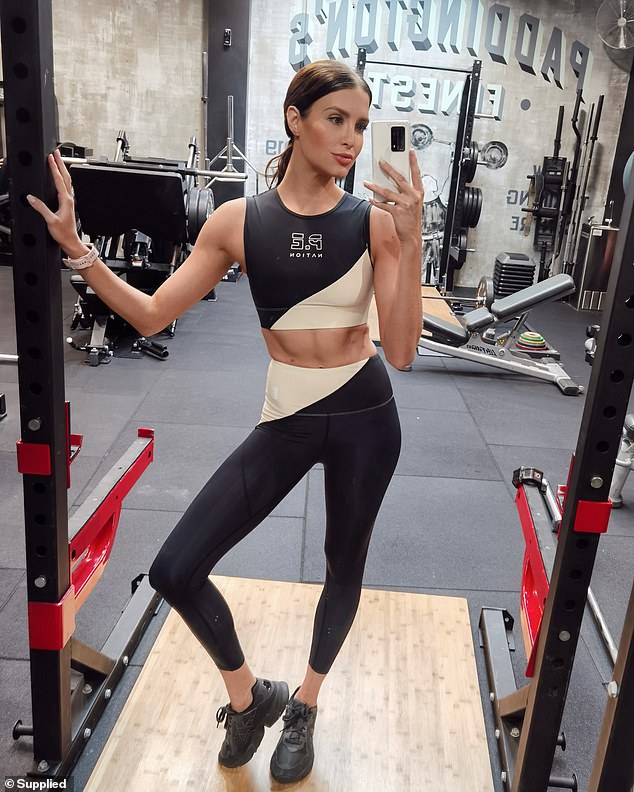 ‘I learned from all of this that the body can do so much more than the mind allows us to believe,’ Erin said (pictured at the gym)

Alongside the rigorous workouts, the 32-year-old model worked extensively on trying to increase her mental stamina.

‘I learned from all of this that the body can do so much more than the mind allows us to believe,’ she said.

‘Getting comfortable with being uncomfortable was one of the biggest challenges for me, having never pushed myself to this kind of extent before.’

Erin said that in the past, while she had always shied away from any exercise that could possibly leave some sort of visible damage like a bruise or blister that could be seen on camera, that ‘had to be left at the door when you enter SAS selection’.

‘I realised I have always trained to put on shape and muscle for aesthetic purposes, not to be an endurance athlete,’ she said.

‘I love moving my body every day because I feel physically and mentally better for it, but never to try and replicate a level that can compete with professional athletes.’

During her intense training sessions, Erin said she got used to ‘sore shoulders, back and epic blisters’.

‘It was totally overwhelming at times,’ she said. 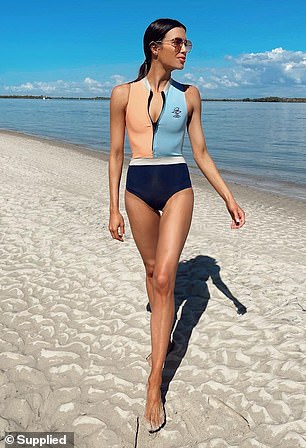 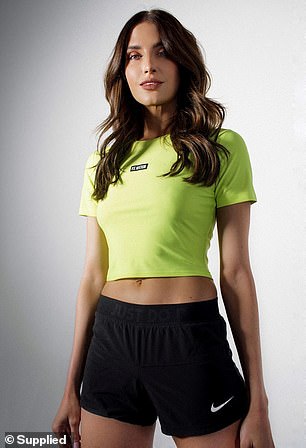 Erin (pictured) needed to ‘bulk’ up, so she made sure to add ‘good fats’ to every single meal and snack, whether that was extra Virgin olive oil, peanut butter or avocado

Erin also adjusted her diet quite dramatically in order to get in shape for SAS.

She said she needed to ‘bulk’ very quickly, which meant she adopted a ‘see food, eat food’ mentality and had to eat more than she was burning.

‘Particularly when it came to carbs and protein, I needed to eat as much as I could to replenish muscle stores,’ Erin said.

‘I started on a daily protein shake, which is something I don’t generally do, but I found it really helped with the weight and muscle gains.’

Erin completely ditched alcohol for the nine weeks, which helped hugely with the training.

She made sure to add ‘good fats’ to every single meal and snack, whether that was extra Virgin olive oil, peanut butter or avocado.

‘This meant I could replenish what I was depleting without feeling like I was completely stuffing myself,’ she said. 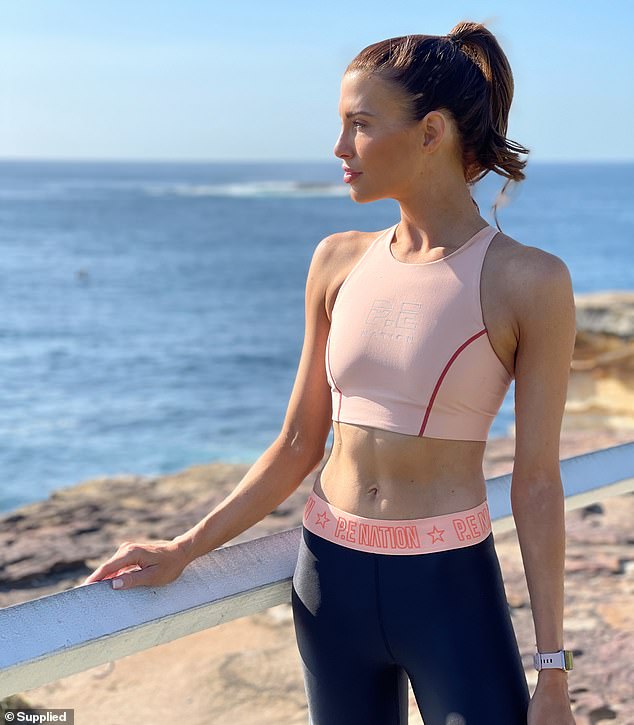 For the model (pictured), this meant eating more than she burned on a daily basis, and so Erin turned to daily protein shakes 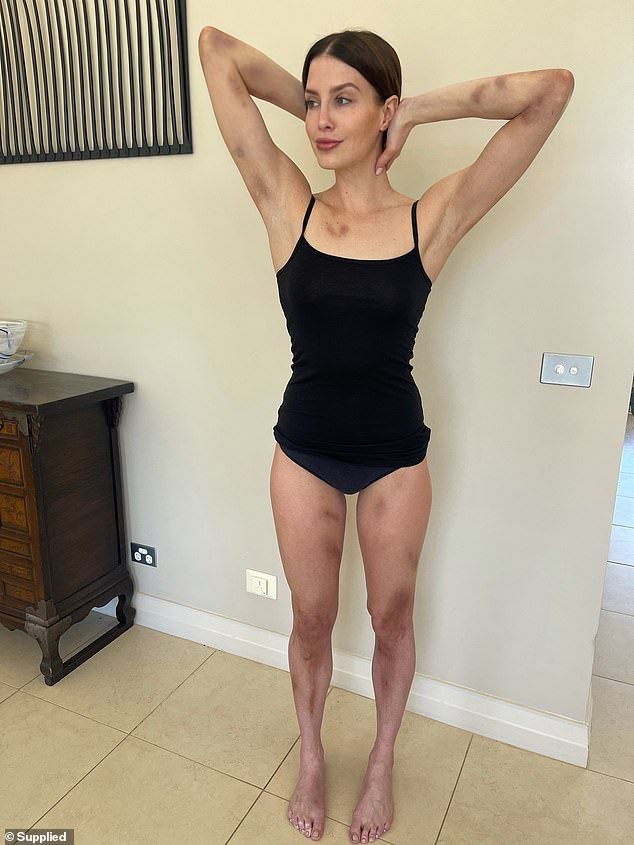 During her intense training sessions, Erin said she got used to ‘sore shoulders, back and epic blisters’ (pictured after appearing on SAS)

For those who want to get an SAS-worthy body at home, Erin has a few tips.

‘I’d strongly suggest speaking to a professional as we all have completely different bodies and metabolisms, so what works for each of us can look very different,’ she said.

‘For me, I was trying to bulk rather than shred, so it was obviously all about consuming more calories than I was burning and making sure my body was keeping up with the drastically-increased workload.’

The 32-year-old recommends you put a ‘lot of effort’ into your diet, fitness and recovery if you want to see results.

‘It was a massive learning curve for me,’ she said.

‘It was a bit of a shock to the system at first, but I’ve tried to keep up the level of intensity of training after the show – except the pack marches with 20kg on my back – no thank you!’

SAS Australia premiers on Channel 7 on Monday 13 September at 7.30pm. You can follow Erin Holland on Instagram here.