Filming for the long-awaited new season of SAS Australia is well underway in the Blue Mountains, NSW.

And on Wednesday, the celebrity recruits were pictured taking part in a brutal challenge where they had to escape from a camouflage Jeep while submerged underwater.

Despite being surrounded by his fellow recruits, a dripping wet Sam Burgess wasn’t afraid to whip off all his clothes following his brief dip – unveiling his bare bottom in the process.

Having a crack! SAS Australia’s Sam Burgess wasn’t afraid to whip off all his clothes after his brief dip during filming on Wednesday – unveiling his bare bottom to the camera in the process

Moments prior, the former NRL star, 32, was seen flaunting his muscular arms and abs in nothing but a pair of tiny black boxers, as his fellow recruits waited patiently for their challenge to begin.

Hunky model Jett Kenny was also showed off his equally as impressive body, wearing a pair of camo trousers and a waistband.

Prior to stripping off, the recruits – including Erin Holland, Heath Shaw and Isabelle Cornish – filmed next to a huge Jeep. 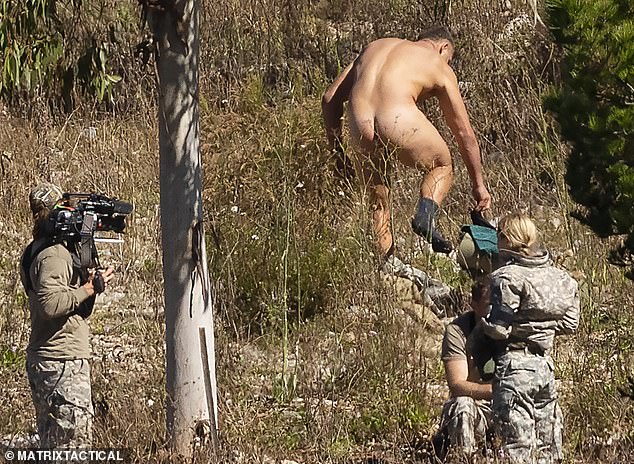 Cheeky! The former NRL rapidly whipped off his underwear as his fellow recruits stood nearby 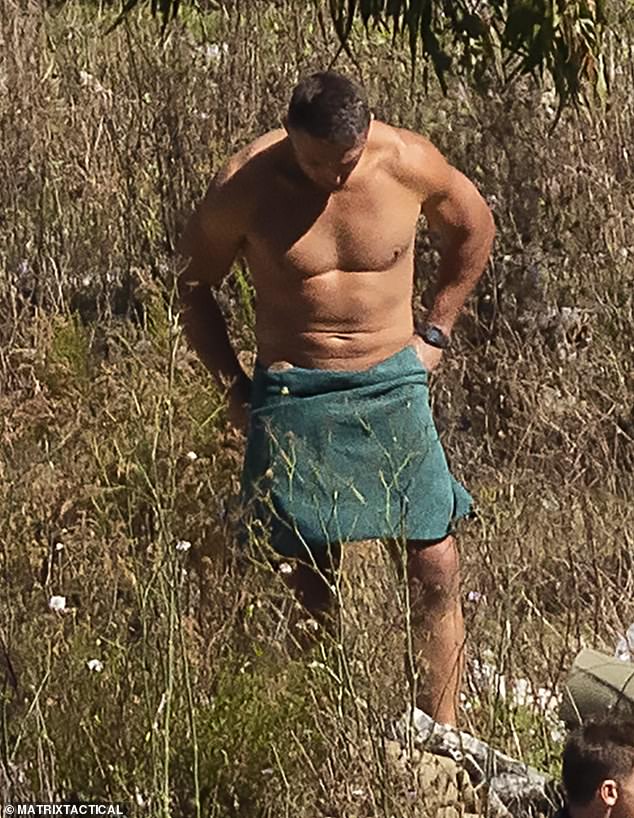 Sizzling: Sam then wrapped himself up in a green towel, as he dried off in the autumn sunshine 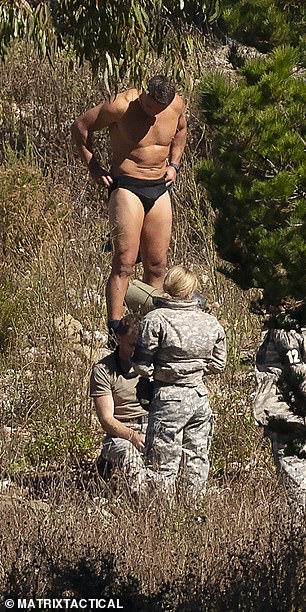 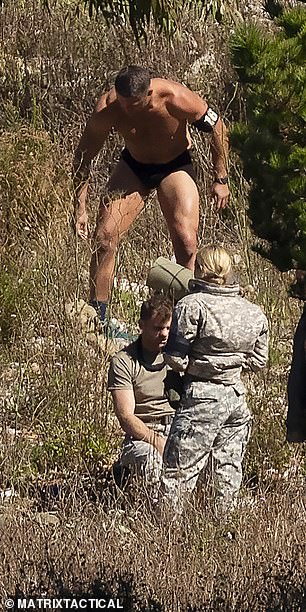 Sun’s out, buns out! Moments prior, the former NRL star, 32, was seen flaunting rippling physique and muscular arms as his fellow recruits waited patiently for their challenge to begin

The vehicle was seen being airlifted into the water, before the celebrity gang swam around in the lake after seemingly escaping from the car.

Some of the recruits looked nervous as they lined up at the side of the lake, holding their hands in front as they waited for their name to be called.

Two cast members who appeared to be missing from filming were Manu Feildel and Brynne Edelsten, which could indicate that the pair have left the show early.

This season, the Blue Mountains training camp is set amid an abundance of trees and rolling mountains.

While minimal details have been revealed about this year’s location, the 2020 base camp was created using corrugated iron structures which provided little warmth for the show’s contestants. 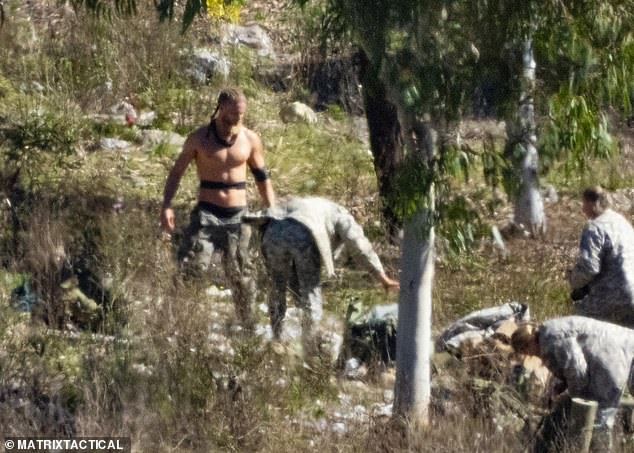 What a treat! Jett Kenny was also spotted showing off his equally as muscular physique in nothing but a pair of army trousers and a waist band 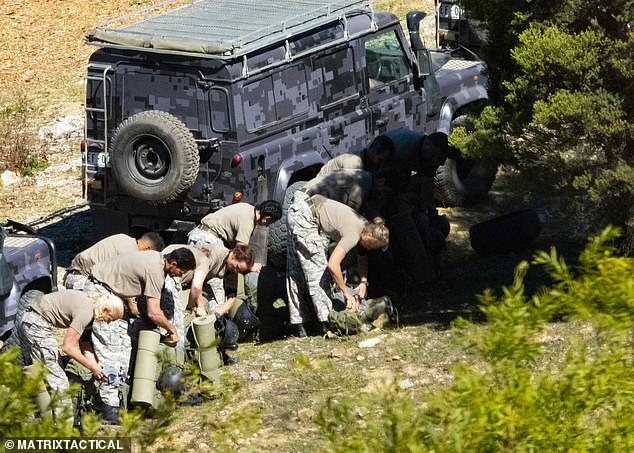 Challenge time: The recruits – including Erin Holland, Heath Shaw and Isabelle Cornish – lined up alongside a huge Jeep 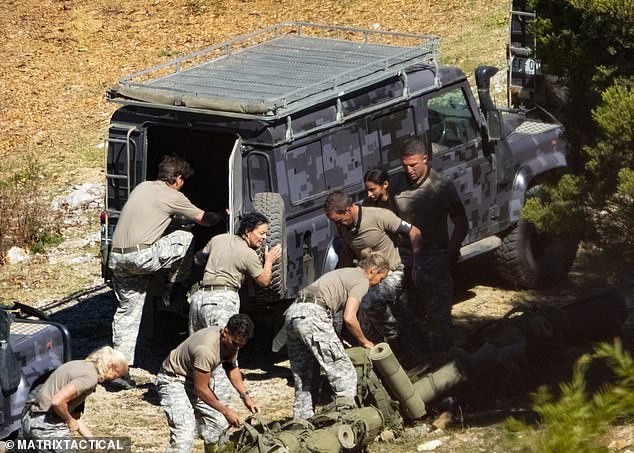 Working hard: The recruits appeared to hop into the vehicle, before the next part of the challenge began 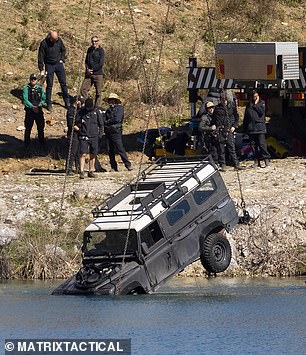 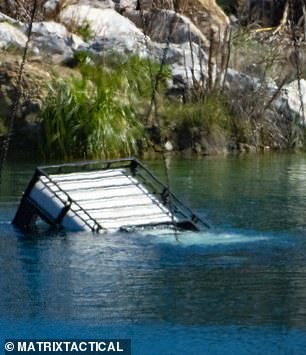 Task: The Jeep was then airlifted into the lake and submerged underwater completely 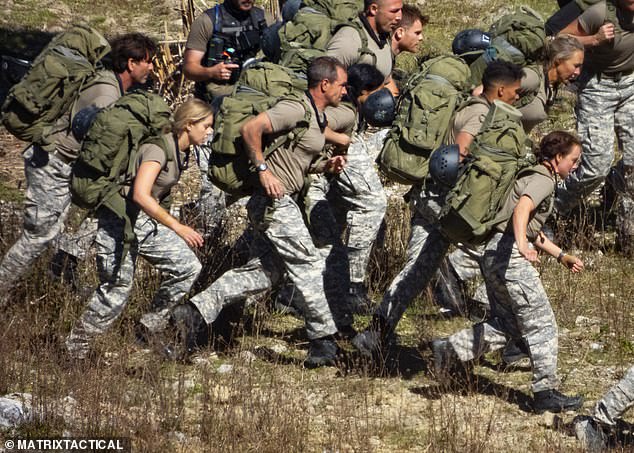 Intense: The recruits had with them their entire backpacks, which they tossed on the ground before lining up next to the lake 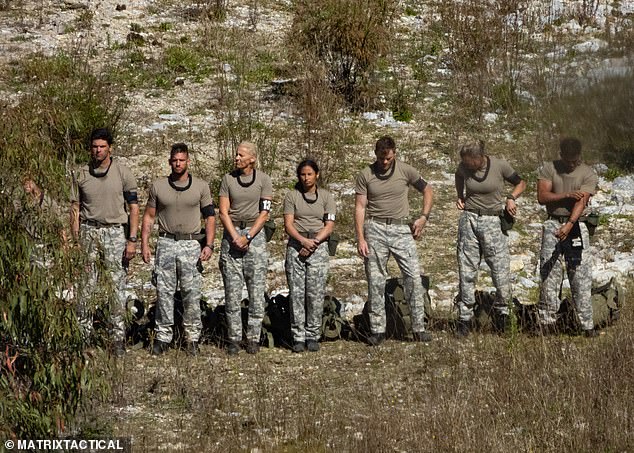 Awaiting their fate: Some of the recruits looked nervous as they awaited their challenge, holding their hands in front of them as they waited for their name to be called 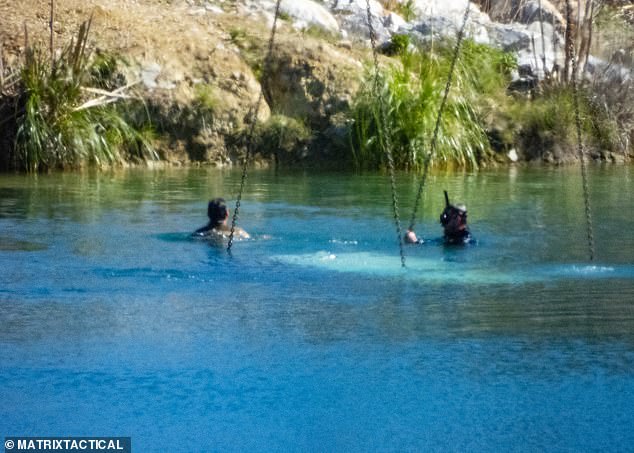 Underwater: It appeared that the recruits were involved in escaping the vehicle, as they were spotted swimming under the watchful eye of the directing staff

Built on an isolated sheep station, there was originally no structures on the camp site with the buildings erected for the show.

At the end of each bed was a metal trunk with a bucket on top, and a row of wooden drying racks lined the centre of the room. 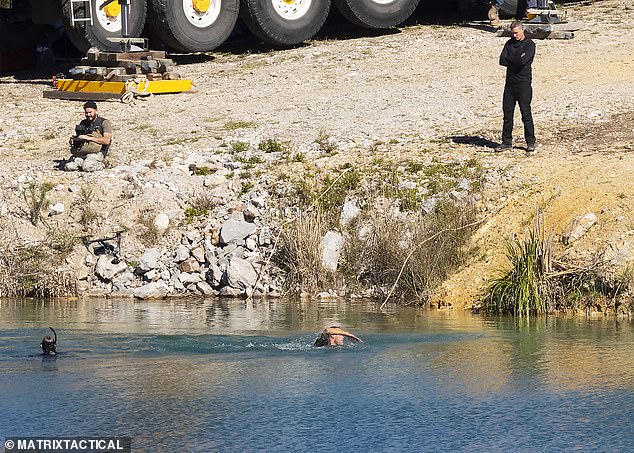 Safety: Crew members appeared to be on hand on the shore to help the recruits as they escaped the vehicle 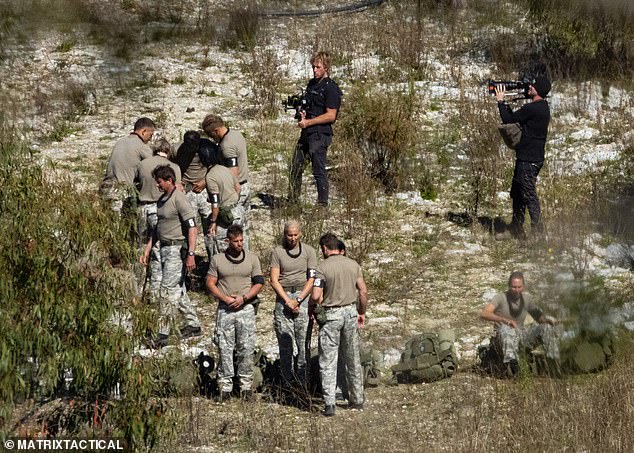 Pep talk: Some of the recruits were seen conversing in the wilderness, as two cameramen filmed around them 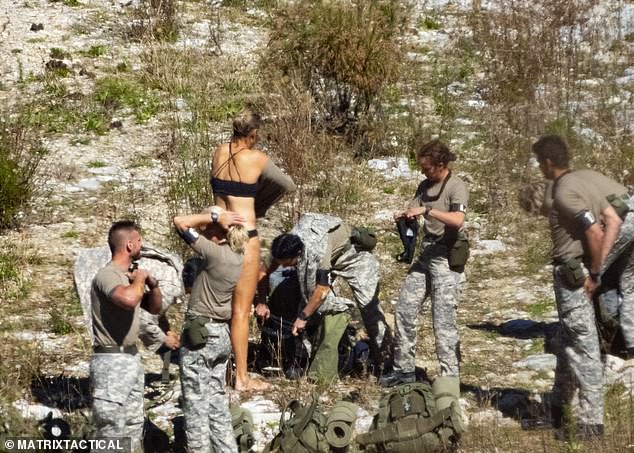 Drying off: A female recruit was later seen stripping down to her underwear after completing the task

Speaking to 7News on Monday, Ant, 40 said:  ‘Living in our world will be the rawest and most brutal life lesson these celebrities will ever experience.’

‘We aren’t holding anything back, it’s as authentic as it gets,’ he added. 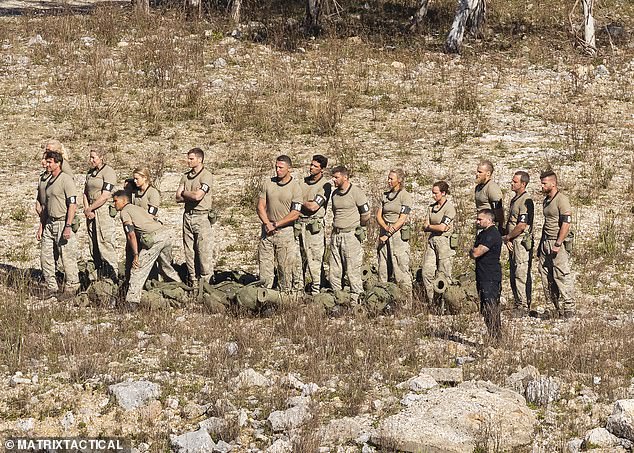 Early leavers? Two cast members who appeared to be missing from filming were Manu Feildel and Brynne Edelsten, which could be an indication that the pair have left the show early