The wife of SAS: Who Dares Win host Ant Middleton crashed his £200,000 sports car while out shopping, Mail Online can reveal.

Emilie Middleton, 40, span off the road near their Essex home and ended up with the super charged yellow Lamborghini Huracan buried in a hedge.

The mum of four was unhurt and telephoned her TV hardman husband who rushed from their home and picked her up.

No other car was involved with Mrs Middleton losing control of the prestige sports car as she accelerated away from a roundabout.

Emilie Middleton, 40, span off the road near their Essex home and ended up with the super charged yellow Lamborghini Huracan buried in a hedge

The Lamborghini suffered minor damage and had to be towed out of the hedgerow by a recovery truck.

The accident took place outside the village of Great Leighs, near Chelmsford, Essex.

A spokesman for Middleton said his wife had ‘misjudged’ the road after exiting a roundabout on her way to local shops.

One villager who witnessed the aftermath of the crash told Mail Online several motorists went to Mrs Middleton’s aid.

She said: ‘I was driving past and saw the car in the hedgerow. There were two other cars that had stopped and got out to help. I did not see the person involved, but everyone was saying it was Ant Middleton.’ 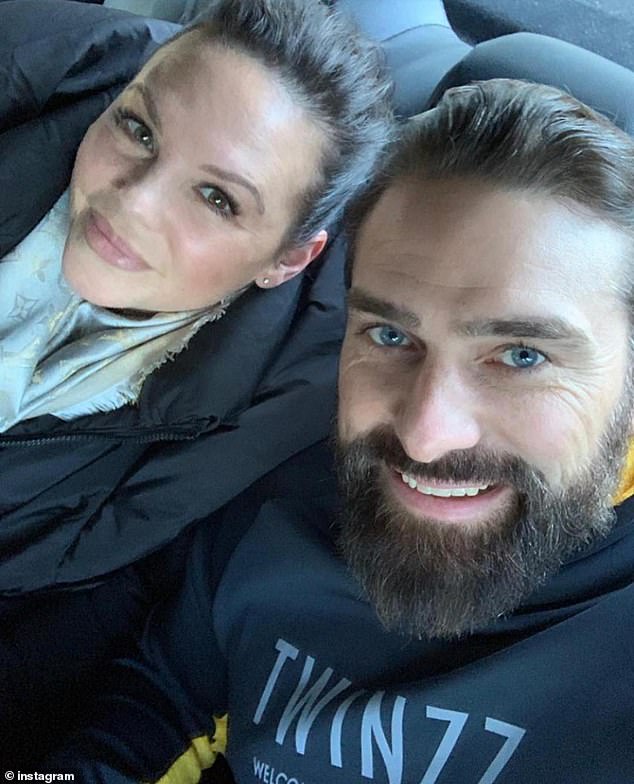 Mother of four Mrs Middleton was unhurt and telephoned her TV hardman husband, Ant Middleton, who rushed from their home and picked her up (pictured together)

The car had swerved off the road after emerging from a roundabout on to a section of the A131 road known as Strawbrook Hill on the southern end of the by-pass around the village of Great Leighs, Essex.

Four young trees were knocked down by the force of the impact and brambles were flattened as the car careered up a bank on the exit of the roundabout where the speed limit is 60mph.

Wreckage from the car including pieces of shattered yellow-coloured trim were today still visible, among the broken branches and tree stumps at the scene.

One villager said: ‘I drove past on the other side of the road and saw the car sitting in the hedge. I didn’t see anyone there and I had no idea that it was Ant Middleton’s car until I heard a couple of days later. 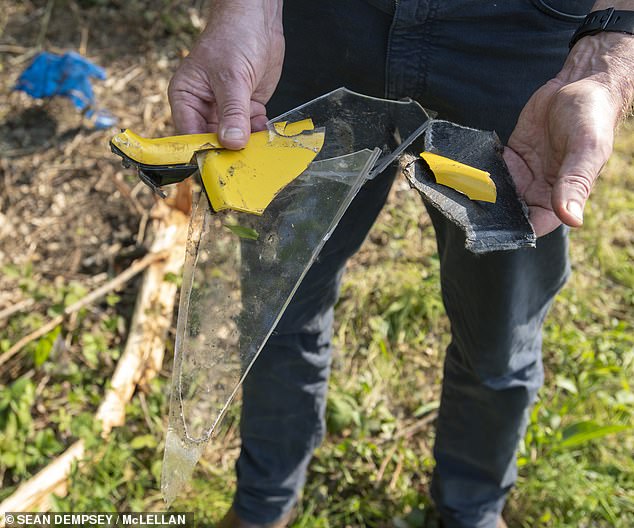 One villager who witnessed the aftermath of the crash told Mail Online several motorists went to Mrs Middleton’s aid. Pictured: Debris from the car left at the scene on the A131

‘It must have been going at a fair speed for the driver to have lost control and gone off the road.

The accident took place at the end of last month.

The Lamborghini Huracan is one of the fastest cars on the road with a top speed of 202mph (325km/h.)

Powered by a V10 engine that returns 15 miles to a gallon, it can go from 0-60mph in under three seconds.

Middleton has been spotted driving around the villages near his home in the bright yellow car.

He didn’t get much sympathy from locals who took to a community Facebook page to mock the star.

The soldier turned celebrity can currently be seen in the latest series of ‘Celebrity SAS: Who Dares Win.’ 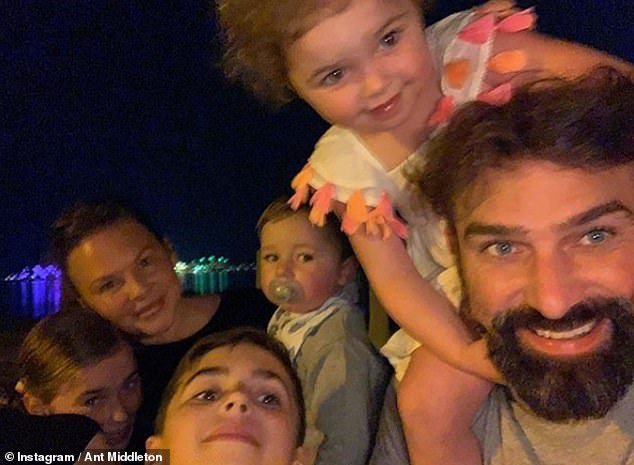 Middleton and his wife have five children, including a son from the ex soldiers first marriage.(pictured with his wife Emilie and their four youngest children)

Middleton shot to fame in 2015 three years after retiring from the Special Boat Squadron(SBS) where he served as a sniper in Afghanistan.

He became one of the hosts of the Channel 4’s ‘SAS: Who Dares Win’ where five ex-SAS soldiers put 30 members of the public through the rigorous training methods used by the elite regiment on new recruits.

Middleton has written several books, including The Fear Bubble where he tries to help people overcome their fears to live a normal life.

His autobiography, First Man In: Leading from the Front, was published in 2018, becoming a Number 1 best seller.

Middleton and his wife have five children, including a son from the ex soldiers first marriage.

He had joined the army at 16 and served with the Parachute Regiment before becoming a Royal Marine commando.

A spokesman for Middleton told Mail Online: ‘Several weeks ago Ant’s wife was driving by herself to the shops when she slightly misjudged a corner as she was coming off a roundabout. No one else was involved, she was not hurt and the car is fine’