Satellite photos have captured the enormous scale of the devastating bushfires on Kangaroo Island off the coast of South Australia.

An enormous patch of charred land can also be seen on the western side of the island.

The fires on Kangaroo Island have scorched about 171,000 hectares of land and there are two bushfire warnings that remain in place on the island as of Friday.

Tragically, two lives were also lost in the blazes. 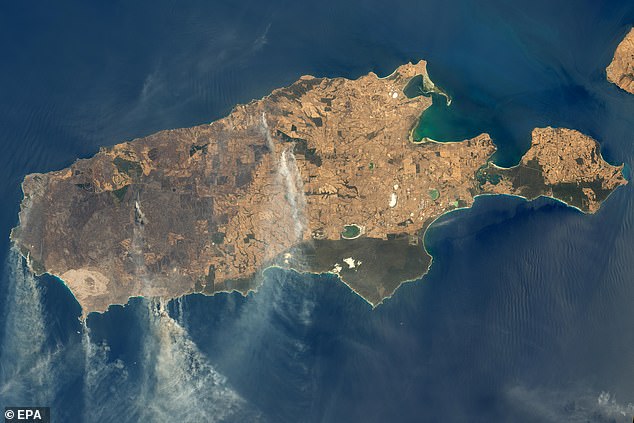 Huge areas of Kangaroo Island were destroyed after bushfire tore through 170,000 hectares of land with fire crews still working to contain two fires 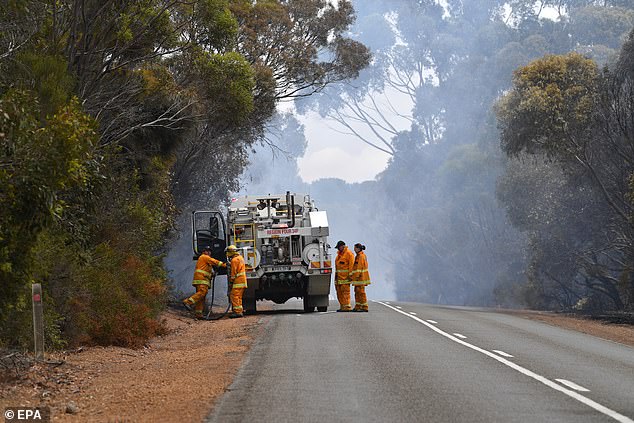 A fire crew operates at an area around Parndana after bushfires swept through on Kangaroo Island, southwest of Adelaide, South Australia on January 10

A total of 22 firefighters have been injured while fighting fires on the island.

Previous NASA satellite images have shown the impact of the fires on the landscape.

The first image was taken on December 16, showing the lush green landscape of the South Australian island before the wild fires began on December 20.

The second image was taken on Tuesday, showing a third of the island scorched with some areas still on fire, including an out of control blaze in Flinders Chase National Park. 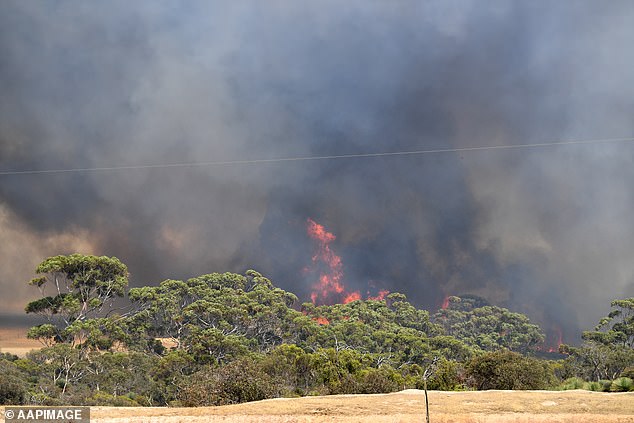 The bushfires sweeping through Stokes Bay on Kangaroo Island, southwest of Adelaide, on Thursday 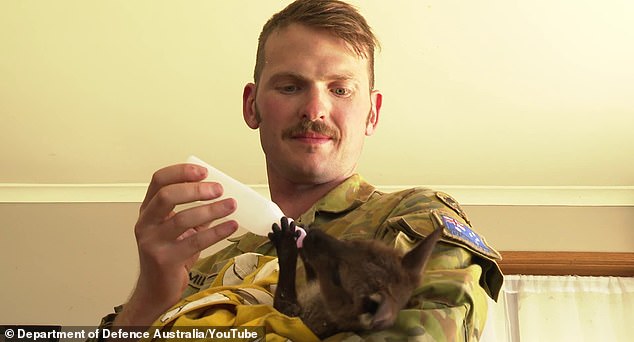 The Army is working hard in Kangaroo Island to help farmers, clear roads, and recover injured wildlife  (pictured a soldier nurses a kangaroo) 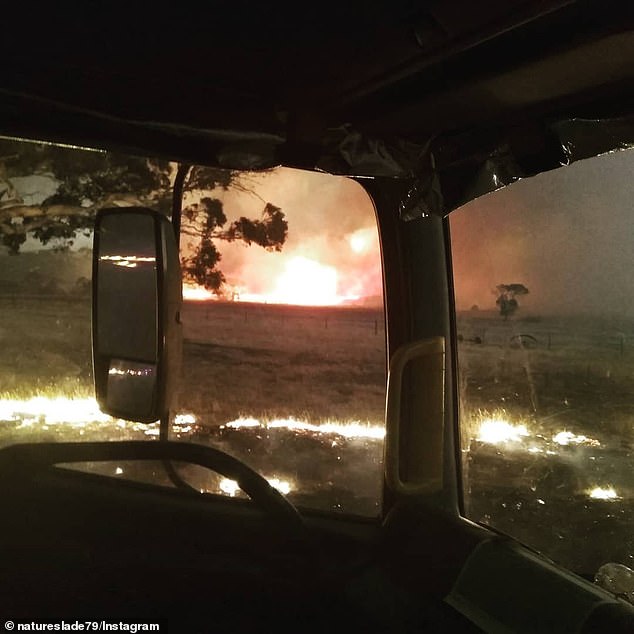 Yet another satellite image, released on Friday, shows a huge cloud of smoke making its way across the Pacific Ocean towards South America.

Smoke from Australia’s fires has already made its way as far as South America and Antarctica.

Air quality in Adelaide was ranked among the worst in the world on Friday as smoke from Kangaroo Island drifted over the city.

The Air Quality Index of the city was at 168 at 6.30am which is in the ‘unhealthy’ range and placed the city as having the 11th most polluted air in the world. 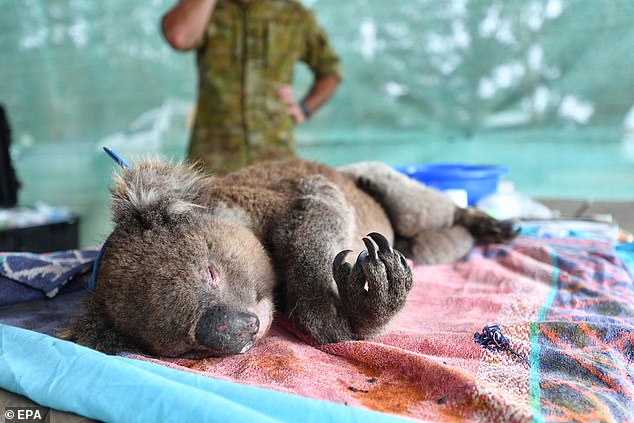 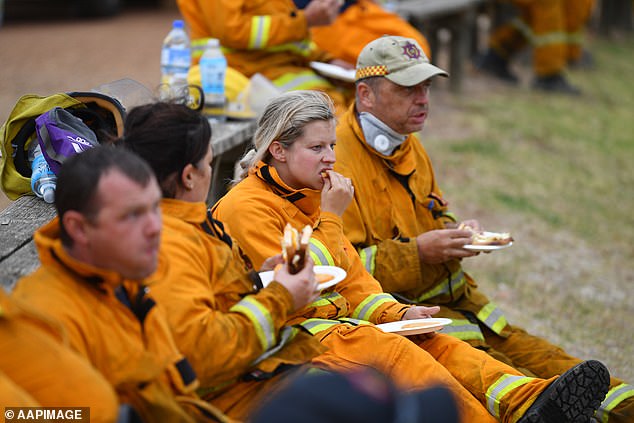 Fire fighters are seen at Kingscote oval after fighting fires through the night, on Kangaroo Island. CFS volunteers along with over 100 Army Reservists and self-sustainment supplies, are on Kangaroo Island as part of Operation Bushfire Assist 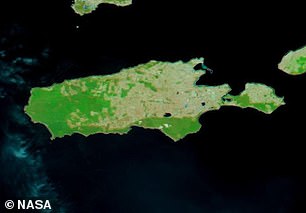 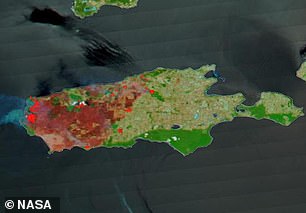 The Bureau of Meteorology also forecasts another 2mm of rain for Friday night along with humid conditions and a southerly change which should further assist firefighters.

The South Australian state government is calling for federal assistance to provide more waterbombing aircraft to help firefighters battling the blazes on the ground. 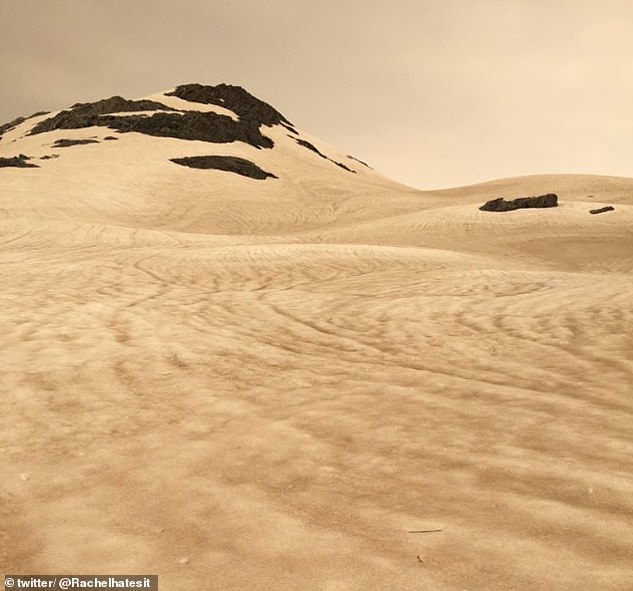 In New Zealand, hikers captured photos on the Franz Josef glacier where snow had turned light brown as a result of thick smoke travelling over the Tasman Sea 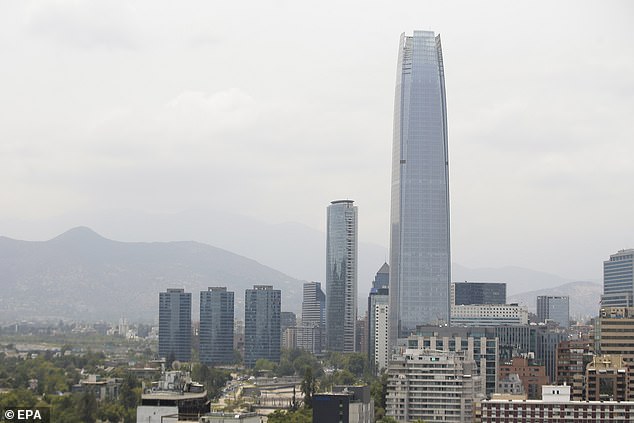 Smoke travelled more than 11,000 kilometres away to Chile (pictured) 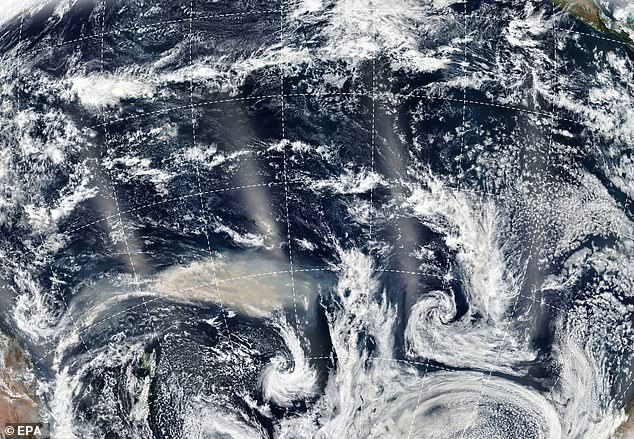 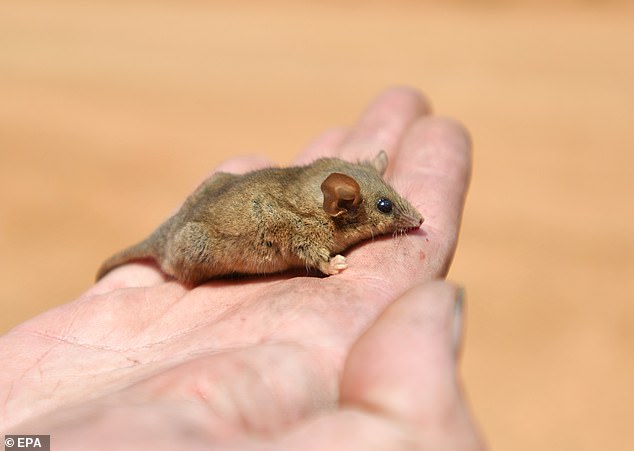 ‘We know aerial coverage to dump big payloads of retardant or water combined with our outstanding troops on the ground are key to fighting big fires like we’ve seen on Kangaroo Island and in the Adelaide Hills,’ Mr Wingard said.

‘We’ve heard that last night was an incredibly difficult night with which to firefight on Kangaroo Island – winds were not consistent, they were blustery and came from many directions…creating difficult conditions,’ he told the Adelaide Advertiser.

At least 26 people have been killed in blazes across the country since the bushfire season began in October. 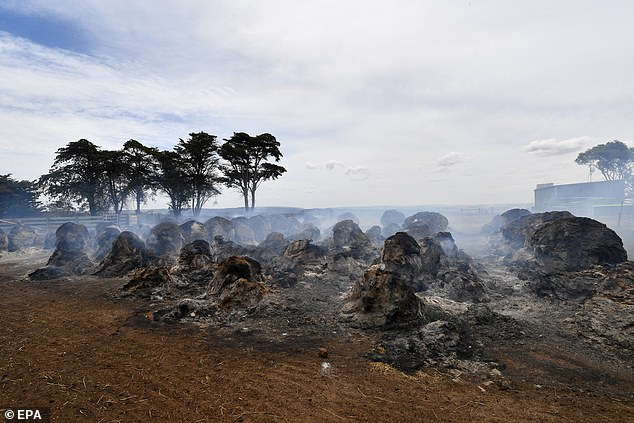 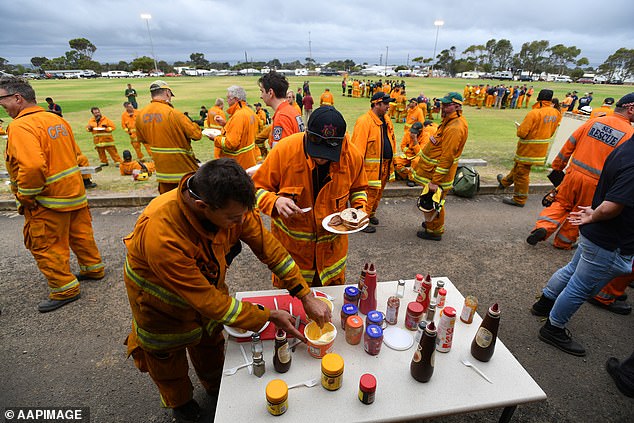