A satellite TV engineer whose weight ballooned to 22 stone after he broke his ankle falling off a bar stool has won £200,000 in compensation.

Simon Nolan, 46, had been enjoying a few pints in a pub in Crystal Palace, South London, when the stool he was sitting on gave way under him in 2012.

He crashed to the floor of the Gipsy Hill Tavern and had to be rushed to hospital for surgery on his fractured ankle.

But his inability to get around after the accident saw him balloon in weight from about 15 to 22 stone over four years.

The father-of-four, who lives in a semi-detached house with five bedrooms worth £650,000, eventually had obesity surgery to cure his fat problem because he could not lose the weight.

The fall left him ‘disabled’, he claimed, suffering with problems walking and with his work, and unable even to play football with his son.

Pub owners admitted liability for the accident and, after a hearing in court, were told to pay £200,000 damages.

Judge Heather Baucher QC said: ‘I am satisfied that limitations in his mobility resulted in his weight gain.’

Central London County Court heard that Mr Nolan was hurt when the stool collapsed at the pub – owned by Cityglen Pub Company, based in Woodford, East London. 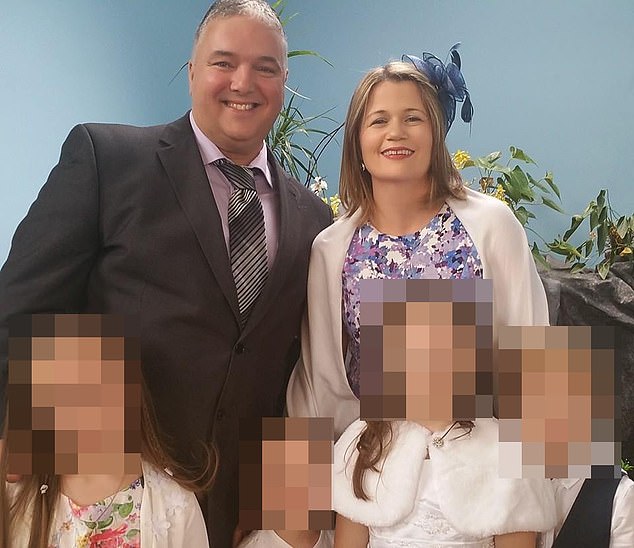 Mr Nolan, with his wife Philomena and their four children in May 2016. His inability to get around after 2012 saw him balloon in weight from about 15 to 22 stone over four years

He was taken to Mayday Hospital in Thornton Heath, where he was operated on and had a metal plate inserted to stabilise the joint.

But Mr Nolan said the injury was the start of years of misery, as his working and family life was ruined by his accident.

He told the judge that he now struggles to walk even moderate distances and has lost work. He had to sub-contract others to do work requiring ladders, he said.

Following the fall, he had been unable to move about and his ‘steady’ weight of 15 to 16 stone increased to as much as 22 stone.

He tried the Atkins diet and followed his wife Philomena’s Weight Watchers programme, but could not lose the extra weight.

Eventually, he had bariatric surgery and has returned to a healthy weight. 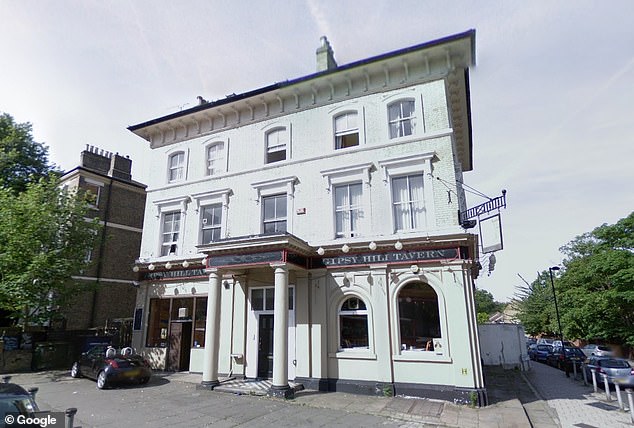 The injury also caused another accident, when he fell on stairs while carrying his child, injuring his back, he claimed.

‘My pain varies from day to day,’ he told the judge. ‘If it’s very cold weather, it’s very, very painful. In warm weather, it swells up quite a lot.

Mr Nolan (pictured on November 3) said the injury impacts on his family life, because he cannot play football with his son

‘The thing that disrupts my life more than anything else is the balance issues and how it has affected my family life and working life.

‘I don’t get to do any activities with my children whatsoever, apart from swimming. I used to be a keen cyclist, now I can’t play football with my son.

‘I’ve only been to the park once since the accident because I can’t walk very far.’

Although the pub owners admitted liability for his accident, they disputed the £1million which Mr Nolan claimed in court.

He had been injured, they said, but not all of his current problems could be blamed on what happened to him at the Gypsy Hill Tavern.

She had watched surveillance footage of him, which did not affect her impression of him, she said.

‘I’m satisfied that, given the period of inactivity directly related to the accident, the weight gain was substantial and resulted in the need for bariatric surgery,’ she said.

‘There’s no doubt that the Nolan household has been under immense strain since the accident.

‘I’m satisfied that his wife has had additional burdens placed on her and Mr Nolan has been restrained in his ability to help with the children.’ 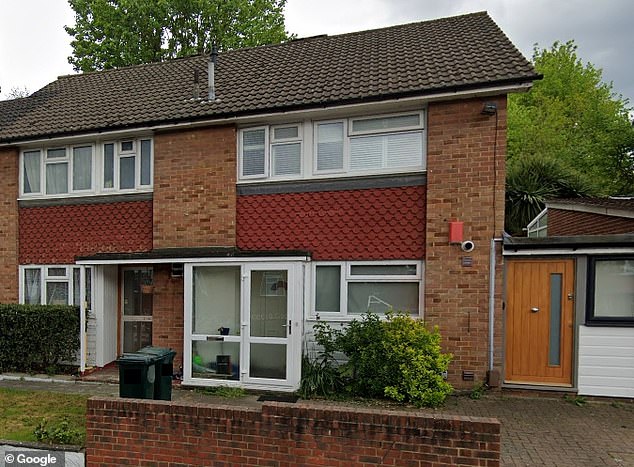 Mr Nolan lives in a semi-detached house in South London with five bedrooms worth £650,000

The initial fracture and operation, as well as ‘acceleration of orthopaedic changes’, could also be blamed on the accident, she continued.

But not everything that had happened to him since the accident in the pub could be blamed on the fall, she added.

Other health issues had played their part in the mobility problems from which he now suffers, she said.

‘There is no doubt he has suffered much since 2012, but not everything rests at the door of the defendant,’ she concluded.

‘He may well fit the criteria for disability, but I’m not satisfied that is related to the accident.’