Chinese geologists have been helping the kingdom map its uranium reserves at incredible speed as part of their nuclear cooperation agreement.

Details of the stocks are contained in their confidential reports which have been seen by The Guardian.

The revelation will increase concerns about Saudi Arabia’s potential armament.

The report states that the geologists worked throughout the year, including in the sweltering heat of the summer, to identify the reserves.

They found that more than 90,000 tonnes of uranium could be produced from three main deposits in the centre and northwest of the country.

More research will be necessary to confirm the reserves and work out the cost of extracting it.

The Middle Eastern country has been open about its plans to go nuclear and extract its uranium domestically.

A senior official previously admitted plans to move towards ‘self-sufficiency’ in producing its on nuclear fuel.

The world’s top oil exporter has said it wants to use the metal to diversify its energy mix, but uranium enrichment also opens up the possibility of military uses of the material. 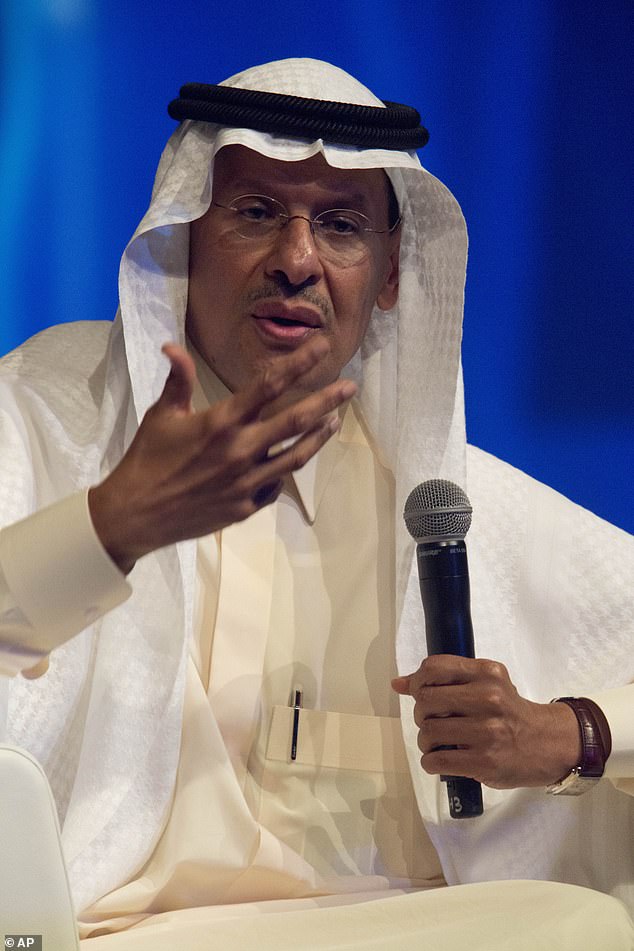 Mark Hibbs, senior fellow in the nuclear policy program at the Carnegie Endowment for Peace, said: ‘If you are considering nuclear weapons development, the more indigenous your nuclear program is, the better.

‘In some cases, foreign suppliers of uranium will require peaceful-use commitments from end users, so if your uranium is indigenous, you don’t have to be concerned about that constraint.’

The Chinese survey suggests that Saudi Arabia could have enough reserves to fuel a number of reactors as well as a surplus.

The Guardian said the report could not be independently verified which had been compiled by the Beijing Research Institute of Uranium Geology (BRIUG) and China National Nuclear Corporation (CNNC), working with the Saudi Geological Survey.

The issue of uranium enrichment has been a sticking point with the US, especially after Crown Prince Mohammed bin Salman said in 2018 that the Sunni Muslim kingdom would develop nuclear arms if regional rival Shi’ite Muslim Iran did. 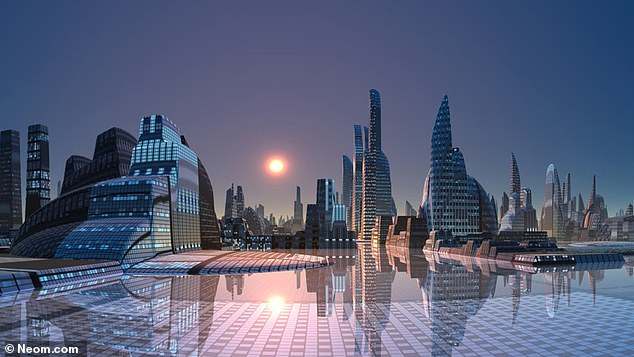 Saudi Arabia has backed President Donald Trump’s ‘maximum pressure’ campaign against Iran after he withdrew the United States from a 2015 nuclear pact that curbed Iran’s disputed nuclear programme in exchange for sanctions relief.

The major concern is the kingdom’s lack of transparency, avoiding inspections due to a 2005 agreement with the International Atomic Energy Agency (IAEA).

A small quantities protocol means monitoring is not necessary up to the point that fissile fuel is put in a reactor.

But the international nuclear watchdog now wants the country to accept a full monitoring programme, which has so far not been allowed.

IAEA boss Rafael Grossi said on Monday: ‘We are in conversation with them. They are interested in developing nuclear energy, for peaceful purposes of course.’

Most of the reserves appear close to a site chosen for the planned city of Neom which is the centrepiece of bin Salman’s Vision 2030 project to wean the country off oil.

China has been prospecting since 2017 across nine potential sites, as it looks to strengthen diplomatic and commercial ties with Saudi Arabia.