Saudi boy, 14, forges documents and flies to Thailand to ‘escape’

Saudi boy, 14, forges documents and flies to Thailand to ‘escape’ his family after claiming he suffered abuse – weeks after teenage girl also fled and was given asylum in Canada

A 14-year-old Saudi boy fled the kingdom and his family before ending up in Thailand after claiming he suffered abuse and death threats.

Ahmad Hassan Basheeri broke into his father’s online travel account and granted himself permission to travel alone, before booking tickets from Saudi to Bangkok.

It comes after 18-year-old Rahaf Mohammed fled the repressive country last year, saying she had also suffered abuse and feared for her life is she was sent home. 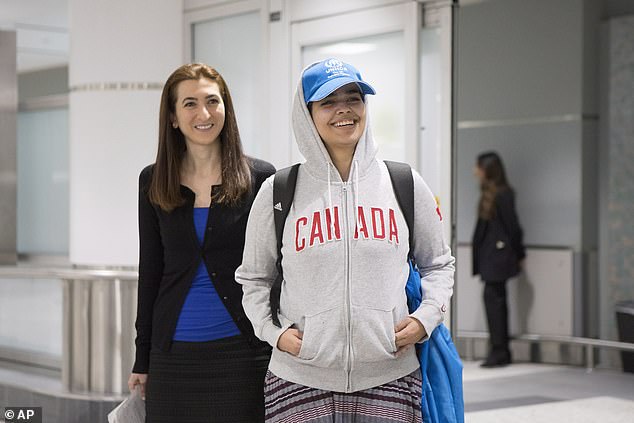 It comes after Rahaf Mohammed, 18, barricaded herself inside a hotel room in Bangkok and refused to go back to Saudi, saying she was being abused

She has since been granted asylum in Canada, where she has been pictured enjoying her newfound freedoms including smoking and removing her hijab.

Basheeri, who comes from Samtah in southwestern Saudi, told his classmates that he wanted to go abroad before staging his stunt.

Using online accounts, he managed to book himself tickets from Jizan airport to Jeddah, then on to Kuwait, Doha and Bangkok, Al Madinah reports.

A day before he was due to leave he created a Twitter account and claimed he was being abused and faced death threats.

Basheeri, who owns a passport, set off for the airport and managed to make it all the way to his final destination but was denied an entry visa because he was a minor.

Meanwhile his father had been alerted to the boy’s travel plans by his school, and in turn had alerted authorities. 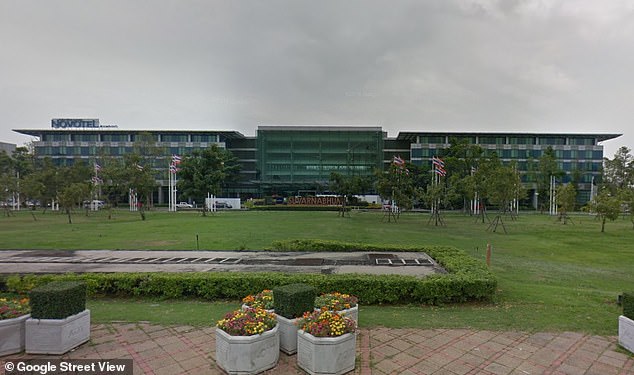 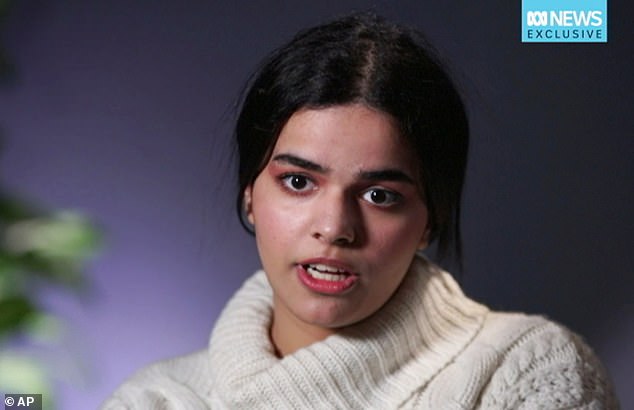 Rahaf was able to claim asylum in Canada, where she now lives, after being handed over to the UN refugee agency

After being denied entry to Thailand Basheeri was sent back to Qatar and then to Kuwait, where he was met by his father.

Relatives said they were shocked that he managed to get so far.

The story emerged after another Saudi teenager, Rahaf Mohammed, captured global attention by barricading herself in an airport hotel room in Bangkok.

The 18-year-old did so in a bid to avoid being sent home to her family, saying she feared for her life. Her family has denied abuse.

After being handed over to the UN refugee agency, she was able to resettle to Canada.