The Crown Prince of Saudi Arabia has reportedly been keeping his mother from his father, King Salman, for fears she would interfere with his rise to power.

He reportedly believes that she opposed the way he ousted his cousin to become Crown Prince last year and might use her influence to turn his father against him.

NBC News say that no less than 14 current and former senior U.S. officials had spoken to them about intelligence showing that Prince Mohammed had been hiding his mother from his father.

The sources said that Crown Prince Mohammed fears his mother would turn his father against him, and therefore ‘put his mother under house arrest at least for some time at a palace in Saudi Arabia’.

Crown Prince Mohammed has reportedly told the 82-year-old King Salman that his third wife has been ‘out of the country receiving medical treatment’ so that he would not grow suspicious. 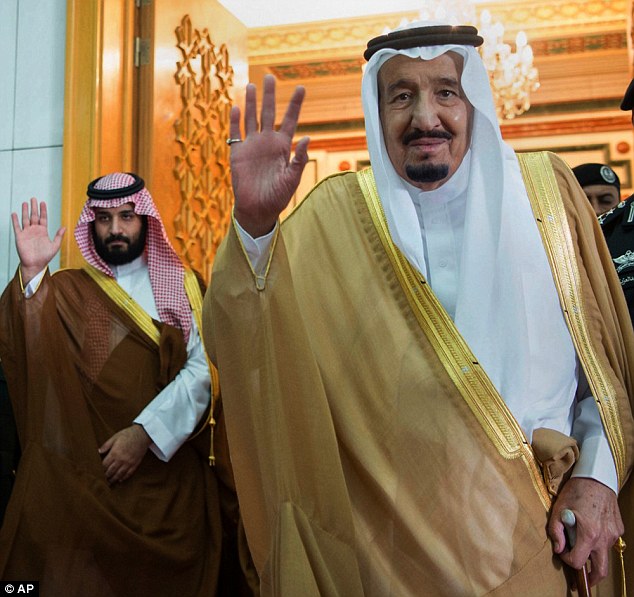 Stop ma: The Crown Prince, left, has reportedly told his 82-year-old father King Salman, right that his mother is abroad getting medical treatment 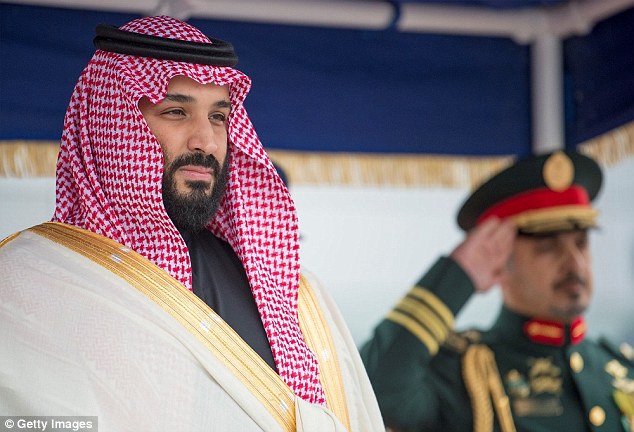 ‘Power grab’: Crown Prince Mohammed bin Salman was crowned last year after his father ousted his cousin in a ‘shake-up’

At just 32, Crown Prince Mohammed wields incredible power and influence in the desert kingdom where he is heir to the throne.

The crown prince has set himself up as a moderniser in the authoritarian state and is credited with pushing through proposals to lift the ban on women driving.

He has also announced plans for an huge entertainment complex in Riyadh as rules are relaxed on socialising and is viewed as far less cautious than other senior royals.

But human rights campaigners say the image of a reformer hides a disturbing reality.

Charity Reprieve said since his appointment in July 2017, 133 people had been executed compared with 67 in the previous eight months.

Amnesty International pointed out that while women will soon be able to drive in the kingdom, they will still need permission from men if they want to travel, be educated or get a job.