The reshuffle could help bolster the authority of Crown Prince Mohammed bin Salman, heir to the Middle East’s most powerful throne (pictured)

The surprise shake up saw the appointment of a new National Guard chief and the replacement of the information minister and the head of the tourism authority, but the ministries of energy and finance were left untouched despite an economic downturn.

The reshuffle could help bolster the authority of Crown Prince Mohammed bin Salman, heir to the Middle East’s most powerful throne.

The crown prince has faced intense global outrage over the October 2 murder of journalist Khashoggi, which tipped the kingdom into one of its worst crises.

Ibrahim al-Assaf, a former finance minister who was detained last year in an anti-corruption sweep, will replace Adel al-Jubeir as foreign minister, a royal decree said.

Jubeir was effectively demoted to minister of state for foreign affairs, the decree added without offering any explanation.

In other significant appointments, Prince Abdullah bin Bandar was named chief of the powerful National Guard, and Musaed al-Aiban was appointed the national security adviser. 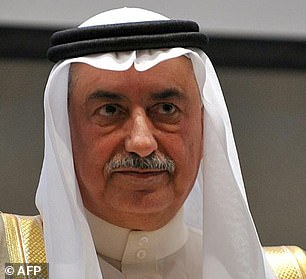 Ibrahim al-Assaf, a former finance minister, is set to replace Adel al-Jubeir as the foreign minister

In other changes, Turki al-Shabanah was appointed as the new information minister, replacing Awwad al-Awwad — who was named as an advisor to the royal court.

Turki al-Sheikh, a close aide to the crown prince, was removed as the head of the kingdom’s sports commission and named entertainment authority chief.

The energy, economy and finance ministries were left untouched even as the kingdom grapples with a sharp fall in crude prices that has generated renewed uncertainty over Prince Mohammed’s Vision 2030 reform programme for a post-oil era.

The fallout over Khashoggi’s murder is widely seen as the kingdom’s worst diplomatic crisis since the September 11, 2001 terrorist attacks on the United States, in which most of the hijackers were identified as Saudi nationals.

“You cannot delink Khashoggi from any developments, though government reshuffles are customary every four years,” said Mohammed Alyahya, a senior fellow at the Gulf Research Centre.

“The reshuffle saw the appointment of some young princes, but also veteran statesmen to positions of power. There is an effort to balance the fast pace of reform with bolstering government procedures and institutions,” he said.

Saudi Arabia on Thursday said it was creating government bodies to boost oversight of its intelligence operations, in the wake of Khashoggi’s murder. 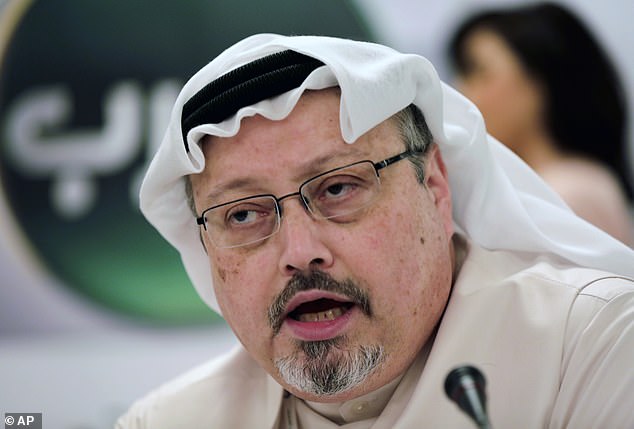 The kingdom has said Khashoggi was killed inside its Istanbul consulate in a “rogue operation” led by the then deputy intelligence chief Ahmad al-Assiri and royal court advisor Saud al-Qahtani, both of whom have been sacked.

King Salman subsequently ordered a restructuring of the main intelligence agency under the supervision of Prince Mohammed, who denies any involvement in the killing.

But the critic’s killing has tainted the image of the 33-year-old prince — the de facto ruler and heir apparent — even though the kingdom strongly denies he was involved.

But so far the fallout has not threatened to unseat the prince, who has effectively neutered his political rivals and tightened his grip on military and security agencies.

After the reshuffle, Prince Mohammed is set to maintain his political and security posts, including that of defence minster.