Two women in Saudia Arabia have been sentenced to ten lashes each after insulting one another via WhatsApp.

The two unnamed women were sentenced to the brutal punishment after trading insults on the messaging app this year, local media reports.

The case was among 220 ‘social media crimes’ unearthed by Okaz Newspaper, that had been reported in the past six months.

The high number of cases over such a short period of time, marked an increase in the pursuit of offenses involving smartphones and social media, the newspaper said.

Another case highlighted by Okaz involved a man who blackmailed a woman using revealing photos and another who had sent a friend an offensive message.

While there has been an increase in there types of offenses, it is not the first time Saudi nationals have been convicted of breaking the country’s strict Islamic laws using social media.

One of the most famous cases is that of Raif Badawi, a 33-year-old blogger who is serving a ten year prison sentence and is due to receive a total of 1,000 lashes.

Mr Badawi founded website Free Saudi Liberals and called for free speech and  was first detained in 2008, but released after questioning. 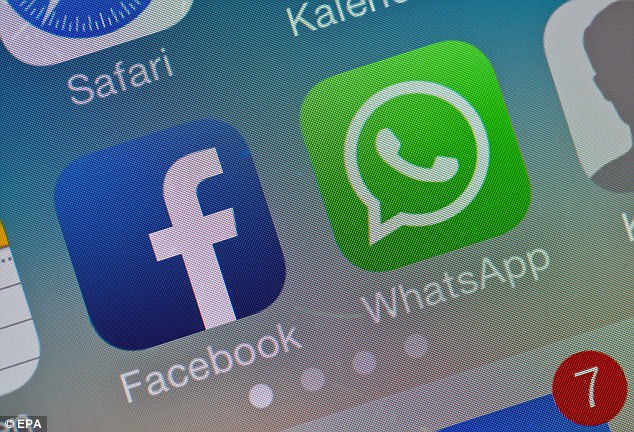 Rise: Saudi Arabia has seen an increase in crimes carried out on social media where members of the public have flaunted the country’s interpretation of Sharia law

He was arrested again in June 2012, and charged with ‘insulting Islam through electronic channels’ before his conviction in 2014.

The first 50 of the 1,000 lashes were administered in 2015, but following punishments has had to be postponed due to his health.

His wife Ensaf Haidar, who who fled to Canada with the couple’s three children in 2013, says the 50 lashes nearly killed her husband, who suffers from high blood pressure.

Last year, journalist Alaa Brinji was sentenced to five years in prison and given an eight-year travel ban over messages he posted to Twitter.

He was found guilty of charges including insulting Saudi rulers, inciting public opinion and accusing security forces of killing protesters in the kingdom’s predominantly Shiite east.