A snag for a good cause! Bunnings raises tens of thousands of dollars for bushfire victims by holding sausage sizzles

The fundraisers were being held across Bunnings’ 295 stores from 9am to 4pm on Friday to raise money for essential items for those affected by fires.

Six people have been killed and more than 600 homes destroyed in New South Wales since October 1 when bushfire season began, the NSW Rural Fire Service said. 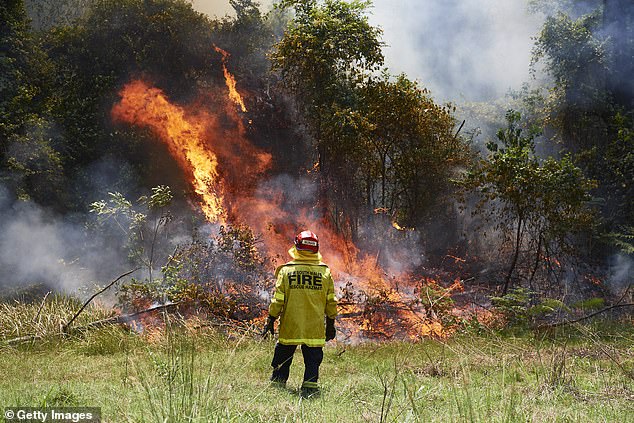 Fires have also destroyed homes in Queensland and South Australia, while more than a million hectares of land across the nation has been burnt along with livestock and native wildlife.

‘Many of our regional teams have already been assisting impacted communities on a local level but we had team members from all over Australia also wanting to lend a hand for these two important causes,’ she said in an emailed statement.

The money will be distributed by charity firm Givit, a non-profit organisation that says on its website that it enables donors to see what items are required by the needy in a ‘virtual warehouse’ online.

Other corporate givers have stepped up to help the bushfire victims.

The donation will help regional brigades buy equipment to help the volunteer brigades to continue saving lives and houses.

‘We need to work together in times of crisis to rebuild and support those affected,’ said Chief Executive Graham Kerr.

‘The courage and dedication of volunteers to protect their communities is extraordinary. Our donations will support the resourcing of both current and future operations for these vital organisations.’

Many people have tried to donate goods to help bushfire victims, but the New South Wales Rural Fire Service said it is better just to donate money that can be spent where needed. 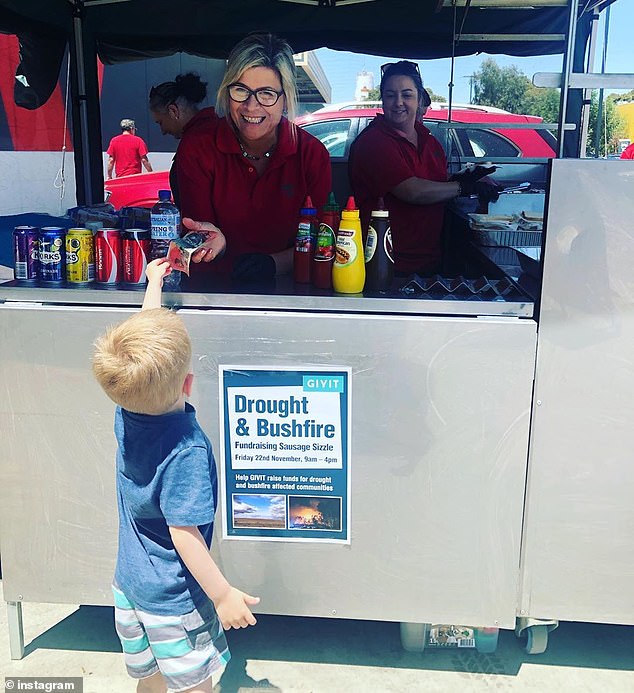 ‘We know many people want to donate physical items such as food and clothing but these take up much needed community space,’ it says on its website.

The public has also rallied behind wildlife affected by the fires with a GoFundMe campaign for koalas raised more than $1 million in donations, becoming the second-biggest fundraiser on the crowd-funding platform in Australia.

The Port Macquarie Koala Hospital started the page with an initial goal of $25,000 after 350 koalas died when their bushland home in northern NSW and southeast Queensland was incinerated.

Since bushfire season began on October 1:

–  Cobraball, Qld, fire destroyed 15 homes, burnt more than 12,000 hectares of land, including 230 hectares of high-value crops such as pineapple, mango, and lychee

Figures current as of November 22