Savannah Guthrie reveals she has PNEUMONIA

‘Explains a lot’: Today star Savannah Guthrie reveals she has PNEUMONIA – just days after sharing a picture of the sweet get-well card her daughter Vale made for her while she was out sick

Savannah Guthrie has revealed that she is suffering from more than the average cold — she has pneumonia.

After missing nearly a full week of work, the 47-year-old Today star took to Instagram on Thursday to let her nearly 800,000 followers know why she has been absent from the news desk.

Out sick: Savannah Guthrie (left) has revealed that she is suffering from pneumonia 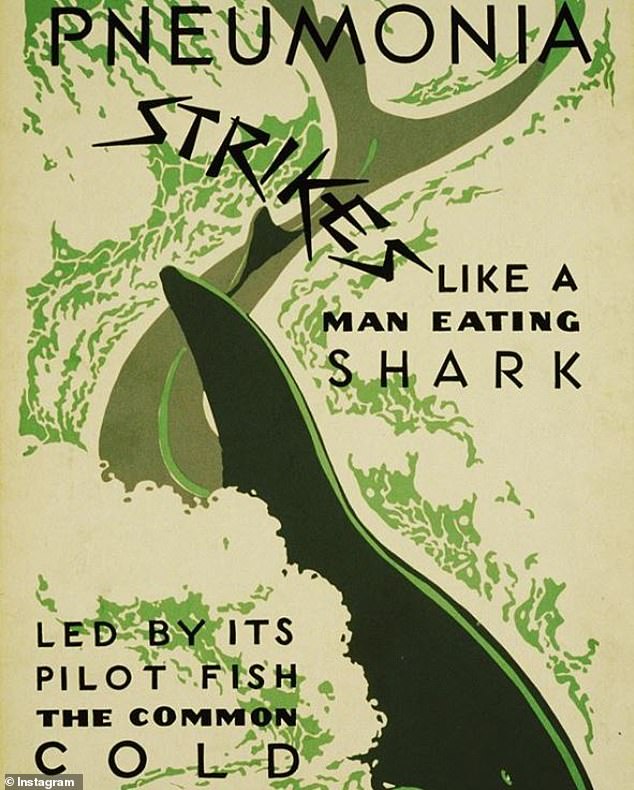 Out sick: The 47-year-old took to Instagram on Thursday to share a graphic about the infection after missing nearly a week of work

Along with the update, she shared a graphic that reads: ‘Pneumonia strikes like a man-eating shark led by its pilot fish the common cold.’

Savannah received hundreds of well wishes from fans, including messages from her celebrity friends.

Just three days before she shared her diagnosis, Savannah posted photos of the heartwarming get-well card her five-year-old daughter Vale made for her. 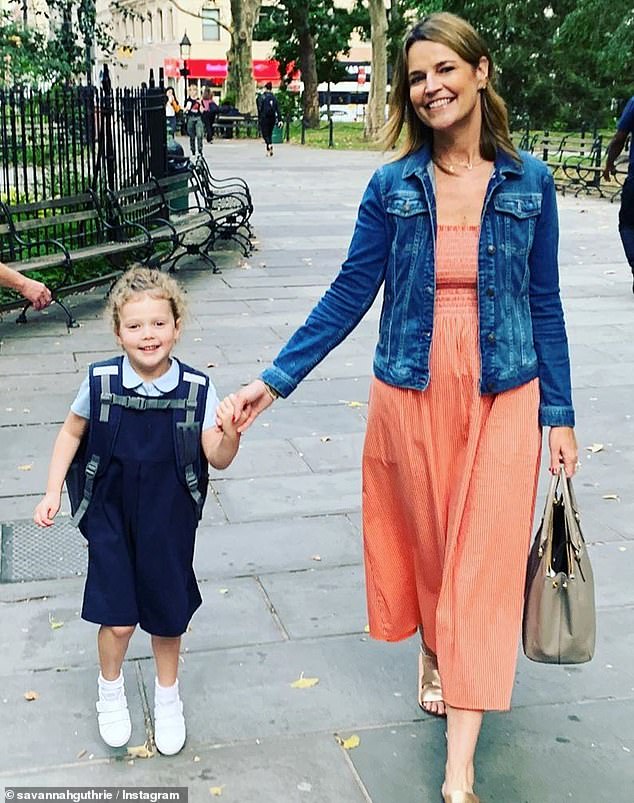 Aww: Earlier this week, Savannah shared photos of the homemade get-well card her five-year-old daughter Vale made her 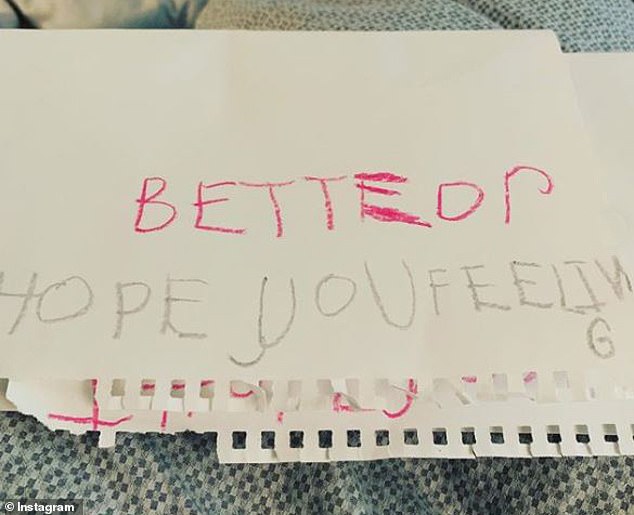 Too cute: On the front of the card, Vale wrote that she hoped her mom would feel better 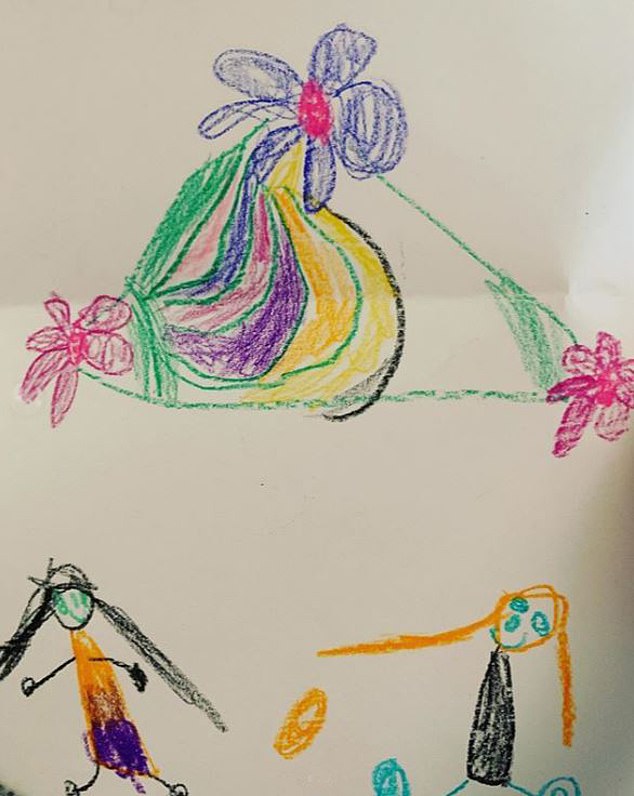 Adorable: The card featured a drawing of what looks like Vale and Savannah kicking a ball back and forth

‘Betteor Hope You Feeling [sic],’ reads the card, which features a drawing of what looks like Vale and her mom kicking a ball back and forth.

‘When your little one makes you a get well card,’ Savannah captioned the photos, prompting her co-star Jenna Bush Hager to wonder if she was the one who had gotten her sick.

‘OH NO. Did I give it to you???’ wrote the mom, who has been on maternity leave since she welcomed her son Hal on August 2.

The two pals were most recently seen enjoying a double date with their husband’s at the US Open men’s final on September 8, but Savannah never confirmed Jenna was the one who got her sick. 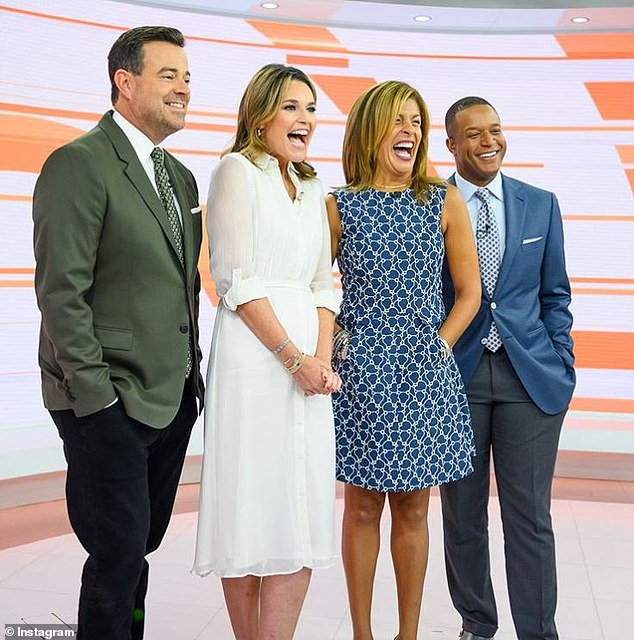 Throwback: The anchor was last seen on the show on Friday, September 13, and she shared this photo to celebrate the end of the work week. It’s unclear how long she will be off for 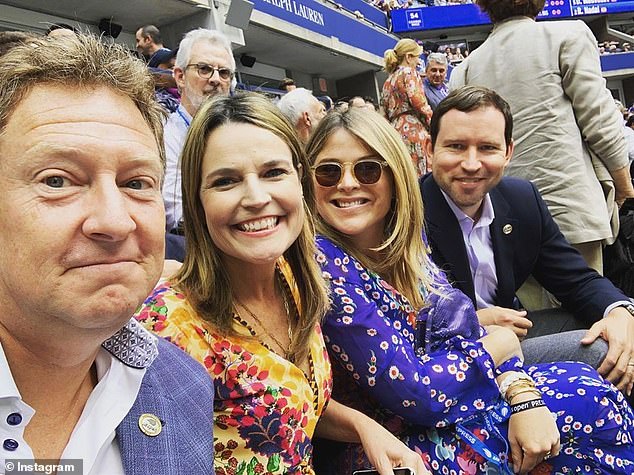 Whoops! Savannah’s co-star and friend Jenna Bush Hager was worried she was the one who got her sick. The two attended the US Open men’s final with their husband on September 8

Pneumonia is an infection of one or both of the lungs caused by a bacterial, viral, or fungal infection. It can cause mild to severe illness with symptoms that include fatigue, fever, chills, and a phlegmy cough.

Walking pneumonia is milder than pneumonia, though it requires a longer recovery period and can last for up to six weeks, according to Healthline. Pneumonia symptoms, however, usually start to improve within a couple of days.

It’s unclear what type of pneumonia Savannah is suffering from and how long she will be out for.

The anchor was last seen on the show on Friday, September 13, and she celebrated the end of the work week on Instagram by sharing a photo of herself and her co-stars Carson Daly, Hoda Kotb, and Craig Melvin smiling from ear to ear.