Savannah Guthrie has hit back at an online troll who cruelly criticized the dusty rose dress she wore on the Today show Tuesday.

The 46-year-old anchor tweeted a screengrab of some of the comments she received about the $2,295 Derek Lam frock — both good and bad — writing: ‘Twitter in a nutshell #love #hate.’

However, she couldn’t resist replying to one particularly rude commenter who slammed the Today show producers for letting her wear the ‘fugly’ dress in a since-deleted tweet.

Outfit of the day: Savannah Guthrie wore a $2,295 dusty rose dress by Derek Lam on the Today show Tuesday 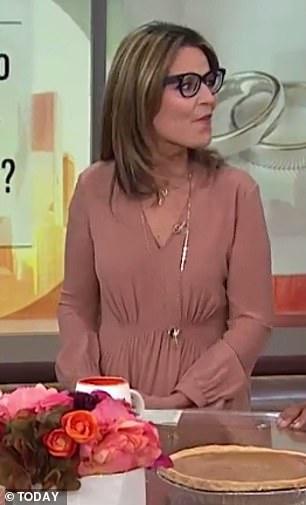 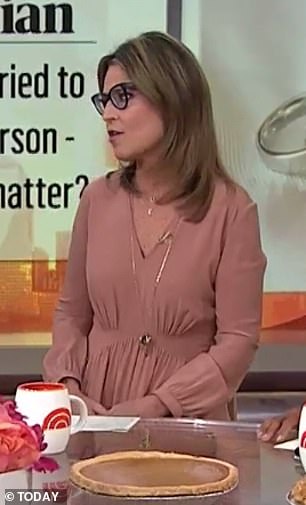 Details: The 46-year-old paired the frock with layered necklaces and black frame glasses 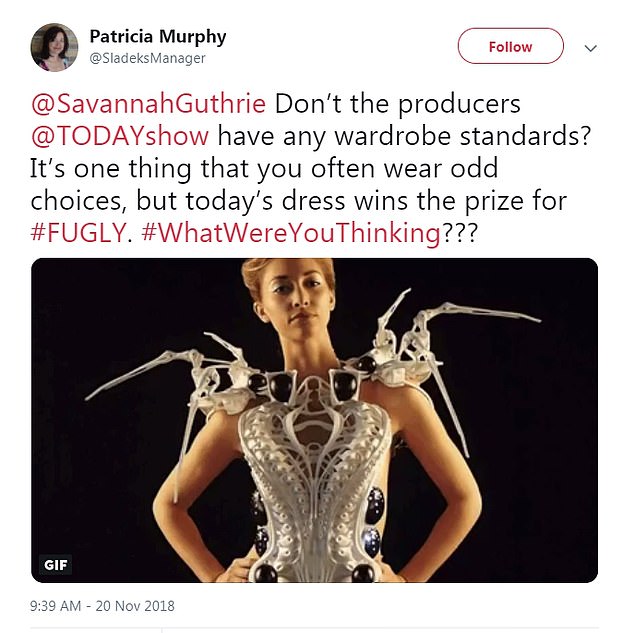 Way harsh: One woman slammed the Today show producers for letting Savannah wear the ‘fugly’ dress in a since-deleted tweet 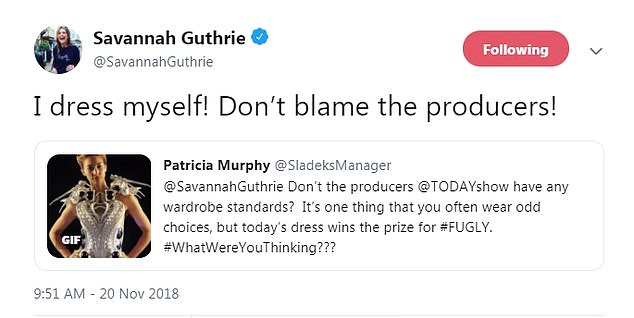 Facts: When she hit back at the commenter, Savannah pointed out that she dresses herself

‘Don’t the producers @TODAYshow have any wardrobe standards?’ the woman tweeted. ‘It’s one thing that you often wear odd choices, but today’s dress wins the prize for #FUGLY. #WhatWereYouThinking???’

‘I dress myself! Don’t blame the producers!’ Savannah responded, prompting many fans to come to her defense — including a few celebrities.

‘I love your outfits,’ Mindy Kaling tweeted. ‘Literally wish there was a website to find out what everything is!’

Figure skater Adam Rippon responded: ‘Omg. I love you so much.’

And KALB anchor Brooke Buford commented: ‘You just go ahead and cash that multimillion dollar check each year and keep doing you, Savannah. You look great!’

Savannah has made it clear that her wardrobe choices are entirely her own, but she certainly received some mixed messages earlier in the day. 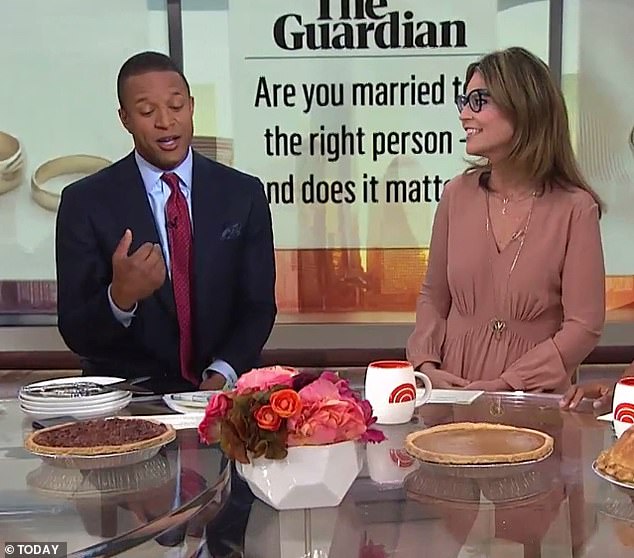 Something to smile about: The anchor’s response to the online troll prompted many fans to come to her defense

Fan club: Mindy Kaling pointed out that she loves Savannah’s outfits and would like to buy them for herself

Ignore them: KALB anchor Brooke Buford told Savannah to keep doing what she is doing

Hard to handle: One woman named Mandy stressed that some people are just ‘rude and mean’

‘Can’t please everyone!’ Morgan Ottier was among the people who loved Savannah’s dress 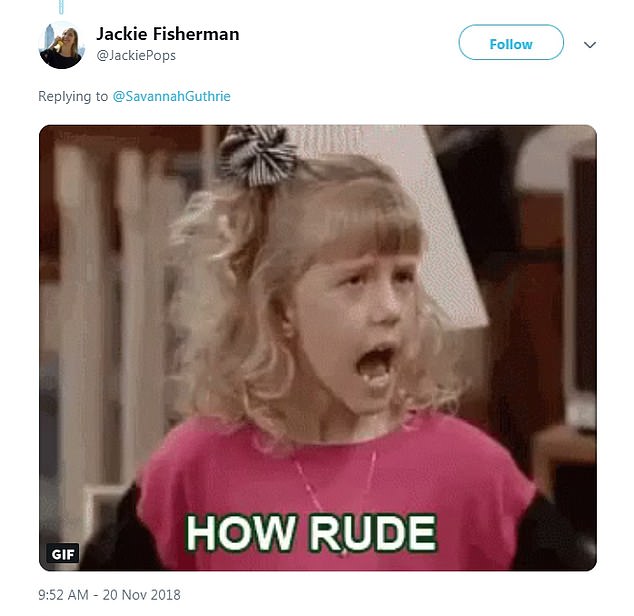 Some fans went wild over the frock, while others seemed to think they were doing the journalist a favor by sharing their brutally honest opinions.

‘Don’t wear that dress ever again! Trust!’ one person advised.

‘Hey Savannah, where is the dress you are wearing this morning from?!!! I love it,’ someone else tweeted.

Meanwhile, one particularly passionate commenter wrote: ‘Savannah, burn that dress! That ugly, flesh-colored sack does not become you.’

Like most celebrities, the Today star receives plenty of unsolicited advice, but that doesn’t mean she doesn’t stick up for herself when need be.

Earlier this year, Savannah reminded her social media followers that it is never okay to ask a woman if she is expecting. 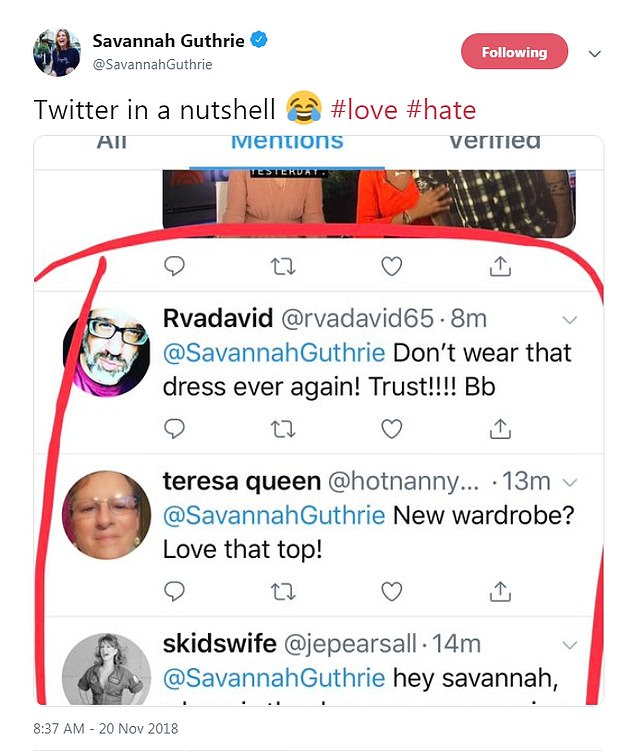 Tough crowd: Earlier in the day, Savannah tweeted a screengrab of some of the comments she received about the frock — both good and bad 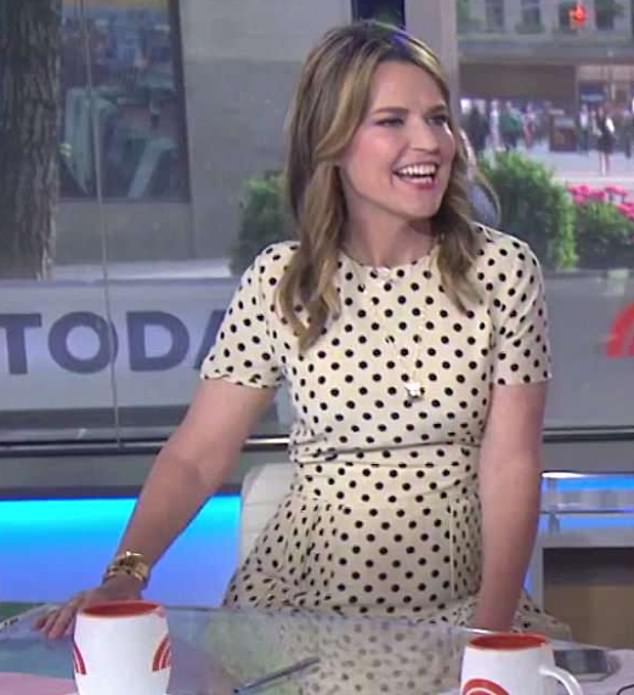 False: Earlier this year, Savannah hit back at viewers who claimed she was pregnant after she wore this polka-dot dress on the morning show

‘It is just the dress’: Savannah responded to the since-deleted tweet featuring a picture of her wearing the form-fitting frock 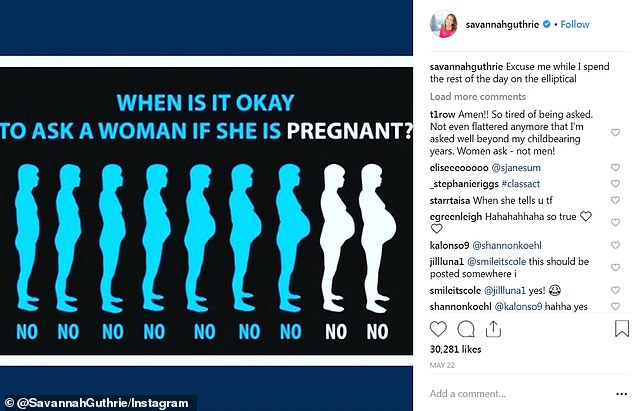 Not okay: Savannah also took to Instagram to share a chart of a woman’s pregnancy as a reminder that it is never appropriate to ask a woman if she’s expecting

After she sported a cream and black polka-dot dress on the morning show, some Twitter users speculated that she was expecting her third child.

‘It is just the dress. Excuse me while I go burn it,’ she hit back, responding to a since-deleted tweet of her wearing the form-fitting frock.

Meredith Barack, a new anchor for RTV6 Indianapolis, responded to Savannah’s tweet by sharing a chart with the caption: ‘When is it okay to ask a woman if she’s pregnant?’

The illustration shows the progression of a pregnancy, and under each of the drawings of a woman’s growing stomach is the word ‘no’.

Savannah was so taken with the chart that she decided to use it to turn the uncomfortable incident into a teaching moment.

She posted the drawing on her Instagram page for her followers to see along with the caption: ‘Excuse me while I spend the rest of the day on the elliptical.’