Save Money Lose Weight: Woman loses 2st in a month due to diet shakes

An obese woman who dreamed of becoming a mother has revealed how she lost 2st in a month using a ‘meal replacement shake plan’ in a bid to be placed on the IVF waiting list.

Appearing on tonight’s Save Money, Lose Weight, Sarah, 34, from London, was overcome with emotion when she told how she was determined to shed 4 or 5 stone to fulfill her dream of starting a family.

She tipped the scales at 20st 10lb, but followed the Nuut meal replacement shake plan, which costs £140 for 28 days to shed the pounds.

Despite feeling exhausted and constipated from the plan, her determination paid off and she was left crying with happiness after an impressive 2st weight loss in just a month.

Sarah, 34, from London, who dreamed of becoming a mother, has revealed how she lost 2st in a month using a ‘meal replacement shake plan’ in a bid to be placed on the IVF waiting list (pictured before her weight loss) 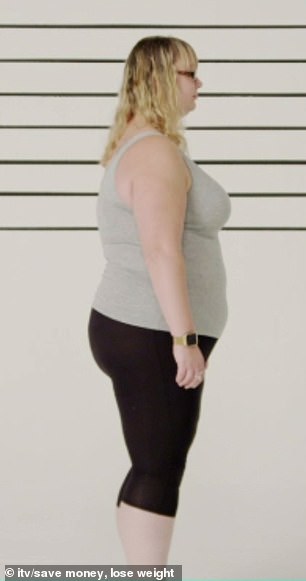 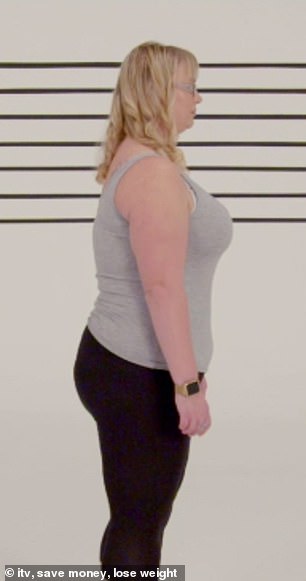 The self-confessed serial dieter, who works as a nanny, wiped away tears during the show as she described her longing to start her own family.

She tearfully said: ‘I want to have a child. It’s time for me to have my own family. I’ve got to lose 4 or 5 stone to be on the IVF waiting list.

Sarah, who is one of 12 to road-test a diet throughout the series, swapped meals for replacement shakes during the month-long diet. 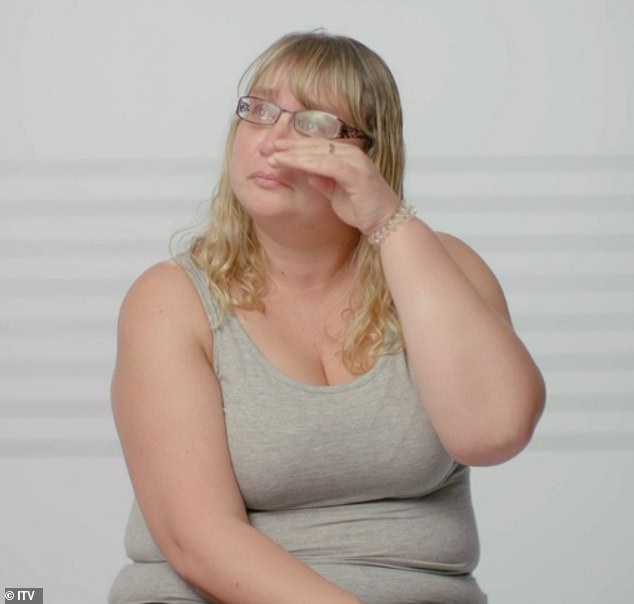 Appearing on tonight’s Save Money, Lose Weight, the nanny wiped away tears as she talked about her dream of becoming a mother 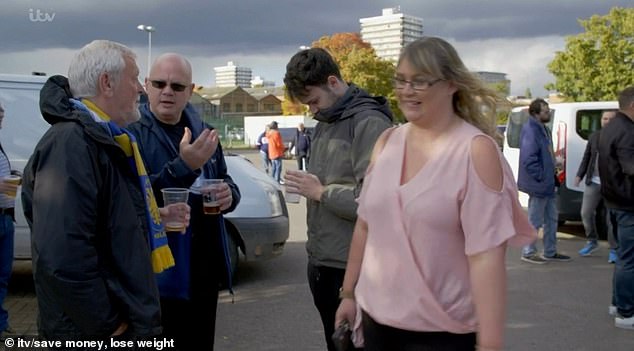 Throughout her month of dieting, Sarah found trips to her local football club in Wimbledon particularly difficult, as she admitted she was used to gorging on chips before the game

The low-carb blended shakes are formulated with natural ingredients, and contain plenty of protein and fats, plus pre and probiotics to keep blood sugar and energy levels stable.

She coupled her diet with eating healthy, low-calorie dishes and also ditched  alcohol.

Who qualifies for NHS-funded IVF treatment

The National Institute for Health and Care Excellence (NICE) fertility guidelines make recommendations about who should have access to IVF treatment on the NHS in England and Wales.

These guidelines recommended that IVF should be offered to women under the age of 43 who have been trying to get pregnant through regular unprotected sex for 2 years, or who have had 12 cycles of artificial insemination.

However, the final decision about who can have NHS-funded IVF in England is made by local clinical commissioning groups (CCGs), and their criteria may be stricter than those recommended by NICE.

If you’re not eligible for NHS treatment, or you decide to pay for IVF, you can have treatment at a private clinic. Costs vary, but 1 cycle of treatment may cost up to £5,000 or more.

Throughout her month of dieting, Sarah found trips to her local football club in Wimbledon particularly difficult, where she was used to gorging on chips before the game, burgers at half time, followed by beer at the pub.

Instead, she swapped fatty foods for shakes and home-cooked meals for two days, before consuming three shakes for breakfast, lunch and dinner on the third day.

The diet wasn’t without its struggles, with Sarah admitting she was often ‘tired’, ‘moody’ and constipated while embarking on the four-week plan.

But the nanny’s hard work and determination paid off when she finally stepped on the scales after 28 days.

She could hardly contain her emotion and burst into tears when she found out she’d lost an incredible 2 stone on the diet.

‘I’ve got another three stone to lose but I can actually go to the hospital now and say I’ve lost the two. I didn’t expect to lose that in 28 days.’ 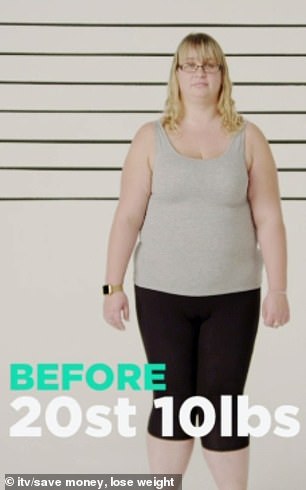 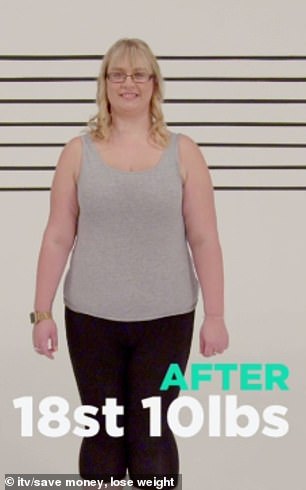 The nanny was amazed to have lost 2 stone in just 28 days after trying out the meal replacement plan (pictured left, before, and right, after) 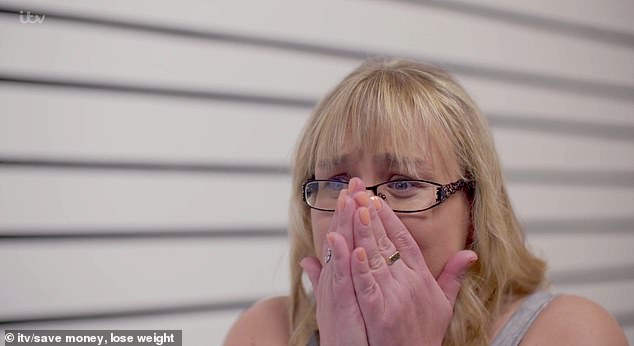 At the end of the month she was ecstatic to learn she had lost 2 stone, and said she never expected to lose so much in just 28 days