Savvy businessman only needs to open shop one day a week

A former pub chef has found a way of making enough money on a Sunday so that he can shut his shop for the rest of the week.

Chris Lewis, 43, who is known as Curly because of his hair, has been running the popular Curly’s Dinners in Pentre, South Wales, for the past 14 years.

Claiming to be the first Sunday dinner delivery service in the Rhondda valley, the company specialises in takeaway roasts which are served in a polystyrene tray.

Costing £4.50 for children and £6.50 for adults, each portion comes with a choice of meat, vegetables, roast potatoes, stuffing, Yorkshire pudding and a pot of gravy.

There is also a choice of homemade desserts, such as jam roly-poly and custard or chocolate fudge cake and cream, which start from around £1.50.

Facebook reviews rate the dinners as 4.8 out of 5, calling the food ‘beautiful’, ‘fantastic’, ‘good value for money’ and ‘the best Sunday dinner I’ve ever tasted’.

Despite only opening the shop on a Sunday, preparation work starts as early as Friday for Mr Lewis and his team as they get ready for the weekend ahead. 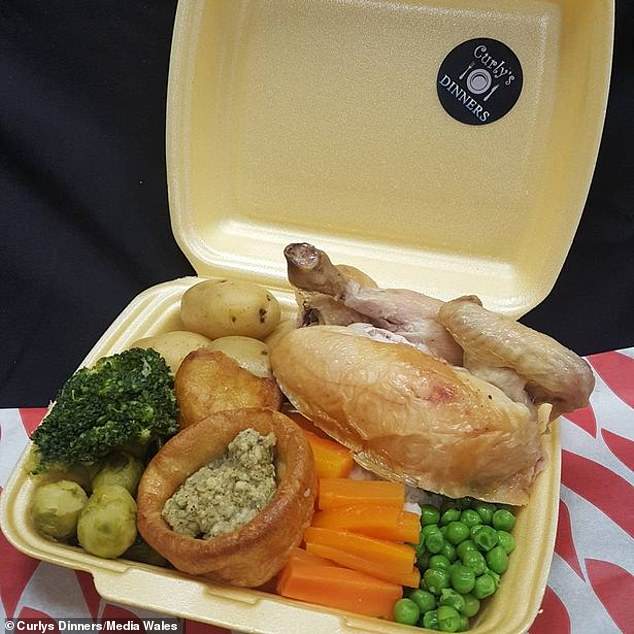 Despite only opening the shop on a Sunday, preparation work starts as early as Friday

Mr Lewis told Wales Online: ‘We prep all week – Friday we have our deliveries, Saturday we prepare the food, Sunday we’re flat out all day.’

He estimates that his team – made up of around eight staff members – prepare, cook and sell between 350 and 380 roast dinners, plus the desserts, every week.

Starting at 5am, he works constantly until around 4pm on a Sunday, with his firm making up to £130,000 a year in revenue just by opening one day a week.

Mr Lewis said: ‘I can manage enough on a Sunday to be closed the rest of the week. We sell out mostly every week. 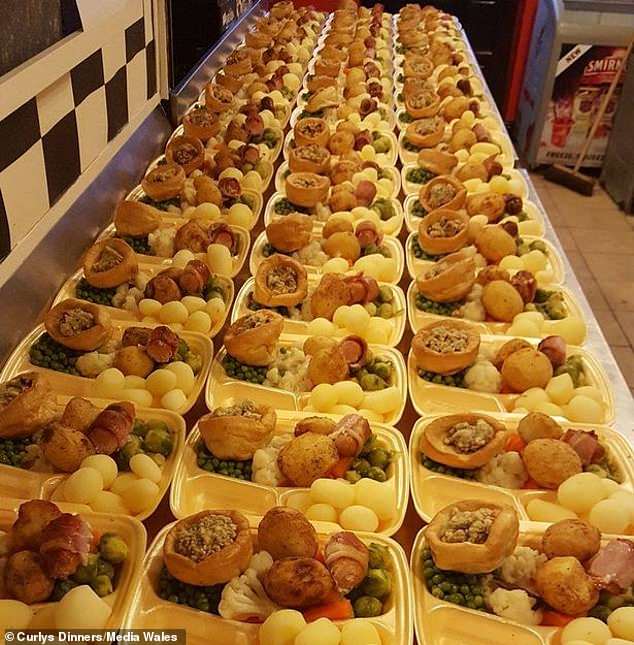 He estimates that his team prepare, cook and sell between 350 and 380 roast dinners a week

‘We try to keep the prices as low and as reasonable as we can, with plenty of food. I was brought up in the valleys, so I’m used to nice, big plates.’

Mr Lewis describes his service as a ‘production line’ and from preparing the veg to pouring the gravy and cooking the meat, every team member has their own job.

‘My team is awesome – we’re like a well-oiled machine and they’ve been with me for a long time,’ he added. 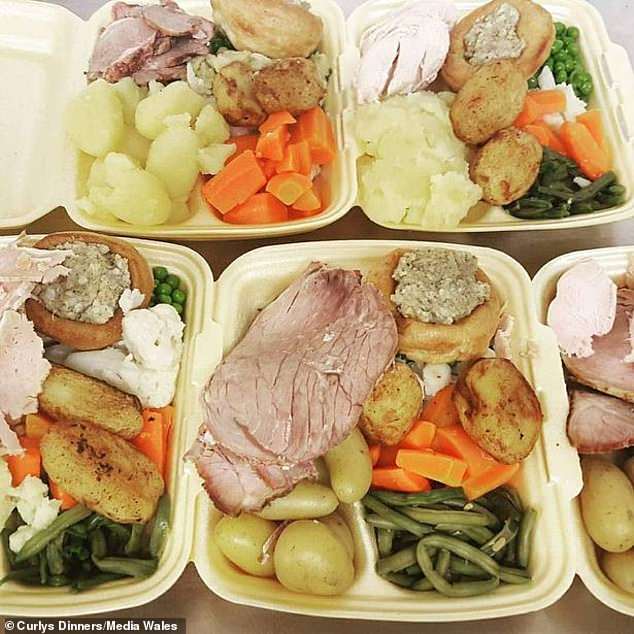 After leaving school, Mr Lewis worked in a fish shop for two years before training to become a chef at his local pub.

He spent more than 12 years cooking at the pub, and it was this experience that sparked the idea for his future business.

‘We’d do Sunday dinners at the pub every week and a lot of people would pop in and ask if they could take the dinners away,’ Mr Lewis said.

‘Only around 10 to 15 people would come in and eat, but loads of people would take dinners away. I could see how popular it was, so when a shop became available I decided to go on my own.’ 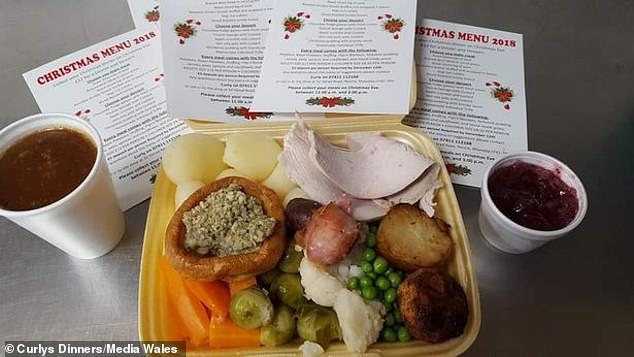 Mr Lewis now has future plans to expand the business, and hopes to eventually buy a bigger shop, allowing for more space to prepare dinners.

He has also recently started a ‘Meals on Wheels’ service, which delivers roast dinners to customers on a Wednesday and Thursday.

He said: ‘It’s the same as our Sunday service, except the shop itself isn’t open. It’s quite new and I’m still trying to build it up.

‘But Sundays are still our busiest day by far. I started it so it would give me something to do throughout the week. Otherwise I’d get too bored.’