Savvy mother transforms derelict £500,000 Victorian villa with no plumbing into a stunning home

A savvy mother-of-three transformed a derelict £500,000 Victoria villa that had no plumbing or heating into a stunning family home with its own cinema and gym after estate agents had been ‘wary’ to show her around the property.

Caroline Quinn and her husband Mark decided to take on the challenge of completely renovating the neglected house and barn in a village near Carlisle, Cumbria, after buying it in September 2017 when it was on the market at £500,000 due to its state of disrepair.

Caroline, 33, wanted to personalise the property that is situated in the same village where her and Mark, 48, had raised their family.

The property develop was adamant that she wanted to create a home perfect for the needs of her family with a large open plan kitchen and upstairs laundry room.

But despite an estate agent being ‘wary’ to show her the dilapidated building after scrambling through overgrown plants just to get to the front door, Caroline has now revealed her home’s stunning makeover, which took one year to complete. 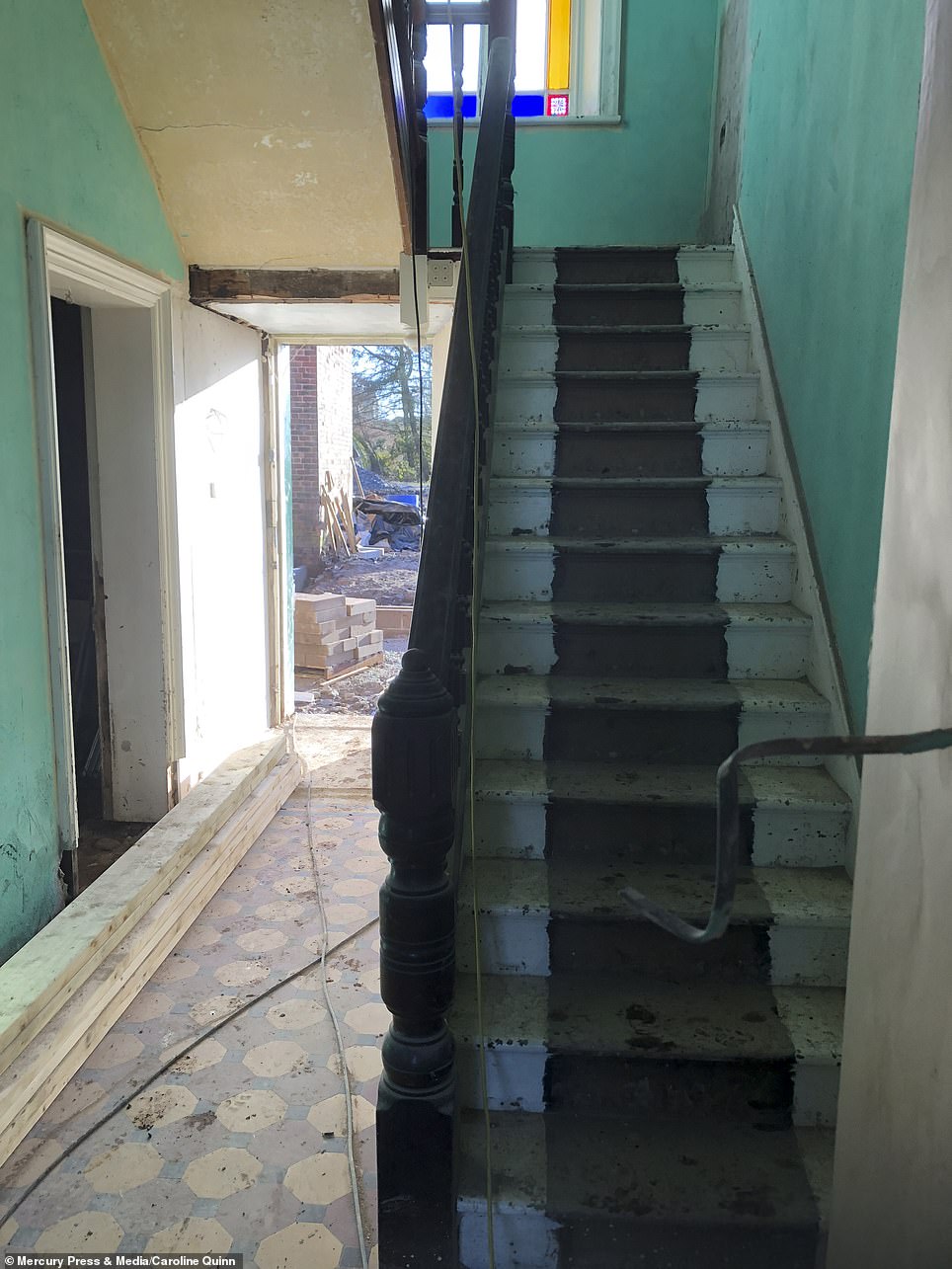 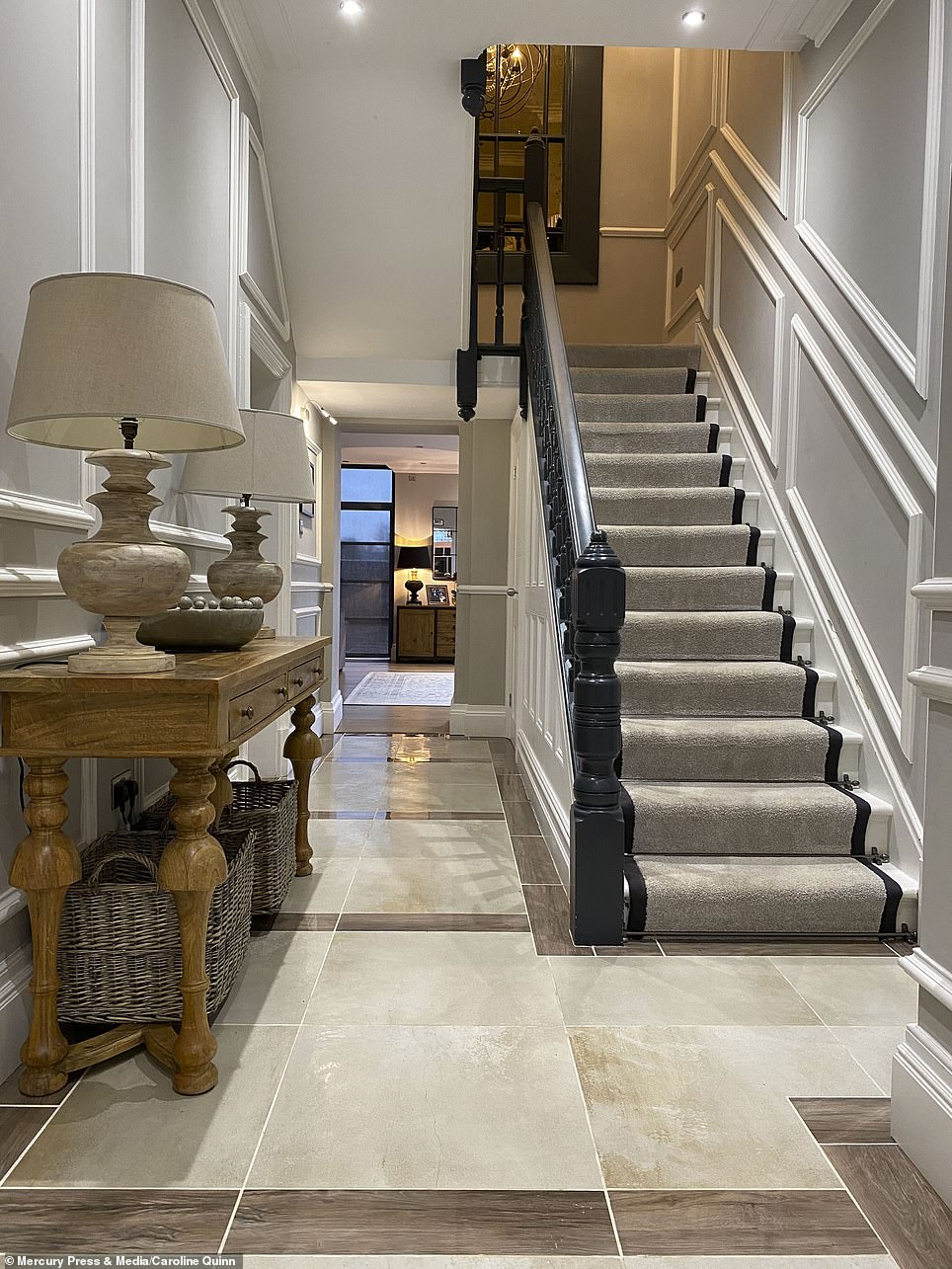 From shabby to chic! Caroline was able to transform the entrance of the property and the staircase from looking tired and worn to sleek and fresh 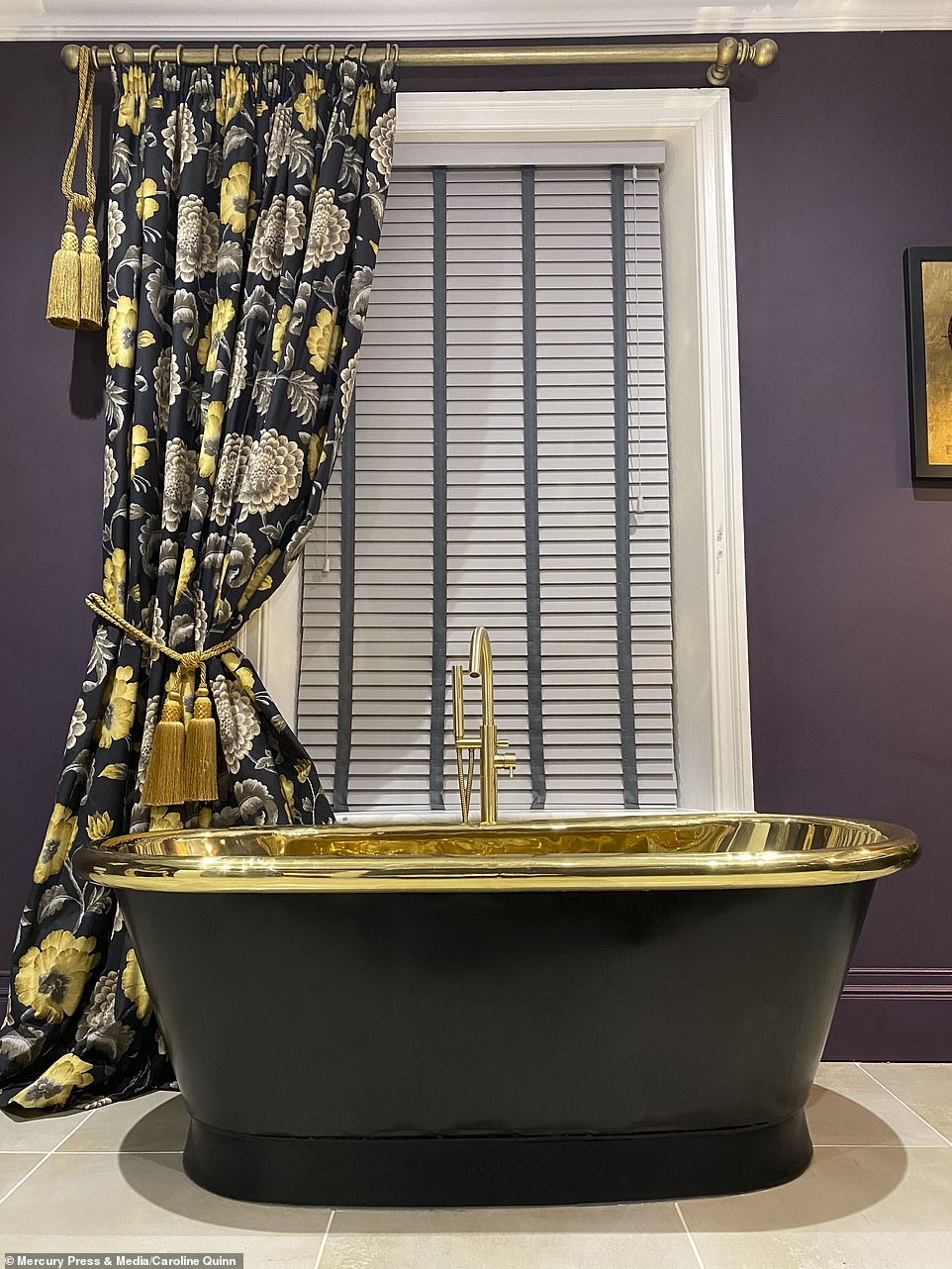 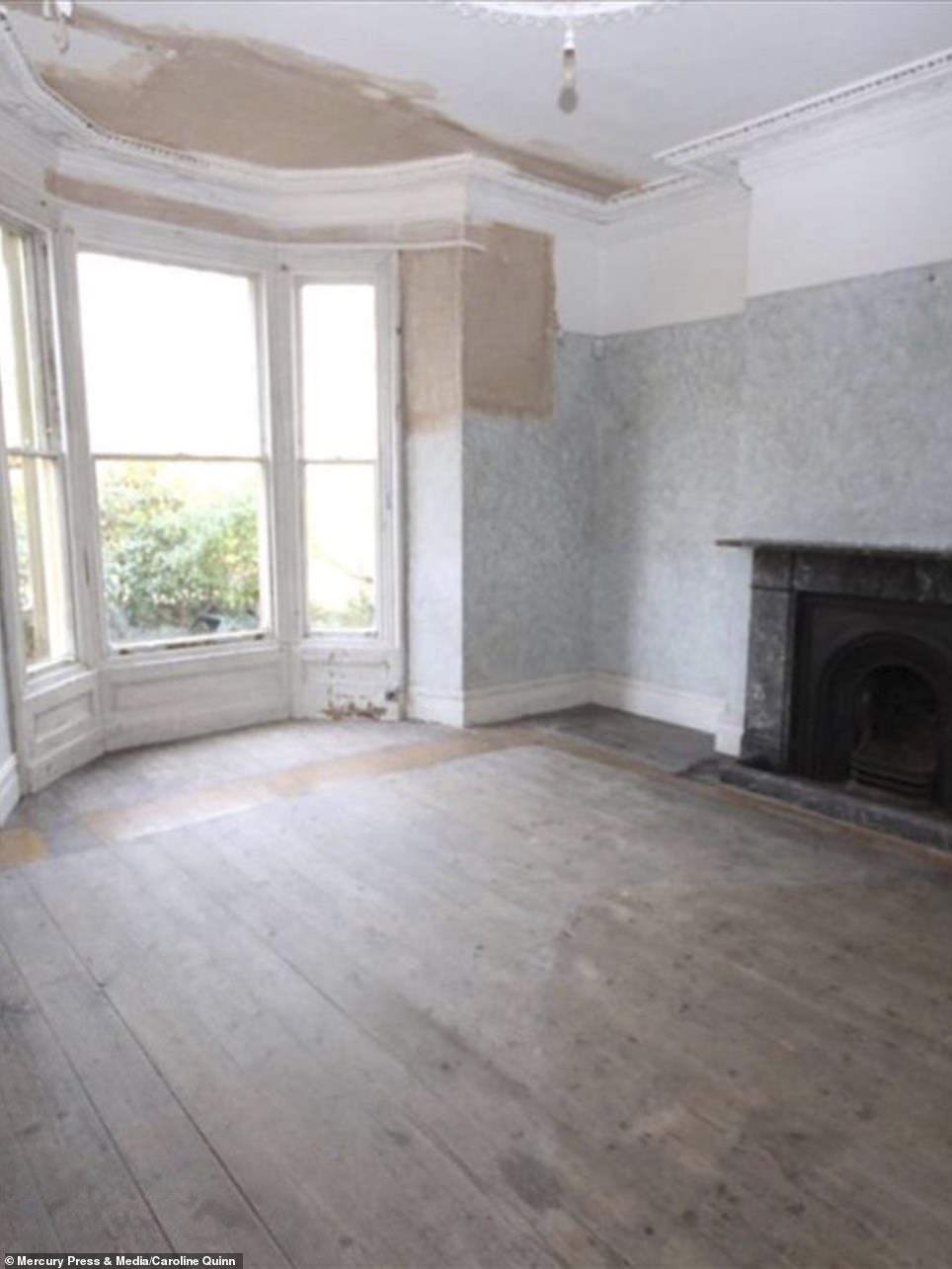 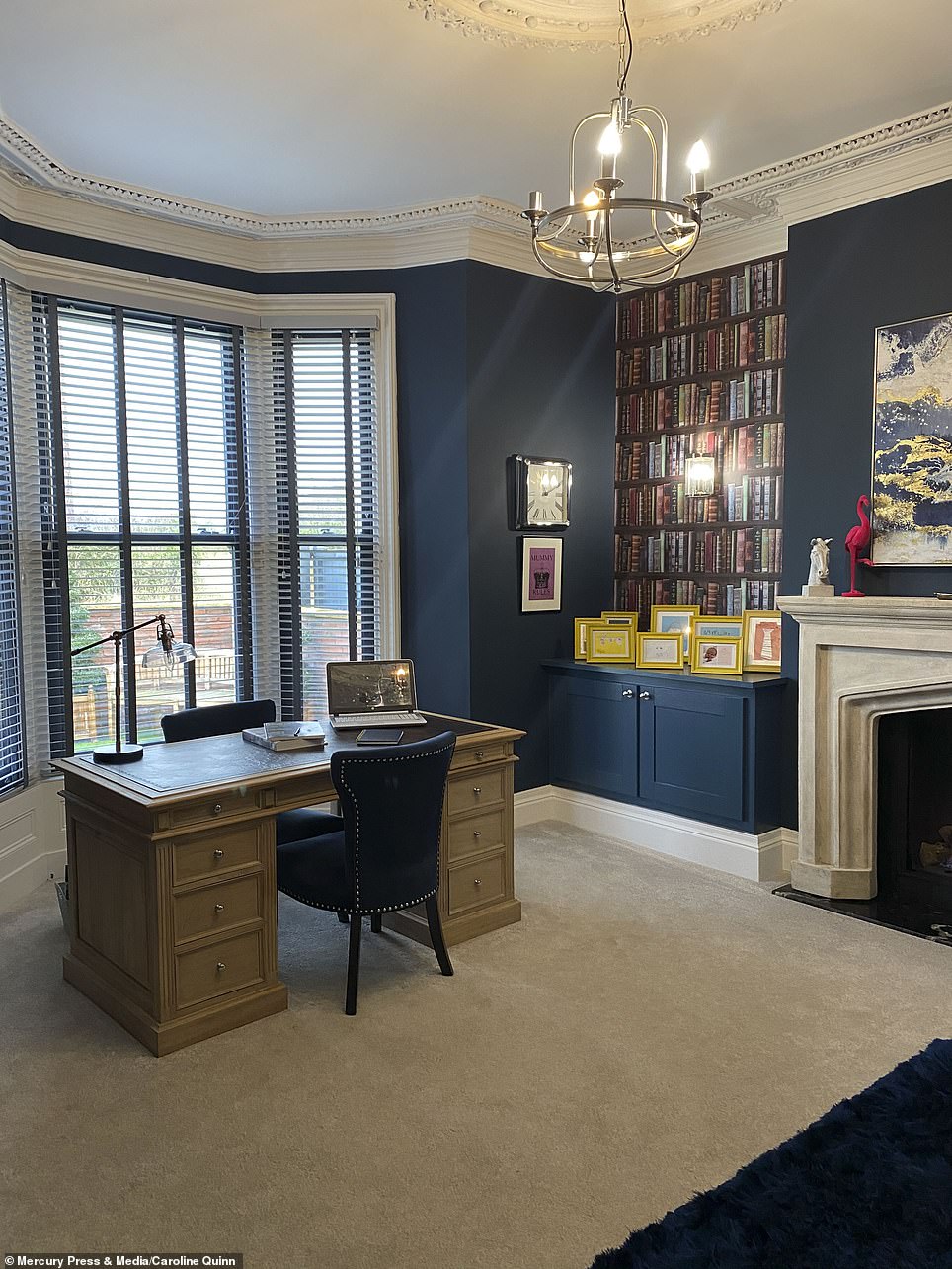 From dreary and drab to fab! The living room needed a lot of care and attention when the couple first moved in and now it looks nice and homely 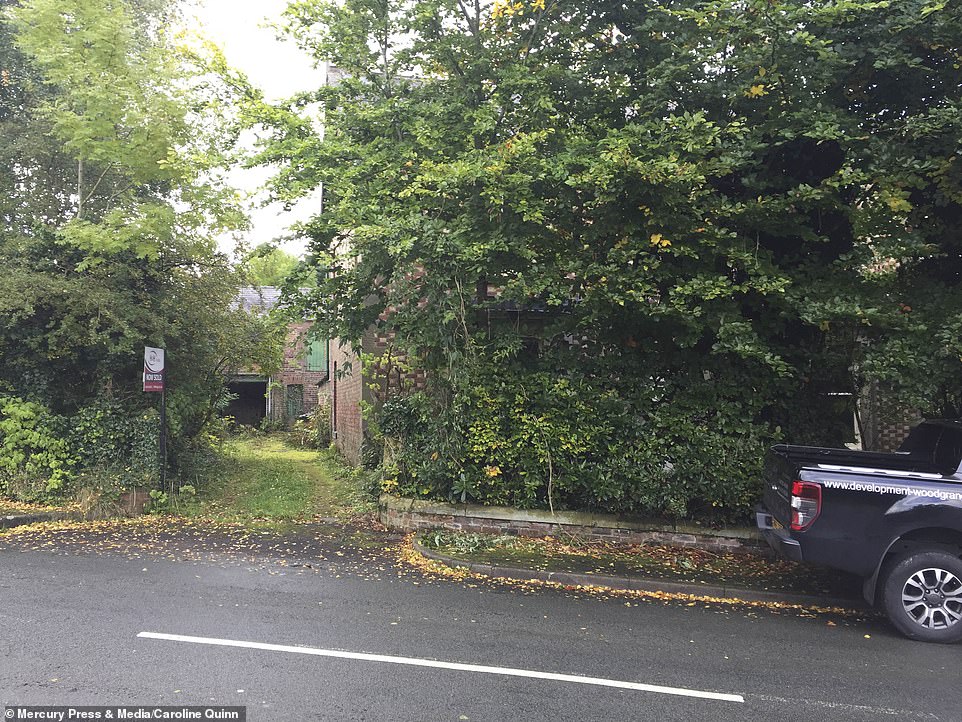 The full-time property developer said: ‘When we were shown around the property, the estate agent opened the door a bit wary, but as soon as I stepped in and saw the spacious hallway, I knew it was our next home.

‘It was derelict and had none of the mod-cons but had lots of original features and an old barn which was once used to keep horses.

‘When we bought the house, we couldn’t even see it from the roadside because all the trees around it were overgrown – we had to scramble to the front door just to get in.’

Many suggested that Caroline should just build a new house, but she said she wanted to keep the Victorian character of the property while adding her own personal touches.

‘The state of it didn’t put us off – it had no plumbing or central heating, so it was a blank canvas. 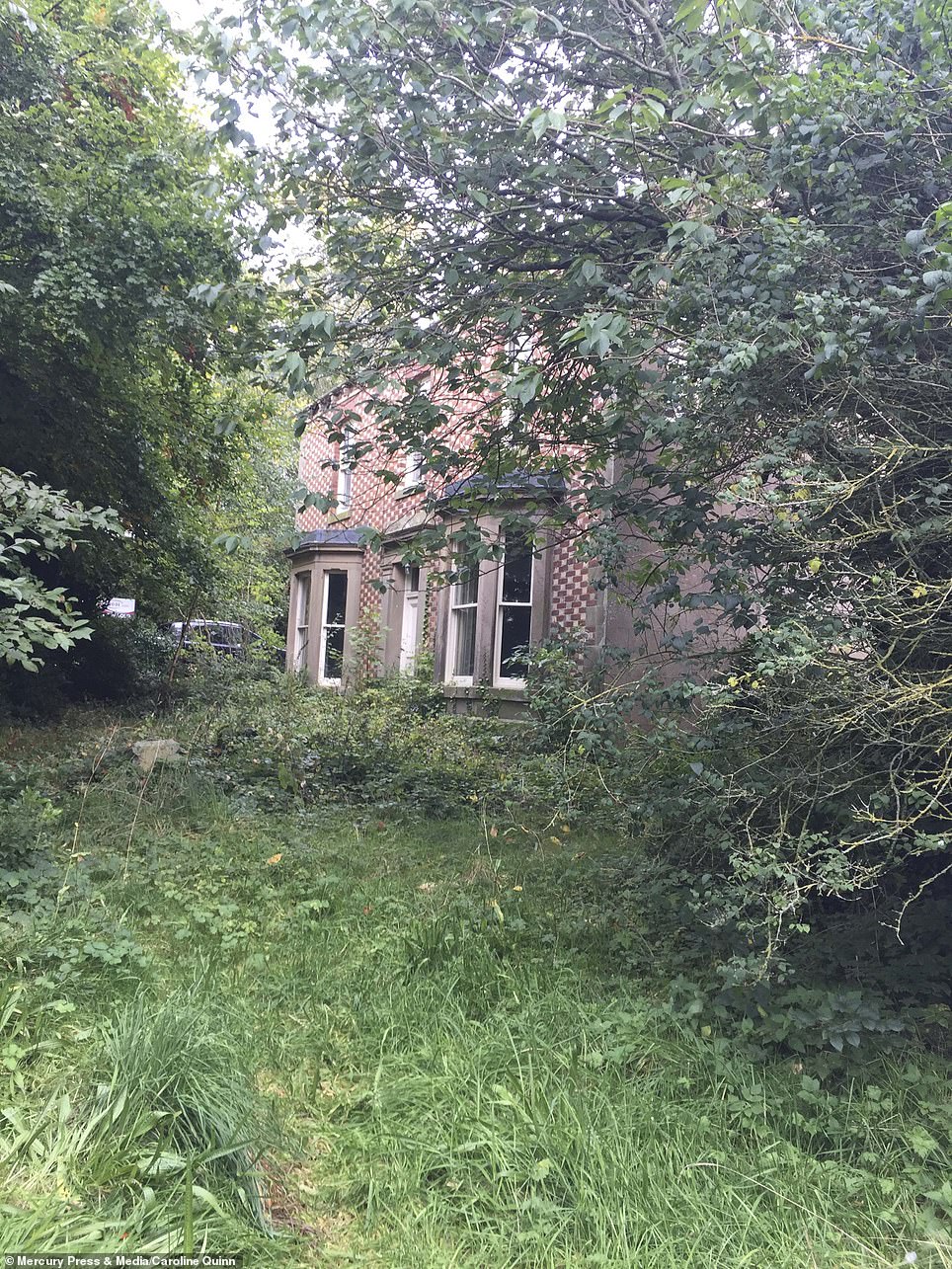 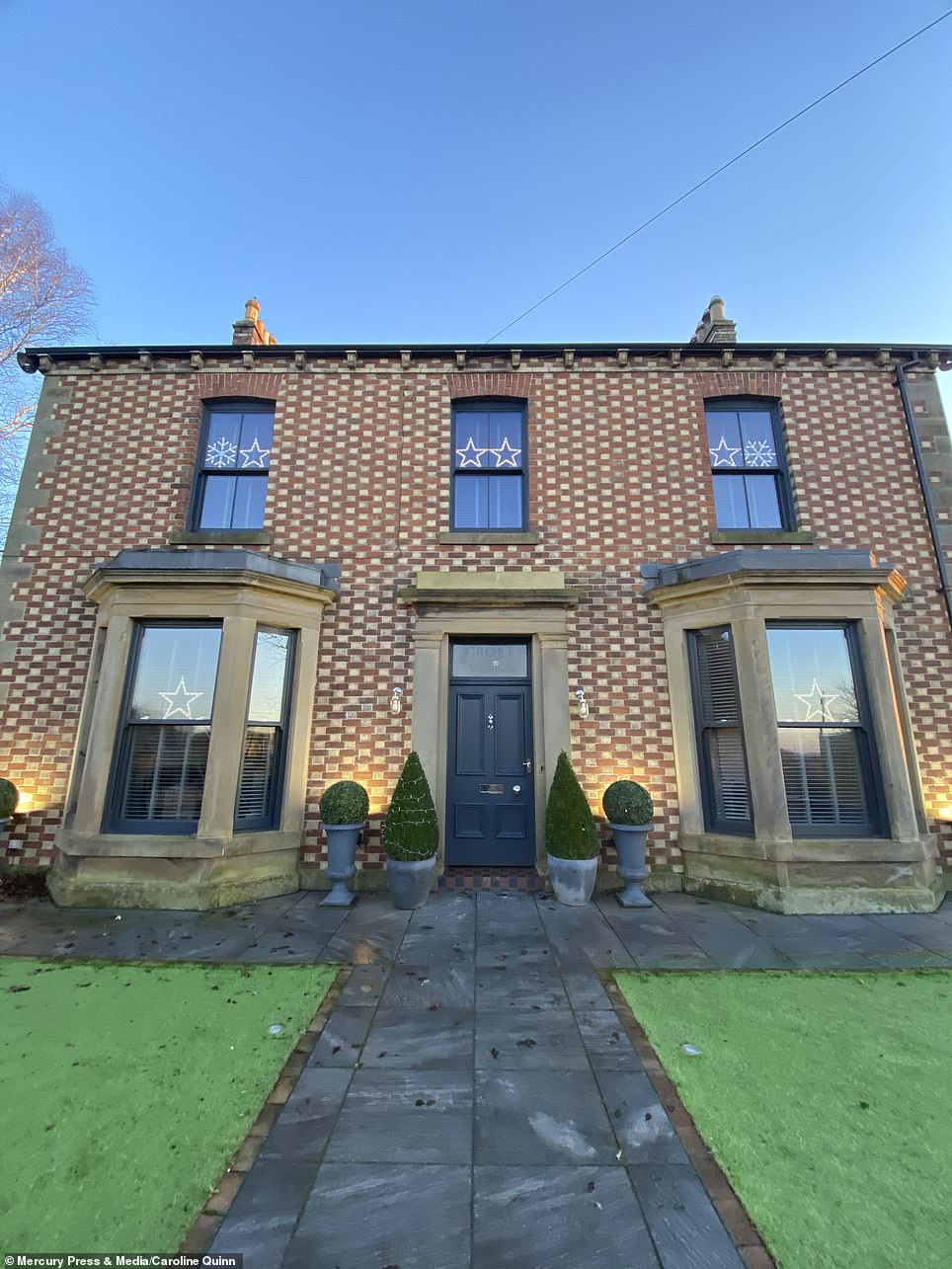 When they first visited the property the grass was overgrown and you struggled to see the front door. Now the property looks grand and well kept 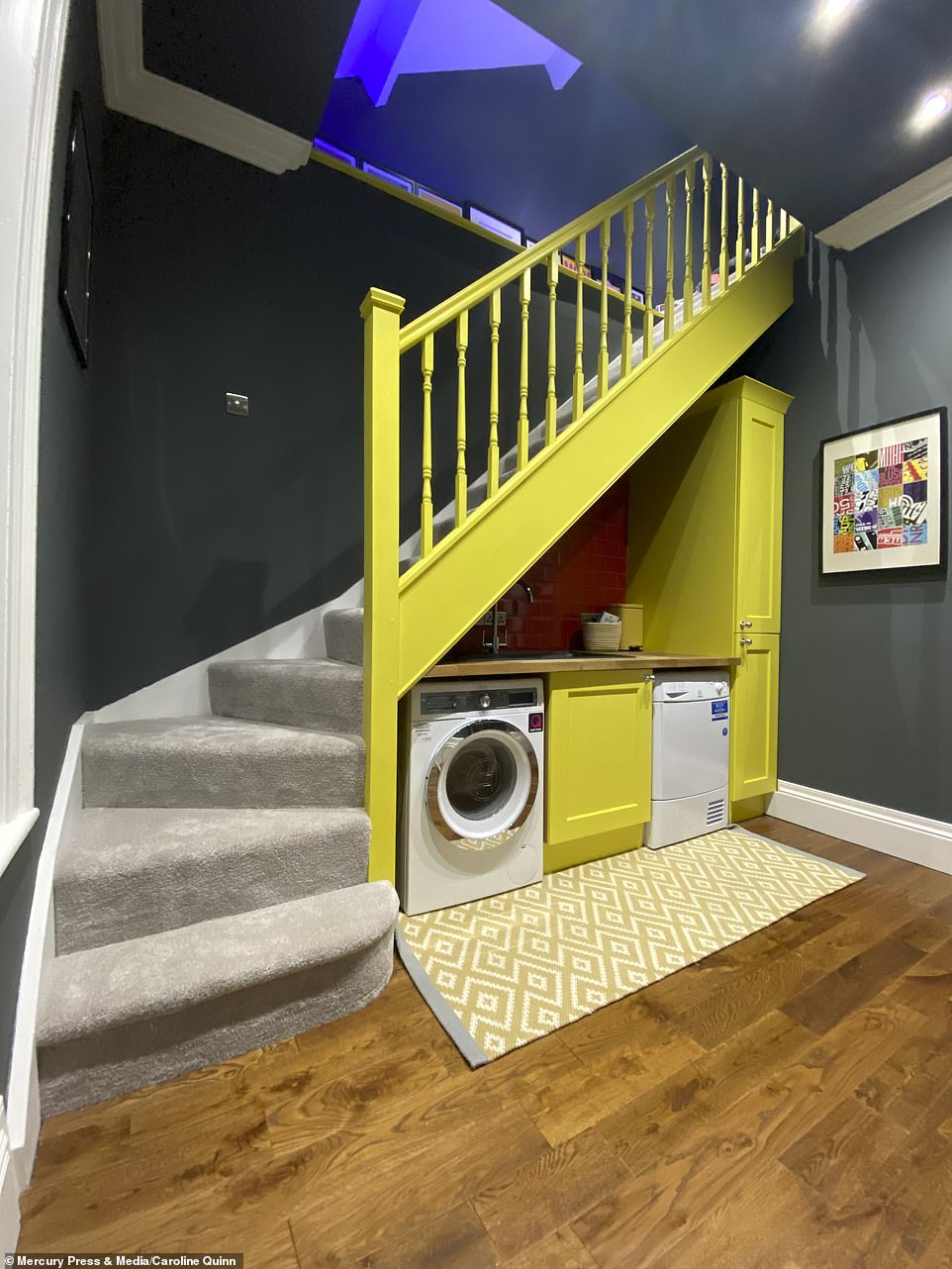 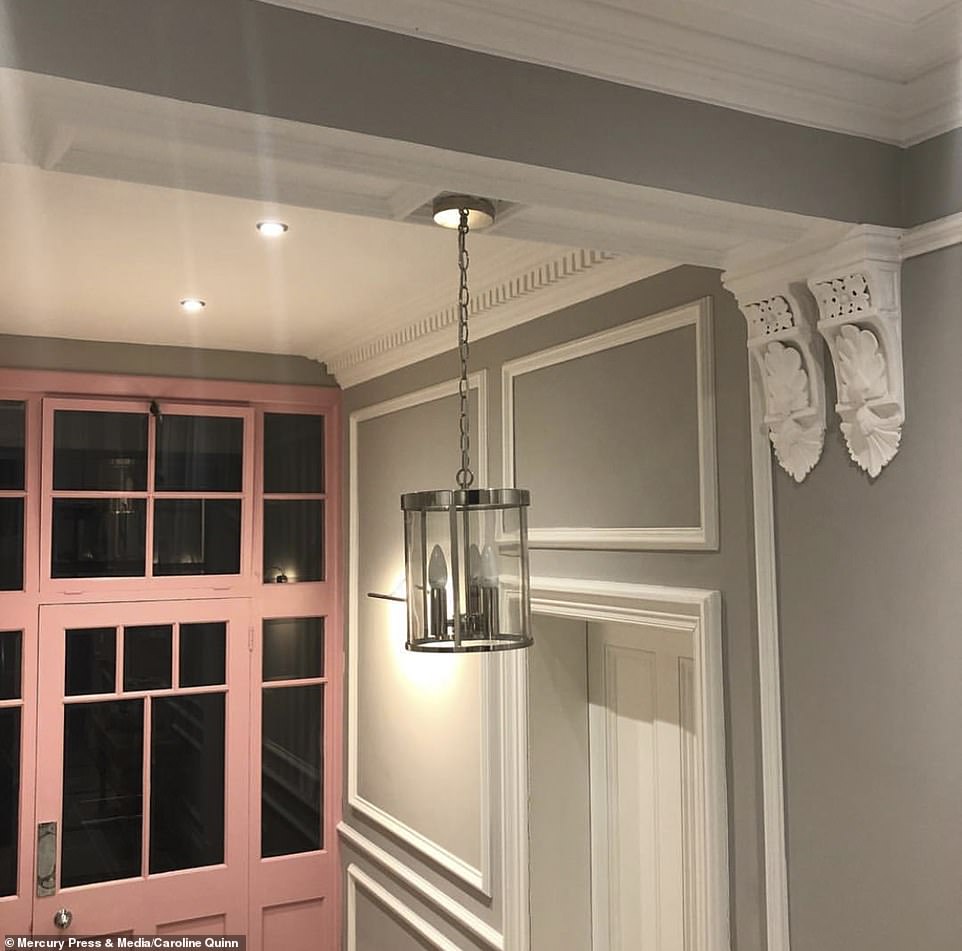 ‘Being a period property with all the original features left in a good condition it was so important for us to keep it that way, so we kept the front of the house more traditional.

‘We also had a tick list of what we wanted to put in the house, which included an open plan kitchen, a study on the ground floor, and a big family bathroom – it was really important for the rooms to be practical.’

With a huge passion for interior design, Caroline and Mark put their own colourful touch in many of the rooms, the standout features being a pink door in the hallway and their neon yellow laundry room.

The five-bedroomed home boasts its traditional Victorian features at the front, with the original door and brickwork, but now has a contemporary twist with a modern extension at the back and quirky cinema room and gym converted from the old barn.

The couple started to work on the house straight away and the first they did was clear the outside of the overgrown shrubbery and trees, which once hid the beautiful home out of sight. 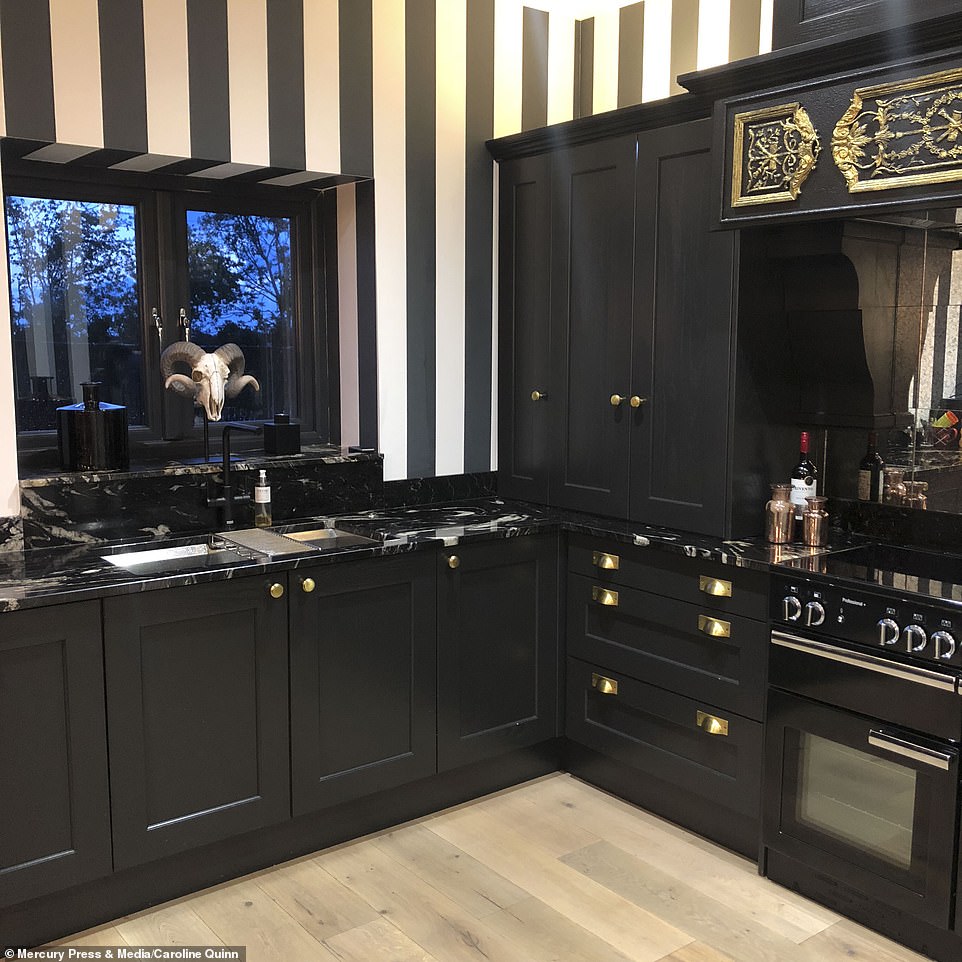 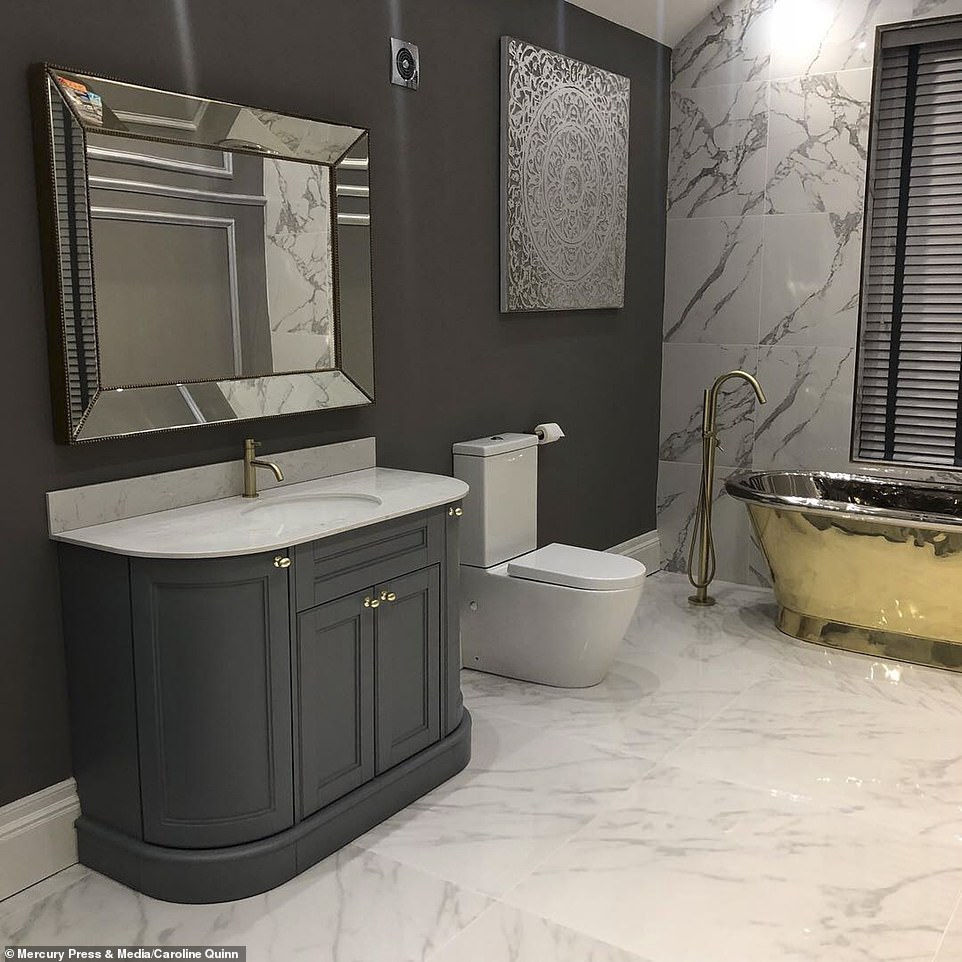 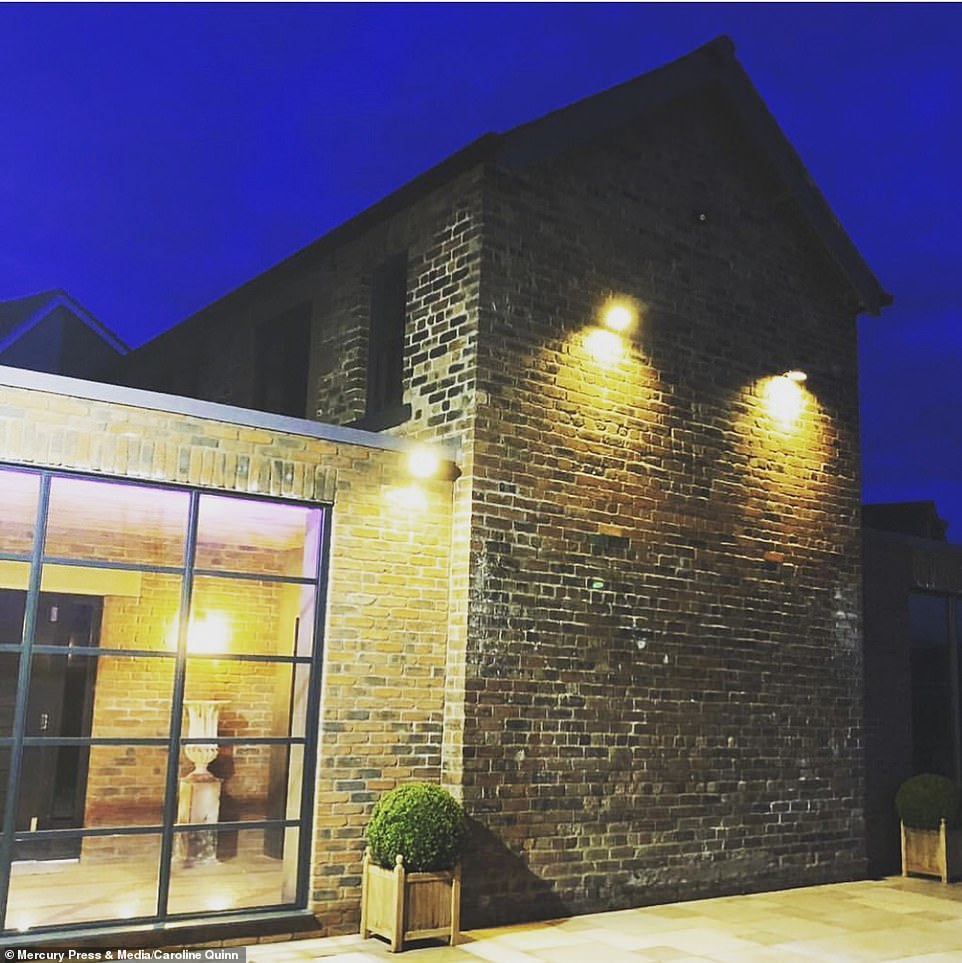 Bold and bright. The outside of the property looks stylish now after the couple chopped back the garden to complete the walkway 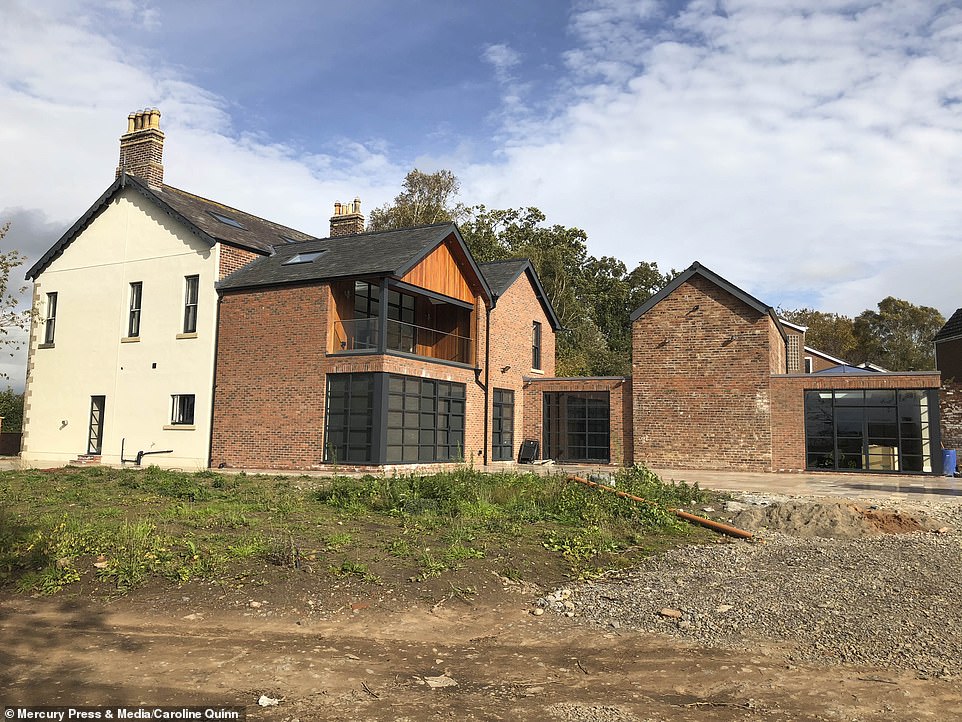 They decided to build the modern extension at the back of the original home, then connected it to the characterful old barn, now a luxury family cinema room, with a glazed walkway.

Caroline took to Pinterest and Instagram for decorating inspiration, but more often followed her own taste and added several bright pops of coloured paint to different rooms and statement furniture.

The savvy saver shopped around for designer furniture on eBay to bag the best deals – managing to pick up a brand new William Holland bathtub that retailed at £8,000 for less than £3,000.

She said: ‘Usually when we’re renovating houses, we have to do it quite neutral for customers, so in every room we’ve tried to put a bit of colour in.

‘I decided to paint part of the laundry room bright yellow – Mark said ‘what are you on about’ when I first suggested it but I think it’s just a bit of fun.

‘The vestibule door is painted pink and it is the original house door – I would have painted the front door pink if I could have!’

The pair also shopped around for furniture in order to try and find the best prices.

‘My favourite room in the house is the kitchen in the extension because we spend all of our time as a family in there.’

Caroline, Mark and children Louix, eight, Beau, five, and Ettienne, two, moved into their new home as a family of five in May 2018 and have since wowed the friends and family who visit.

Their next project is to build eight new build houses on the land behind their new home, which will be finished by this summer.

Caroline added: ‘It’s a bit bizarre – now that it’s all finished, I think of it as our home, but when it was derelict it still felt like home because I always knew how it was going to look when finished.

‘Looking at old photos on our Instagram page makes me laugh and I miss the renovation process – it was stressful but enjoyable and I wouldn’t have done anything differently if I was to go back and do it all again!’