The sizzling duo were among the hip hop stars to take the stage at the Xcel Energy Center, with the former showing off her figure in a racy bedazzled corset and the latter flaunting his abs in a crop top.

Other performers included the likes of Pitbull, Black Eyed Peas, Tate McRae, Bazzi, Dixie D’Amelio and Tai Verdes, all of whom put on equally sensational displays in front of vying admirers. 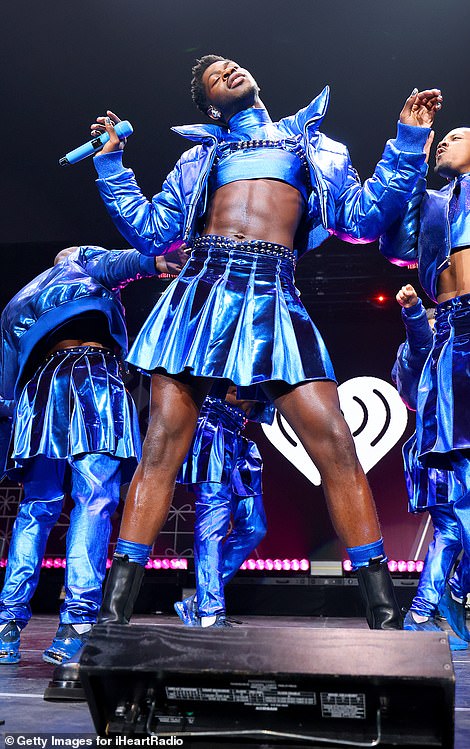 Holiday headliner: Saweetie used her star power as one of the headliners at the 101.3 KDWB’s Jingle Ball 2021 Presented by Capital One at Xcel Energy Center

Saweetie, born Diamonté Quiava Valentin Harper, 28, flaunted her curves in a black bustier with black sparkling stripes all along the front of the revealing piece.

She paired the look with laddered tights and made sure she was turning up the heat to the maximum with a series of racy dancy moves alongside a slew of equally scantily-clad dancers.

She wore her bold red locks in tumbling waves, which she rocked back and forth during the extremely energetic performance watched on by vying admirers. 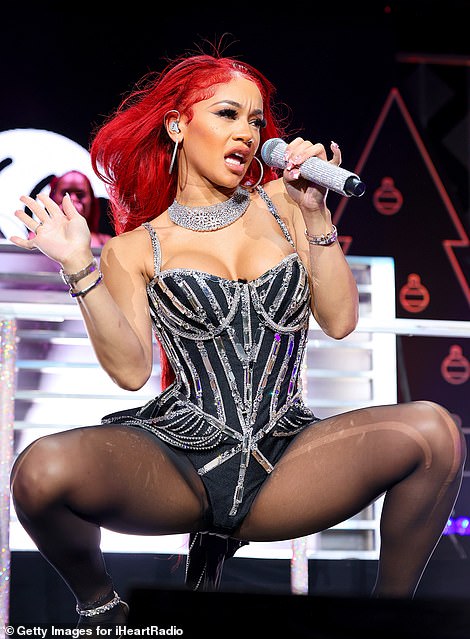 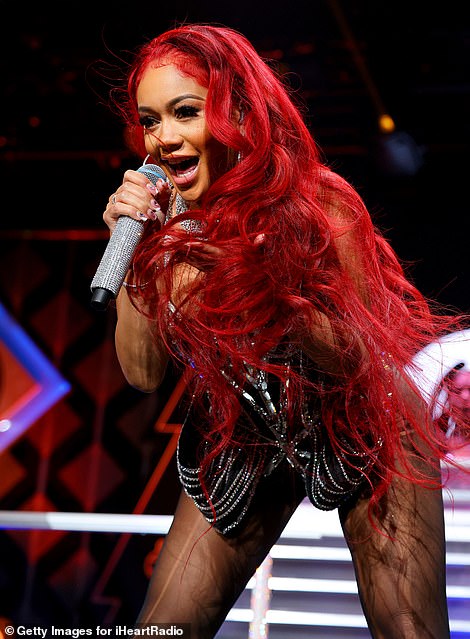 Revealing: Saweetie (Born Diamonté Quiava Valentin Harper), 28, flaunted her womanly curves in a black bustier with black sparkling stripes all along the front of the revealing ing piece 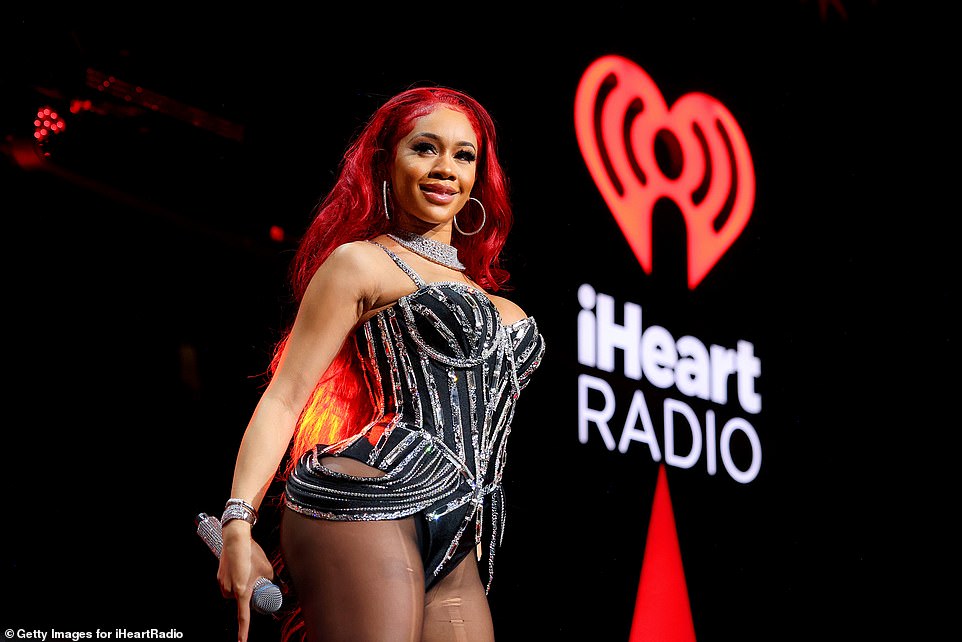 Christmas red: The rapper also stood out with her long tresses colored n a bod red 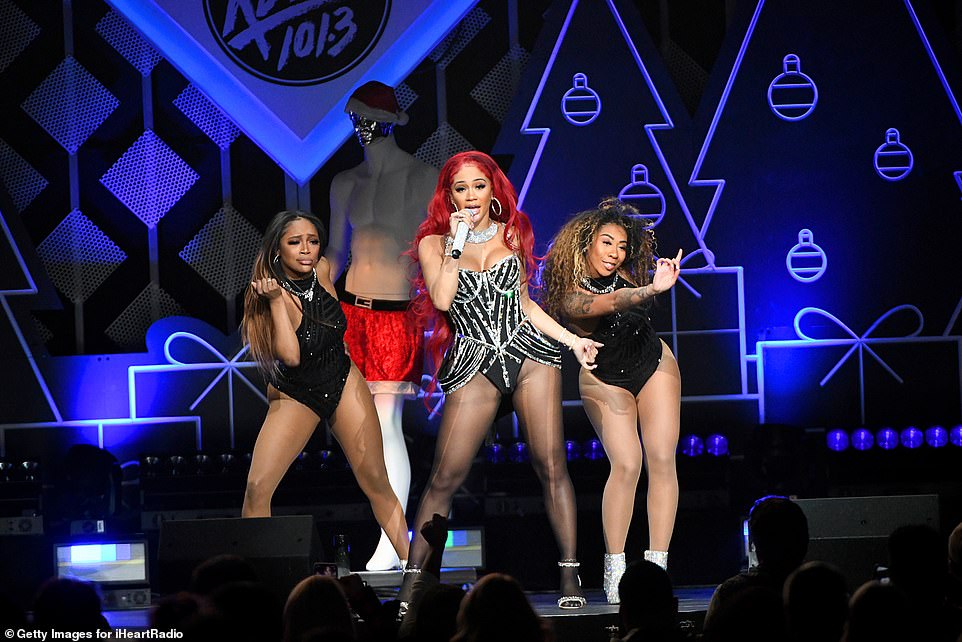 New but impactful: Saweetie only jumped into the music seen in 2018

She was accompanied by a duo of equally saucy backup dancers, who choreographer their moves as the crowd roared with approval and excitement.

Her debut studio album, Pretty B**ch Music, is scheduled to be released in 2021.

Never one to let anyone of her fellow artists take over as the top attraction when it comes to flare, fashion, and of course, the music, Lil Nas X showed off his toned abs in gender-bending all-blue ensemble. 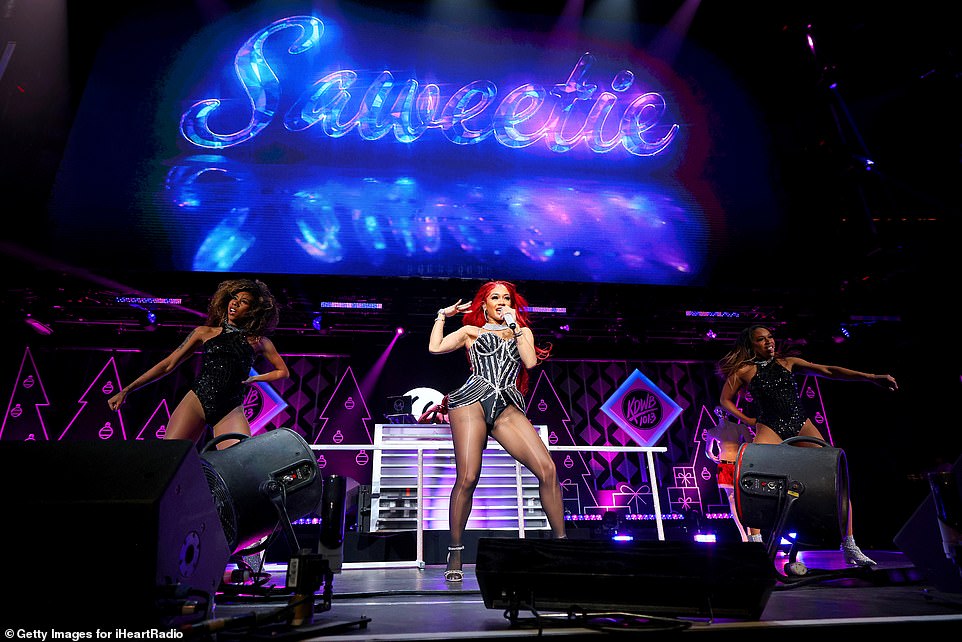 Breakthroughs: The rapper ripped through version of early hits Icy Grl and My Type 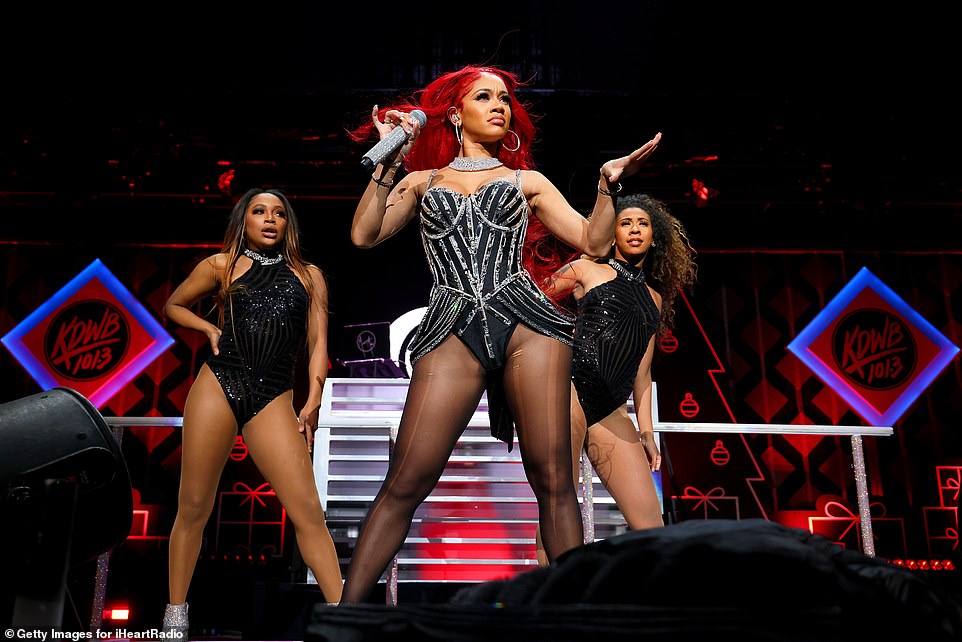 Commanding the stage: Saweetie made waves with her duet Best Friend, a duet with Doja Cat

The outfit, which was also worn by his backup dancers, consisted of a short kilt, cropped short jacket, and boots that came up to about mid-calf.

The Georgia native, 22, dropped his much-anticipated album, Monerto, in September 2020. The album was preceded by the chart-topping singles Montero (Call Me by Your Name), Industry baby, Sun Goes Down. 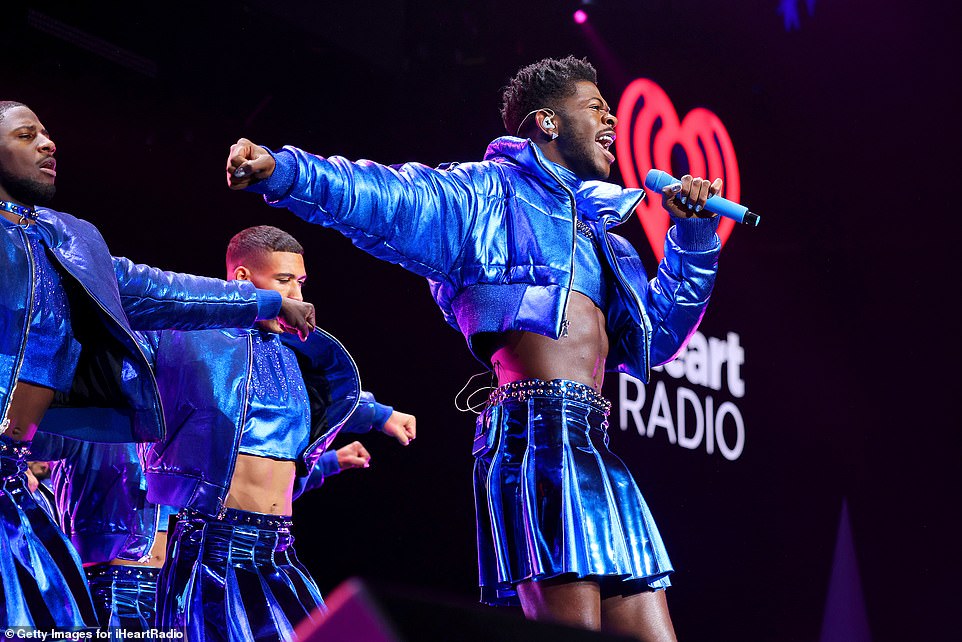 Feeling blue: Lil Nas X looked like the leader of a cheerleader squad in his glistening blue ensemble 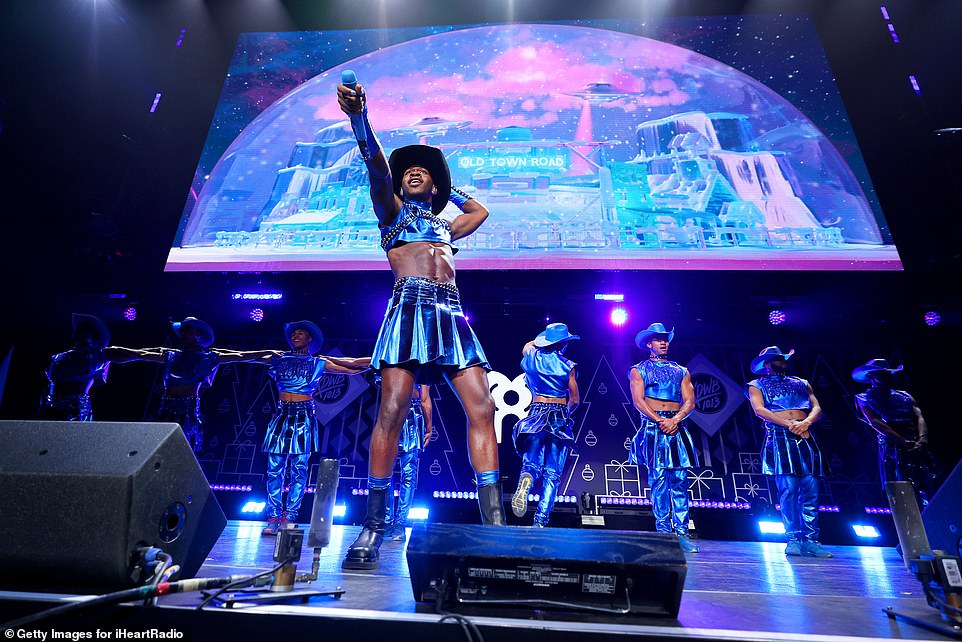 Revealing: The Old Town Road star showed off some skin in the skirt and crop top combo 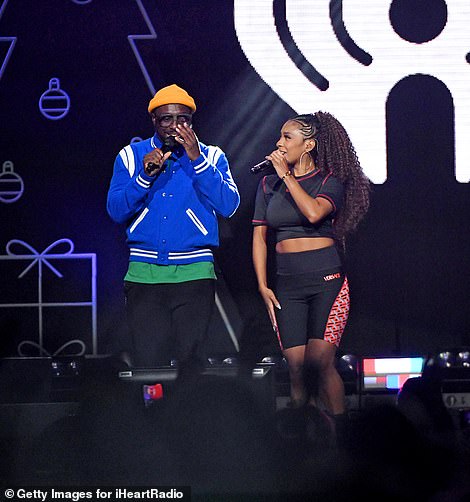 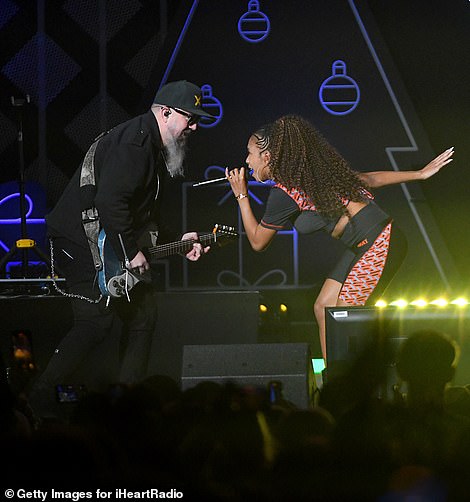 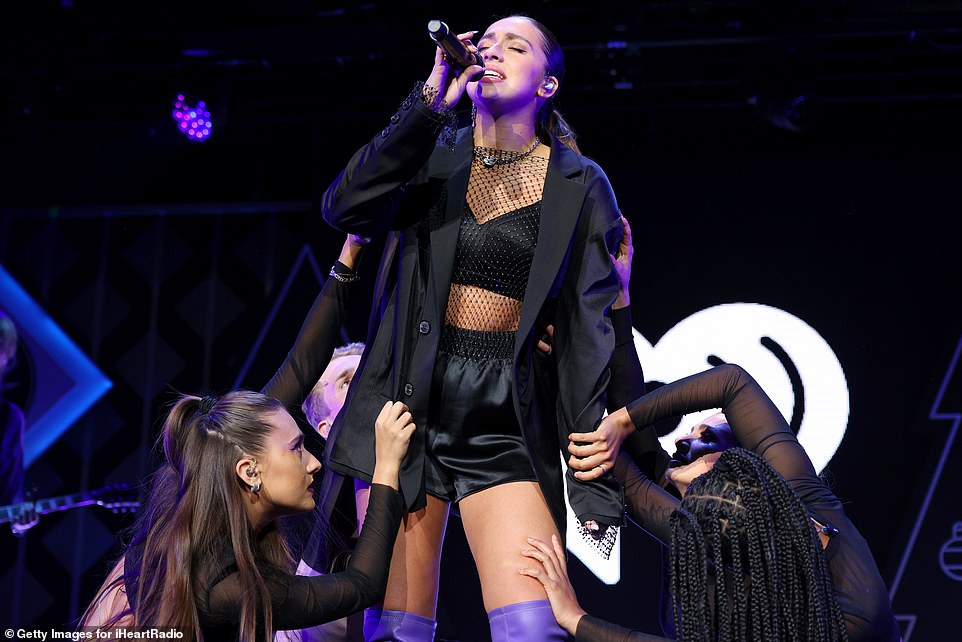 Belting it out; Tate McRae, 18, also performed on the jIngle Ball in a revealing outfit

Pitbull, 40, brought his brand of hip hop to the stage decked out in black slacks, leather jacket and brown leather shoes.

Like her other colleagues, the rapper and singer also made a point of entertaining the fans with choreographed dancers Having started off in the reggaeton genre, he has since branched out to various forms of hip hip.

Bazzie (born Andrew Bazzi), 24, and Canadian singer Tate McRae, 18, were also on hand to witness all the free flowing music and deliver their own sets. 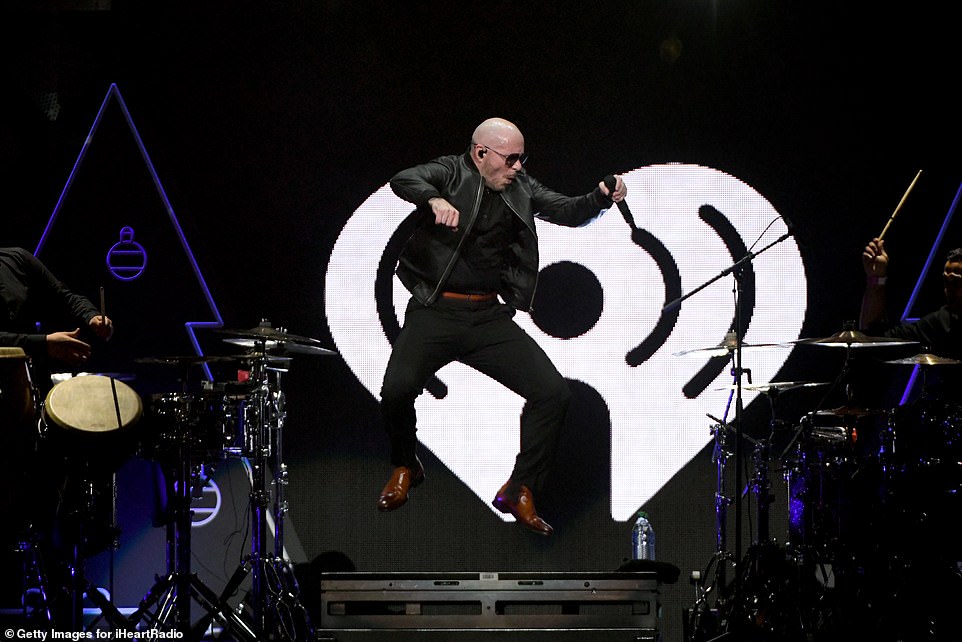 Pitbull, 40, brought his brand of hip hop to the stage decked out in black slacks, leather jacket and brown leather shoes 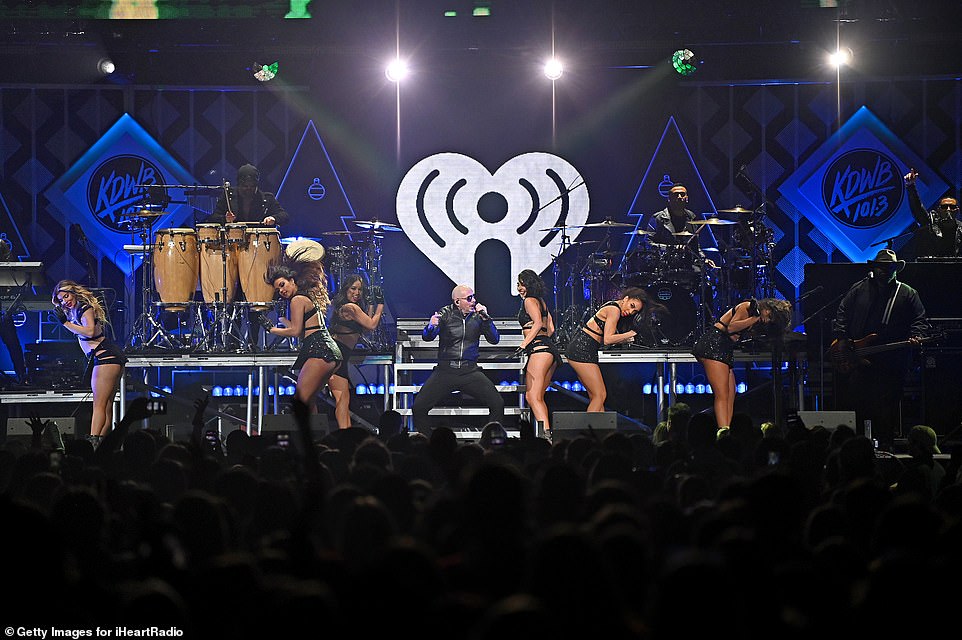 The Miami, Florida rapper took center stage as his lady dancers struck plenty of moves behind 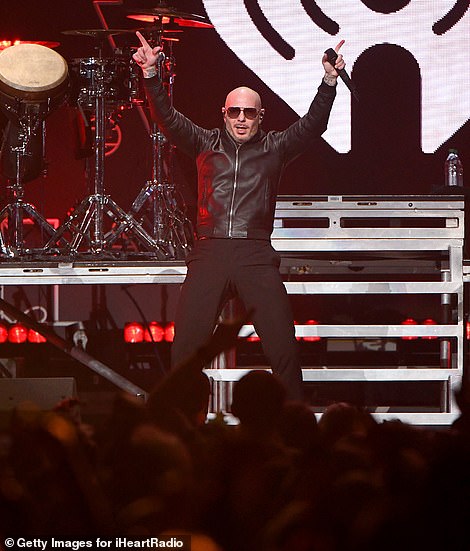 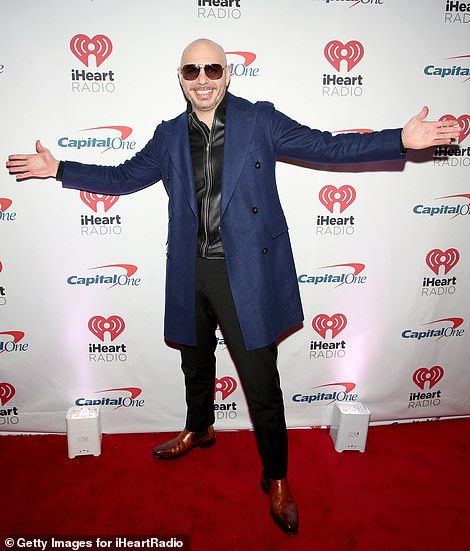 Handsome: The Miami, Florda native showed off his fashion sense in a dark blue suit 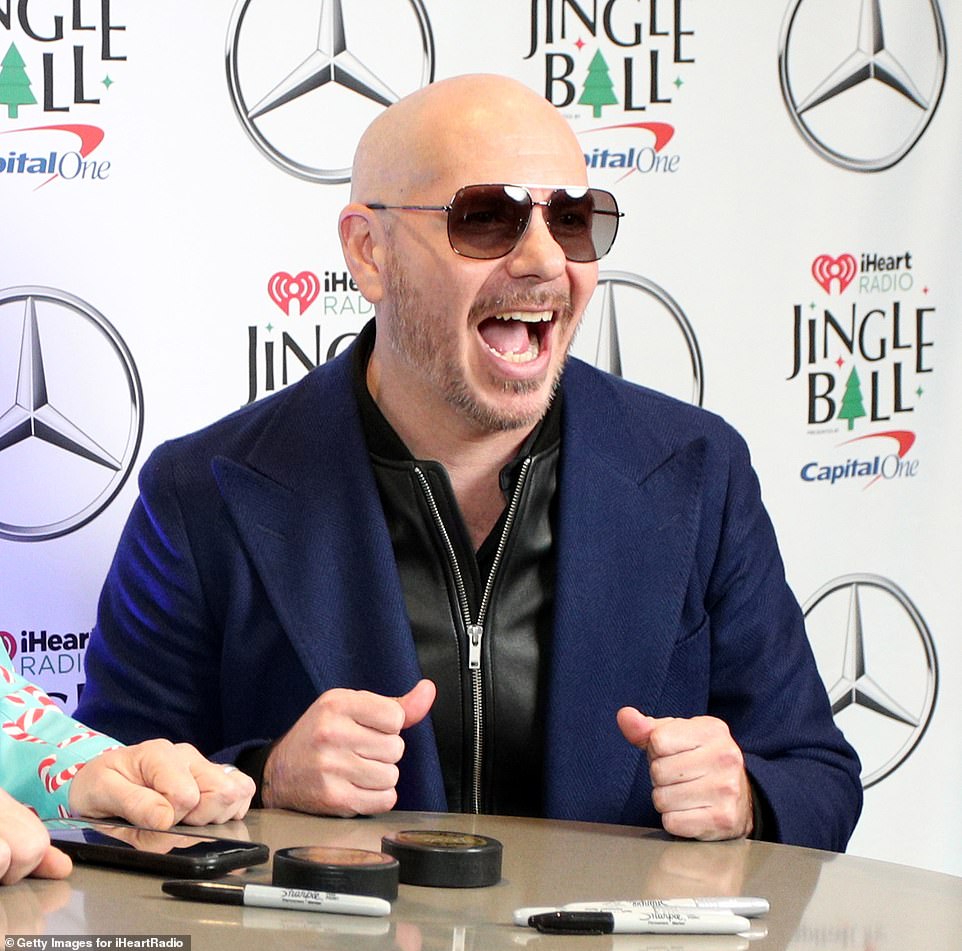 Ready: Pitbull (Armando Christian Pérez) was all smiles during the panel session 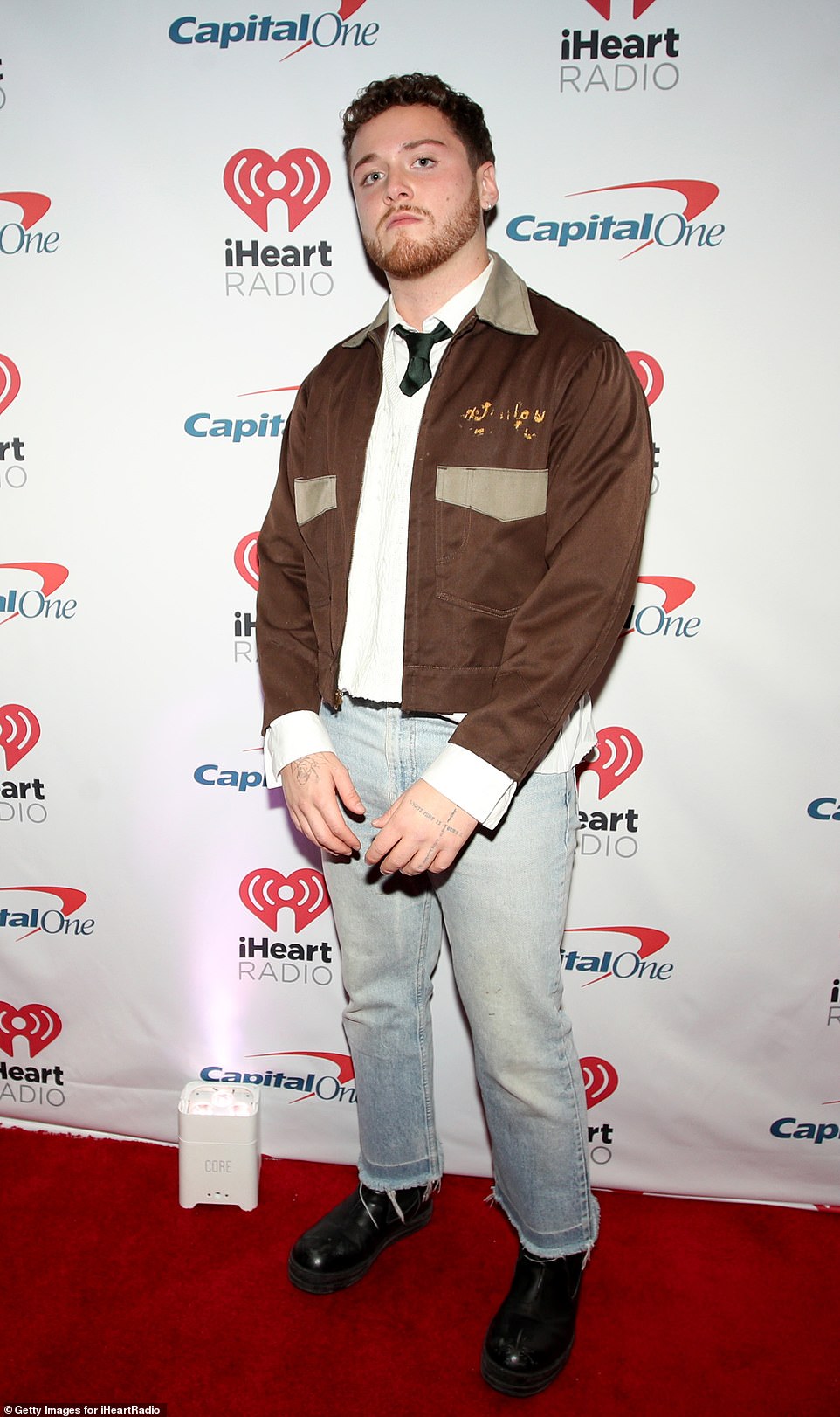 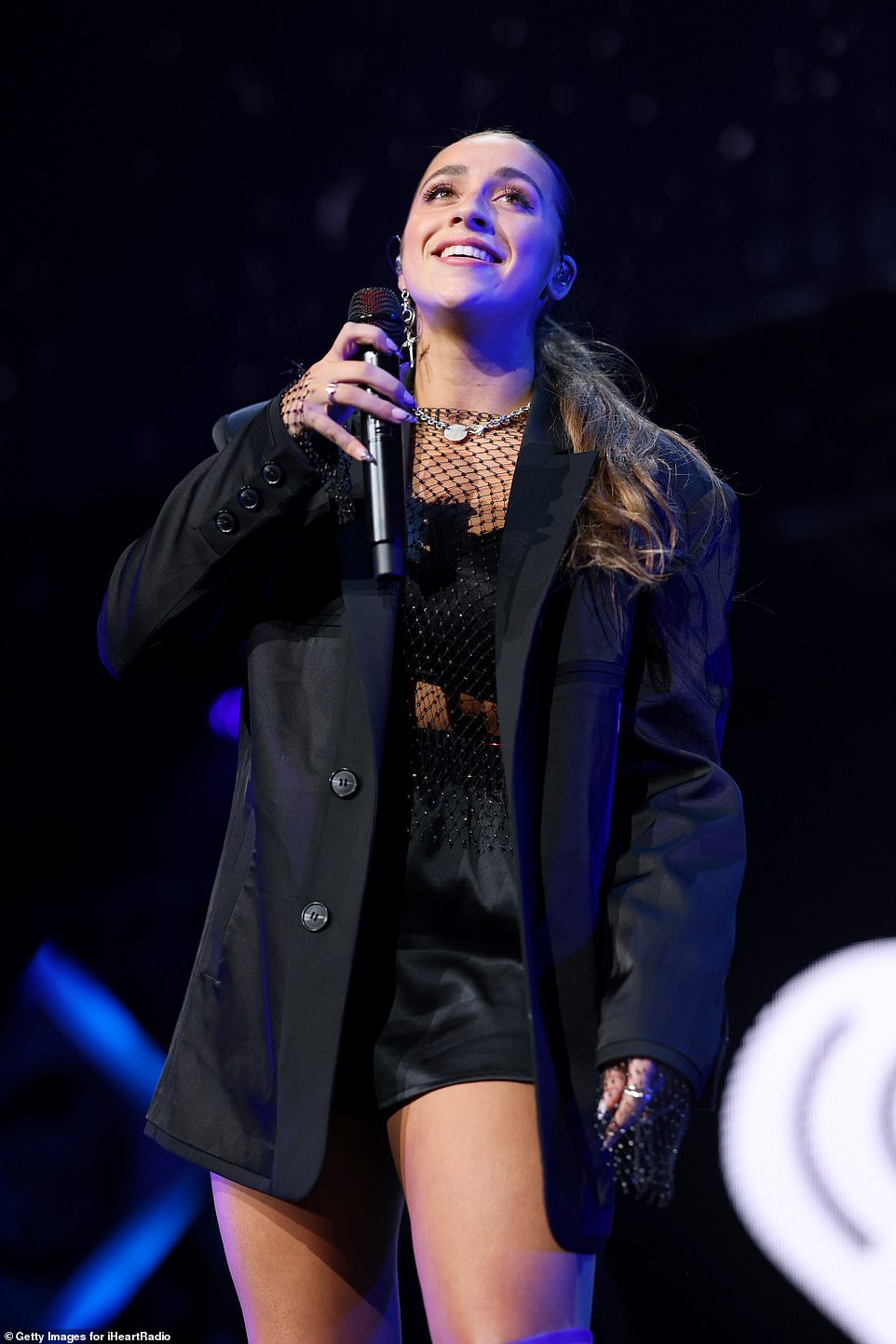