A skateboarder was inches away from death when he fell off his board riding down the roof of a brand new swimming pool.

The prank goes horribly wrong as he is flipped into the air and bounces off the side of the pool and into the water in Perth.

His head lands inches away from the ground at the $26 million beachfront facility – which opened just weeks ago – and was lucky to escape serious injury. 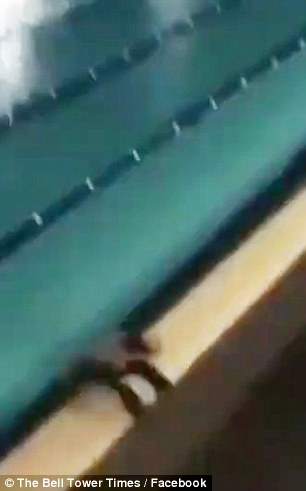 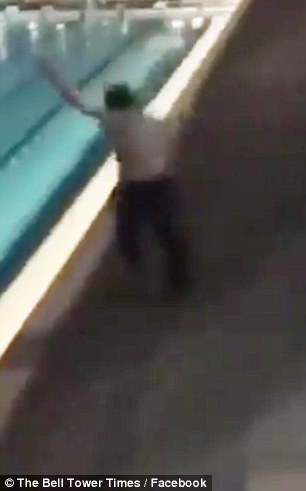 Inches away from death: The moment the skater hits the ground as his head misses the hard ground by inches

Vision is now being shared on social media of the shocking moment which happened in the coastal suburb of Scarborough in Perth.

As the skater, wearing jeans and a T-shirt, falls from the board and pounds into the ground a chorus of horrified witnesses call out to see if the man is fine.

For a second he appears to be unconscious and fails to come back to the surface of the water.

The skater starts balancing precariously at the edge of the curved roof which runs alongside the car park behind.

He is holding on to a mate at the top of the covered seating area but the stunt soon goes from bad to worse.

As he slides down the sloping roof the lip at the end sends him off balance and launching off his board. 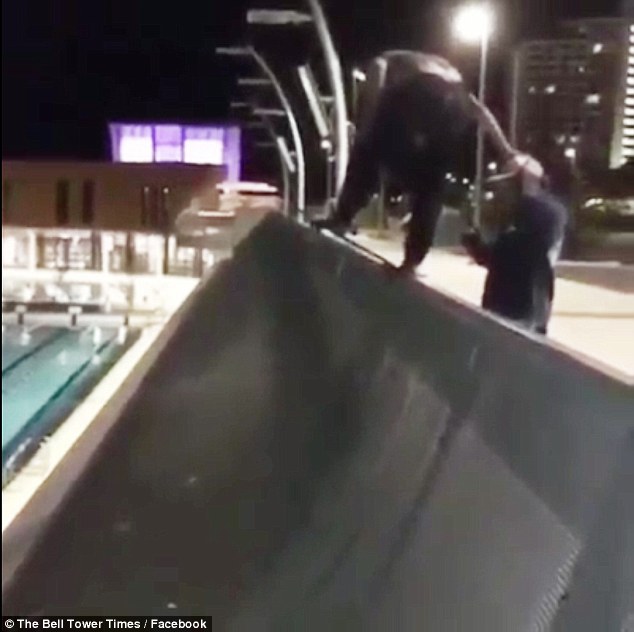 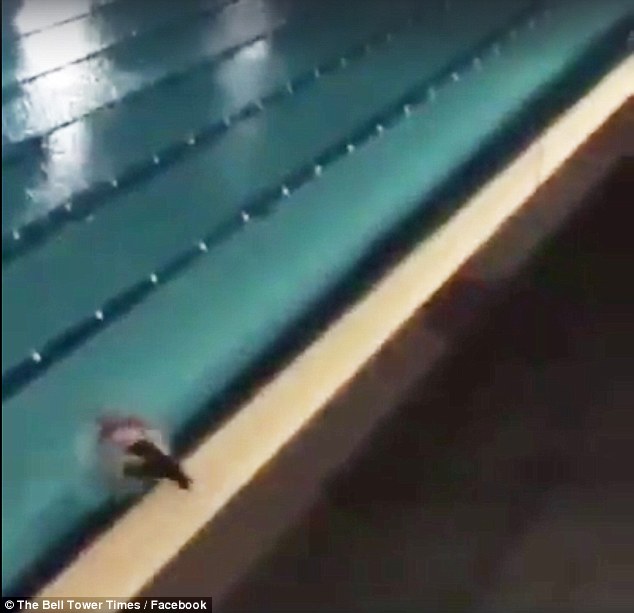 Splash: The moment the skater hits the water after bouncing off the ground missing death by inches 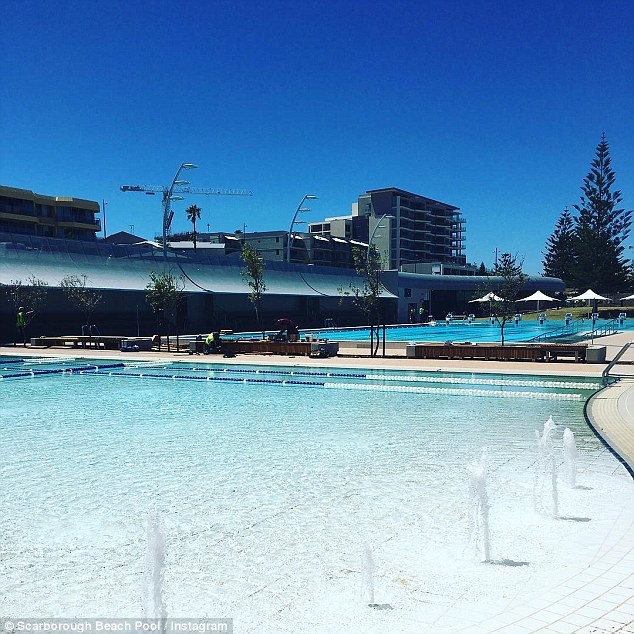 Pals in the background can be heard saying the trick ‘feels gnarly’.

One calls out: ‘Have you put your shoulder out?’

The skater swims to the surface and groans before calling back: ‘Ah, my leg.’

The pool only opened on January 22 and is part of a major regeneration project by the City of Stirling Council.

It features an eight-lane 50-metre heated swimming pool, learner pool and office space as well as a covered seating area – from where the prank took place. 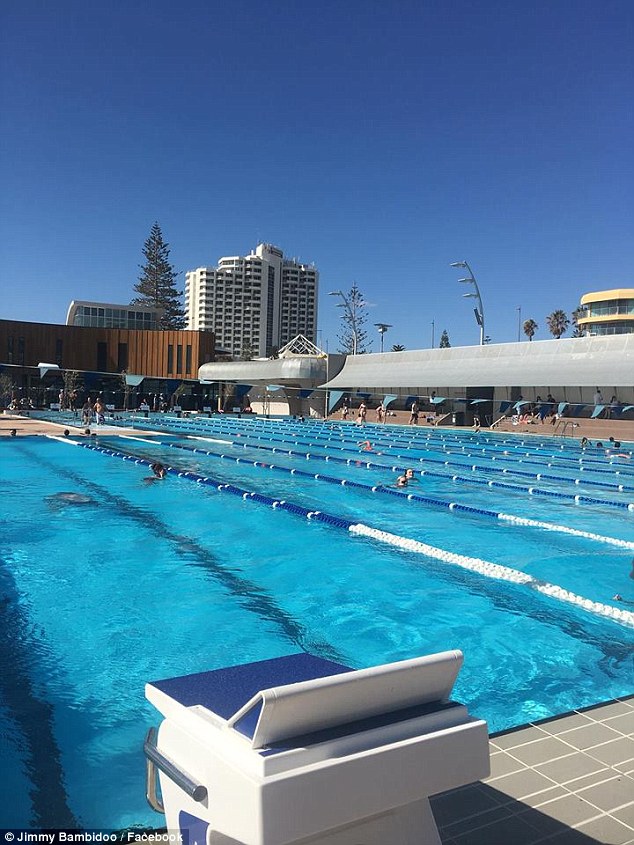 The council is currently building a new skatepark close by on the beach but recently warned it will not be ready for another four weeks.

The authority said the skatebowl and park may appear to be finished but skaters using it are risking injury and could damage the new facility.

‘We understand the local skating community is excited to try the bowl out, but work will be continuing at the new skatepark until March 2018,’ the council said in a statement.

Daily Mail Australia has contacted the pool for comment.