Scariest Jack-o-Lantern ever has just 2% battery

It’s a dark, eerie night. You’re lost, the wind is howling through the trees, and spooky shadows catch your eye nearby. You look down at your phone to text your friend for the address of the restaurant and… your battery is out of juice. Boo!

Cell phone batteries blinking with single-digit percentages are just about the most terrifying thing in this day and age, even more bone-chilling than running out of photo storage, and definitely scarier than some ghost or witch.

In an attempt to capture that chills-up-your-spine feeling, one Twitter put a twist on the traditional Jack-o-Lantern this Halloween, carving the image of a low cell phone battery into a pumpkin.

Oh dear gourd! A Twitter user has spooked thousands with his pumpkin carving, which features a 2% cell phone battery

Cause to hide: The man, who goes by the username Mr. Drinks On Me, said it was the scariest pumpkin he could imagine 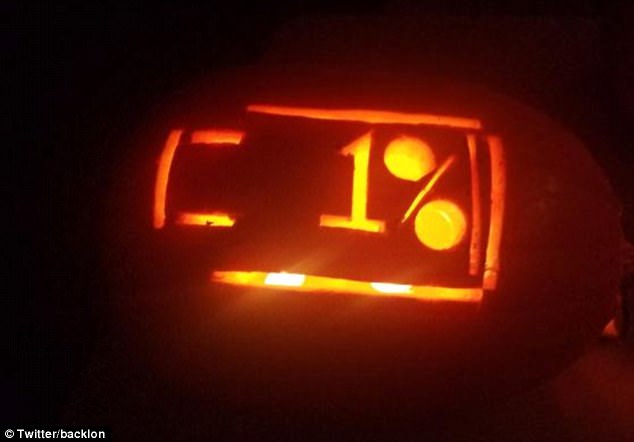 Run! The low battery is behind you! Other social media users have shared similar pumpkins with low battery life 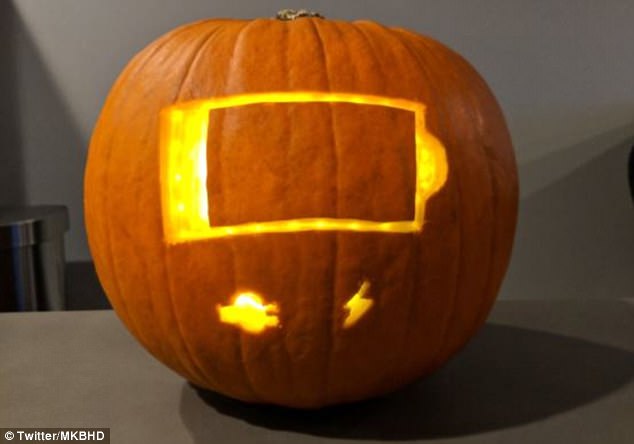 Get ready to die… phone! The photos are sure to inspire anxiety in people of all ages 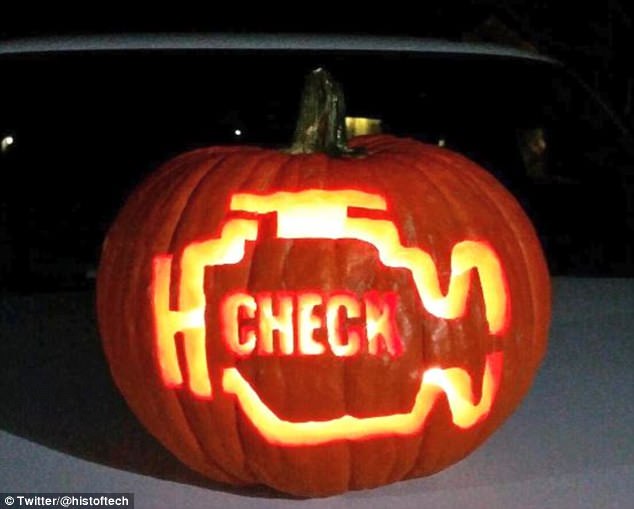 Straight out of a horror movie: Others have carved pumpkins with a ‘check engine’ light on 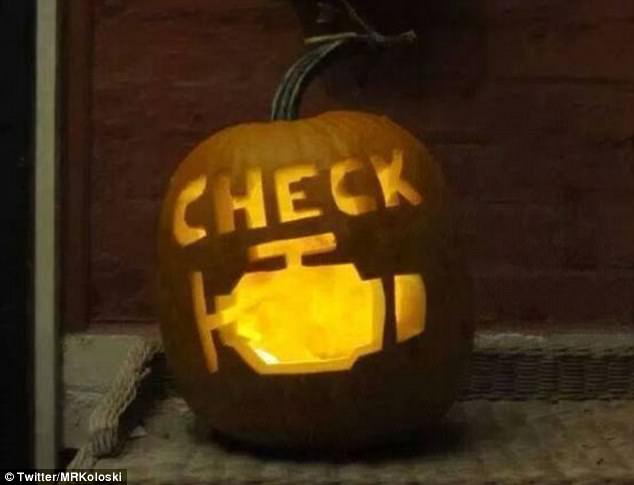 Yikes: This pumpkin is rated R, for ‘really hope I just need an oil change’

Twitter user Mr. Drinks on Me had the witty idea, choosing a a more elongated gourd for his creation and laying it down horizontally.

He then carved a 2% battery into the side before taking a picture of the very frightening pumpkin for social media, where it’s earned thousands of likes.

‘I screamed seeing the pumpkin… It was very scary,’ one person commented. ‘Is it bad that that actually gave me anxiety for a second?’ asked another.

His witty post inspired other people to post their own funny Jack-o-Lanterns, all featuring more tongue-in-cheek interpretations of things that are scary. 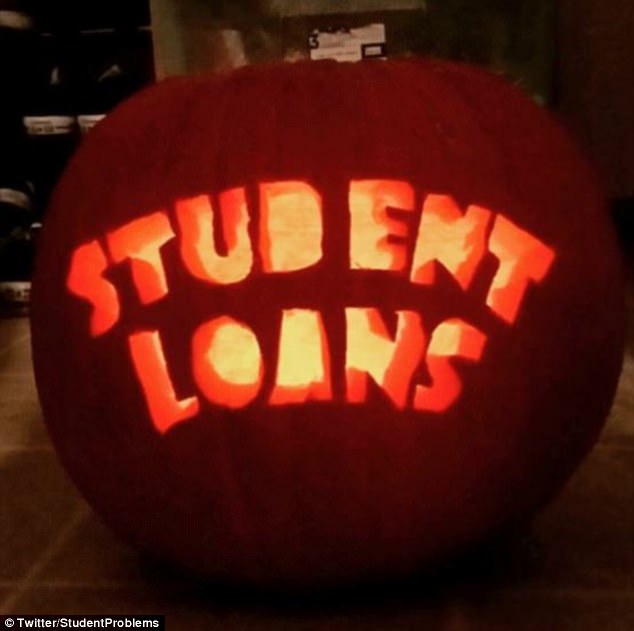 Sold your soul to a devil named Sallie Mae? Quite a few people have gotten a kick out of this scary ‘student loans’ pumpkin 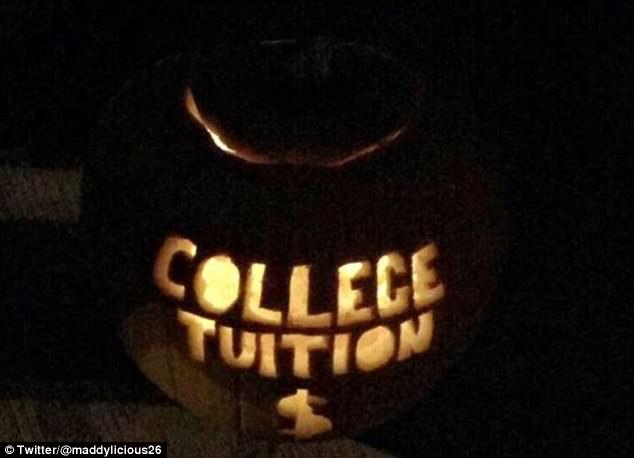 Nightmare: This pumpkin tells the scary tale of being controlled by a demon for up to 15 years after graduation 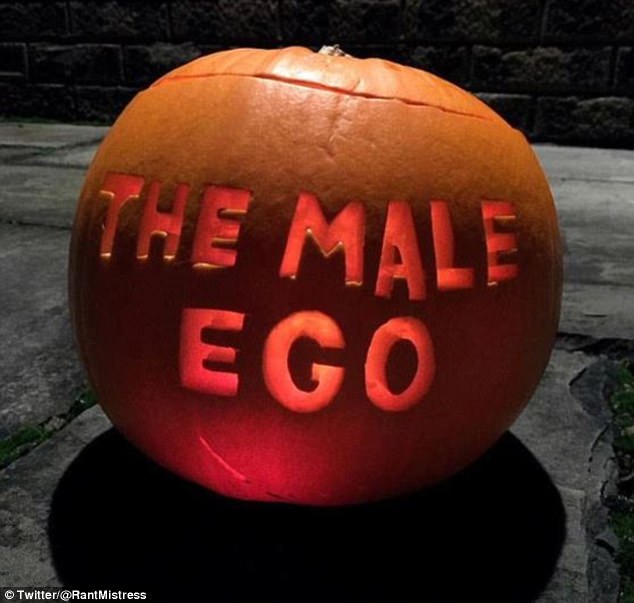 Need a night light? This pumpkin could send more than just feminists ducking for cover 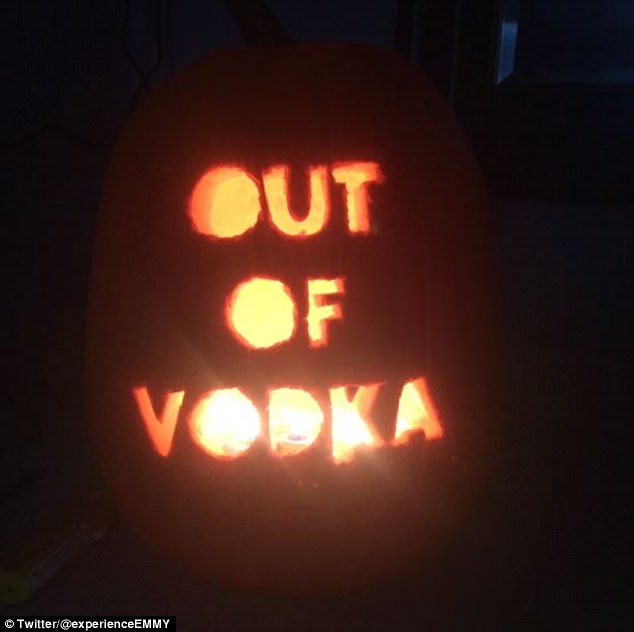 Absolut-ly terrifying! Don’t cross a witch when she looks into her cauldron and it’s… empty 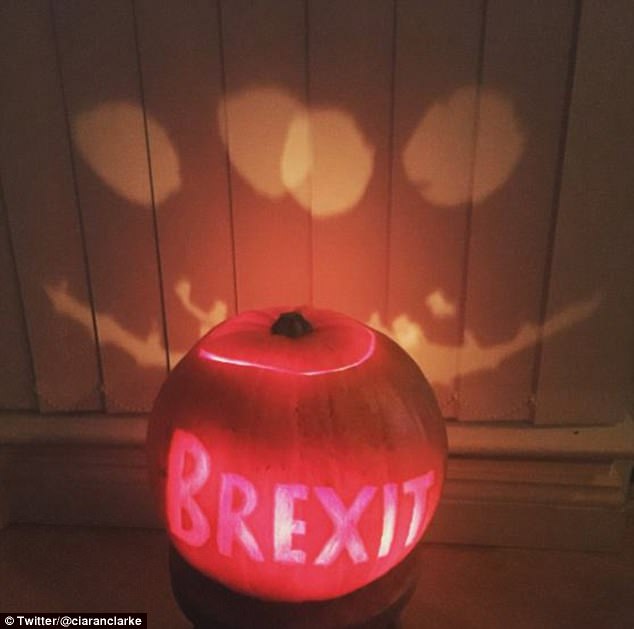 Some had similar ideas, carving pumpkins with low cell phone batteries of their own. Several carved out the symbol of the ‘check engine’ light in a car, which has the power to send some automobile owners into a panic.

Pumpkins featuring words like ‘out of vodka,’ ‘student loans,’ ‘college tuition,’ and ‘the male ego’ have earned attention, as has a more political pumpkin simply carved with the word ‘Brexit’.

Also with a political theme, hundreds of Americans have carved their own ‘Trumpkins’ this year, made to look like Donald Trump. In addition to carving his face, many have added blonde wigs and props to make their pumpkins look more like the President.