Seattle police fired flash bangs and tear gas to break up a crowd of demonstrators on a baseball field in the Capitol Hill neighborhood of the city – and an MSNBC reporter and her crew were among those forced to disperse.

The frightening video footage shows Jo Ling Kent reporting live on the air of the cable news channel late on Monday night, when police surged toward an area packed with demonstrators and used crowd-dispersal methods.

As Kent begins her report, several flash bangs are heard exploding in the background. There are also several small explosions resembling fireworks.

Kent, who is wearing a gas mask, describes the chaotic scene unfolding on the baseball field.

Jo Ling Kent, a correspondent for MSNBC, was live on the scene at a baseball field in the Capitol Hill neighborhood of Seattle on Monday evening 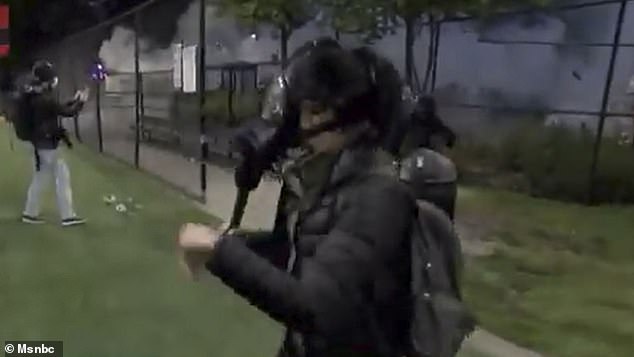 Kent was reporting while Seattle police moved in on protesters and launched tear gas, flash bangs, and fireworks in an attempt to disperse the crowd 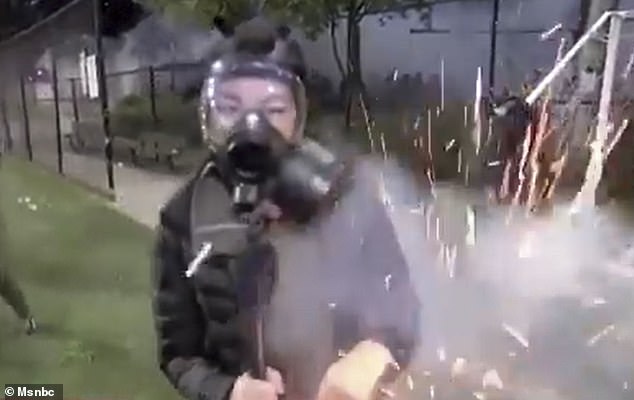 At one point, a flash bang appeared to go off and graze Kent’s arm during her live report

‘Guys, I don’t know if you can hear me,’ she tells Brian Williams, who is anchoring the network coverage in New York.

‘We have now police advancing on protesters.’

As Kent finishes the sentence, a flash bang explodes inches from her and appears to graze her arm.

As Kent and her crew make a dash towards the rear of the baseball field, Williams reminds viewers that the network provides all of its correspondents with a security team.

Kent is seen being whisked away by several people wearing gas masks. Other protesters are also seen retreating as police make their advance. 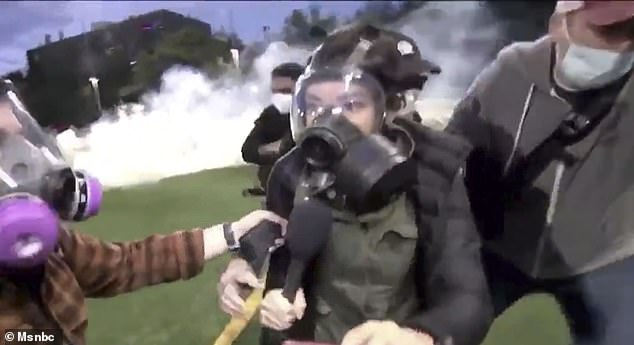 The near-miss appeared to startle Kent and her crew, who began to make a retreat alongside the other protesters 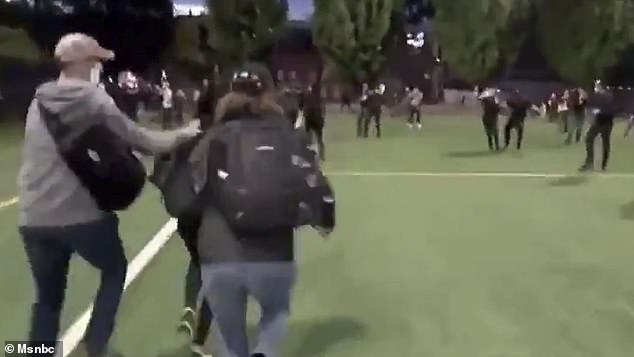 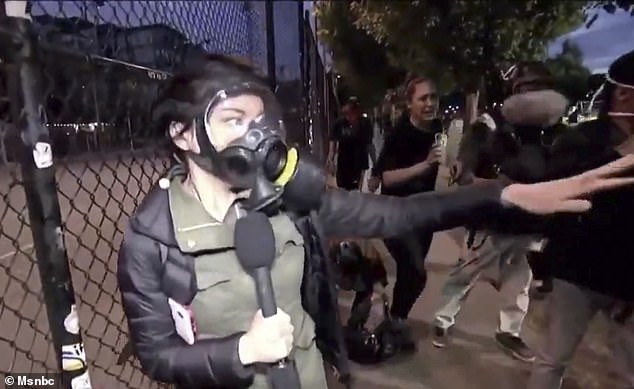 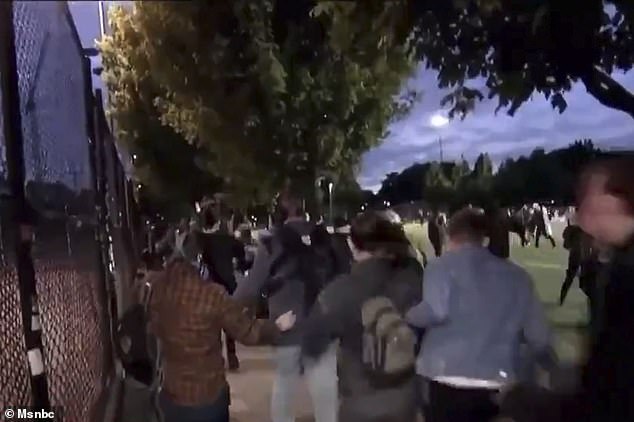 But police continued their surge, forcing Kent, her crew, and other protesters to sprint away

After moving toward the back of the baseball field in an area ringed by a fence, Kent tries to resume her reporting, but the loud noises of fireworks and explosions drown her out.

Williams then tells Kent that he is uncomfortable seeing her carrying on her news report from up against a fence and suggests that she and her crew find a safer location.

At this point, the chaos escalates with protesters fleeing the scene.

It does not appear that Kent or her crew were injured. 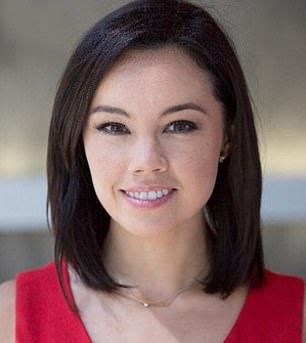 At a news conference, Durkan said the curfew would begin at 6pm and last until 5am.

Bellevue, Washington, also said it would have a 5pm curfew following vandalism and theft in that city’s downtown Sunday.

Other cities in Washington, including Spokane, also issued curfews to try to contain protests.

There were curfews in Seattle on Saturday and Sunday nights as well.

Durkan said most of the thousands of protesters were peaceful, but there was an element that engaged in ‘violence, looting and chaos.’

In a statement, the Washington director of the American Civil Liberties Union condemned the curfew orders, calling them ‘chilling.’

‘They open the door to selective enforcement, potentially magnifying the very harms that protestors and communities have been demanding be addressed for decades,’ said Michele Storms, executive director of the ACLU of Washington.

These include reports of police pepper spraying a young girl and punching a person on the ground who was being arrested, OPA said.