There has been a mad rush to get a piece of infamous art which became controversial because it looked like giant silver penis.

The ‘disco-dong’ was dismantled 12 months after it was erected in Byron Bay’s main street after causing outrage in the community because of its likeness to a phallus.

But since being pulled down it’s become more popular than the entire time it was on display, with people lining up for hours to get a piece of history.

The 12-metre high sculpture was made up of thousands of aluminum birds, designed to represent the Byron Bay lighthouse.

But when it was installed it was famously nicknamed the ‘disco-dong’ and ‘seaside shaft’ and was widely criticised across social media.

While the sculpture was widely criticised, it had a strong group of supporters as well.

During the campaign to have the sculpture removed fans from the ‘Byron Disco Dong Appreciation Society’ hung a sign off the artwork- saying ‘hands off our dong’. 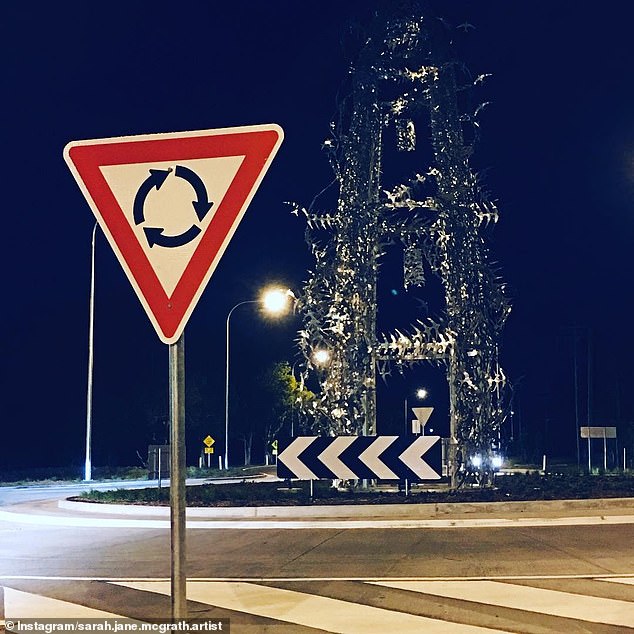 The 12- metre high sculpture was made up of thousands of aluminum birds, designed to represent the Byron Bay 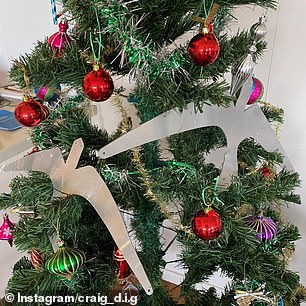 Pieces of the ‘Disco-dong’ sculpture adorn a Christmas tree

The sculpture was pulled down in September and the the thousands of silver birds were put up for sale by council before Christmas.

Each of the 3,500 birds were sold individually.

The sale was so successful, the $64,000 raised actually cost more than the council paid for the sculpture itself.

Fans lined up for hours to get their hands on a piece of the iconic sculpture when it went for auction.

One of those was Annie Briggs, who told ABC news she wanted to have her own part of the story.

‘I was interested because it was just a bit quirky and here was so much hoo-ha about the sculpture I thought it would be good to get a little bit of Byron history,’ she said. 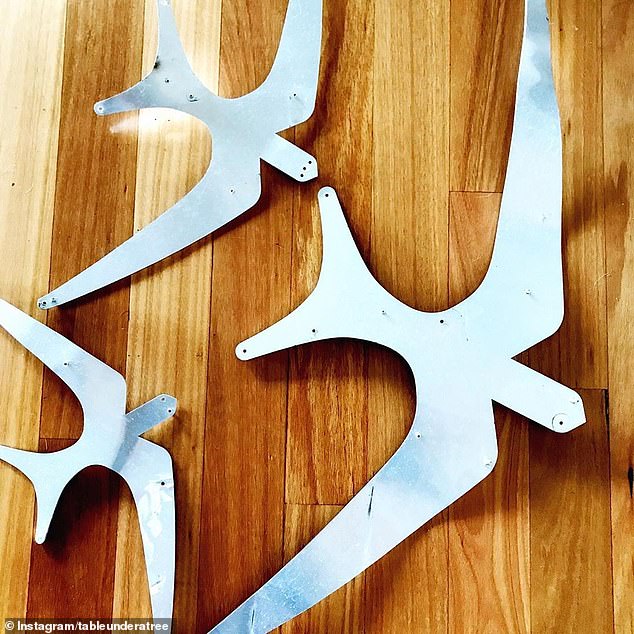 The sculpture was dismantled and each of the 3,500 birds were sold individually

Another supporter – Richard Holloway -bought his own share of the sculpture and has repurposed it as piece of art in his backyard.

‘It’s just nice to have a little memorabilia and a reminder of what once was,’ he said.

He said the artwork’s placement was probably part of the reason it was so controversial.

‘I thought it was a very attractive work of art but just in the wrong location,’ he said 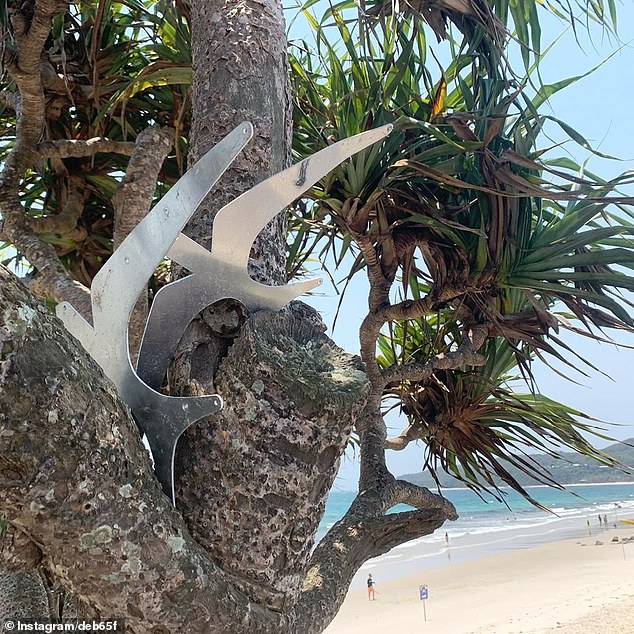