Max Meyer has played his last game for Schalke after the club confirmed he will spend the remainder of the season with the reserves following his claims he feels as if he is being bullied.

Last week, it was confirmed that the 22-year-old would follow the likes of Joel Matip, Sead Kolasinac andBayern Munich-bound Leon Goretzka in leaving the Veltins-Arena on a free transfer at the end of the season after failing to reach agreement on an extension to his expiring contract.

Meyer hit out at the club in an interview with Bild this week, attacking the president for his comments on the decision being motivated by money.

And as a result, the Bundesliga side released a statement to say the Germany international had been placed in the reserves and would no longer be considered for first team duties.

While Schalke sporting director Christian Heidel remarked at a press conference that discussions had been ‘very amicable’ and that there were ‘no bad words between either party’, club president Clemens Tonnies subsequently appeared to suggest that the youth graduate’s exit was financially motivated. 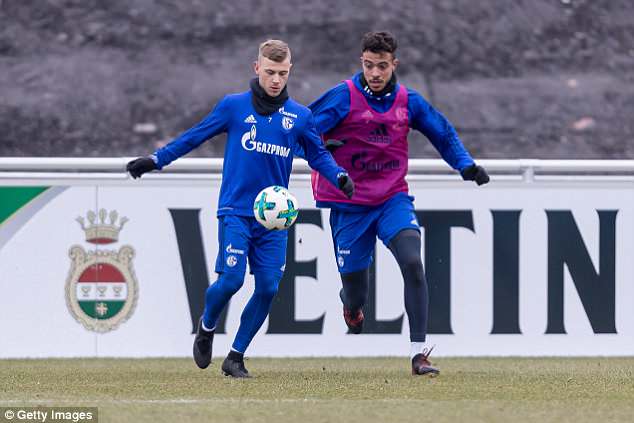 ‘The money train has overtaken emotions,’ he said. ‘Those who stay at a club forever – there are not many anymore.’

This is in apparent contrast to compatriots Timo Horn and Jonas Hector, who drew praise for committing their respective futures to Cologne despite the latter’s relegation to the second tier of German football.

Meyer, who has been linked with a host of top European clubs including Premier League trio Arsenal, Liverpool and Tottenham Hotspur, is evidently unhappy with the suggestion that he is leaving for more money and says he no longer wants to work with Heidel.

‘I was never concerned about the money, otherwise I would have accepted the second improved offer,’ he told Bild.

‘That’s why I find it a mess for Clemens Tonnies to say it on TV as if it were all about money. I simply did not want to stay with Schalke and work under Heidel. It’s all about this. Lately, it just feels like bullying to me.

‘I did not want to come out and talk. I’ve just had enough of always reading something about myself, but neither Heidel nor Tonnies talked to me. 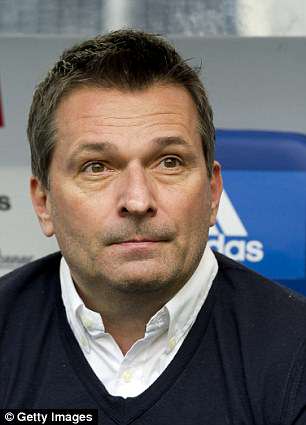 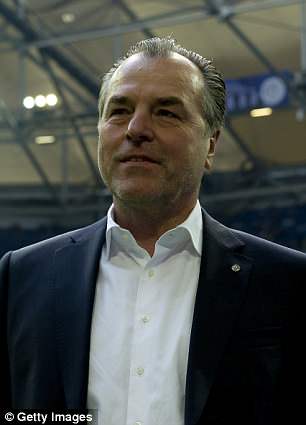 ‘Now they can read how the last two years have been for me at Schalke.’

Meyer, successfully converted into a deep-lying midfielder by young coach Domenico Tedesco, has made 24 Bundesliga appearances so far this term, but missed Saturday’s 1-1 draw with Borussia Monchengladbach and afterwards seemed to contradict Schalke’s initial claim that he was suffering with a foot injury.

Clarifying that situation further, he added: ‘I had a knock on Wednesday, but told the doctor that evening that I could work out. I was not hurt. That’s what I said to the coach on Thursday.

‘He said before training I should stay and wait until Monday with the training. I have been available since Thursday.’