Schapelle Corby looks radiant and poses on a beach

She returned to Australia in May last year, after serving time at Indonesia’s Kerobokan Prison for drug trafficking.

And Schapelle Corby looked to be enjoying the taste of freedom, in a snap shared to Instagram on Tuesday.

The 40-year-old looked radiant as she embraced her pet dog while posing on a beach surrounded by pelicans.

The taste of freedom! Convicted drug trafficker Schapelle Corby, 40, looked radiant as she posed on a beach in an Instagram snap, nine months after her release from prison

Schapelle sported a plunging abstract top teamed with a blue and white sarong, tied around her hips.

The former beautician had her brunette locks styled into a chic top knot, with a side fringe adding a glamorous touch.

Schapelle looked to have enhanced her facial features with a matte complexion, defined brows, and a pink gloss on her plump pout.

Embracing her pet dog while surrounded by pelicans on a beach, the Queenslander captioned the shot: ‘Everyone likes a Pelican Australia,’ alongside two love heart emojis and the hash-tag #stormgirl. 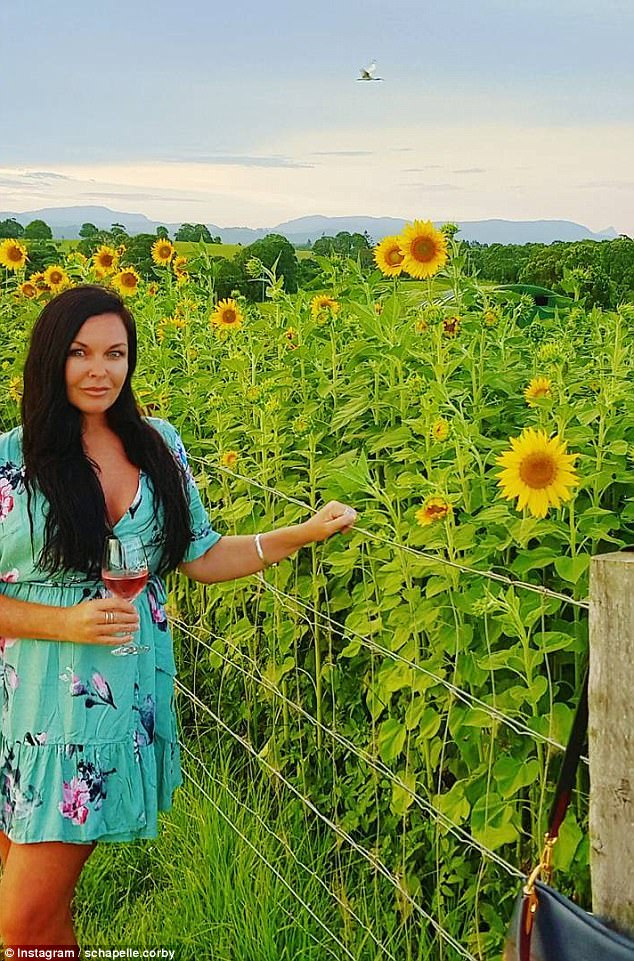 Online: Since her return to Australia, it appears the former felon has put the past behind her – and established herself as a social media influencer

Schapelle served nine years behind bars in Kerobokan Prison and was released on parole in February 2014.

After three years in Bali, she returned to Australia in May last year.

Schapelle’s life was forever changed the moment a customs officer lifted 4.2kg of top-quality marijuana from her boogie board bag the afternoon of October 8, 2004, in Indonesia.

However since her return to Australia, it appears Schapelle has put the past behind her – and established herself as a social media influencer.

Sharing snaps with her 196,000 Instagram followers, the former felon has been seen sipping champagne for her 40th birthday and soaking up the sunshine in coastal locations.

And earlier this month, Schapelle revealed that she had finally gotten her learner’s licence and can now legally drive. 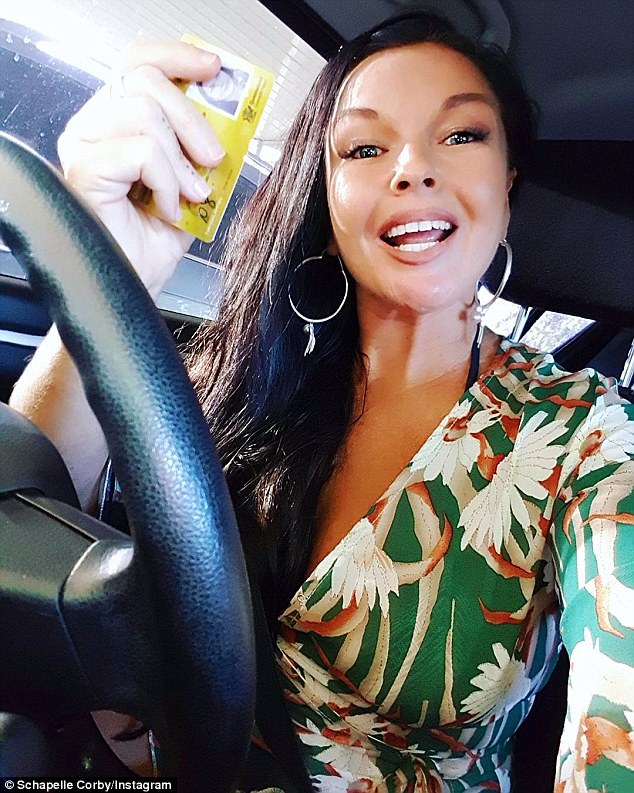 From drug runner to car driver! Schapelle FINALLY got her provisional licence earlier this month and celebrated her freedom by sharing a happy snap from behind the wheel