Few Australians will know what it’s like to celebrate the holidays in ‘Hotel Kerobokan’.

But for 10 years, from 2004 to 2013, Schapelle Corby was forced to spend the festive season behind bars in Bali’s most notorious prison.

But after her release on parole in 2014 and subsequent deportation in May this year, the former beauty student is now enjoying her first Australian Christmas since 2003.

The Gold Coast native, 40, has offered her loyal supporters a glimpse of her Christmas plans using her preferred media channel: Instagram.

In the past few days, Schapelle and her family members have been sharing festive snaps of themselves preparing for the holidays.

In one Instagram Story video, Schapelle joked she ‘couldn’t reach the top’ while trying to decorate her Christmas tree.

Time to decorate the tree! The Gold Coast native has offered her loyal supporters a glimpse of her very special Christmas using her preferred media channel, Instagram

She was listening to the festive tracks Santa’s Coming For Us and, later, Puppies Are Forever.

That particular song will have special significance, as Schapelle has been showing off her new puppy recently.

She appears absolutely smitten with her pet pooch Lucille, who is now a regular fixture on her popular Instagram account.

Not just for Christmas! Schapelle has been getting in the festive spirit with her new dog Lucille. While decorating the Christmas tree, she was also heard listening to Sia’s Puppies Are Forever

Over the weekend, Schapelle also shared a photo of herself sitting on Santa’s lap.

Looking happier than ever, she wrote in the caption: ‘Merry Christmas. Thanks to all who have supported me through the years and thank you for welcoming me home.

‘I’m so happy. Stay safe through the holiday season.’ 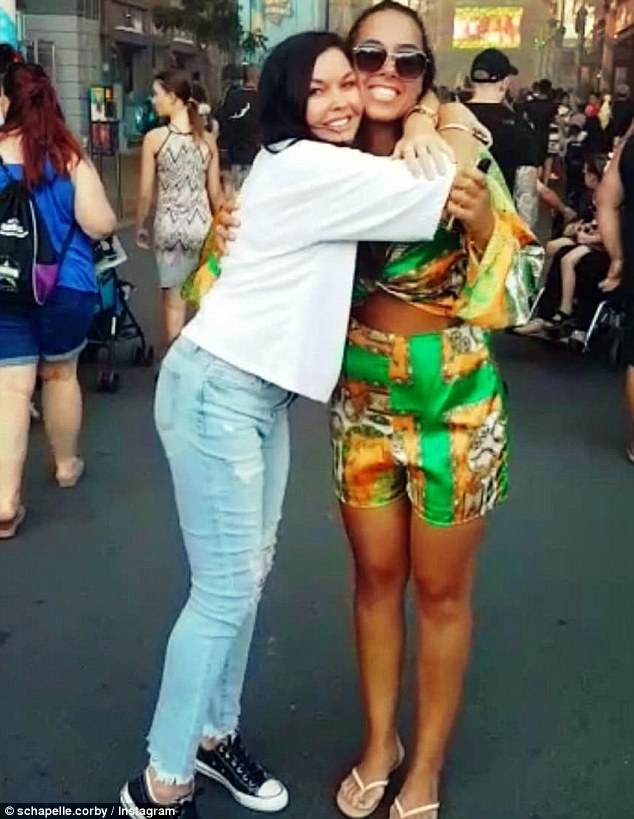 Sister act! It is also believed Schapelle enjoyed a festive trip to the Movie World theme park on the Gold Coast over the weekend. Pictured with her younger sister Melenae

In the comments section, Schapelle was met with the usual mix of sincere well-wishers and light-hearted ribbing.

One fan wrote: ‘So, so good to see you back home, Schapelle. I bet thousands of people have wished this for you for so so many years.

‘Just knowing that you are back home with your family makes me really really happy. Have a blessed holiday, girl.’

But another follower offered the cheeky reply: ‘Did you ask him for a new boogy (sic) board bag for Christmas?’ 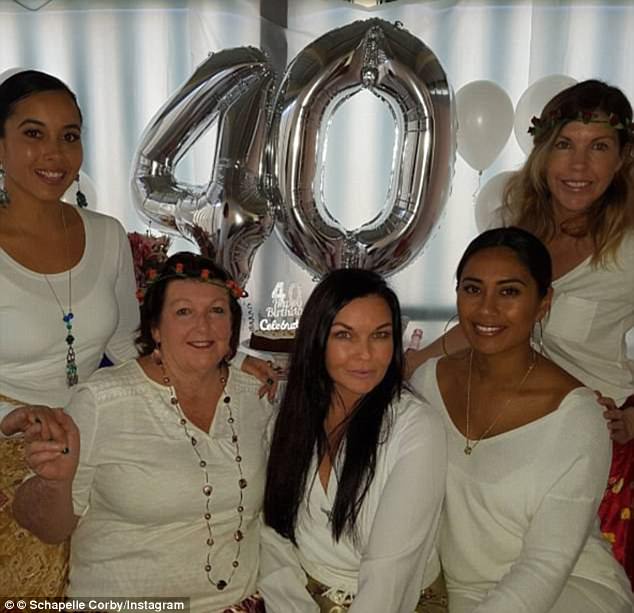 It is also believed Schapelle enjoyed a festive trip to the Movie World theme park on the Gold Coast over the weekend.

She was pictured there with her younger sister Melenae, in a photo posted to older sister Mercedes’ Instagram account on Sunday.

Mercedes wrote in the caption: ‘My gorgeous sisters. Love them, so blessed we are all so close.’ 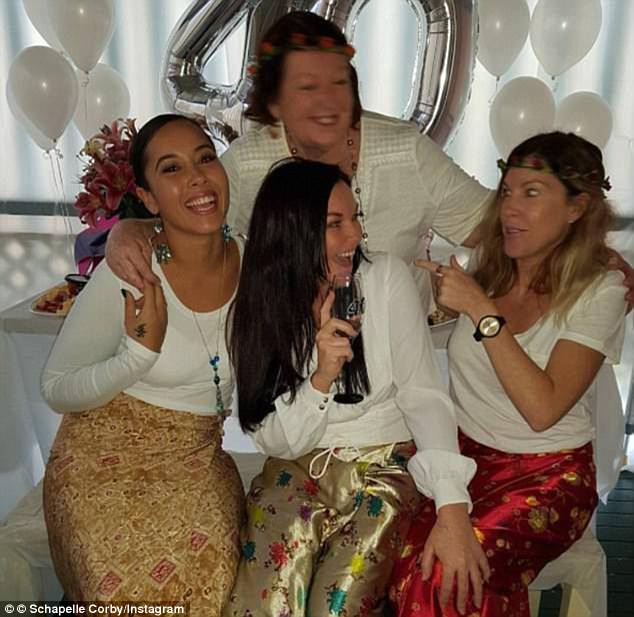 Supportive: She shared several Instagram photos from the event at her mother Rosleigh Rose’s Brisbane home, including snaps of herself sipping champagne 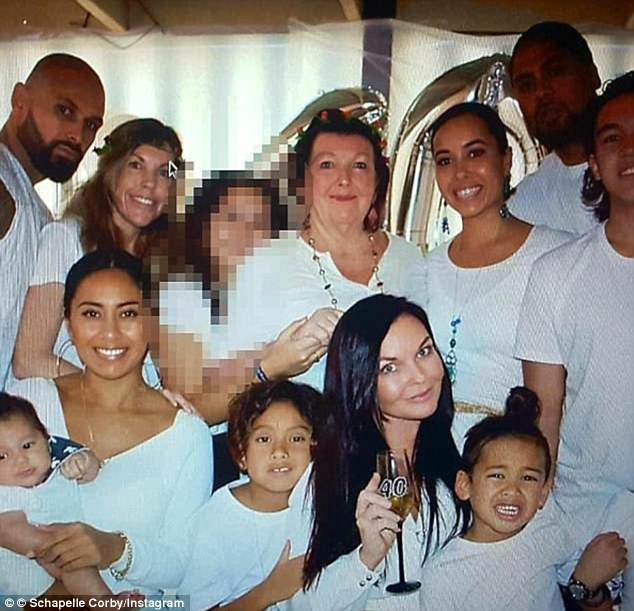 Emotional time: ‘First birthday back on home soil after being away for 13 years,’ Schapelle wrote on Instagram. ‘Each year it’s been my wish to be home, finally 2017 it’s a reality.’

During her years in Kerobokan Prison, Christmas was an important time of year for Schapelle.

In Indonesia, well-behaved prisoners have their sentences cut on religious holidays as part of an annual remission program. 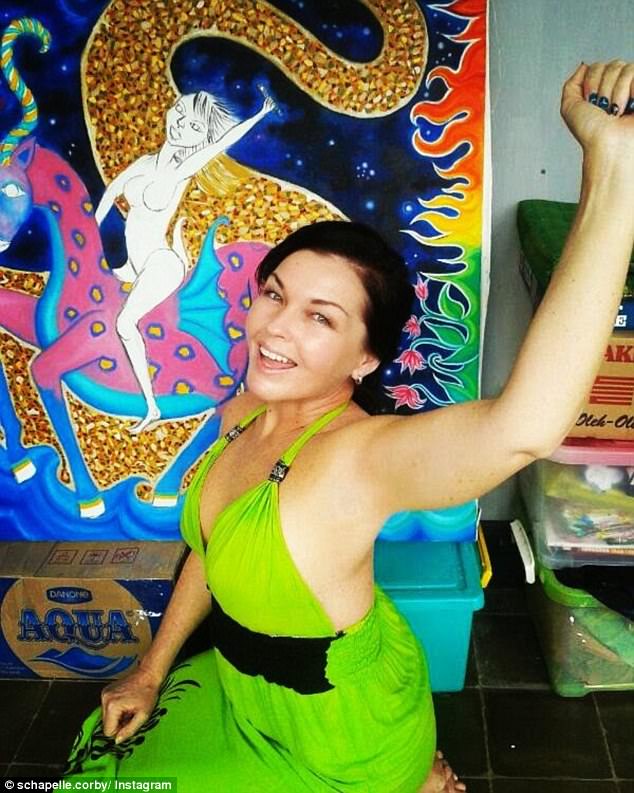 Here’s to freedom! Schapelle Corby is pictured in Kerobokan Prison’s Block W in 2013. She was released on parole the following year after almost a decade behind bars

The sentence cuts do not apply to prisoners on death row or those serving life sentences, like the male members of the Bali Nine.

However, Renae Lawrence – who is serving a 20-year sentence as part of the same drug trafficking syndicate – may well be spending her last Christmas behind bars.

Renae, 40, has been described by prison governors as a ‘model prisoner’ and has received successive remissions. She is eligible for a release next year. 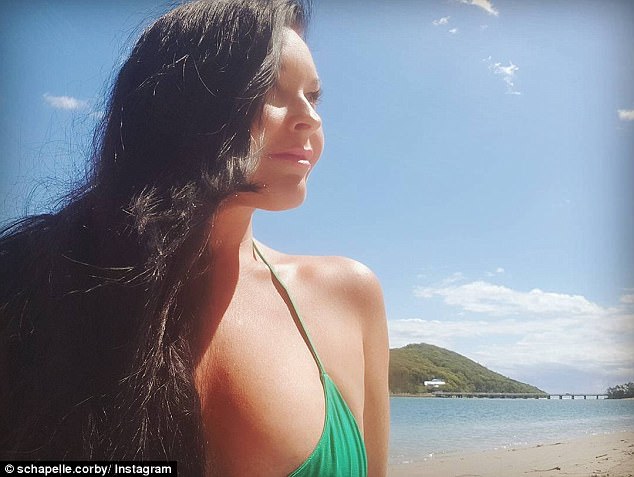 Bikini babe! Schapelle has been enjoying life back in Queensland following her ordeal in Bali

Meanwhile, after being locked up, Schapelle famously vowed she would never celebrate anything in the ‘hellhole’ that is Kerobokan Prison.

And the conditions behind bars guaranteed she would have little to be cheerful about.

In fact, on her first Christmas behind bars she overheard a male prisoner having his ‘fingernails ripped off’ by police near the visitor’s room, according to her biography. 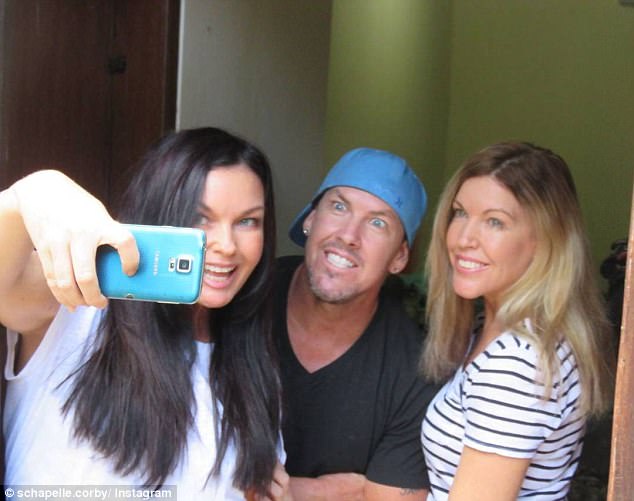 Dedicated: Schapelle’s family has always stood by her side. Pictured with siblings Mercedes (right) and Michael Jr (centre) 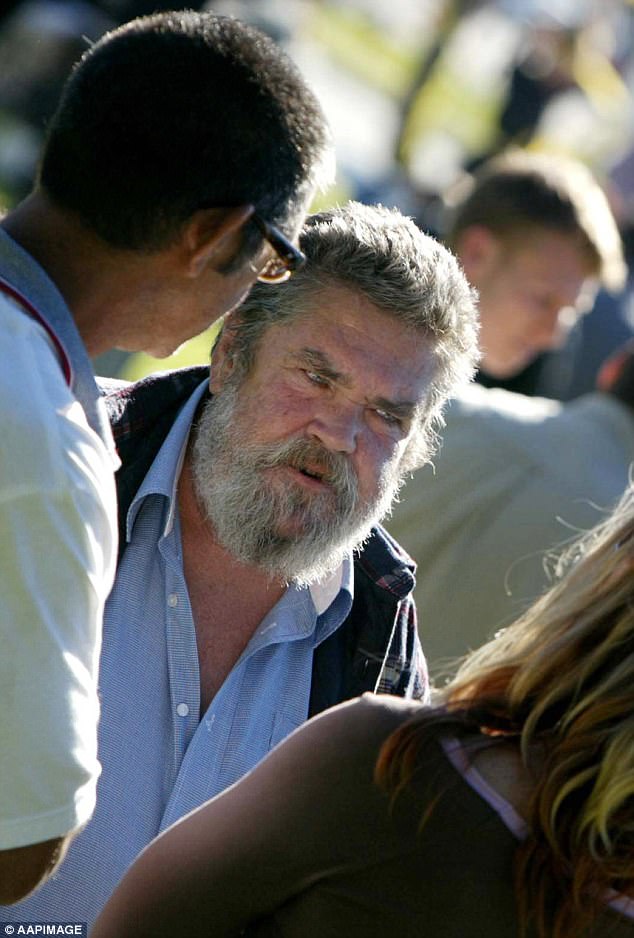 Tragedy: The last time Schapelle celebrated Christmas on home soil, her father Michael Corby Sr. was alive. However he died of cancer in 2008 while Schapelle was still in prison

Following sentence reductions, Schapelle was eventually released on parole in February 2014. She was deported to Australia in May this year.

She shared several Instagram photos from the event at her mother Rosleigh Rose’s Brisbane home, including snaps of herself sipping champagne.

‘First birthday back on home soil after being away for 13 years,’ she wrote. ‘Each year it’s been my wish to be home, finally 2017 it’s a reality.’ 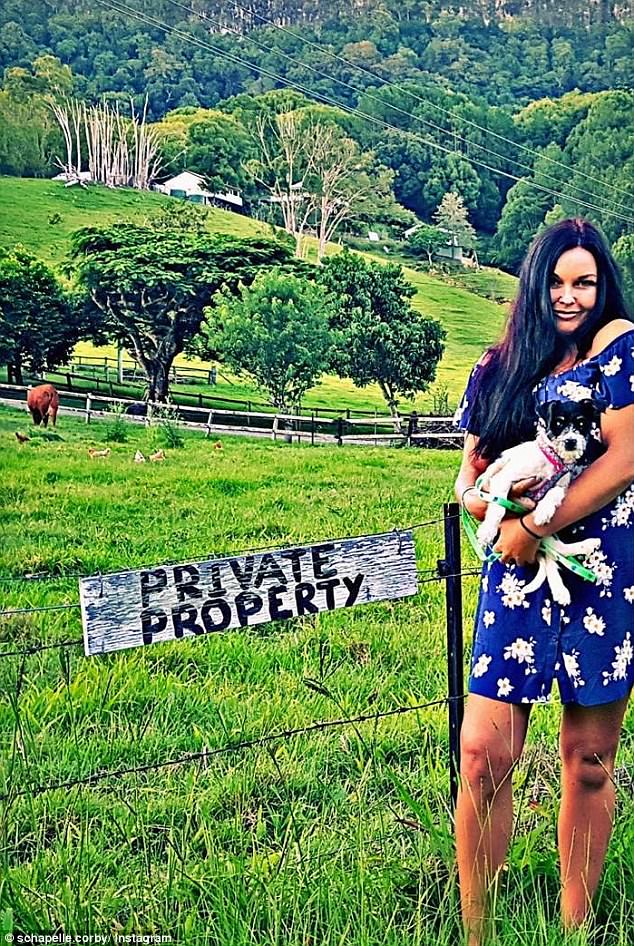 ‘Private property’: Schapelle (pictured with her dog Lucille) has kept under the radar since her return to Australia, turning down TV interviews and keeping in touch with fans on Instagram

But Schapelle admitted she was missing her late father, Michael Corby Sr. who died in 2008, and her ‘soulmate’ Ben Panangian, who lives in Bali.

In October, the family marked sister Mercedes’ 43rd birthday – a date that will have bad memories for the Corbys.

Schapelle’s purpose for travelling to Bali 13 years ago was to celebrate Mercedes’ 30th birthday – but the trip soon became a living nightmare.

She was arrested at Ngurah Rai airport on October 8, 2004 after customs officers found 4.1kg of marijuana wrapped in plastic inside her boogie board bag.

Schapelle has always maintained her innocence, denying the drugs belonged to her and insisting they were planted without her knowledge.

She was sentenced to 20 years at her 2005 trial, spending almost a decade in prison. 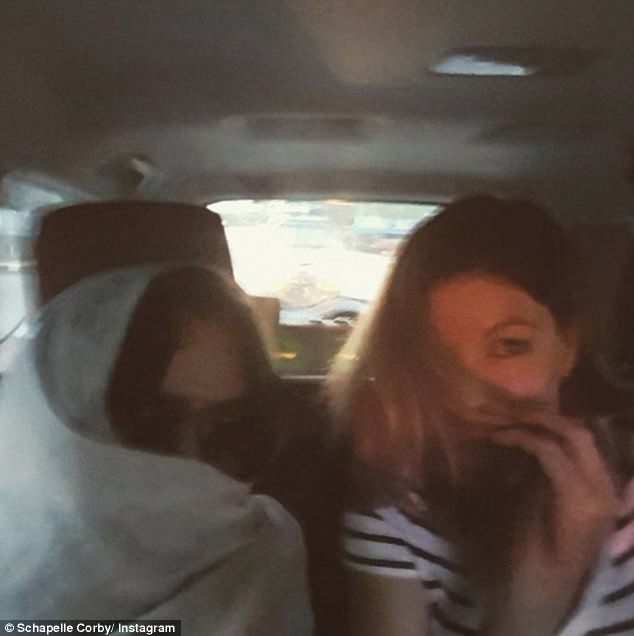 Her great escape! Schapelle’s deportation from Bali in May made headlines across Australia, but despite enormous media interest she managed to avoid being photographed