Republicans asked the Democratic impeachment managers Wednesday to inform them on if the still-anonymous whistle-blower worked for Joe Biden at any point.

Lead impeachment manager Adam Schiff, however, deflect, and instead said he would continue to protect the identity of the person whose report led to the launch of the impeachment inquiry.

Although some Republican lawmakers and media outlets have released the name of an individual they believe is the whistle-blower, the only thing known about the anonymous person is they were an intelligence officer.

‘I thank the senators for the question, and I want to be very careful on how I answer it, so as not to disclose or give an indication that may allow others to identify the identity of the whistle-blower,’ Schiff said. 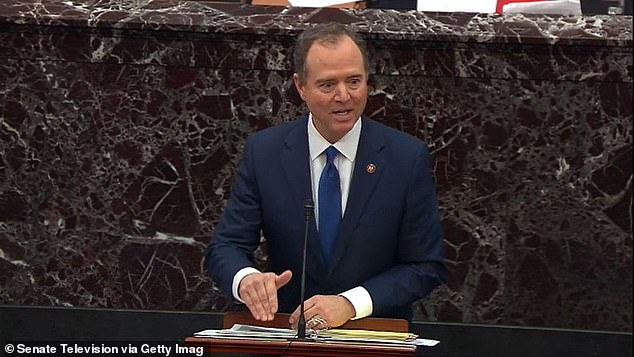 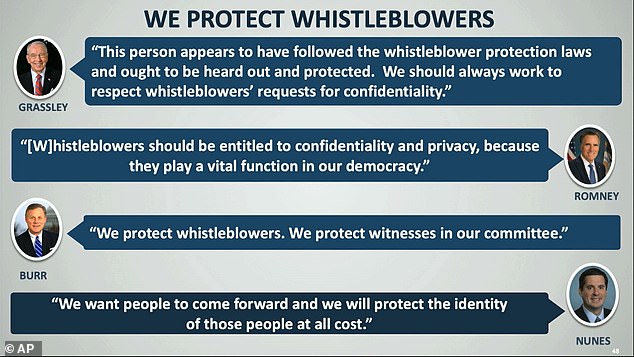 Schiff also went to on to list, a show a graphic, of Republicans who agree that the whistle-blower should not be outed and remain anonymous as long as they want

But then he went on a tangent about how everything the whistle-blower did was proper and defended those who handled the report and lamented that their lives were made harder by threats to their safety due to involvement in the impeachment case.

‘I can tell you that there is no one who could understand the plight of Ambassador Yovanovitch more than some of my staff who have been treated to the same kind of smears and now have concerns over their own safety. They acted at all times with the utmost propriety and integrity,’ he said, invoking former Ambassador to Ukraine Marie Yovanovitch, who received a slew of backlash for her public testimony before the House in the impeachment investigation.

He did not address the Republicans’ question on whether the whistle-blower had a position with Joe Biden and if that position might have included dealings with Ukraine.

The inquiry was posed during eight hours in the first questioning session of the Senate impeachment proceedings.

The Senate will reconvene Thursday for the second, and final day of senators posing questions to the defense and prosecution teams.

Schiff, the House Intelligence Committee chairman who is also leading the Democratic team prosecuting the president in the Senate, mentioned Republican lawmakers who are also in favor of protecting the whistle-blower’s identity.

‘I want to talk about why we’re making such an effort to protect the identity of the whistle-blower,’ Schiff said.

‘This has been a bipartisan priority, and one that we have done our best to maintain. So I want to be careful,’ he continued.

Even though the California Democrat said he didn’t want to reveal who the whistle-blower is, he also asserted that he is not aware of who that person is.

‘So, I’m not going to go into anything that could reveal or lead to the revelation of the identity of the whistle-blower,’ Schiff said

‘First of all, I don’t know who the whistle-blower is,’ Schiff said during while answering the question posed by Republicans on the Senate floor. 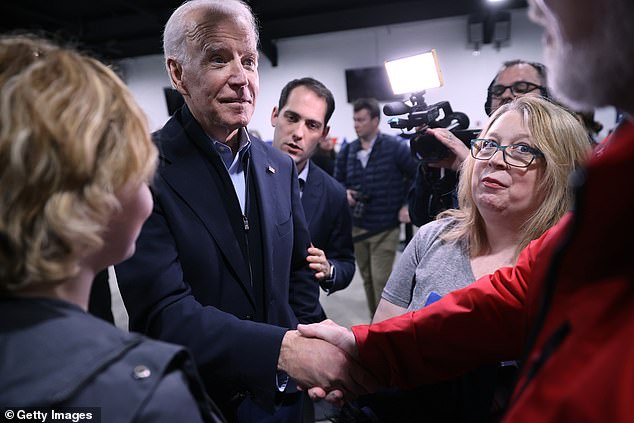 Republicans wanted to know if the individual worked with Joe Biden, especially in regards to potential work with Ukraine

‘In short, the conspiracy theory, which – I think – was outlined earlier, that the whistle-blower colluded with the Intel Committee staff to hatch an impeachment inquiry is a complete and total fiction,’ he said.

Republicans, and Donald Trump, have demanded the whistle-blower be included in any list of potential witnesses who might be called in the Senate trial.

Senate Majority Leader Mitch McConnell vowed that there would be a vote following the questioning sessions where senators would decide whether new witnesses would be permitted to give testimony.

Democrats have continuously slammed the idea of calling the whistle-blower and therefore revealing their identity.

Schiff said he and other committee chairmen and women encourage whistle-blowers to come forward to their offices.

‘And when they do, we try to figure out: is their complaint within the scope of jurisdiction of the intelligence community, and if it is, then we suggest they get a lawyer or we suggest they talk to the inspector general, which is what happened here. The whistle-blower did exactly what they should,’ he insisted.