Hero mum-of-two tragically drowns after trying to save her son, 10, from a dangerous rip at a popular holiday beach

A mother has drowned in a school holiday tragedy on the New South Wales south coast after heroically swimming out to save her child who was struggling in a rip.

Emergency services rushed to Congo Beach, south of Moruya, just before 4.30pm on Sunday after reports the woman and child were in trouble in the water.

The remote beach is not patrolled and is known for dangerous rips and huge drops in sand levels.

The woman had swum out and alerted a nearby surfer who managed to drag the woman and 10-year-old boy back to shore, police said.

Witnesses then pulled them from the water and commenced CPR on the 50-year-old woman from Sydney on the sand until paramedics and a rescue helicopter arrived.

She died shortly after.

The 10-year-old boy was assessed by ambulance officers and was not injured.

‘These call-outs are difficult for everyone involved and our thoughts are with the family and friends of the woman who drowned at Congo yesterday,’ Surf Life Saving Far South Coast director of lifesaving Cheryl McCarthy said on Monday.

‘It is a natural reaction to race into the water when we see our family and friends get into difficulty, but we’re pleading with people to stop and think for a moment before diving in and to look for a nearby rescue device, or even an esky lid or bodyboard, to use as a flotation device. It can make a huge difference to the outcome,’ Mr Pearce said.

An investigation into the incident has been launched by South Coast Police District officers.

A report will be prepared for the Coroner.

Police have also asked anyone who has information about this incident to contact Crime Stoppers on 1800 333 000.

The region near Moruya is a popular holiday destination featuring a number of picturesque small towns and beaches dotted along the coast. 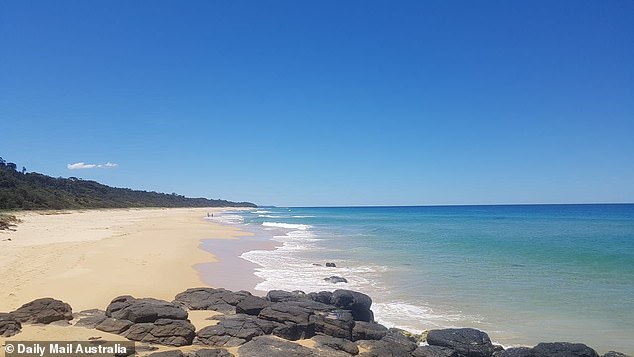 According the NSW Beachsafe website Congo Beach, consisting of three smaller beaches, is not patrolled and while there is good surfing conditions, the beach has persistent rips making swimming dangerous.

‘These are three hazardous isolated beaches, with persistent rips and often a deep longshore trough,’ the website warns.

‘Surf Life Saving NSW advises anyone entering the water to do so at a patrolled beach, and swim in between the red and yellow flags’.