Casey Smitherman, charged with fraud in her attempt to help a sick student, resigned from her job as Elwood Community Schools Superintendent on Friday

A school superintendent who was charged with insurance fraud and identity deception after she sought medical treatment for a student using her son’s name has resigned.

Casey Smitherman, 48, who managed Elwood Community Schools in Elwood, Indiana, used her health insurance to get treatment for the 15-year-old who was suffering from strep throat.

During a Friday meeting, the school board accepted her resignation after the charges against her were discussed in an executive session, to the relief of some in the community who believed her actions were wrong, even if her heart was in the right place.

‘I have dedicated my entire professional career to children and ensuring they have the best possible chance of success. My record of accomplishments clearly shows I have been successful in doing that,’ Smitherman wrote in a statement to WTTV news. ‘Unfortunately, my recent lapse in judgment has brought negative attention to the community and myself. ‘

Indiana’s Department of Education also opened a file regarding the possibility of taking away her educator license.

The school board had made a statement two weeks ago supporting the superintendent, but despite the supportive stance, Smitherman announced her resignation. 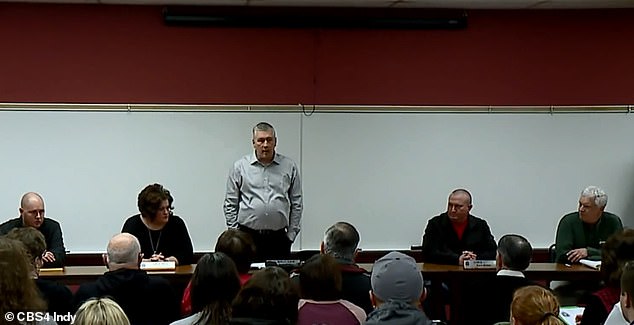 The Elwood, Indiana, school board discussed Casey Smitherman’s actions before announcing her resignation at the meeting

‘As most educators will attest, the board, community, teachers and students need to be in alignment for a school system to achieve its goals,’ her statement said. ‘I do not feel that alignment exists at this time nor could exist in the near future and therefore, effective 02/01/2019, I am resigning from my position as the Superintendent of Elwood Community Schools.’

‘He didn’t need for her to come get him and take him to the doctor. She took him to go eat, she took him to go get a hair cut. That wasn’t needed., said Audra Rich, a woman who claims to be close to the teen’s family, told WTTV.

‘Nothing at home from her was needed and it was inappropriate.’

The former superintendent’s visited the teenager in question at his home after he failed to attend school on January 9. Upon finding out he had a sore throat, the educator took him to a medical center where he was refused treatment. 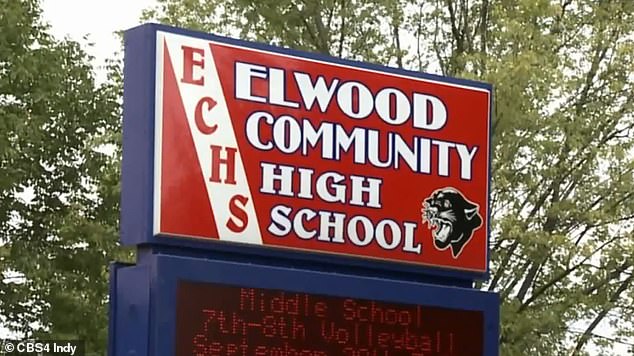 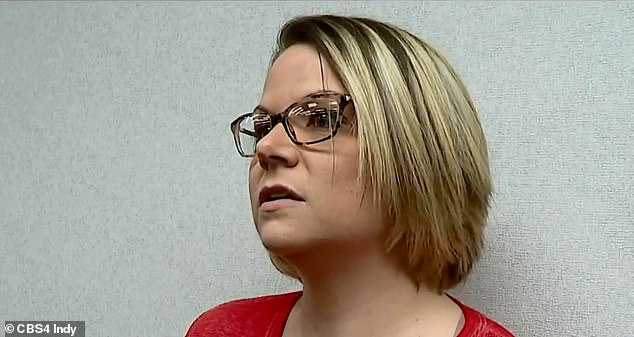 Audra Rich, seen here, a family friend of the student who Smitherman claimed to have been helping, says that such help was not needed by the student

Knowing the youngster didn’t have his own insurance, Smitherman then revealed in a statement that she took him to a different clinic and told them he was her son.

Following this, Smitherman admitted to officers that she did use her son’s name to get the prescription, revealing she also often bought clothes for the student.

Smitherman was booked on January 23 before later being released on bail.

‘It’s hard not to want to help all of our kids,’ the educator told CBS News. 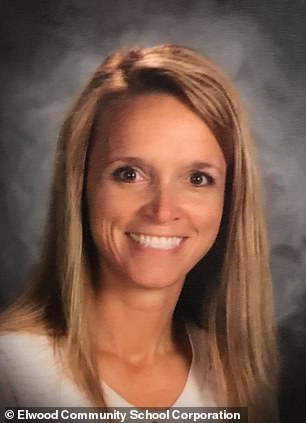 About 78 percent of the students in the Elwood school district qualifies for free or reduced-cost lunches, and the local teachers have identified students struggling with food and clothing to aid.

While the Elwood, Indiana, community appear to be mixed on their opinion on Smitherman’s actions, the former superintendent says the reactions across the country from her fellow educators have been largely empathetic.

‘I’ve heard from Seattle to New Jersey, and it’s been, “I recognize this, I’ve felt that way myself, I’ve helped kids myself,” and so it’s a plight educators across our country deal with,’ she said to CBS.

Madison County Prosecutor Rodney Cummings said: ‘I understand it was her desire to help a young man that was in bad shape but probably not the best example to set for young people to assume other identities and make false statements.’

Smitherman is entering a diversion program, which would result in the dismissal of the charges if she avoids further arrests in the coming year. 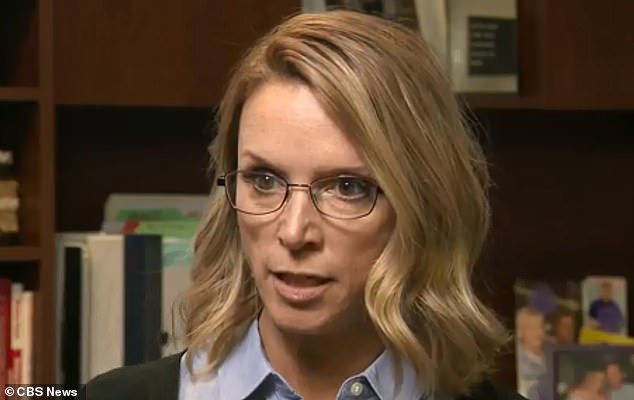