Schoolboy, 12, who was bullied every day for two years reveals horrific injuries

A 12-year-old schoolboy was bullied every day for two years has revealed his horrific injuries he claims he suffered after being pinned down and repeatedly slapped during a PE lesson.

Ryan Larcombe, of Devon, came home with the shape of a hand across his back – which was so harsh it was raised and looked like a burn his mother compared to cattle branding.

The Year 8 pupil at King Edwards VI Community College shared the shocking image of his back to try and help other children who suffer from bullying.

This is the horrific hand print bullied 12-year-old Ryan Larcombe was left with. The Devon schoolboy has bravely spoken out about his experiences

Ryan claims he received the beating as he was getting changed for PE and that the attack didn’t stop until a teacher walked in.

It is only the most recent experiment in what he describes as a traumatic two years at the hands of relentless bullies who he says made him feel ‘worthless’ – making him dread going to school and struggle to eat or sleep.

Ryan, who has been taken out of school for the duration of his recovery, told Devon Live : ‘I’ve been at that school for two years and not had one day without being bullied.

‘I’ve been called fat, not wanted, a waste of space and have been told to go kill myself. I know I’m not perfect but I don’t deserve to feel and be treated like this.

‘And to top it all off, yesterday I was hurt really badly while in the changing room and everyone just laughed at me. 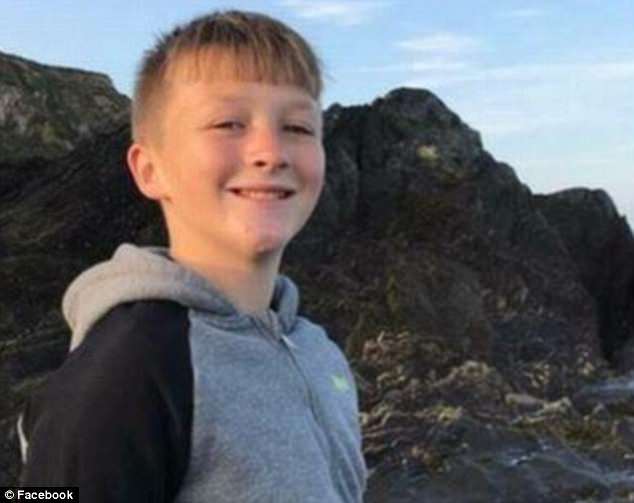 ‘I’ve been called fat, not wanted, a waste of space and have been told to go kill myself,’ Ryan (pictured) has shared after bullies left a huge raised hand print on his back at a school where he has reportedly been bullied for two years

‘I don’t want anybody else to go through the pain I go through. Now I’m scared to go to school. No child should feel this way.’

His distraught mother Gemma Rowley said the assault was the ‘last straw’ and claims the school has failed to solve the problem which led to her sharing the photograph on Facebook. It has been shared by more than 11,000 people so far.

The mother was heavily surprised by the extent of Ryan’s injury after meeting her child on his way home following a call from the school.

Gemma said: ‘It was a raised hand print, almost like a burn and like what you see on cattle. I just can’t understand the force of it.’

She added that children are suppose to find themselves at school but her son seems to be losing himself just a little more each day he attends classes.

Her son is now very paranoid about his weight and often loses his temper compared to how he was two years ago, Gemma added.

Ryan has allegedly had his uniform repeatedly ripped, has been dragged through mud and beaten on the bus home.

The pupils who caused the damage to Ryan’s back are in isolation at school where they are taught apart from their classmates, Gemma was told. 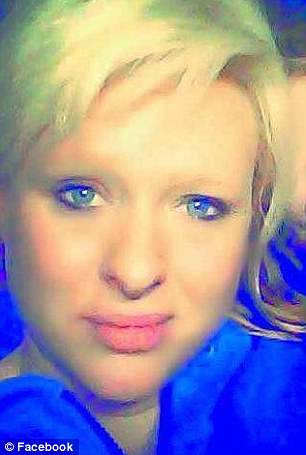 Yet this hasn’t satisfied the concerned mother who believes they should have been suspended.

Police have also advised her to see how the matter is first dealt with by the school – but she claims the staff there ‘never listen’.

Gemma believes that their actions towards the situation has become a little better and credits that to her Facebook post.

She has contemplated moving Ryan to a new school but doesn’t want to teach him that running away is the answer and says her son has mixed feelings towards the decision as he wouldn’t want to leave the friends he does have there.

Alan Salt, headteacher at King Edwards VI Community College, said: ‘We are very upset to hear of any young person suffering from bullying.

‘Although we do not comment on individual cases, we would reassure our college community that we work with all of our young people, and their families to prevent bullying and to encourage positive, caring relationships between our students.

‘We work hard with students and families to address concerns whenever they arise, and to put things right when things go wrong.

‘All bullying is unacceptable. We are committed to doing our absolute best for our students, and I would reassure our community and especially our young people that we are determined to prevent bullying wherever possible, and to resolve issues whenever they occur.’