A 12-year-old boy has been filmed performing impressive somersaults on his freestyle scooter after being made a junior world champion in a competition in Spain.

James Gellatly, of Corby, Northamptonshire, was given the title of junior champion for the extreme sport earlier at Palau Sant Jordi, Barcelona, in July.

And while scooters will be on many youngster’s letters to Santa this Christmas, few could dream of being able to pull of stunts like him.

In the clip, James launches down a steep ramp on his scooter before performing an impressive leap in the air at the other end.

He hovers with his scooter mid-air and twists around before dramatically landing back on to the track without any hesitation. 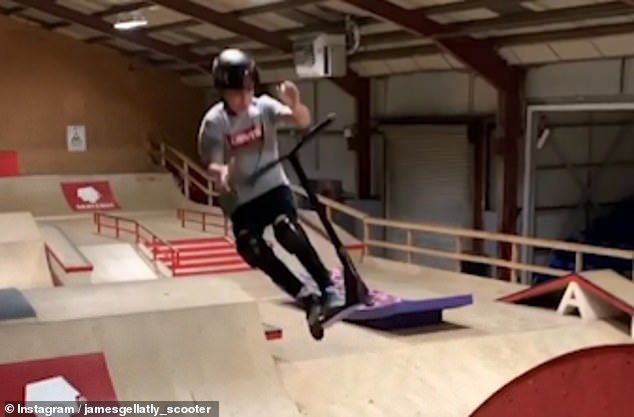 He has now filmed himself performing impressive somersaults and speeding across ramps at Adrenaline Alley in Corby, Northamptonshire

Moments later, footage shows him pushing his scooter towards railings and riding across them.

The adrenaline junkie then flips on a ramp and lands perfectly on to the track and keeps repeating the sequence. 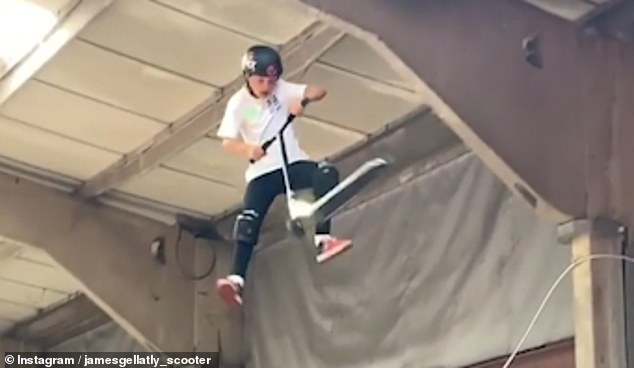 He twists his scooter while hovering mid-air to show off his advanced skills. James’s friends find his acclaimed title ‘cool’ because ‘it’s almost like [he’s] got a job at such a young age’, he told the BBC

The champion skater told the BBC how he ‘doesn’t see [himself] as a celebrity’.

‘But my class mates think it’s cool because it’s almost like I’ve got a job at such a young age.’

He admitted how ‘nerve-wracking’ the sport can be as participants never know if they will fall off. 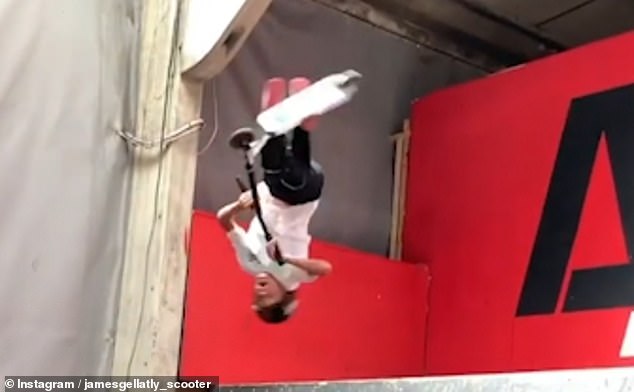 Appearing wiser than his years, James revealed how he sticks to what he can do and mastering those skills to feel confident throughout his ride.

He won the first ever WRG Junior World Cup in Barcelona in July.

Some viewers were impressed on Instagram and said: ‘I always thought u were crazy… not this crazy.’

Another added: ‘Congrats, it’s amazing what you can do with a scooter.’

Riley Widdow admitted that James inspires him to scoot.