Schoolboys grabbed suicidal man and refused to let him jump

Three heroic schoolchildren aged 12, 13 and 14 saved a man who had a rope around his neck and was trying to jump off of a bridge.

The boys were on their way back from school at the time and they saved the man’s life while he stood on the edge of an A10 overpass in Waltham Cross, Hertfordshire on September 21 last year.

Devonte Cafferkey, 13, and Sammy Farah, 14, rushed to grab the man and persuade him not jump while their friend Shawn Young, who was 12 at the time, called for help.

From left to right: Shawn Young, who was 12 at the time, Devonte Cafferkey, 13, and Sammy Farah, 14, stopped a suicidal man who was about to jump off of a bridge

The boys are now set to be presented with national awards.

While they tried to stop the man jumping and talk him out of suicide, he passed the boys his mobile phone saying ‘if it rings, don’t answer it’.

The boys later appeared on This Morning and spoke about the incident with hosts Phillip Schofield and Holly Willoughby.

On the show, Devonte Cafferkey said: ‘Yeah we were the first to arrive. We were persuading him not to jump. He was crying and wiping his eyes. We said, “You’ve got family and stuff, it’s not worth it”.’

The boys were also helped by 47-year-old Joanne Stammers, who is registered disabled with Klippel-Trénaunay syndrome, a rare disability that makes her highly prone to blood clotting.

Despite her condition, which prevents her from working, Joanne took over from the boys and held onto the man ‘for what feels like forever’.

She was left with bruising all over her arms.

Another man, James Higlett, also helped to save the man’s life.

All five will receive awards from the Royal Humane Society, a charity promoting life-saving intervention. 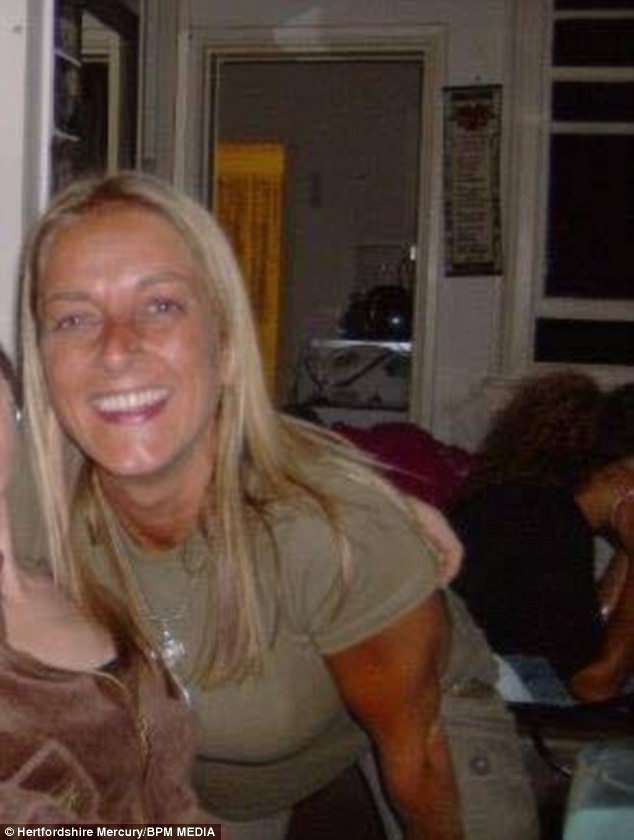 Joanne Stammers, 47, saw the boys and took over from them, holding onto the man until her arms were left with bruises all over

12-year-old Shawn’s mother, Carol, was amazed at the boys’ maturity and said they have ‘just got on with it’ since their brave rescue.

She said: ‘I am extremely proud of all three of them, they are all good boys and it’s nice that they are getting recognised for doing something good in the community.

‘Quite often in the national news there are a lot of negative reports about young people so it is nice to have something positive.

‘They are very young and I marvel at how they are all dealing with it. Every time I speak to them I learn something new about what happened.

‘For example, the man was passing out and got heavier for them, I didn’t know that until recently.’

Jacqueline Cafferkey, Devonte’s mother, found out about the hero awards a couple of weeks ago and described it as a ‘huge achievement’. 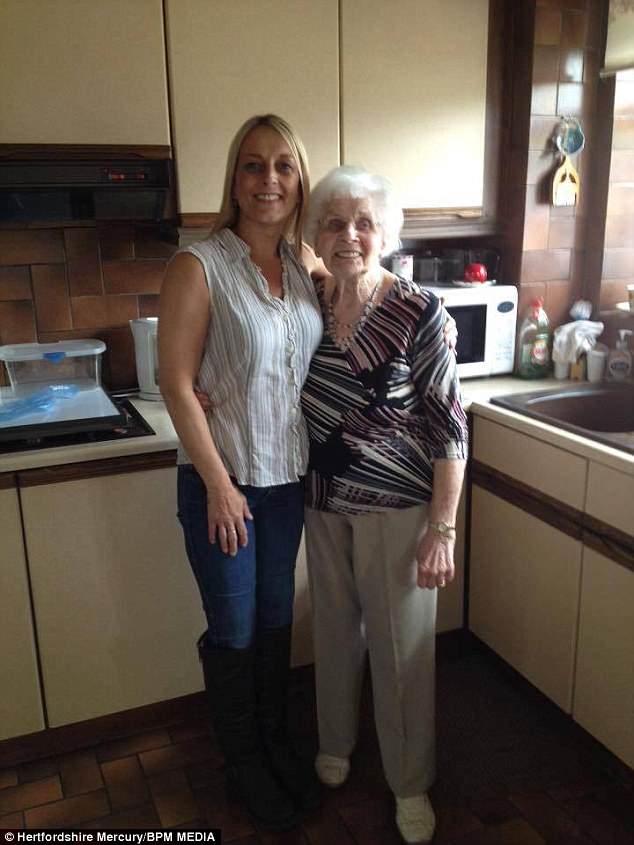 Ms Stammers, who suffers from Klippel-Trénaunay syndrome, was on her way back from visiting her mother when she saw the boys and rushed to help (pictured with her mother)

The three children, who go to St Mary’s High School in Cheshunt, Hertfordshire, have already picked up Special Achievement Awards at the Broxbourne Youth Awards for their bravery.

Meanwhile, Ms Stammers described the award as a ‘great honour’ and said she is still in touch with Mrs Cafferkey.

‘It’s amazing to get this award, it’s obviously under sad circumstances but it’s also great that the kids are getting something for what they did,’ she said.

‘I am really pleased for them and I hope other children can see it’s worth stopping to help someone.’

Ms Stammers, who was on her way back from visiting her mother in Waltham Cross when she saw Shawn calling for help, revealed she ‘hates’ going under the bridge now and avoids it when she can.

She still sees her mother once a week and pays special attention to any bridge she goes under to make sure nobody is standing by the edge.

The heroes of the day were nominated for their awards by Hertfordshire Police.

A date for the awards presentation has not yet been set.