Schools have reportedly been told to give pupils smaller meal portions to save cash, it emerged yesterday.

They have also been advised to keep money they have raised for local charities and to hold ‘mega-lessons’ that would see three classes taught at once.

Department for Education (DfE) cost-saving experts reportedly came up with the extreme ways for cash-strapped schools to protect their budgets and found a total of £35million of savings that could be made across 70 schools.

The government-appointed consultants also suggested replacing senior teachers with ‘less qualified staff on poorer contracts’, according to a report by MPs.

The Commons education committee yesterday demanded to know more about the recommendations, revealed after documents put together by the consultants were leaked.

MPs say a ten-year plan is needed to ‘fix’ the ‘broken school and college funding system’ and claim there is a £3.8billion annual funding gap.

They warned that funding has not kept pace with rising demands placed on schools, along with increasing pupil numbers and costs.

The MPs were particularly scathing about the advisers, who were parachuted into schools under a trial DfE scheme last year to help heads slash costs.

The DfE has earmarked a further £2.3million to increase the number visiting schools. 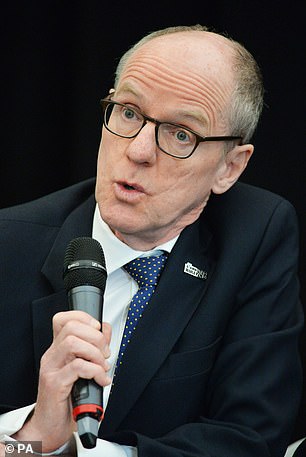 The Schools Week website has reported that it has seen at least 20 secret reports from the trial, which reveal advice to cut curriculums and slash the number of hours in a school week.

Corfe Hills, a secondary in Dorset, was urged to keep 50 per cent of money raised for local charities, including a children’s hospice.

Advisers also suggested the school use spare staff to cover three classes at a time in the dining hall to help save money on supply teachers.

A report for the Chapeltown Academy, a sixth-form free school in Sheffield, advised it to ‘look to improve the efficiency of the kitchen, including reviewing the portion size and waste control’, Schools Week reported.

The education committee report said that when this issue was raised with schools minister Nick Gibb during a session on funding, he claimed the consultants’ recommendations had been taken ‘out of context’.

It said Mr Gibb insisted it was ‘important that schools are using taxpayers’ money as effectively as possible’ and said that the advisers ‘are very skilled and can show schools how to use their money effectively to find efficiencies’.

But MPs said: ‘We call on the department to release the full reports to us, to show the context in which the recommendations were made.’

Geoff Barton, of the Association of School and College Leaders, said ‘Some [of the cost-saving] suggestions cut into educational provision while the idea of keeping half of the money raised at charity events is completely unacceptable.’

A DfE spokesman said: ‘While it is accurate to say that school funding is at its highest level, we do recognise that there are budgeting challenges.’

Schools must not close early in a bid to save cash, government guidance signalled yesterday.

The Department for Education published updated advice on changes to the school day amid rising numbers of headteachers taking cost-cutting measures.

Last month, Fulbourn Primary School in Cambridgeshire announced it was closing early once a week to make ‘significant savings in a tough financial climate’. 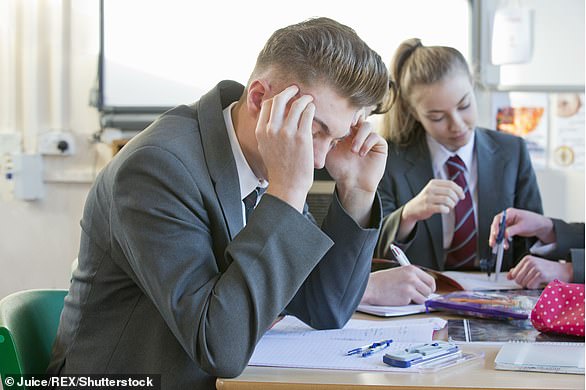 Schools must not close early in a bid to save cash, government guidance signalled yesterday

Classes will finish at 1.30pm instead of 3.30pm on Wednesdays from September.

But the new DfE guidance states that it is ‘unacceptable’ to shorten the school day or week ‘unless it is a direct action to support and enhance’ pupils’ education.

It warns that schools must not cause ‘inconvenience’ to parents.

Admissions appeals could also become more prevalent if families are allocated a school with a shorter week.

The document says: ‘In the event that a school decides to make changes to its school day or week, it is expected that schools will act reasonably when making such decisions; giving parents notice and considering the impact on those affected, including pupils, teachers, and parents’ work commitments and childcare options.

‘In particular, schools should consider the potential impact of a shorter week on parents’ work commitments, their childcare options and their choice of school.’

‘Schools should also consider the potential impact of a shorter school week on parental choice as part of admissions and admission appeals processes.’

Earlier this month, The Guardian reported that more than 200 schools in England were cutting short the school week or actively consulting on it, because they could not afford to educate pupils for a full five days.

The figure was revealed on the eve of a demonstration in Westminster by parents and pupils protesting about a crisis in school funding.

It was organised by Labour MP Jess Phillips, who claimed 26 schools in Birmingham, including her son’s primary, were either already on a four and a half day week or about to introduce it.