A handful of private schools in Victoria have agreed to trial new facial recognition technology which could end up being used on school pupils as young as five.

The small LoopLearn devices will be installed in the classrooms and schoolyards of participating institutions.

Teachers and staff are then able to access the information on a web dashboard or mobile app.

LoopLearn promotes itself as ‘small, unobtrusive, purpose designed devices’ which can ‘automatically provide detailed attendance analytics’ to the school.

The devices aim to help teachers account for each student at any time of the school day, as well as reduce the time it takes for teachers to conduct roll calls.

However, some have raised objections to the intrusive technology.

One person referred to the facial recognition system as a ‘kiddie spy company’.

Social media users also questioned how a child could ‘opt out’ of the technology.

One user tweeted that there should be a ‘comprehensive privacy impact assessment’ that is released to the public before the technology is implemented in schools. 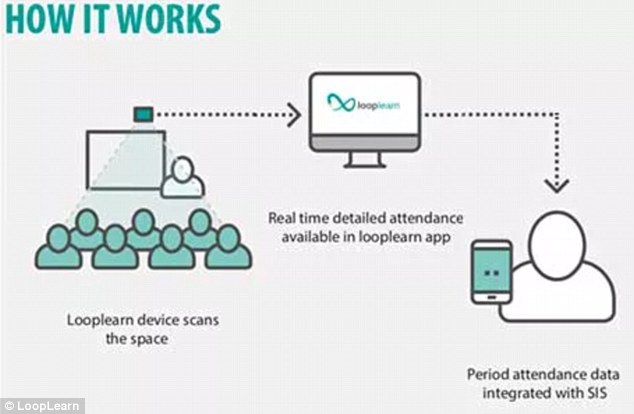