Schools may be forced to make pupils mix with other ethnicities

Schools could be ordered to ensure their pupils mix with children from other ethnicities and religions under Government proposals.

Communities Secretary Sajid Javid wants all schools without a diverse population to make sure children have exposure to families who are not like their own.

His ‘integrated communities strategy’ aims to promote more tolerance among youngsters and prevent some sections of society becoming too isolated and inward-looking.

Sajid Javid, pictured, wants schools without a diverse population to make sure children have exposure to families who are not like their own to help promote integration

But the proposals are likely to prove controversial if it means schools will be penalised for failing to integrate to a high enough standard.

A number of isolated village schools have been marked down by Ofsted in the past for failing to teach children about other cultures.

And some Christian schools have lost marks because they did not raise enough awareness of tolerance of gay and transgender people.

Some head teachers already complain they have too much responsibility and would prefer to concentrate on core missions such as raising attainment in maths and English.

Launched by Mr Javid with the backing of £50 million of Government money, it follows the 2016 Casey Review, which warned that social cohesion cannot be taken for granted in the multicultural UK. 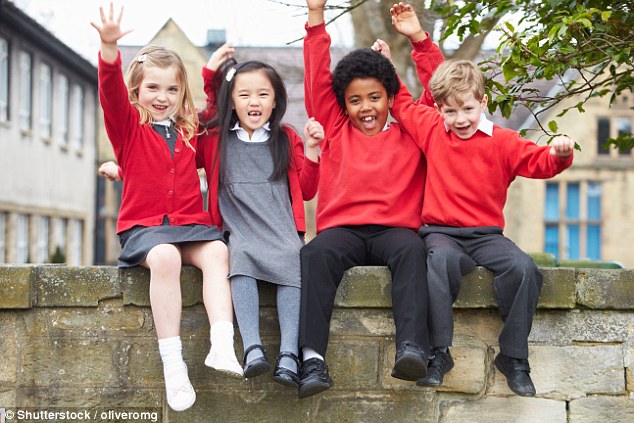 Mr Javid said: ‘Britain can rightly claim to be one of the most successful diverse societies in the world. But we cannot ignore the fact that in too many parts of our country, communities are divided, preventing people from taking full advantage of the opportunities that living in modern Britain offers.

‘Successive governments have refused to deal with the integration challenges we face head on, preferring to let people …live isolated and separated lives. We will put an end to this.’

Five pilot areas – Blackburn, Bradford, Peterborough, Walsall and the London borough of Waltham Forest – will develop integration plans allowing strategies to be tested as the programme develops. Among other proposals set out in a green paper are a community-based English language programme and personalised skills training to help women from ‘isolated’ communities into work.

Education Secretary Damian Hinds said: ‘We want to make sure that all children learn the values that underpin our society – including fairness, tolerance and respect.

‘It’s also important that children are taught in a safe environment and that we can act quickly if children are at risk or being encouraged to undermine these values.’