Known for her impressive horse-handling skills, Gina Maria Schumacher was seen taking the reins once more as her Formula One legend father remains unable to speak or walk.

Gina, 20, stunned the National Reining Horse Association (NRHA) yesterday as she took part in its novice Cavalli a Roma event in Italy. Though she secured first place, she wasn’t present at the prize-giving ceremony.

Just four months ago she showcased her riding skills at the NRHA European Derby in Lyon, France, where she was watched by her boyfriend Iain Bethke and mother Corinna Schumacher.

It was the same month she  issued a heart-wrenching appeal to reignite hope for Michael’s recovery.

The seven-time world champion, 49, has been unable to walk or speak since suffering a head injury during a life-threatening skiing accident in the Alps in December 2013.

Gina reignited hope for her father to return to health as she urged the sportsman to ‘keep fighting’, in an inspirational Instagram message.

The record-breaking driver was put into a medically induced coma and underwent two life-saving operations at Grenoble Hospital. 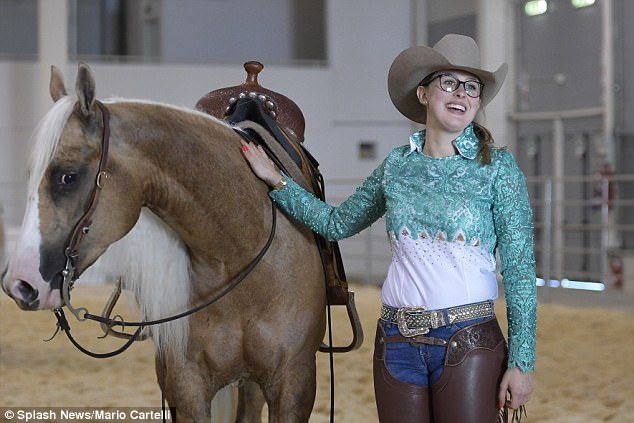 In April 2014 he was withdrawn from the coma and moved to a hospital in Lausanne, Switzerland, before being brought home in September 2014.

Official updates from the Schumacher family have been few and far between since the accident.

In January, Gina posted an emotional message to her father on Instagram as he celebrated his 49th birthday.

She wrote: ‘Happy Birthday to the best Dad ever. We love you. #keepfighting.’

His former boss, Luca di Montezemolo, has said she draws hope from the driver’s resilience, telling Courier Dello Sport: ‘As I know his strength, I dream that he will soon be among us again.’ 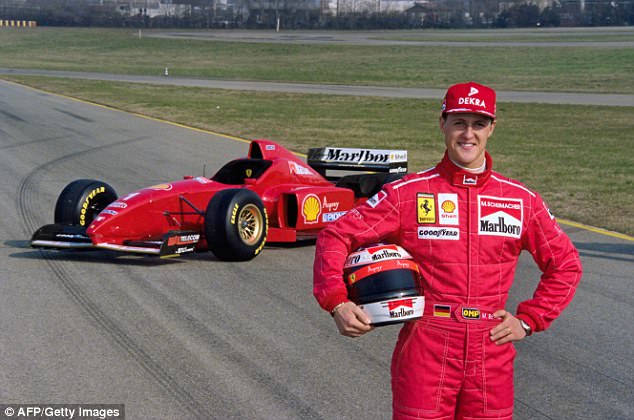 Schumacher is continuing to undergo rehabilitation at his home, which is on the shores of Lake Geneva, Switzerland. His family remain reluctant to give the media any more information about his condition.

But German academic Mark Obermann, who directs the Centre for Neurology at the Asklepios centre in Seesen, says the family ‘shouldn’t give up hope’.

Highlighting a new study he said there were good results for patients in a persistent vegetative state. 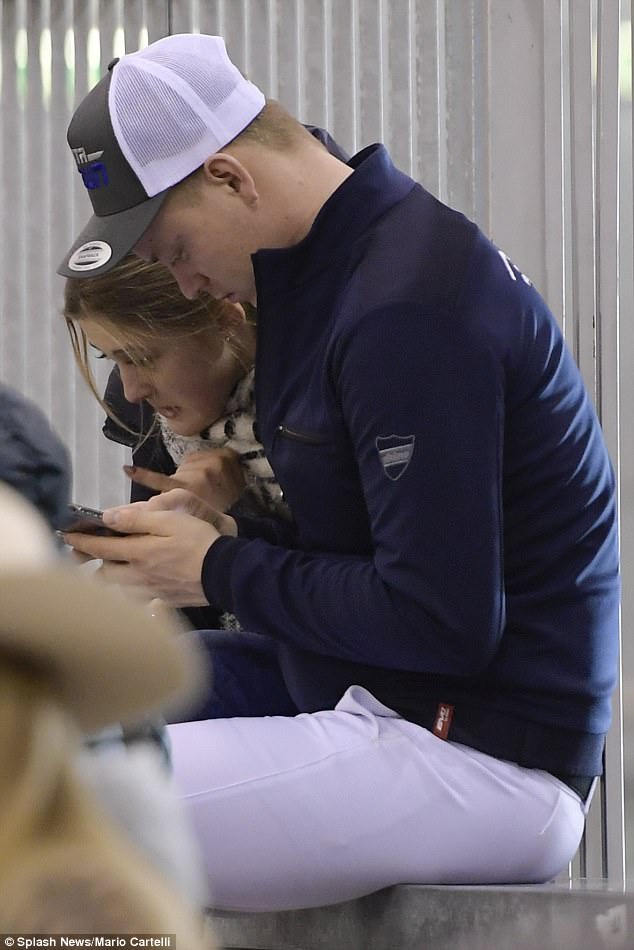 Gina is pictured with her boyfriend at the Italian competition, after the couple also attended an NRHA event in November

Though he admits this does not mean patient’s make a full recovery, the professor told the Daily Express: ‘Many can come back to life and see how their children and grandchildren grow up, what plans they have or what else happens in the family or in the circle of friends.’

The driver won 91 races and earned 151 podium finishes, bringing his career points to 1,566.

The German’s first win was at the 1992 Belgian Grand Prix, with his first Championship victory coming in 1994, when he scraped first place by just one point. The Brazilian Grand Prix in 2012 was Schumacher’s final race.