Scientist jumps off Itchen Bridge after splitting from fiancee

Brendan Neville, 39, jumped from the Itchen Bridge to his death after splitting from his fiancee

A heartbroken scientist threw himself off a 100ft bridge after separating from his fiancee of 20 years.

Brendan Neville, 39, drove his motorbike to the Itchen Bridge – which connects Itchen to Southampton – at around 6am on February 6 before hurdling the railings.

Jeffery Nowacki, who was driving his wife to work, spotted Mr Neville on the edge of the bridge peering out to the water and tried to talk him out of it.

Mr Nowacki told an inquest into his death today: ‘When I was about a foot and a half away, I said something to the effect of, ‘things can’t be that bad. Think of your family’.

‘He turned to look at me. It was almost as if he looked right through me. Then he turned back and let go.’

Emergency services, who scrambled to the scene, called for the coastguard to assist in rescuing Mr Neville from the icy waters of the River Itchen, where he had contracted hypothermia.

He was rushed to Southampton General Hospital, where he died two days later with his family and fiancee by his side. 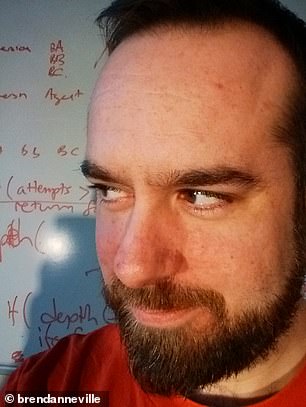 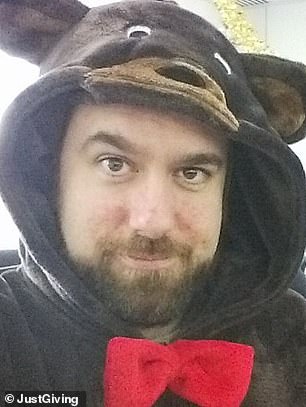 The inquest in Winchester heard Mr Neville, who worked at Zurich Insurance as a data scientist, had been struggling with his break up from Victoria Randall.

Ms Randall told the coroner she and Mr Neville had grown apart over the years as she battled anorexia and he struggled with a drinking problem.

On February 1, Mr Neville came home from work with a bouquet of flowers saying he wanted to sort things out between the pair.

But Ms Randall told him she needed space and they agreed for him to give her the flat to herself for seven days.

‘He eventually agreed to move out and there was nothing nasty about it. There was disappointment about it on his side, there was guilt from mine.’

Ms Randall said they had continued to communicate regularly and she had hoped they would begin dating again.

Heartbroken Mr Neville visited his GP two days before his suicide after suffering his first ever panic attack and was prescribed antidepressants.

At 5.13am on February 6, Mr Neville wrote a ‘goodbye’ letter to his fiancee, parents and close friends in which he apologised for what he was about to do.

His family said they weren’t concerned about his mental health as he showed no signs of depression and had been coping well with the breakup.

Hampshire Coroner Grahame Short, concluding the inquest, said: ‘All of that to me shows a planned a premeditated act. I believe he had made that decision, prepared for it and then put that into effect. 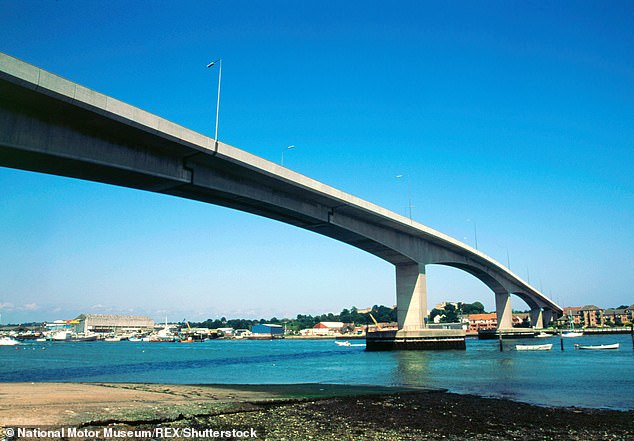 He added: ‘I conclude that there was no one who had any inkling as to what was in Brendan’s mind, as to what he was planning to do that morning.

‘A death in these circumstances leaves all sorts of emotions and feelings of loss and I do urge everyone who is involved not to feel blame for Brendan’s decision.

‘It is very hard to know what is in someone else’s mind and it is only with the benefit of hindsight that we now begin to understand what he was going through at that time.’

A spokesman for Zurich said: ‘We are deeply saddened by the tragic death of our friend and colleague Brendan.

‘Brendan was a highly talented and much respected colleague, who is very much missed.

‘The thoughts of everyone at Zurich are with Brendan’s friends and family, and we extend our deepest sympathies to them.’