Birth rates are usually pretty even between the two genders.

But that’s not the case in the Polish village of Miejsce Odrzanskie, which is situated in the south-west of the country.

There, in a bizarre biological quirk which has stunned locals, the newborns have all been female for more than a decade.

Here, writing for The Conversation, Craig Anderson from the University of Glasgow explains the science of it all and why it is actually not that unexpected.

Rare occurrence: It has now been almost a decade since the last boy was born in the tiny Polish village of Miejsce Odrzanskie, with the most recent 12 babies all having been girls

The tiny Polish village of Miejsce Odrzanskie has become the unlikely source of international media attention over the past fortnight as a result of what the New York Times called ‘a strange population anomaly’.

It has now been almost a decade since the last boy was born in this place, with the most recent 12 babies all having been girls.

The mayor of the region is quoted in the article as saying there has been ‘scientific interest’ – presumably from geneticists – in exploring what has led to this unusual sequence.

He also discusses some glaringly unscientific advice the town has been given on how to conceive boys, ranging from changing mothers’ diets to ‘keeping an axe under your marital bed’. But the most prosaic suggestion mentioned in the article is also by far the most likely – that it’s just a statistical coincidence.

So how could this be possible? Just like a coin toss, a birth has two equally likely outcomes – and therefore the probability of any given baby being a girl is ½. We can also assume that each individual birth can be considered to be independent of the previous one – the first mother having a girl doesn’t make it any more or less likely that the second mother will have a girl. 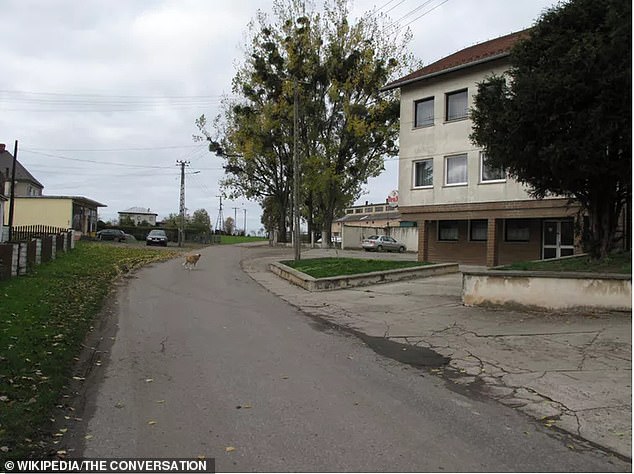 Unlikely place: The mayor of the region is quoted in the article as saying there has been ‘scientific interest’ – presumably from geneticists – in exploring this unusual sequence

HOW WILL THEY WELCOME A BOY?

County Mayor Rajmun Frischko, a father of two girls, told TVN24 Friday that he will have a nice surprise ready for those who next have a boy.

During an interview with the New York Times, Frischko said that he was ‘considering naming a street’ and an oak tree after the long-awaited male child.

In isolation, that sounds extremely unlikely – if you were told there was a one in 4,000 chance of it raining tomorrow then you probably wouldn’t bother with your umbrella.

However, it’s important to remember that these odds relate to the very specific question: ‘What is the probability of there being 12 consecutive girls born in Miejsce Odrzanskie?’.

There’s nothing special about this town in Poland – it would still have been international news if the same thing had happened in a village in Lithuania or Hungary. Likewise, it would still be equally newsworthy if it had been 12 consecutive boys instead of girls.

If we change the question to: ‘What is the probability of the last 12 children born in some town somewhere in the world all being the same sex?’ then we see a completely different story.

The GeoNames database is an online database containing details of every town in the world with a population of over 500, and it suggests there are just under 200,000 such towns across the planet. 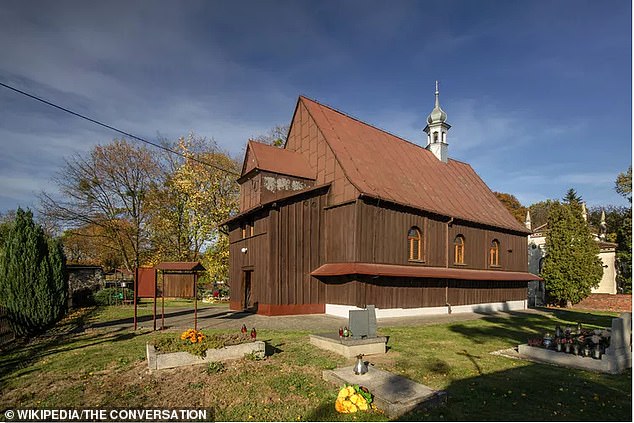 Sleepy location: The village has a population of 328 and was formerly part of Germany and known as Mistitz 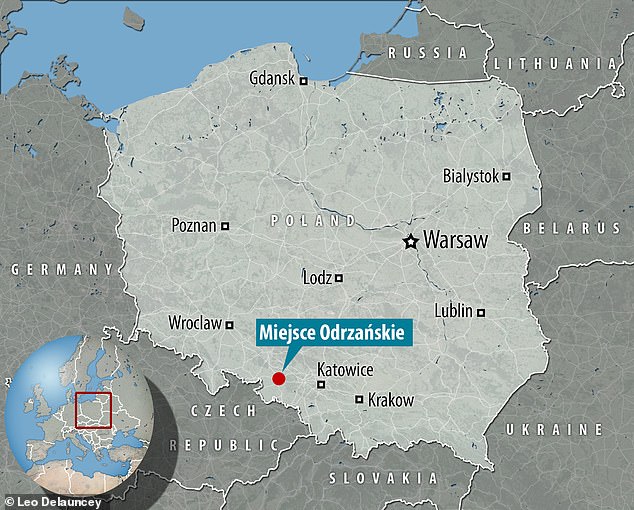 Not so uncommon? Like Miejsce Odrzanskie, there are in fact probably about 99 other places in the world where something similar is happening right now

So, although this run of girls seems like a strange and unique event to the people of Miejsce Odrzanskie, there are in fact probably about 99 other places in the world where something similar is happening right now.

Part of the reason why the Miejsce Odrzanskie case might have captured so much attention is down to the timescale involved. It is a very small village of just 272 people with a birth rate of not much more than one per year.

That means that this run of 12 girls is extended over almost a decade, which is what has attracted so much attention.

In comparison, there were 6,852 babies born here in Glasgow in 2017, which corresponds to about 19 per day. If we had 12 girls born in a row here, it’s unlikely anyone would even notice, since there would actually be several boys born on the same day as well as the day before that and the following day.

This is all part of what eminent mathematician (and magician) Persi Diaconis calls ‘the blade of grass paradox’. Suppose you walk into a field and pluck one blade of grass out of the ground.

There were millions of blades which you could have picked, and no matter which one you picked the odds of you getting that particular one were one in several million. Every possible outcome is extremely unlikely, but one of them has to happen.

It’s a similar idea to the UK National Lottery – the six numbers on your ticket have roughly a one in 45m chance of winning, but of course the same is true of whichever six numbers are actually drawn from the machine.

Human beings are notoriously terrible at identifying and understanding randomness, mainly because our brains work on the notion of pattern recognition.

This concept of seeing patterns in random data has a number of names is often known as the clustering illusion, or the hot hand fallacy.

If we go back to the Polish babies, the exact sequence GGBBGBGBBGBB (G for girl and B for boy) also has a 1/4096 chance of happening.

That’s because it is achieved by 12 consecutive random events, each with a probability of ½, just the same as the sequence GGGGGGGGGGGG. But if this had happened over the past decade in Miejsce Odrzanskie, then nobody would have paid the slightest bit of attention because it seems more “normal”.

Making sense of these types of probabilistic paradoxes is essentially why we statisticians exist. Rather than answering the question: ‘What are the chances of this happening?’, we instead look at the inverse problem: ‘This has happened, what are the chances that it is just down to randomness?’

Thinking about the world in this way helps us to realise that a lot of things that seem improbable, such as the 12 girls in a row in Miejsce Odrzanskie, are in fact completely normal and indeed expected.